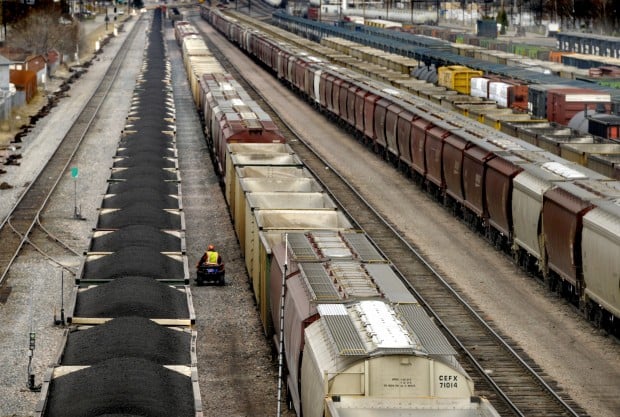 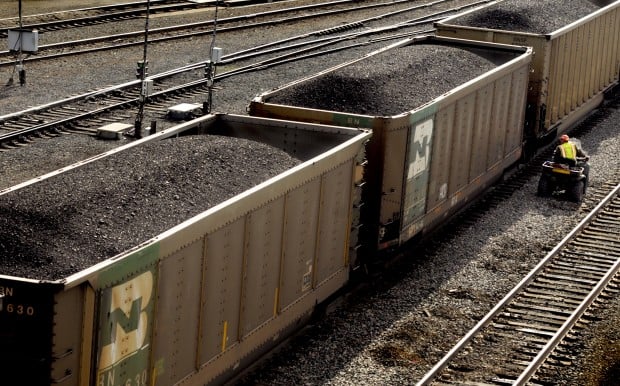 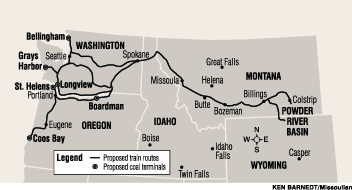 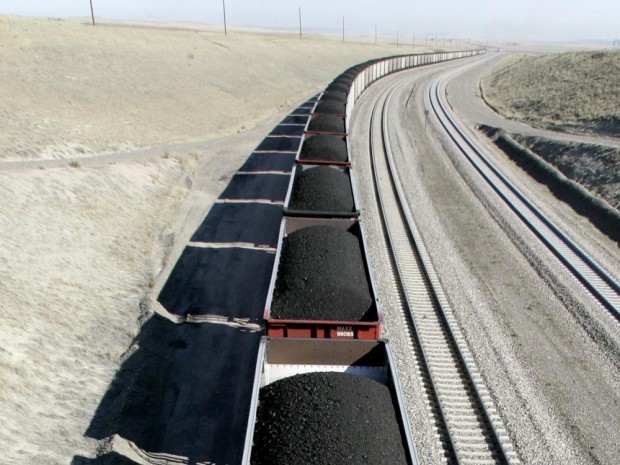 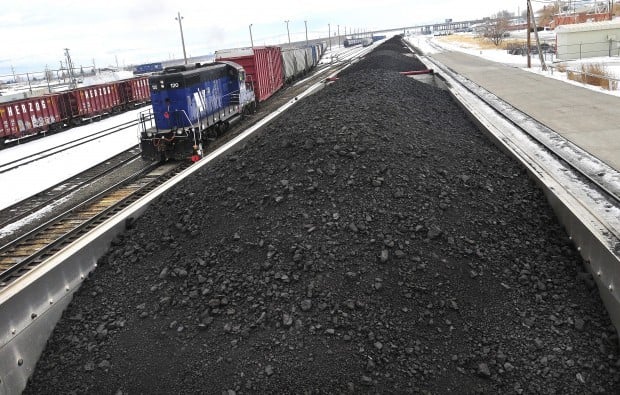 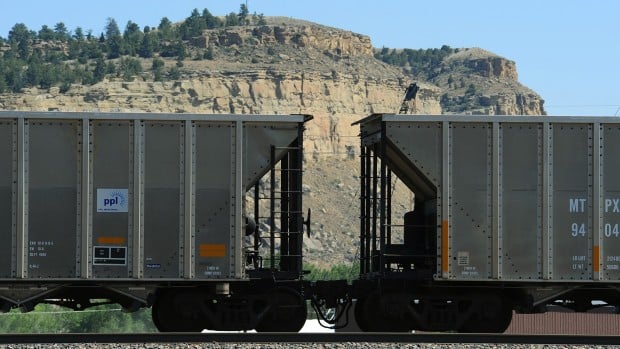 BILLINGS - On an average day, 15 trains pass through Billings, about a third of them going to or from Powder River Basin coal mines.

The railroad right-of-way stands between Montana and Minnesota avenues in downtown Billings. Each train clogs vehicle traffic on North 27th, 28th and 29th streets for an average of 4 minutes, 34 seconds.

It’s about double that in Missoula, where the crossing on Madison Avenue is near the rail yard and trains come in very slowly, said Lynda Frost, spokeswoman and assistant to the president of Montana Rail Link.

The company says its goal is to block crossing for no more than 10 minutes at a time.

In the grand scheme of things, that doesn’t seem long — unless you’re idling in lines a couple of blocks deep waiting for a 125-car train to clear.

Nothing stirs debate about increased numbers of trains as much as the prospect of more traffic tie-ups at major crossings like 27th Street in Billings.

“I’ve been knocking on doors on the South Side and talking to people about this very issue,” said Rep. Robyn Driscoll, a Democrat who is campaigning to retain her seat in House District 51. “They don’t want any increase at all. The issue of access is huge, and it’s been going on forever.”

Complaints about rail traffic probably started piling up soon after tracks were laid in 1882. The railroad that built the city and keeps it humming even today also serves as a dividing line.

South of the tracks are oil refineries, the sugar factory, the city’s poorest neighborhoods and a lot of government facilities — RiverStone Health, Montana Women’s Prison, the county jail, the Highway Patrol and Passages, a halfway house.

Driscoll said her clients are especially worried about emergency services when trains are on the tracks. They also don’t believe the crossing arms are down an average of just 4 minutes and 34 seconds for each train.

“We’re not against the railroad, but it’s already an inconvenience,” said Ward 1 City Councilman Jim Ronquillo, who represents the South Side.

“We’re worried. We want to know what’s coming and when it’s coming.”

Bruce MacIntyre, director of business advocacy and government affairs for the Billings Chamber of Commerce, said he believes the prospects of big changes in train traffic for Billings have been blown way out of proportion.

The Billings Chamber stands firmly behind energy development and the railroads.

MacIntyre’s office in the Chamber building is on South 27th Street, and he attends meetings almost daily north of the tracks.

“I’ve just learned to allow an extra 8 to 10 minutes in case there is a train on the tracks,” he said.

Issues related to train traffic weren’t generated recently by concerns about additional coal trains. Billings has been trying to find solutions for decades.

“I’ve lived here all my life and it’s always been a topic of discussion,” he said. “Every 15 or 20 years we do a new study and come up with the same answers and put it on the shelf and don’t do anything about it.”

The last study was presented to the city in 2004. It made many recommendations, some of which have been implemented, according to South Side advocate Marion Dozier. Among them was establishment of a quiet zone through downtown. Trains now pass through without blasting their horns at crossings.

But the preferred alternative for a long-term solution was an underpass at 27th Street and Montana Avenue. Cost at the time was estimated at $19 million.

While Over, Under or Around, the group that sought money for the study, had the support of the congressional delegation, it did not have the backing of downtown interests or the Chamber of Commerce, she said.

When it came time to prioritize for federal funding, the project fell off the list.

“That was the final blow,” Dozier said. “We were just beating our heads against the wall. It wasn’t going to happen.”

Terry Smith, city traffic engineer, remembered that the downtown community felt the underpass would be just as much a division for them as the tracks themselves. An underpass would cut off direct access to some businesses in the area, he said.

Another problem was that to establish a reasonable grade, construction would have had to start well back of the underpass, creating more access problems, he said.

Smith said some traffic signal recommendations from the 2004 study are being implemented and should help the flow of traffic around the crossings. Flashing lights warning of trains on the track have been installed well in advance of the crossings so motorists have time to take another route, he said.

Motorists could divert east to underpasses at 13th or 21st streets, or west to a four-lane overpass on Sixth Street West. The underpasses do have limitations. At 13th Street, clearance is just 13 feet, 8 inches. It’s 8 feet on 21st Street.

In the process of establishing the downtown quiet zone, circuits at the crossing were upgraded so the crossing arms don’t automatically go down on 27th Street when switching operations are in progress further west, said Erin Claunch, a staff engineer for the city.

Claunch said the state is looking at adding left-turn signals on 27th Street to keep traffic moving around the tracks, but current signal equipment won’t support a left-turn phase.

“It’s not just a matter of putting an arrow up,” he said.

Driscoll said her constituents on the South Side say they don’t believe adding signal lights or upgrading automatic controls at crossings will fix anything.

“They tell me that’s absolutely not true,” she said. “If it’s such as easy fix, how come it hasn’t been fixed?”

She said that people she’s talked to in her door-to-door canvass of her district want an overpass or an underpass, and that they feel it should be a priority.

But Driscoll doubts that money will be found for either since it would have to be built largely with public money. People in her district repeat a theme heard from Montana to Washington — they don’t want taxpayers to pick up the tab for projects needed to mitigate increased train traffic.

“They don’t want to see taxpayers pay for any of it,” she said.

People in Missoula feel the same way, said Dave Strohmaier, a member of the city council there. An overpass or underpass at a crossing that separates the Rattlesnake Creek area from downtown Missoula would cost millions, he said.

“Who’s going to pay for the infrastructure we need?” Strohmaier asks. “My constituents are concerned. They don’t want to have to pay.”

Columbus, along with Helena and Missoula, would like to establish quiet zones like the one in Billings — especially if more trains are going to be sounding off at crossings. But safety equipment required isn’t cheap.

One of the suggestions in the controversial “Heavy Traffic Ahead” study of potential increases in coal train traffic was legislation that would give the U.S. Surface Transportation Board more authority. The board could then require railroads to pick up more of the cost of mitigating any impacts that result from major increases in train traffic.