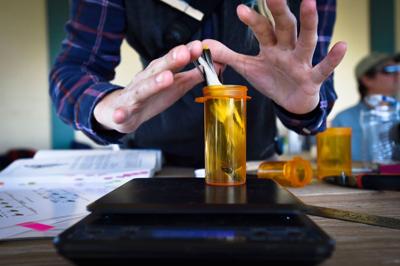 Carefully, she turned the bird onto its back with one hand and placed it into her other hand, held out with a flattened palm. Observers, who came out to Spring Meadow Lake State Park near Helena to watch a team of biologists crimp metal bands onto the birds' legs, saw the grosbeak quickly take off back toward the lake.

That process was repeated throughout the morning on July 8, with some birds squawking and pecking at biologists' hands as they awaited release.

Garrod, a biologist with the University of Montana's bird ecology lab, was part of the team running Spring Meadow's bird banding station on July 8. The station is part of the Monitoring Avian Productivity and Survivorship program, which captures birds for banding and data collection. Banding allows tracking of population trends, including survival, reproductive rates and movement patterns across the country.

This work has become important as a number of bird species are experiencing population declines, according to the Western Ecological Resource Center. The MAPS program provides crucial information to help biologists monitor and help species recover before it's too late.

There are up to 1,200 MAPS bird banding stations nationwide. The MAPS program has operated since 1989 and collected more than 2.5 million records.

But, the banding station at Spring Meadow is unique, said Allison Begley, an avian conservation biologist with Montana Fish, Wildlife & Parks. The program is open for the public to observe the work and then assist with the release of birds.

“We’re working on a model where we’re using this national program that lets us understand birds better and pairing it with one of our missions at Montana WILD: education,” Begley said. She added FWP views it as important to invite the public to see science in action.

The MAPS program lays out protocols for capture, banding and data collection. About 15 people help out with the program including around 10 FWP volunteers.

The MAPS station at Spring Meadow has 10 nets set up just off the trail around the lake. The nets are made of fine mesh with pockets. When birds fly into the net, they drop into the pockets for capture.

Nets are checked every 20 minutes and the station runs for six hours under the MAPS protocol, said Garrod.

Each bird captured is put in a clean fabric bag and taken back to the banding station.

The banding happens at a gazebo outside Montana WILD, just up the hill from Spring Meadow. A picnic table in the middle had calipers, rulers, a scale and clipboards scattered across it. Biologists spread the birds’ wings apart to examine their molt, which shows age, and blew on their underbellies to show maroon-colored brooding patches, which offer information about whether the bird is sitting on a nest. Data was recorded on a sheet before the birds were set free again.

The Spring Meadow station has captured and banded over a dozen different species in the three sessions held since June.

Running a banding station has been Begley’s dream for nearly 20 years. She saw a well-run banding station in college that inspired her to pursue becoming an avian conservation biologist. Now, Begley is trying to pass that love on to the public.

“A bird in the hand goes so far as far as increasing awe, appreciation and love for these sorts of things,” Begley said. “It does an amazing thing to get folks feeling like there’s a connection.”

At the banding station on July 8, Corie Bowditch, a Montana WILD program specialist, had a whiteboard set up for attendees, and taught a quick lesson with information about the process. Around 15 people cycled through over the course of the morning, including a number of children.

Members of the public watched the data collection, released birds and volunteers took them out to see the nets surrounding Spring Meadow Lake. The kids who came to watch smiled as Garrod asked them to guess the birds' weight, and stuck out both hands so they could set the birds free.

“This location is so accessible and having people out here doesn’t cause a lot of stress to either the birds or the banders,” Bowditch said.

Biologists from the University of Montana’s bird ecology lab, the U.S. Forest Service and FWP helped with the banding process. Garrod has helped with a number of banding stations and thinks it’s cool to see how other biologists set up their stations. She added the Spring Meadow station was “amazing.”

And, Begley added, volunteers are an integral part of the process. Volunteers show up at about 5:30 a.m. to help set up and check the nets and answer public questions.

Jennifer Fritz has volunteered with Montana WILD for four years. A Montana native, Fritz said she loves the state’s wildlife. Volunteering with the bird banding stations is an experience she’d recommend.

“Being so up close gives me an opportunity to see birds I’ve only ever seen in the wild,” Fritz said.

She added this research is important for conservation, and that the more people who have the chance to learn what’s happening at the banding stations, the more opportunities there are to foster love of wildlife.

Bowditch, the program specialist, said the center is hosting three more banding stations throughout the summer, which will be open to the public.

This summer, in an urban state park in Helena, Montana Fish, Wildlife & Parks has been conducting a very visible research project that includes colorful birds, excited biologists, and the public.

Gas prices fall below $4 per gallon

Gas prices fall below $4 per gallon 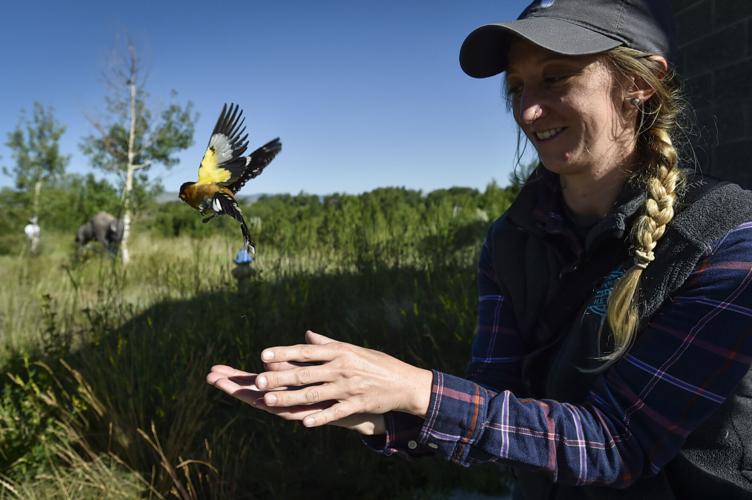 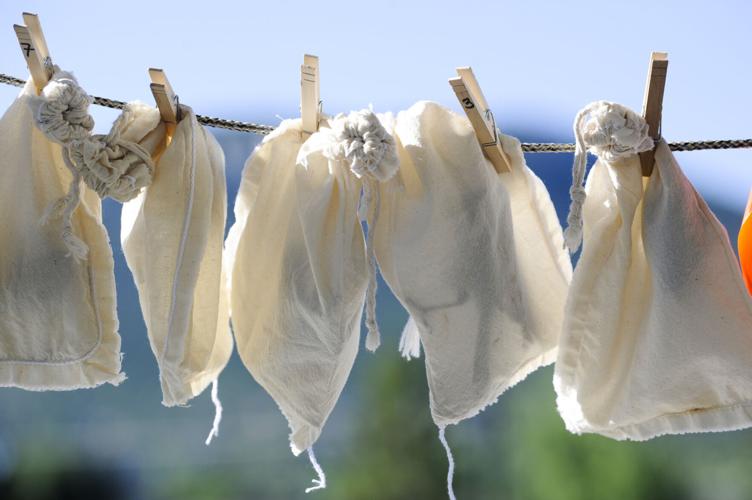 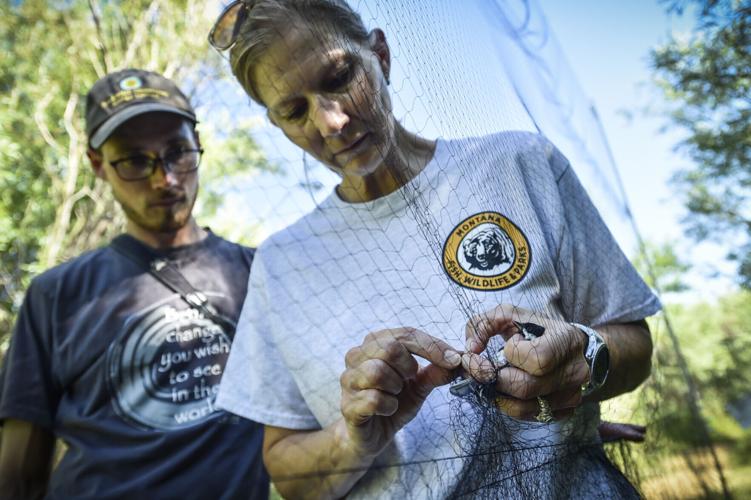 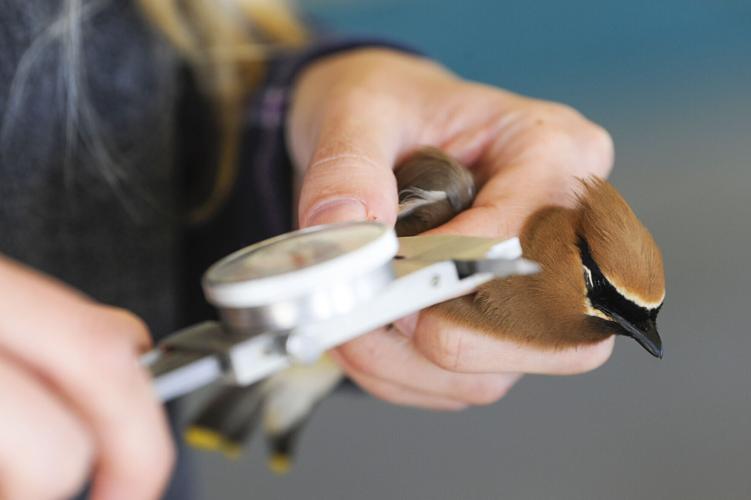 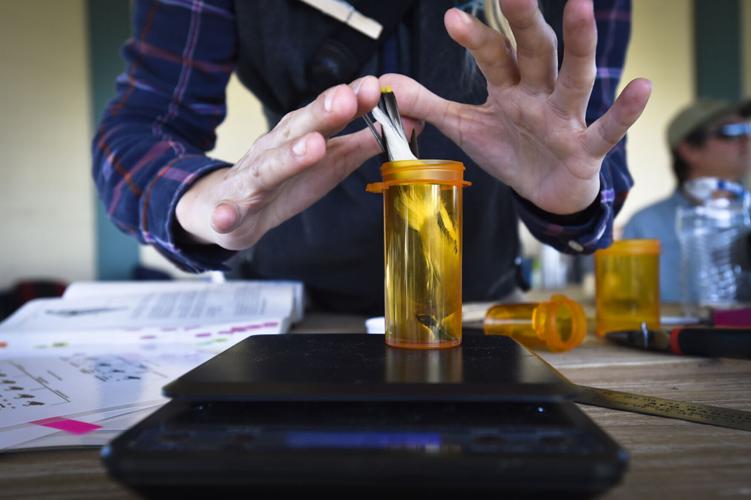 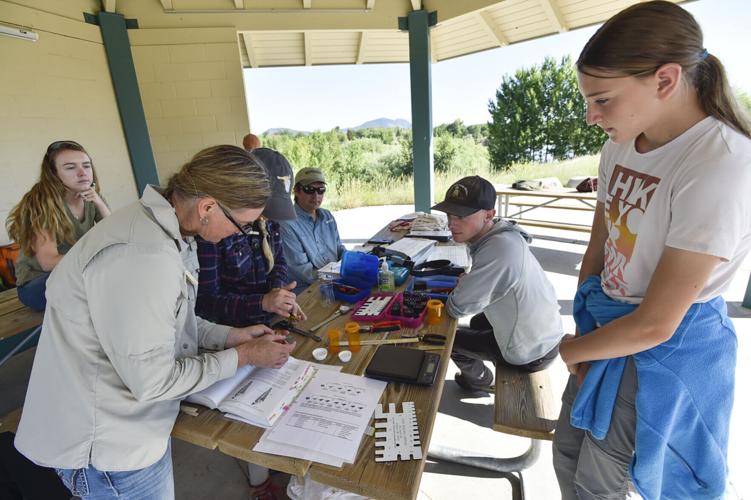 The bird banding station at Spring Meadow is unique because the program is open for the public to observe the work and then assist with the release of birds.