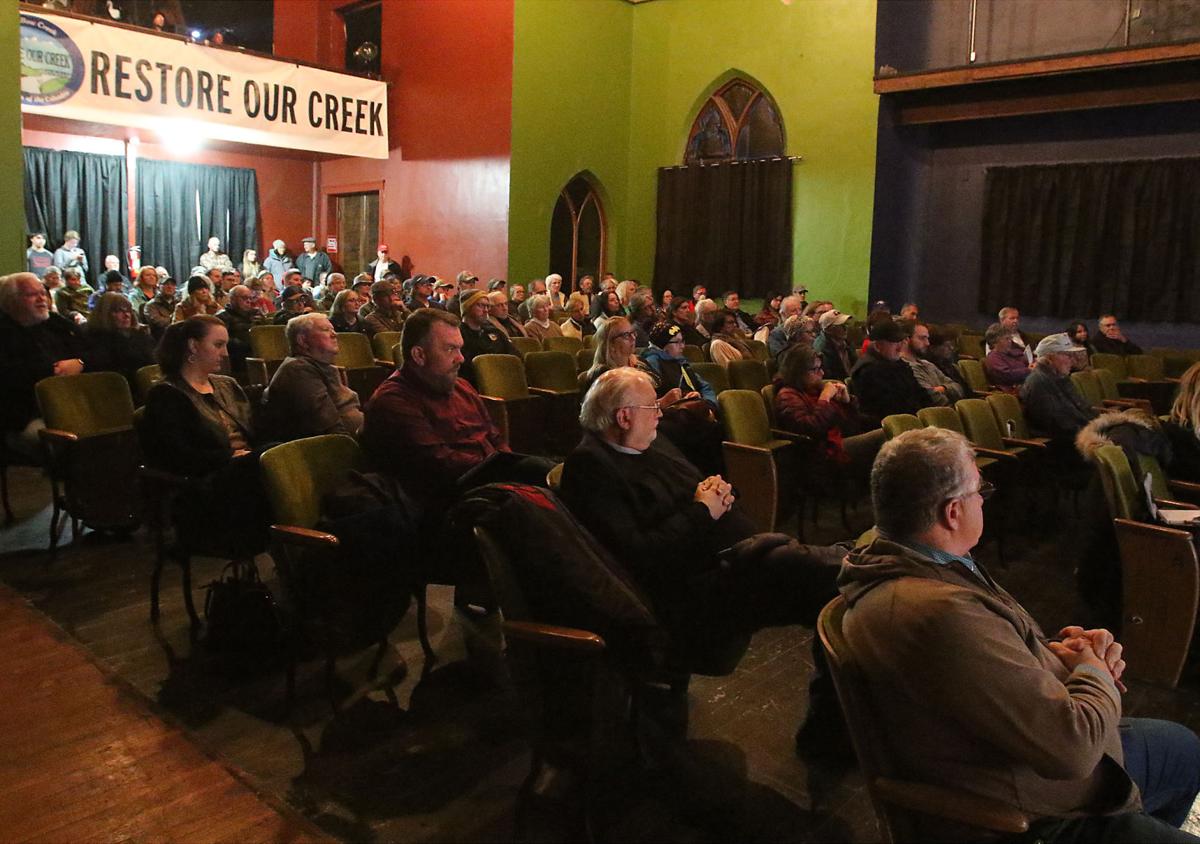 An estimated 100 people attend a Restore Our Creek Coalition rally in November to listen to a host of speakers and show support for the group's efforts in the cleanup and restoration of upper Silver Bow Creek. 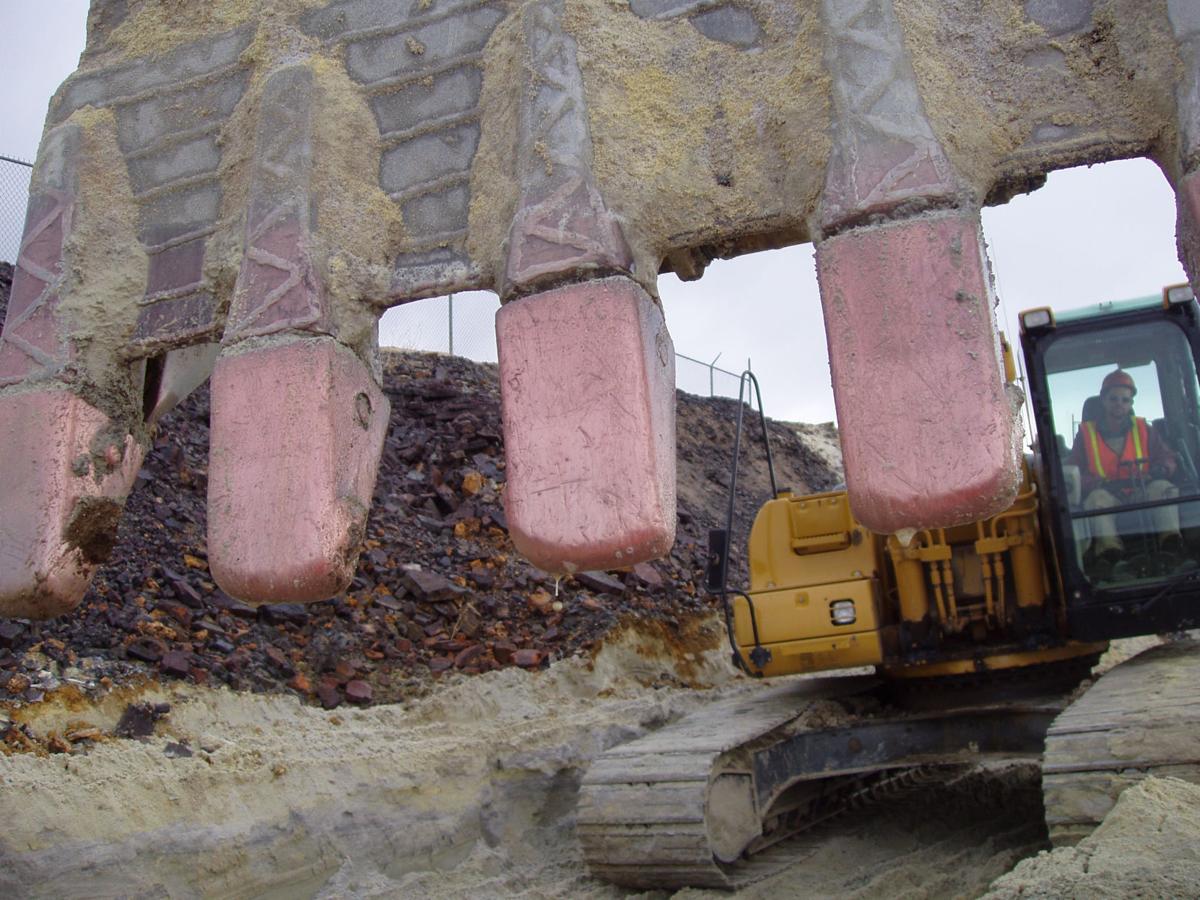 Atlantic Richfield Company dug down into a portion of the old Butte Reduction Works site, west of South Montana Street, in 2004 to build a channel for Missoula Gulch. When the operator hit the water table, the bucket's teeth, seen here, turned copper-plated. The white, sandy-looking material surrounding the operator is the tailings. The black crumbling material above it is crumbled slag. 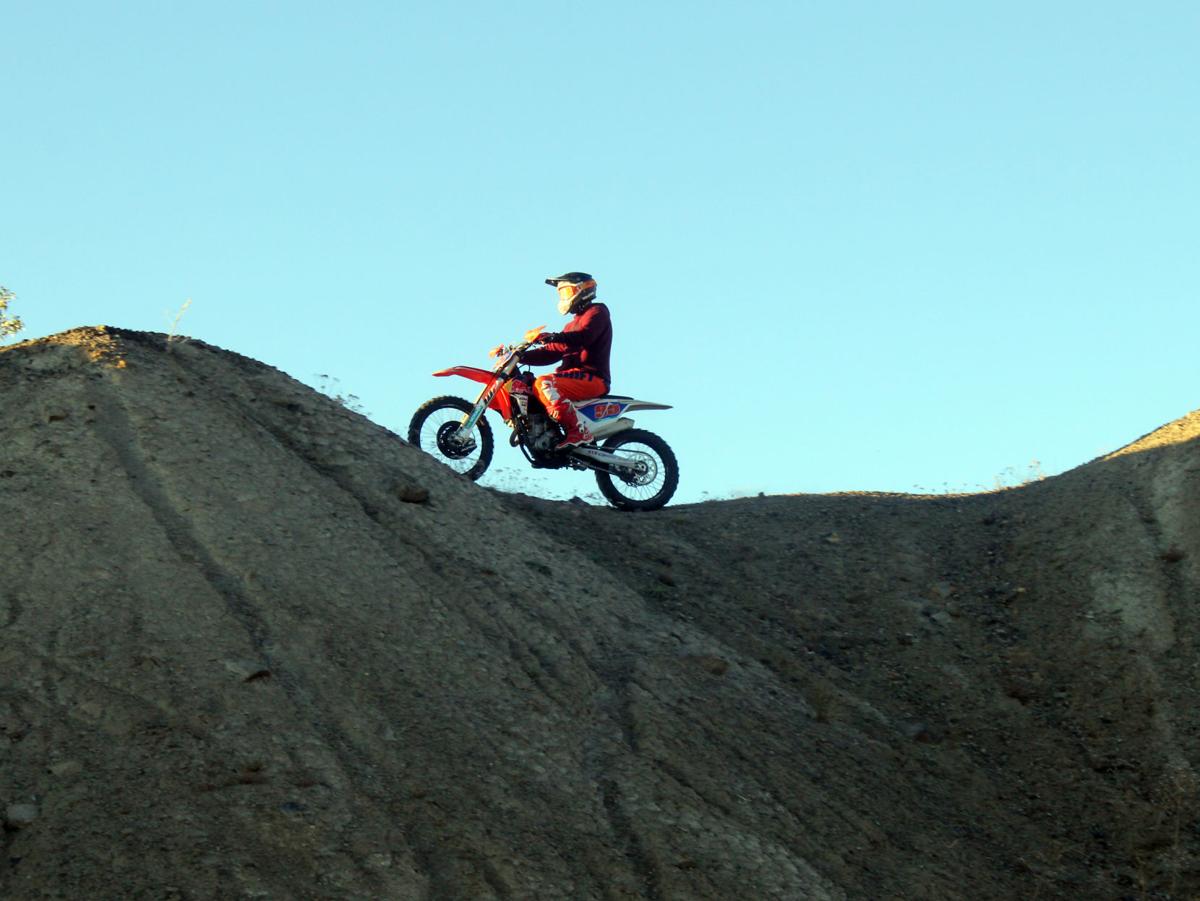 A motorcyclist rides on a mine dump along Orofino Gulch north of Butte in September. The dump area is a portion of West Side Soils, where EPA doesn't know yet who the responsible party or parties are.

BP, the global petroleum giant and parent company of Atlantic Richfield, has had a very good 2017.

Perhaps most importantly, the company has put the financial effects of the 2010 Deepwater Horizon well blowout in the Gulf mostly in the rearview mirror, with future obligations related to the disaster well known and quite manageable when considered against the company's current and projected operating profits, according to analysts.

The fact that the oil giant has regained its fiscal equilibrium could be vital to future settlements relating to Butte's pollution — an obligation that Atlantic Richfield inherited when it took over the Anaconda Copper Mining Company and BP inherited, in turn, with the purchase of Atlantic Richfield.

Indeed, the potential for financial liability arising from the Butte cleanup is not viewed as significant to BP's overall financial picture, two analysts told The Montana Standard.

The company now has "enough liquidity … to absorb some shocks," a leading analyst with Fitch Rating Service said in a recent interview.

"The (Deepwater Horizon) liabilities to BP from the federal government as well as local governments are more or less certain now," the analyst said. "The cash outflows related to (Deepwater Horizon) in 2017 are about $5 billion. In 2018, they should amount to about $2 billion, and in 2019 and going forward, about $1 billion a year."

The analyst, director Dmitry Marinchenko of Fitch's London office, who has been covering BP for the past four years, said that when you consider BP's operating cash flows — or before-tax earnings — of about $25 billion annually, "You can see that $1 billion is not really a very significant burden for the company."

Similarly, potential further Butte obligations are well in line with what many large oil and gas companies have in the way of environmental obligations, Marinchenko said. "I don't see this putting their rating under pressure or having a significant impact on their financial profile," he said.

According to Butte-Silver Bow Superfund coordinator Jon Sesso, Atlantic Richfield has already spent more than $1 billion on the entire Butte-Anaconda-Clark Fork Superfund complex. Negotiations are continuing on the Butte Priority Soils site, and still to be evaluated is the West Side Soils operable unit — the parameters of which are still unclear, both in terms of its geographical borders and its remediation and restoration needs.

The negotiations that will define the ultimate remedy and restoration for Butte Priority Soils, an area of contamination that includes the Upper Silver Bow Creek watershed, have been going on for more than a decade. Recently, EPA Region 8 administrator Doug Benevento has said the negotiators — including BP, EPA, two state agencies, and Butte-Silver Bow — must come to an agreement by January, or he will issue a unilateral order under which the cleanup will be completed.

Key to any agreement is how much of the smelting and mining waste currently in the Upper Silver Bow Creek waterway will be removed. Arco has made it clear it doesn't believe the tailings along the waterway need to be removed, and up until now, EPA has agreed with that assessment.

The state Natural Resource Damage Program and the Department of Environmental Quality have disagreed, consistently voicing the opinion that the current remedy is ineffective and the tailings should come out. At a recent Restore Our Creek Coalition rally, coalition member Evan Barrett called on BP to spend more to achieve a truly effective remedy in the Upper Silver Bow Creek corridor, which is in the center of Butte.

In response to questions for this story, BP spokesman Brett Clanton, speaking for Atlantic Richfield, said that the company has "worked diligently over the past 35 years on remediation and restoration in the Butte area. As a result of that work … we believe the environment in Butte has been transformed.

"There has been a tremendous improvement in the quality of the environment." (See entire statement in related story).

"Although we have made great progress in remediation and restoration in Butte, we recognize that the job is not finished, and some additional work is needed," Clanton added. "EPA has selected final remedies for the Butte Priority Soils and Butte Mine Flooding (Berkeley Pit) operable units, and AR has reserves to pay for the estimated cost of those remedies. In addition, AR has funded a series of trust accounts that allow the city and county of Butte-Silver Bow to implement portions of the Butte Priority Soils remedy at AR's expense."

While BP had to borrow, sell some assets, and reduce both capital and operating expenditures in the initial cash drain from Deepwater Horizon, which has been estimated to exceed $60 billion to date, the company is now in line with industry averages regarding debt and indeed far outpaced the oil industry as a whole in earnings per share in 2017, with earnings per share growth of 116 percent in 2017 compared with a 22.5 percent industry average.

That 2017 performance has been enough to earn the company "strong buy" recommendations from some market experts.

Marinchenko said Fitch wasn't overly impressed with the year-over-year earnings growth since 2016 was a down year due to depressed oil prices and the numbers were affected by "non-cash items," including Deepwater Horizon obligations. But he said the company's rating is "single-A stable," and the outlook is solid with little likelihood of any drop in rating.

He said BP is holding enough reserves to be able to increase production by at least two or three percent over the next several years. "They have several big projects in the pipeline," he said.

When it comes to future projects, BP is anticipating a long-term downturn in fuel demand and so is emphasizing natural gas exploration over oil and is also increasingly focusing on petrochemicals as opposed to fuels — moves that are in line with analysts' expectations.

The export of liquid natural gas is expected to grow greatly, and focusing on natural gas instead of oil is "another way of hedging against oil volatility," Marinchenko said.

Overall, he said, "We would expect BP's financial performance to continue in line with what we see in the industry. We wouldn't expect many surprises."

Response to questions on Butte cleanup and BP's financial health

Editor's note: In the preparation of the accompanying story on BP's financial picture, The Montana Standard asked several questions of BP about the work it has already done in Butte and what remains. Here is a statement in response from BP spokesman Brett Clanton, on behalf of Atlantic Richfield:

Snowpocalypse 2017: Our photographers share snow photos from across the state

With all the snow that has come down and more on the way, there has been plenty of opportunity to capture some beautiful snow images.  Our pho…

Digging out: Western Montana snowstorm caused localized havoc but sunshine on the way

In a Moment: Missoulian photography staff favorite pictures of 2017

Our photographers don't only shoot photos of news, they take amazing images of everyday life in and around Missoula.  Here are their favorite …

Addicted and expecting: How Montana's lack of resources impacts mothers and their children

An estimated 100 people attend a Restore Our Creek Coalition rally in November to listen to a host of speakers and show support for the group's efforts in the cleanup and restoration of upper Silver Bow Creek.

Atlantic Richfield Company dug down into a portion of the old Butte Reduction Works site, west of South Montana Street, in 2004 to build a channel for Missoula Gulch. When the operator hit the water table, the bucket's teeth, seen here, turned copper-plated. The white, sandy-looking material surrounding the operator is the tailings. The black crumbling material above it is crumbled slag.

A motorcyclist rides on a mine dump along Orofino Gulch north of Butte in September. The dump area is a portion of West Side Soils, where EPA doesn't know yet who the responsible party or parties are.