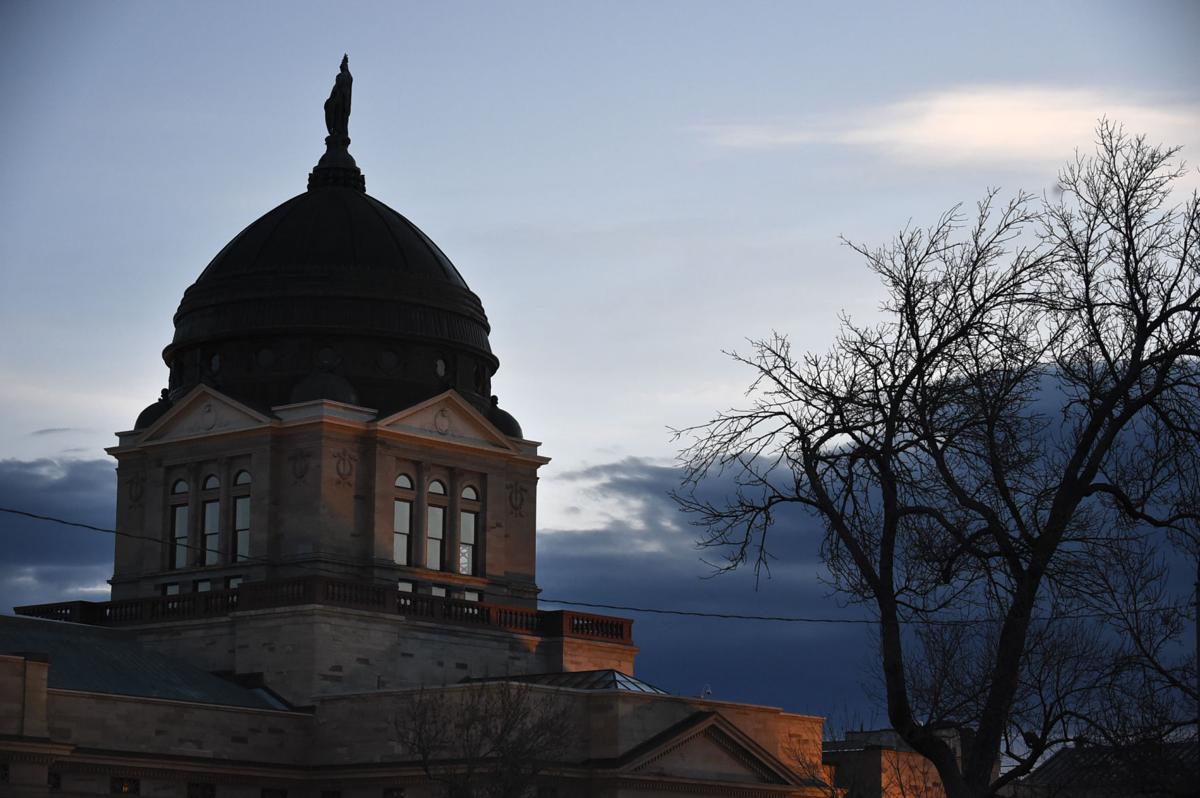 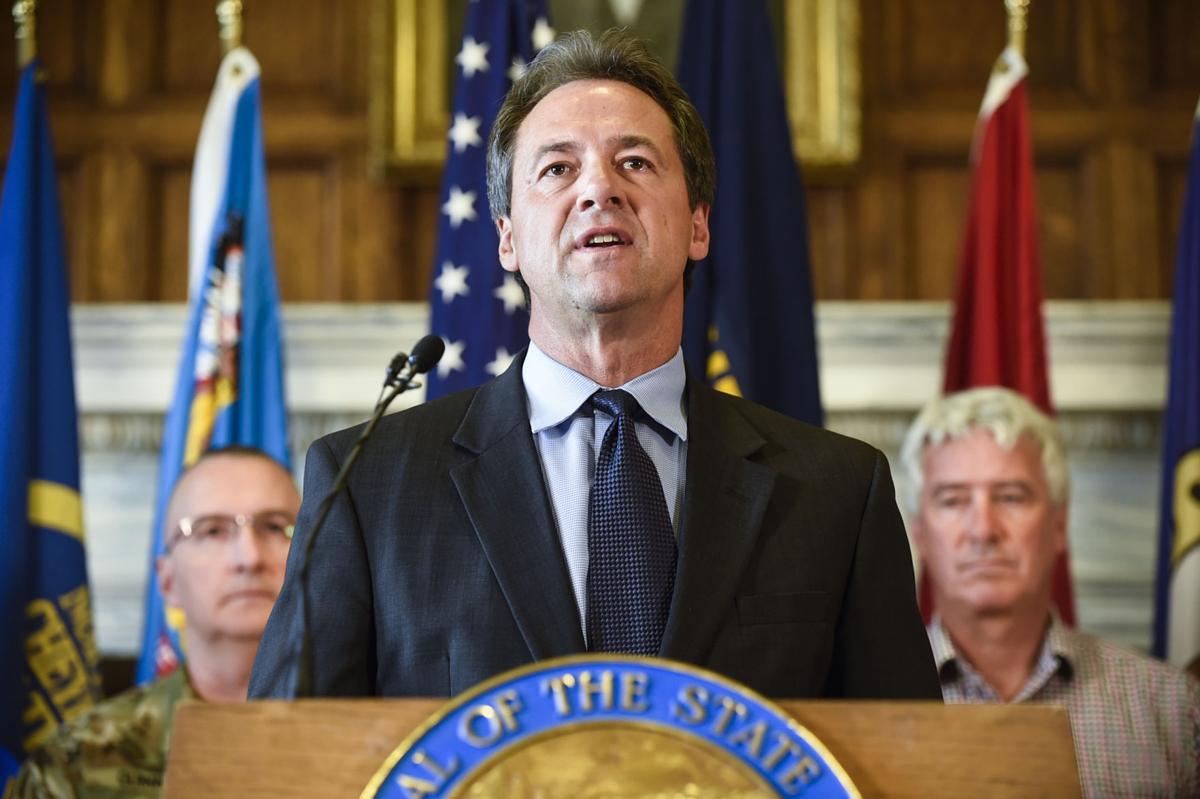 Gov. Steve Bullock issued a call Monday to call lawmakers back for a special session to address lagging state revenues.

A deal on fixing the state’s budget woes could materialize in coming days and a special session could follow shortly after, the governor’s budget director said Wednesday, however some Republicans are less certain something can be worked out.

Over the last few weeks, Gov. Steve Bullock’s office has worked with legislative leadership in an effort to lay the framework of a deal that would plug the $227 million hole in the state’s budget through a combination of budget cuts, temporary tax increases and moving funds around.

Dan Villa, the budget director, said lawmakers have made clear they would only raise taxes temporarily to pay for the state’s firefighting costs, which have reached $74.2 million after more than a million acres burned across the state this summer.

Villa said a deal could be struck this week and a special session to implement changes would follow. He said the hope is for a special session to conclude before Thanksgiving. But Republican Sen. Llew Jones said at this point the cuts are only a "menu" of options and not all Republicans will support the proposals.

Jones, of Conrad, was one of the key architects of the state budget. He said Wednesday breaking the problem down into thirds can help make it solvable, but stressed Republicans are only interested in using temporary tax increases to pay the fire bill.

Jones believes there could be buy-in among the caucus for that third of the problem because of how widely felt the impact of fires was statewide.

“Montanans saw the smoke, they smelled the smoke, in some places you could bite the smoke, so there is some belief you could have a two-year potential mix of taxes to deal with the fire bill,” he said.

Montana is facing a shortfall after lawmakers adopted a revenue estimate that proved far too optimistic. For the end of the last fiscal year, revenues — while still up over the prior year — were $75 million less than expected.

Updated revenue numbers from the governor’s office last week showed tax collections after an Oct. 15 deadline were still down from the estimate lawmakers adopted. Villa estimates growth at 4.3 percent, while the estimate the budget was built on assumed growth of 6.6 percent. To climb out of the $75 million hole the state started this biennium in, Villa said growth would need to reach 10 percent.

The governor’s office has presented options totaling $297 million in temporary tax increases to pay for the fire bill. They include some familiar pitches from the last legislative session, including increasing the tax on beer, wine, liquor, cigarettes and other tobacco products such as rolling papers and e-cigarettes; creating a new income bracket for households that earn more than $1 million; ending the capital gains credit for income over $1 million, and increasing the tax on lodging. Other suggestions include delaying the enactment of laws passed last session, such as an exemption for small oil wells. Additional ideas include online gaming taxes, making the taxes on cellphone service more in line with those charged to traditional landlines and allowing and taxing recreational marijuana.

Tax changes would take effect Jan. 1 and have the potential to carry into fiscal year 2020 before expiring.

Jones said there are a wide range of options, but there will still be Republicans who will not get behind tax increases.

"There will be Republicans, whether temporary or not, who will never vote for tax increases. ... There will be others who say, 'Look we got to pay our fire bill and it's the right thing to do.'"

The governor's’ office did not provide a list of what cuts are or aren't on the table at this point to get to the $75-80 million for that third of the budget solution. At the start of October, state agencies proposed cuts of up to 10 percent that caused concern and outrage statewide. Cuts were most severe in the Department of Public Health and Human Services, Department of Corrections and the state’s university system. The reductions would have raised tuition at some colleges up to 19 percent; ended programs that helped the poor, disabled and elderly, and reduced staffing at the state prison, among other cuts.

Villa said Wednesday the governor’s office would not produce a list of what it would end up cutting until a deal on tax increases and other budget adjustments is reached.

“Everything is on the table until these two lists take it off,” Villa said. “We need a general agreement around these frameworks… Shy of those two things materializing, all $227 million in cuts must be realized. The last thing we want to do is tell provider X we’re good to go on your contract, but then something happens.”

The other piece of the puzzle includes cutting money from the legislative and judicial branches, as well as the Secretary of State and State Auditor’s office — reductions the governor is not allowed to make.

Money could also be swept from accounts like maintenance for the Capital complex and seed money to start a new sub-trust of the coal trust fund for schools. Other money could come from taking a two-month holiday on paying rates to the state employee health insurance plan and pensions for judges, which Villa said would still be adequately funded. The governor’s office proposed $95.4 million in these types of adjustments to choose from.

One pitch calls for tightening the amount of time liquor stores and bars have to pay back the state for liquor from the state warehouse. Currently they have 60 days, but the proposal would cut that to 30, bringing in nearly $12 million.

Jones said there is still “tons of disagreement” over the potential mix of temporary tax increases and other budget options. One of the biggest potential clogs in the process is a proposal to take roughly $30 million from an escrow fund the state has been paying into so it can one day buy the privately run prison in Shelby that the state now contracts with a company called CoreCivic to run.

Villa said that isn't an option in the eyes of the governor's office, saying it would conflict with the goal of a series of bills passed during the last legislative session aimed at reducing the number of people in jail.

“We don’t see the wisdom of ignoring all of the work done through justice reinvestment. We want fewer people in prison, we want to spend less on hard beds. We’re not giving those a second to work but rather extending a contract for 10 years. There just isn’t wisdom in that.”

Jones said he’s glad the governor is putting forward options, but wants the prison money included on that list.

“There’s a strong belief some won’t vote for anything that doesn’t contain it,” Jones said.

He views that $30 million as reducing the amount of money lawmakers would have to come up with for their part of the solution.

“It is a real issue," Jones said, saying Bullock could negotiate a shorter contract extension and many Republicans don't see the need for Crossroads Correctional to go away any time soon.

Flooding is latest bout with weather in Louisiana

Flooding is latest bout with weather in Louisiana

Why Would Airlines Weigh Passengers Before Flights?

Why Would Airlines Weigh Passengers Before Flights?

Gov. Steve Bullock summoned the Legislature to return to Helena for a special session Monday to plug holes in the state budget. But the governor’s proposals to fill those gaps are not without criticism from some key players.

Gov. Steve Bullock issued a call Monday to call lawmakers back for a special session to address lagging state revenues.