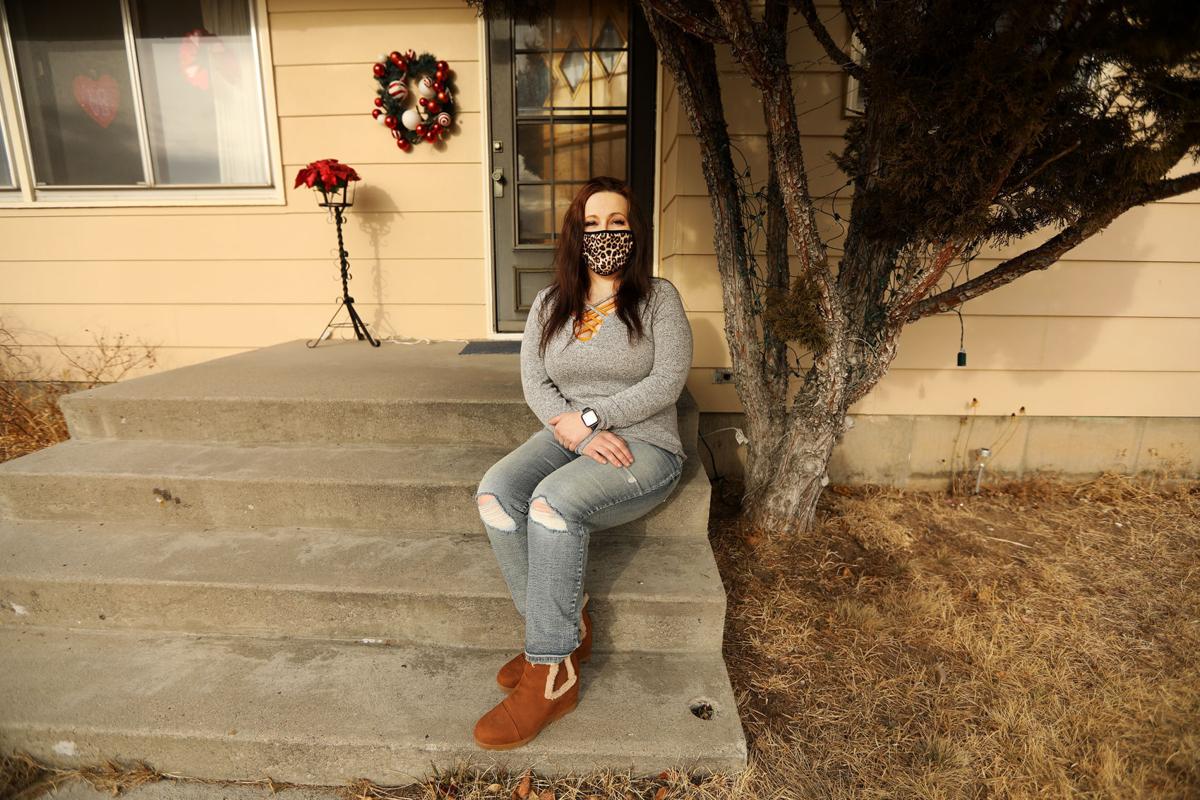 Megan Thorstenson, a recent lottery winner, is photographed in front of her home in Butte. "It was something that I did with my grandparents and they both passed away recently,"says Thorstenson. "My grandma would've gotten a kick out of this." 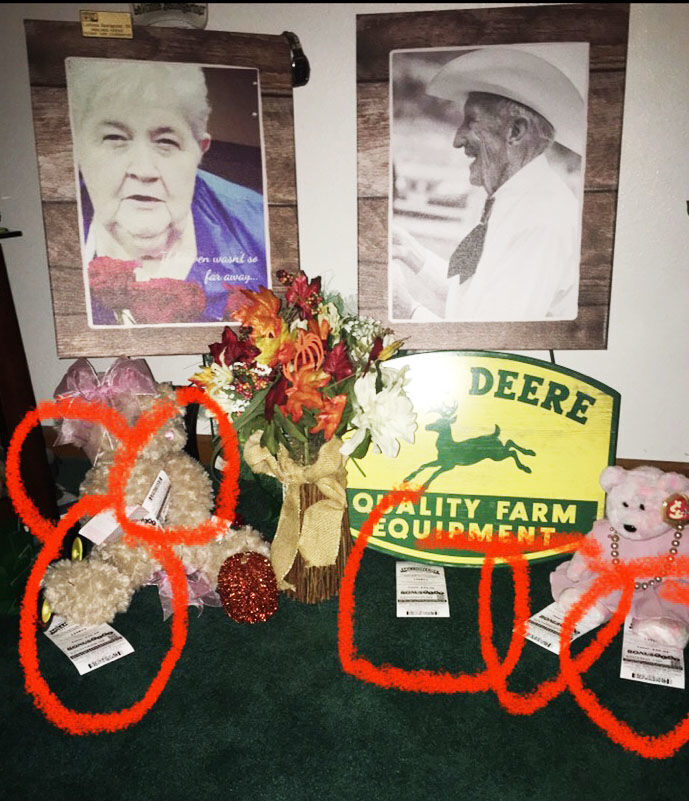 It was Christmas time and Megan Thorstenson placed four Montana Millionaire tickets in front of the photos of her beloved grandparents, LaVonna and Tony Baumgartner.

Whether it was the “Luck of the Irish,” destiny or fate, Megan Thorstenson believes two “angels” also played a part in her becoming the 2020 Montana Millionaire grand-prize winner.

The news that the grand-prize ticket was sold in Butte was announced Dec. 29 by Jennifer McKee, communications manager for Montana Lottery. A total of 180,000 tickets were sold statewide.

The 28-year-old Butte woman bought her 10 Montana Millionaire tickets early, which was a good thing. By Nov. 21, none were left.

“I took a selfie when I bought them,” Thorstenson said, “and sent the picture to family members.”

The tradition of buying these particular tickets was started years ago by her beloved grandmother, LaVonna.

“My grandma was all about the Montana Lottery and bought them every year,” said Thorstenson, who decided to become the new keeper of the torch.

Six of the purchased tickets went to family members as gifts from her Grandma and her Poppa.

In a way for her to again honor her grandparents, Thorstenson had a different plan for the other four tickets.

The grandparents’ photos adorn a table in the front room of the family home. Two of the tickets were strategically placed near her grandma’s nurse’s hat; the other two near her Poppa’s teddy bear.

One of those four was the golden ticket.

Possessing the winning ticket has not quite set in yet.

“I am still in a little bit of shock,” said Thorstenson.

The young woman graduated in 2011 from Granite County High School in Philipsburg. She currently works at a local restaurant and doesn’t see that ending any time soon.

With just a handful of credits needed to graduate, she does plan to return to college.

“I will probably go back to Montana Tech,” she said.

As for the rest, Thorstenson wants to invest a good deal of the money.

“I am blessed to have a money-smart family,” she explained. “My uncle is going to be my adviser and my cousin is an accountant.”

Watch Now: How will Biden’s Environmental Protection Agency be different?

Watch Now: How will Biden’s Environmental Protection Agency be different?

Flathead County officials have released the name of a man who died in a snowboarding accident just outside the boundary at Whitefish Mountain Resort.

Montana added 235 new cases of COVID-19 on Saturday, and more than 250,000 doses of vaccines have been administered in the state.

Two Lodge Grass teenagers remained hospitalized Sunday in Billings as they continued to be treated for serious injuries sustained when they fell dozens of feet from the I-90 Yellowstone River bridge on Saturday while trying to help amid a massive pileup crash that came to involve more than 30 vehicles.

A 43-year-old Darby man was charged with deliberate homicide and assault with a weapon following a fatal shooting in Hamilton Friday.

“This bill is probably the worst bill I’ve seen all session, if you want to know the truth of the matter,” said Rep. Geraldine Custer, a Forsyth Republican.

Republicans advanced a pair of bills that would allow private payments to wolf trappers and hunters as well as directing the state to consider more aggressive means of taking the animals.

SB 267 has been characterized as a “bounty bill” by critics for allowing payment directly for the taking of a wolf.

Montana reported 209 new cases of COVID-19 on Wednesday, and two more of its residents have died due to the respiratory virus.

House Bill 568 would limit dispensaries to one per 1,000 county residents with a cap of 10 dispensaries per county.

Megan Thorstenson, a recent lottery winner, is photographed in front of her home in Butte. "It was something that I did with my grandparents and they both passed away recently,"says Thorstenson. "My grandma would've gotten a kick out of this."

It was Christmas time and Megan Thorstenson placed four Montana Millionaire tickets in front of the photos of her beloved grandparents, LaVonna and Tony Baumgartner.