That data from two very different ecosystems pointed to the same conclusion helped convince Yellowstone bear biologist Kerry Gunther that the research was “not just a fluke.”

The research area in south-central Sweden is very different from Yellowstone, Tallian noted. Roads criss-cross the dense forest because it is logged. That means researchers could drive to most locations, compared to Yellowstone where hours spent hiking is more often the norm.

“It’s heavily managed by humans, but there are still a lot of woods and remote areas,” she said.

Yellowstone is also unusual in that grizzly-wolf interactions are sometimes seen along the main roads where they are photographed by tourists or studied through spotting scopes. Seeing the animals in Sweden is rare, partly because they are still hunted populations.

Tallian said the assumption that the presence of an apex predator like grizzlies would drive wolves to hunt and kill more prey was never written down anywhere, but was a commonly held belief.

“The results were the opposite of what we expected,” she said. “I double-checked the data so many times thinking, ‘What did I do wrong?’”

“Our results challenge the conventional view that brown bears do not affect the distribution, survival or reproduction of wolves,” stated the research paper, which was published in the “Proceedings of the Royal Society B” on Feb. 8.

“Although the outcome of interactions between bears and wolves at carcasses varies, bears often dominate, limiting wolves' access to food,” the paper said. “Furthermore, our findings suggest that wolves do not hunt more often to compensate for the loss of food to brown bears. In combination, this implies that bears might negatively affect the food intake of wolves," so wolf populations that live within the same geographical area as brown bears may see effects on their fitness.

King of the kill

Past research by Smith and his crew in Yellowstone’s remote, bear-rich Pelican Valley have found that, between March and October, virtually every wolf kill is taken over by a grizzly bear.

“Wolves get a lot of food stolen from them by grizzlies,” Smith said.

Gunther said it is common in Yellowstone for grizzlies to usurp wolf kills within hours, if not days. Takeovers by females with cubs is less common because the wolves will threaten, and sometimes kill, the young bears.

“The missing piece was: What does that do to wolf kill rates?” Smith noted.

Tallian said many assume that wolves are efficient and effective killers. But previous research in Yellowstone has shown that summer is a lean season, the same time that grizzlies are out of hibernation competing for food and there’s no snow to slow down the wolf’s favorite prey, ungulates like elk. Faced with a food shortage, packs break up into smaller groups with wolves often dining on smaller and more varied prey than in winter.

So when wolves do kill a large animal, like an elk, it may be easier to stick around and wait for an encroaching grizzly to leave than to make another kill, Smith and Tallian agreed.

“One of the implications is that maybe bears do have some impact on the fitness of wolves, because bears steal their food, there’s a net food loss when bears are around,” Tallian said.

Tallian’s research prompts the question: “Have wolves increased bears? That would be a huge headline,” Smith said. “But we can’t back that up.”

Grizzly bear populations in the Greater Yellowstone Ecosystem were climbing in the 1980s, before wolves returned to the landscape in 1995, Gunther said.

“Certainly wolves have played a role because there is more meat on the landscape that bears have access to,” Gunther said.

But there are also fewer winterkill animals awaiting bears when they leave hibernation in spring, and he noted that wolves occasionally kill a grizzly cub.

“So there are positives and negatives,” he said.

Tallian’s research helps fill one gap in a larger story about ecosystems that are incredibly complicated, interwoven and which, in many ways, operate beyond the scope of human understanding.

“This is one more piece of the jigsaw puzzle,” Smith said.

When it comes to meat eaters, Yellowstone National Park’s grizzly bears stand above their neighbors.

According to Kerry Gunther, the park’s bear biologist, about 50 percent or more of a male Yellowstone grizzly’s diet is meat, compared to about 40 percent for female grizzlies. In comparison, a Glacier National Park grizzly bear’s diet is about 95 percent plants.

Why the difference? Gunther said it’s largely because Yellowstone has such a large population of elk and bison.

Science! Yellowstone park is a great place for research

A U.S. appeals court on Friday lifted protections that kept gray wolves an endangered species in Wyoming for years after federal officials rem… 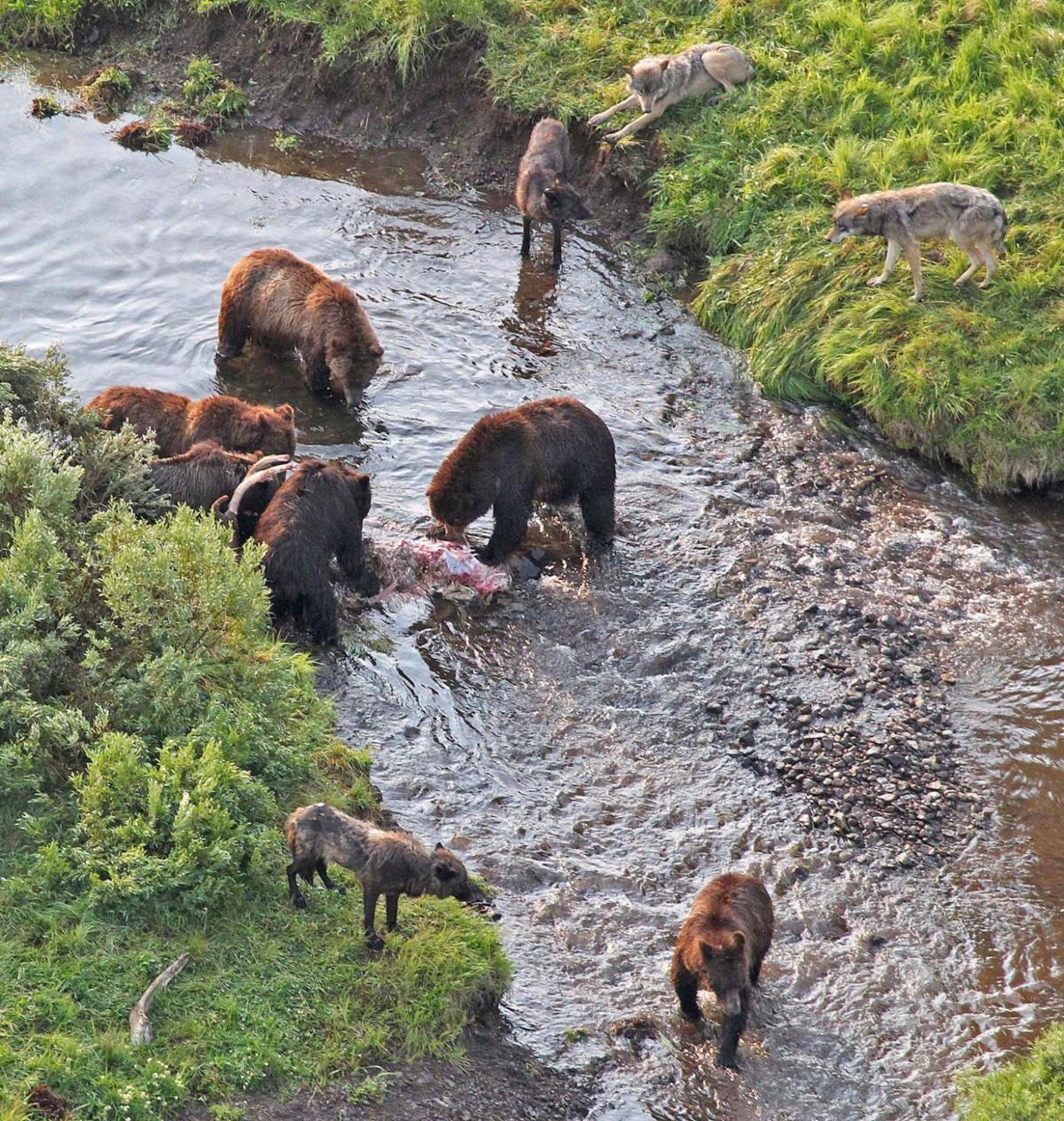 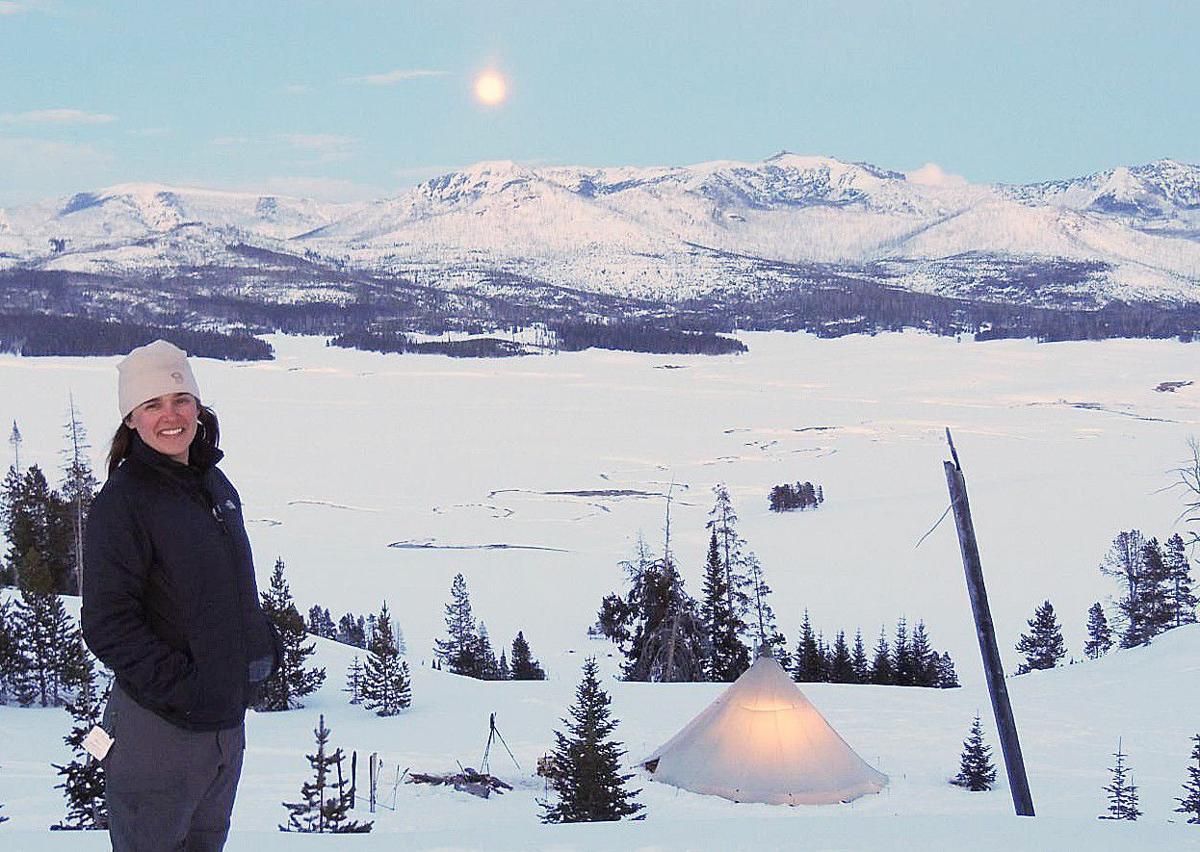