The Glacier National Park Conservancy is the private fundraising branch for the park, and Executive Director Doug Mitchell said the $2.5 million is a record amount for the nonprofit. They’ve already raised $1.7 million, and he expects they’ll reach their goal, which is an all-time high.

“People have been so generous, and I see no reason while that won’t happen again this year,” Mitchell said. “Our mission is to preserve and protect Glacier National Park for future generations, and the donations help tremendously.” 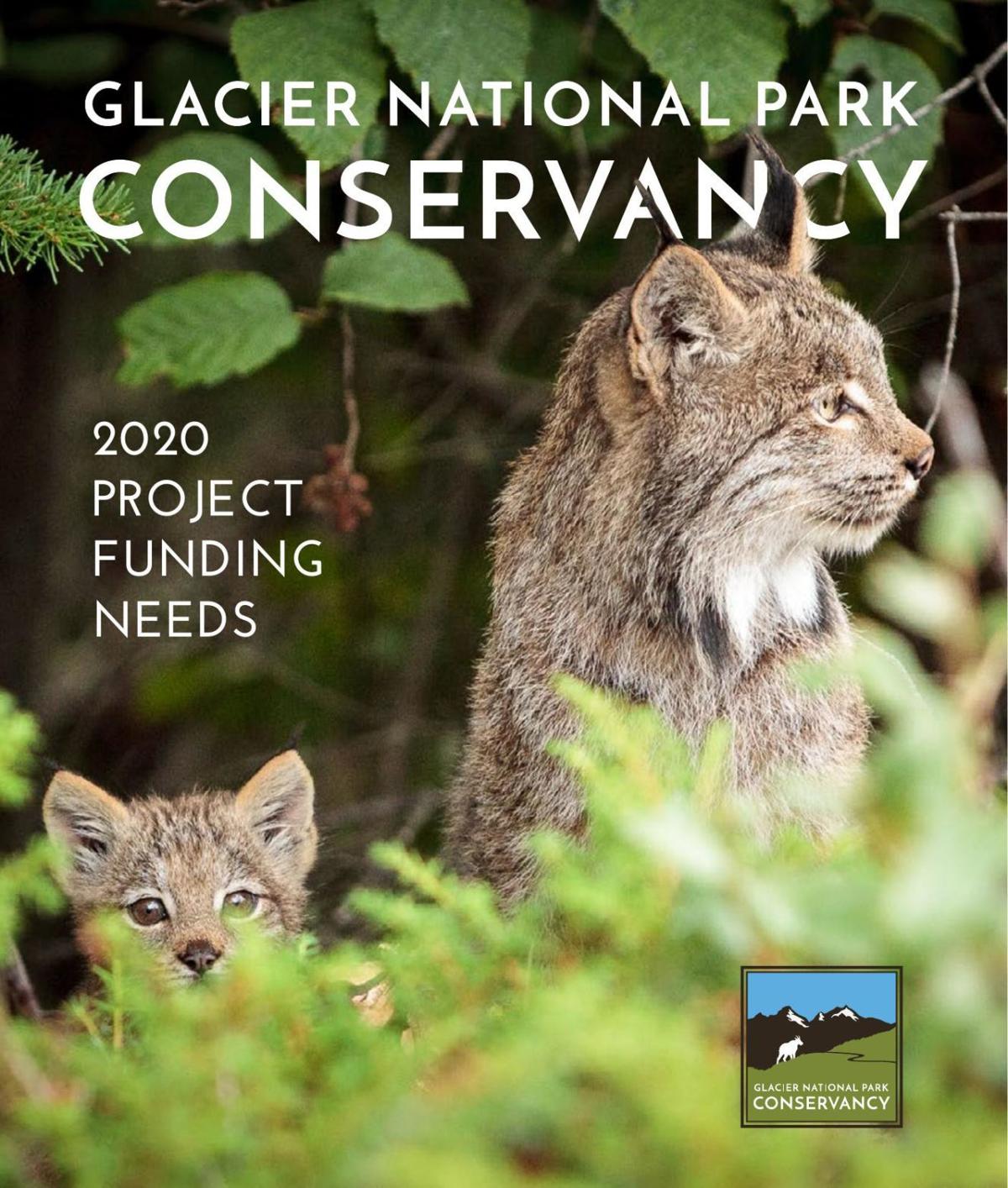 Jeff Mow, Glacier’s superintendent, said they appreciate the financial aid from the conservancy.

Mitchell already has a few favorites on the project list.

“For me, the big, sexy proposal is the lynx research,” Mitchell said. The study, using 140 remote cameras, provides science about the distribution, habitat use and travel patterns of the mysterious cat known as the “shadow of the forest.” Funding needs total $106,500.

“Of the 140 cameras in the park, 20% or so captured lynx on camera. The data will be transformative, especially since it’s not just lynx but other animals that are captured on camera. It’s great for our park and for around the world,” Mitchell said.

Another top park project is a “social media summit” in which they’ll bring together social media’s top influencers who post about the park. It’s part of an effort to not just improve content but to advocate for best practices for social media. Funding needs total $24,500.

“Social media can encourage behavior that’s dangerous to people and to the park,” Mitchell said. “We want to know more about the social media influencers' business model, figure out how we can understand what they’re doing better and why it’s import to say things like ‘This photo of a bear was taken with telephoto lenses, and you shouldn’t get that close to them.’

“That’s exciting to me to get ahead of the curve, and falls into the educational bucket.”

And Mitchell also supports a small project that he calls “emotional” to him. It involves creating handicap accessible backcountry camping opportunities that will open the door to Glacier’s wilderness experience for people who thought it was beyond reach.

“That could provide transformative experiences for someone with mobility issues,” Mitchell said. “The cost is less than $5,000, but the impact that can have in the world makes it critically important.”

That $3,657 project was fully funded by a couple hiking with Mitchell on the trail back from Sperry Chalet after he shared the dream with them.

Mitchell said the conservancy has “restricted” donations like those for the accessible backcountry camping opportunity, and "unrestricted" funds where the money can be used for any projects approved by the conservancy.

One of the highest profile projects in the past two years was raising money to rebuild the Sperry Chalet after the stone and log dormitory burned during an “ember storm” in 2017. The conservancy raised $632,500 in three grants, and doubled that through individual donors for a total of about $1.2 million.

Surprisingly, those donations didn’t deter from the conservancy’s other fundraising efforts, and Mitchell said they actually increased money for other projects by increasing awareness of the conservancy.

“The Sperry project has grown our donor base,” Mitchell said. “We had more than 1,000 people who donated to the Sperry Action Fund, many of whom said it was their first time donating to the Glacier National Park Conservancy. Since then, they’ve donated more to the nonprofit.

“It’s been a way for people to learn what we do. That’s not just heartwarming for us, but it also is an example of making lemonade out of lemons.”

With the completion of the reconstruction for the chalet last summer, Mitchell said the Sperry Action Fund will be closed by the end of the year.

The full list of the 75 preservation, education and scientific research projects that are on the conservancy’s funding list this year can be found online at glacier.org/park-current-projects/.

Missoula’s whirlwind economic expansion has been the talk of the town since the end of the Great Recession, with new banks, restaurants, hotel…

Every neighborhood has one house that goes all out on Halloween — but in Missoula, there's only one Hubbard Halloween house.

A line of wool jackets, shined boots and perfectly sculpted mustaches made its way down First Street on Sunday, with dozens of dapper bicycle …

KALISPELL — Police in Kalispell are investigating a possible homicide that occurred over the weekend and have detained two people.

The abundant apple and pear crops in Missoula are continuing to draw black bears into close encounters with the public, and while most of the …

Talking turkey with the wild ones

If the turkey on your Thanksgiving plate was one of the thousands of wild turkeys that roam in Montana, it took a lot of work to get it there.