In spite of, and because of, the pandemic, Montana has taken the top spot in the nation for its reliance on the outdoor recreation economy as a portion of its gross domestic product.

According to statistics released this week by the Bureau of Economic Analysis, Montana’s outdoor economy comprised 4.3% of the state’s total GDP in 2020, outpacing perennial favorite Hawaii, which fell to 3.8%.

“I’ll be curious to see if this holds up,” said Jeremy Sage, interim director of the Institute for Tourism and Recreation Research at the University of Montana.

Retail sales play a big role in these figures, Sage pointed out.

Under the previous administration of Gov. Steve Bullock, Montana worked to recruit businesses and promote its outdoor recreation economy, creating the Office of Outdoor Recreation and hiring a director to lead the efforts. The website is still active, but clicking on the contact button now takes a visitor to a San Jose, California, “business attraction manager.” A call to the Department of Commerce's human resources office was not returned in time for this story.

"Our treasured public lands and many outdoor recreational opportunities do a lot to sell themselves, and the governor is committed to protecting, promoting, and growing this important industry for the enjoyment of Montanans and those who visit our state, said Brooke Stroyke, communications director for Gov. Greg Gianforte, in an email.

Despite its climb above GDP stats as a percentage over other states, the outdoor recreation industry in Montana took a hit in 2020 due to the pandemic, as did Wyoming’s.

“This led to rapid changes in demand as consumers canceled, restricted, or redirected their spending,” according to the BEA report.

“Montana fared pretty well throughout the pandemic,” Sage said, partly because the drive market in the Mountain States is so strong.

Montana also likely did well due to the out-migration of urban residents to states like Montana, said Gregory Gilpin, head of Montana State University’s Department of Agricultural Economics and Economics.

In the year since the BEA report, Gilpin noted a lot has changed very quickly. He referred to reports noting that airport travel in Bozeman set a new record this year and Airbnb demand was high with premium prices commanded by homeowners there and in Whitefish.

The question, he said, is how the state adapts going forward as the economy continues to shift in new ways, like the prominence of cryptocurrency creating a “gold rush” like economic boost and the workforce’s loss of almost 5 million people during the pandemic, some of which decided to retire early.

“That’s a tremendous number of workers missing,” Gilpin said. “We’re going to have to figure out how to automate.”

Montana’s 2020 outdoor recreation decline is partly a reflection of a drop in tourism as people chose to stay closer to home during the uncertainty of COVID-19, as well as the loss of international travelers who were barred from the United States.

Nationally, the outdoor industry generated $688 billion and provided 4.3 million jobs, according to the BEA report.

Higher spending on boating, fishing and RVing was reflected in the BEA statistics, with $30.8 billion in “current-dollar value added.” RVing was also the second largest activity under the BEA’s “conventional” classification of activities across the nation. For Wyoming one of the largest generators of revenue was snow sports, totaling $92.2 million. Colorado led that category with $1.2 billion.

Less spending on amusement and water parks, festivals, sporting events and concerts was also highlighted. With such organized events and gatherings either delayed or closed, people sought out other outdoor activities.

“The question remains just how much this phenomenon persists beyond COVID,” he added.

Those who have made a large investment in equipment like a new RV, ski gear or a mountain bike may be less likely to abandon the activity, Sage said. For others, the outdoors may have been a one-off activity to be replaced by urban or foreign travel as restrictions ease.

Although structured activities like guided rafting trips may have taken a hit in 2020, many Montanans continued to explore the outdoors, according to Institute for Tourism and Recreation Research polling.

So many people were out camping that 23% said they could not park at their chosen location. Most found another spot, the poll found, while about one quarter chose to go home.

The poll also found that as traditionally popular outdoor spots with public lands became more crowded, about one third of those polled opted to visit a new place, which is good news for tourism regions in Eastern Montana that are seeking some of the west’s overflow.

Residents in the southwest, where popular locations like Yellowstone National Park and the Custer Gallatin National Forest are located, were more likely to seek out new spots than residents from other regions of the state, explaining the Gallatin County license plates seen pulling drift boats to the Hi-Line.

Recognizing the increasing pressure on public lands, 61% of state residents said they did not think public land management agencies were sufficiently staffed. That feeling was highest in the state’s Missouri River tourism region and lowest in Glacier Country.

Highlighting the increasing importance of computers in travel planning, 36% of Yellowstone County poll respondents said they made an attempt to use a public lands reservation system, the highest of any region. The top choice for how land managers should communicate with the public was social media. 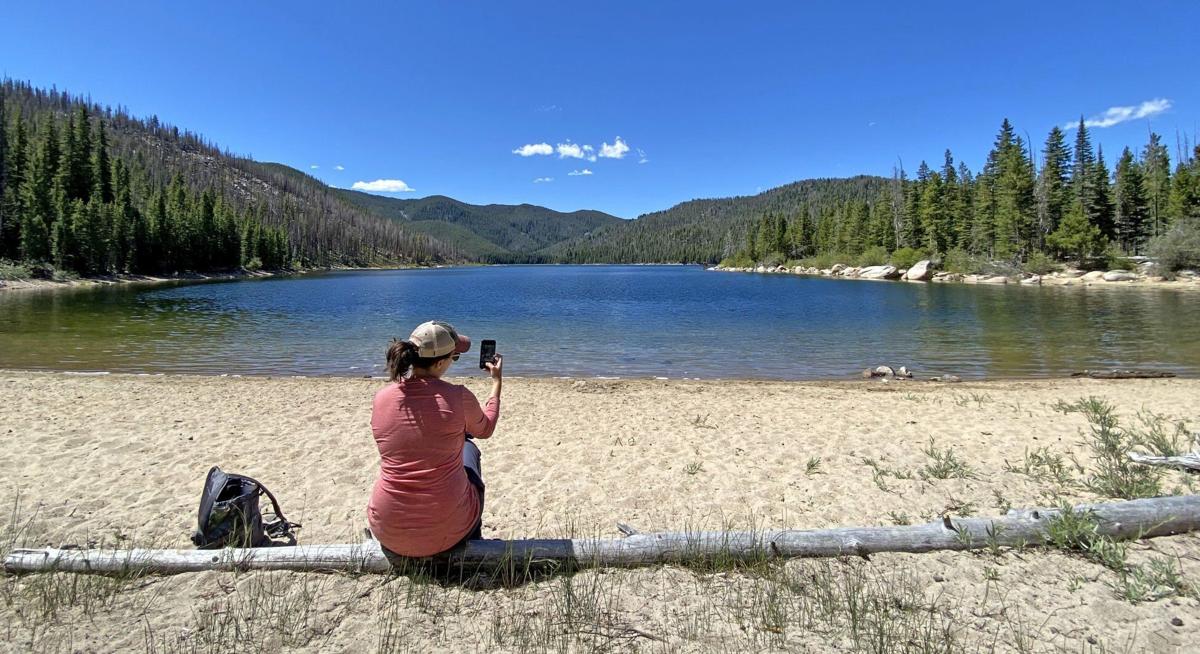 Tourism was down in Montana and Wyoming in 2020, hurting the outdoor recreation economy the states have learned to rely on for a significant cash boost. 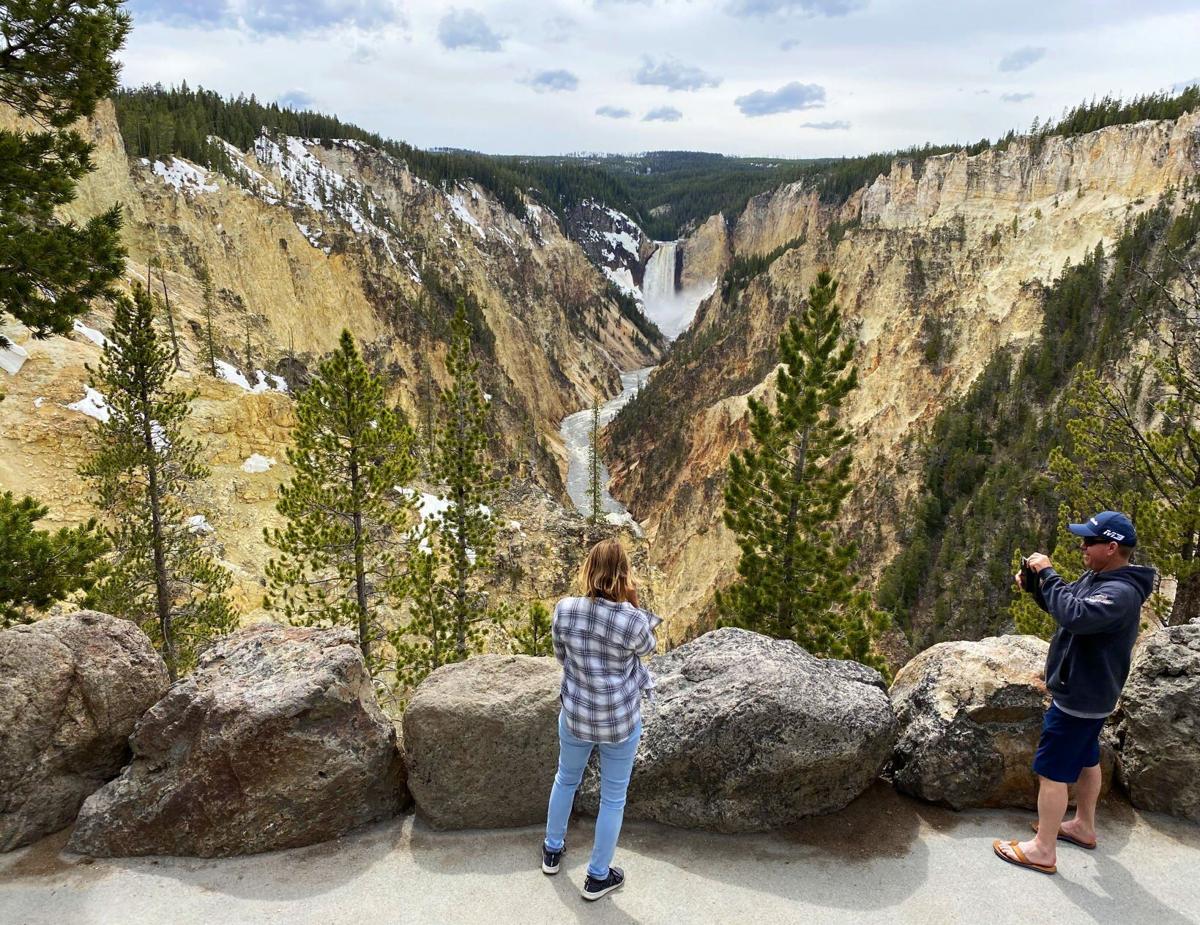 Tourism saw a drop in Montana and Wyoming in 2020 partly due to the delayed opening of Yellowstone National Park due to coronavirus concerns. 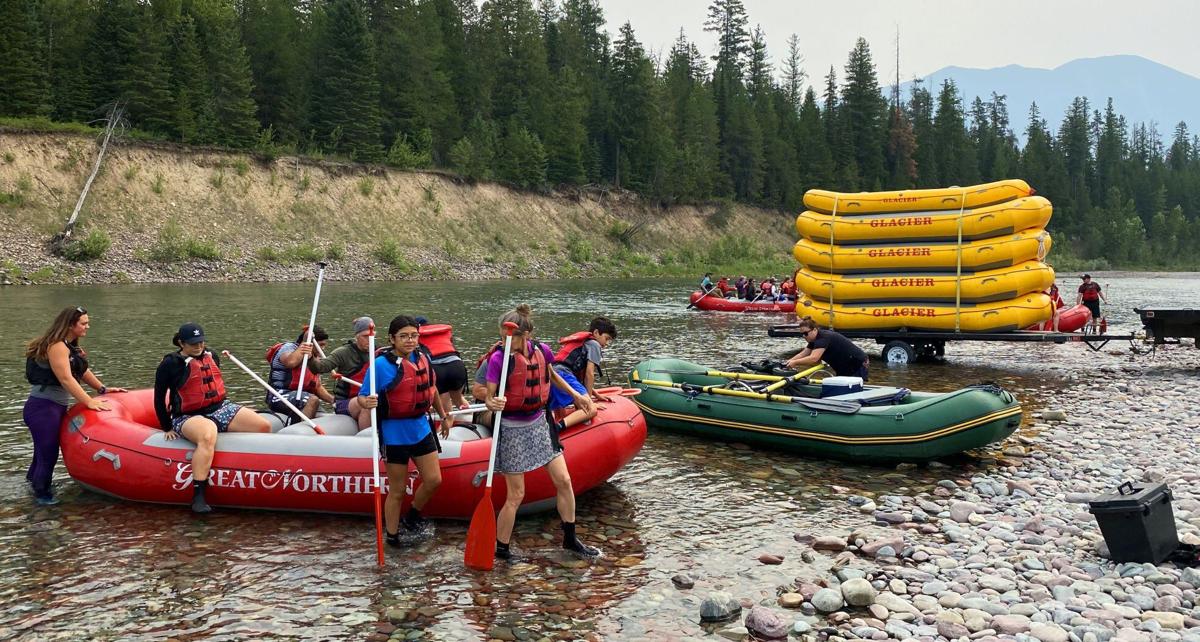 Tourism seemed to rebound in Montana in 2021, with travelers less anxious to travel following the coronavirus vaccine rollout.