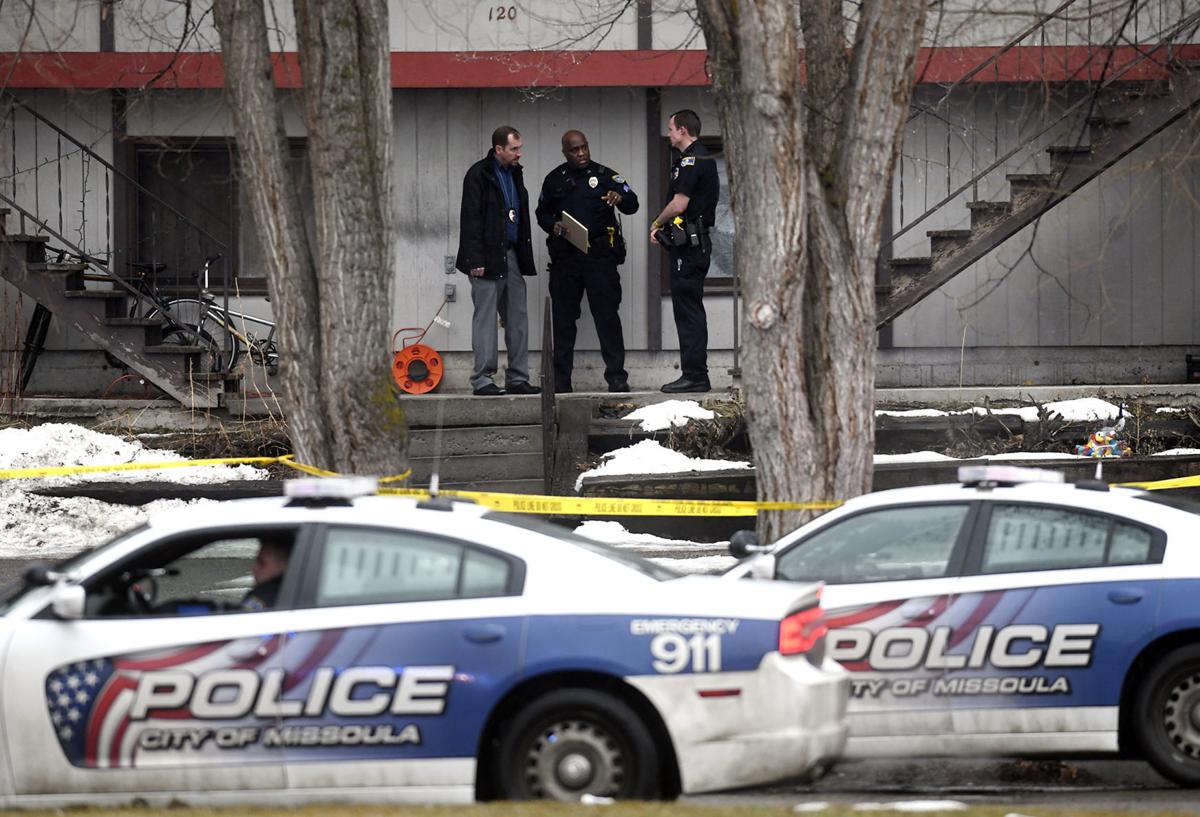 In February Missoula city law enforcement officers investigated the scene of a shooting on the 100 block of Turner Court in which a 24-year-old man was found with a gunshot wound to his shoulder. Two men were charged in connection with that incident this week. 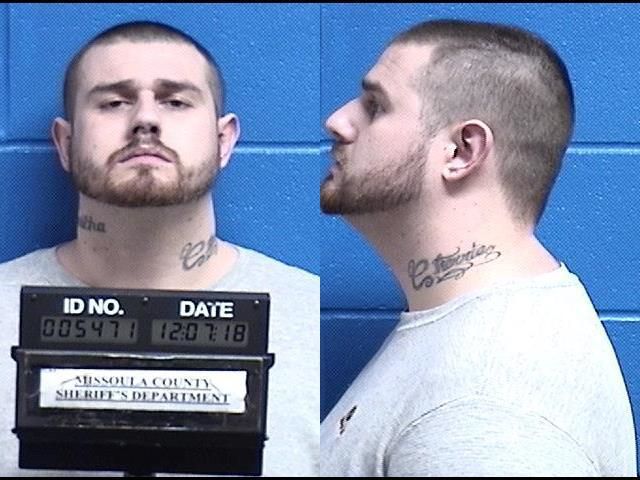 Two men have been charged in connection with a shooting that rocked Turner Court earlier this year.

The case began with a 911 call from that neighborhood on Feb. 2. Responding officers found resident Zachary Walden “covered in blood with a deep, dime-sized wound in his upper chest,” according to prosecutor Mac Bloom’s affidavit of probable cause.

Walden was taken to the hospital and stabilized, then made a statement. He said he heard a knock on the door of his apartment, where he sold marijuana, opened it, and was confronted by two men, one of them holding a semi-automatic handgun, the affidavit recounts Walden as saying.

He went on to recall how the two men forced him into the apartment, and how one started punching him when he tried to grab the gun. They demanded he open his safe, and when Walden tried and initially failed, he eyed his katana, a samurai-style sword. One of the men “noticed this and grabbed the sword and used it to cut Walden on the back of his right leg,” Bloom wrote.

Walden went on to recall how he backed into a corner, the man continuing to punch him, and the other man finally firing one shot at Walden from about 10 to 15 feet away. “After the shot was fired, the suspect males turned and immediately ran out the front door,” the affidavit states. Police found a spent .45 caliber casing in the apartment.

Several months later, a confidential informant told Missoula Police Department Detective Guy Baker that Steven Simpkins had admitted to being involved with the break-in, along with Jaime Canada, and that Simpkins had tried to shoot Canada in the face.

Baker interviewed Simpkins in June and Canada in September. According to the affidavit, each man claimed the other had taken the lead in the attempted robbery, but each concurred that Simpkins had fired at Walden. Both the confidential informant and a relative of Simpkins had provided this detail.

Simpkins himself told Baker that Canada had handed the gun to him after they entered the apartment. Canada, meanwhile, “denied possessing the firearm during the robbery,” the affidavit states.

A possible explanation for the differing statements emerged Nov. 26, when Baker received an email from Simpkins’ attorney.

“The email stated that Simpkins now claimed that Canada was actually the shooter and that he [Simpkins] only admitted to being the shooter because Canada threatened to kill his [Simpkins’] child and the child’s mother. Powers also texted Detective Baker and told him that Canada shot the victim.”

The question of who actually pulled the trigger may not prove significant for the charges facing both men: accountability for robbery and aggravated burglary. Under Montana law, a defendant is accountable for someone else’s conduct when he or she “solicits, aids, abets, agrees, or attempts to aid the other person in the planning or commission of the offense.”

If convicted, Simpkins and Canada face prison sentences of up to 40 years for each charge, and a mandatory minimum sentence of two years for robbery, along with possible fines up to $50,000 for each count.

Missoula police are looking for two suspects who are believed to be involved in a shooting on Friday.

A 24-year-old man suspected in a shooting and home invasion in Missoula last February is being held on $150,000 bond after he was arrested Thu…

In February Missoula city law enforcement officers investigated the scene of a shooting on the 100 block of Turner Court in which a 24-year-old man was found with a gunshot wound to his shoulder. Two men were charged in connection with that incident this week.