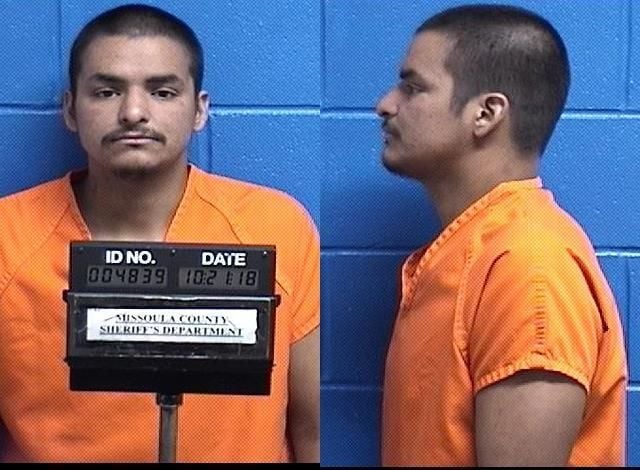 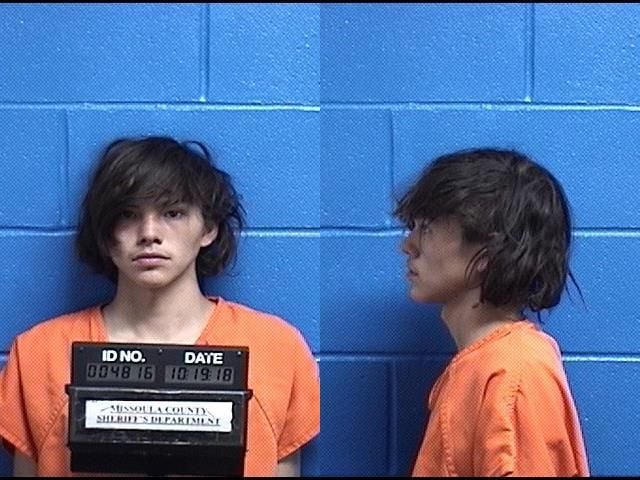 Preston Rossbach, 18, is charged with deliberate homicide in connection to the deaths of two people at the Mountain Valley Inn on Friday.

The documents filed identify the two victims as Jason Flink and Megan McLaughlin. Flink was 23, and McLaughlin 31, according to the Missoula County Sheriff's Office.

The two were found dead Friday in Room 228 at the Mountain Valley Inn, according to charging documents filed against Rossbach and Whitworth, 27.

Charging documents filed against Rossbach indicate he told police they went to the hotel room after Whitworth told a group he had received some "bad drugs" and wanted to go visit the drug dealer.

Rossbach, Whitworth and a woman, unidentified in court documents, went to the hotel room, Rossbach reportedly told authorities. They asked the three people inside if they had drugs, and reportedly left when the occupants said they did not.

Rossbach, however, told authorities that Whitworth turned, went back to the room, and once inside started firing, shooting a man by the window, then a woman by the window and then a man on a bed, according to the documents. He said Whitworth also had a knife and stabbed at least one of the victims.

Rossbach reportedly told law enforcement he picked up the knife as they all ran back to the truck.

Police responded to a disturbance call at the motel around 1 a.m. Friday, and were directed to a room where Flink and McLaughlin were found. A third adult was found with gunshot woulds and taken to the hospital.

According to charging documents, Whitworth's half-brother identified Whitworth as one of the men in the video. He told investigators he had seen Whitworth with a .380 Glock at a home in the Lolo area. He told them Whitworth, Rossbach and another man, Ty Butler, left the Lolo home around midnight Thursday and returned around 2 a.m. Friday.

Another man, who was reportedly once married to Whitworth's mother, identified the vehicle used to go to and from the hotel as his own. He also identified Whitworth in the video, according to court documents.

Police interviewed Butler, who said he, Whitworth and Rossbach took the other man's truck to Missoula, and drove to Walmart and then Dornblaser Field. There, they picked up an unidentified man and woman, according to court documents.

The five then drove to the Mountain Valley Inn, Butler told authorities. Whitworth, Rossbach and the unidentified woman went around the corner, but all three returned, with one of them saying "He wasn't there," charging documents state. They then drove back to Lolo.

Deputy County Attorney Jordan Kilby said at their initial appearance on Monday that the investigation into the shooting is still open, and that more charges will be coming against the pair for the assault on the third victim who survived the alleged attack. She also said that Whitworth said in an interview with law enforcement that he was "very high" and "doesn't remember much" from the incident.

She asked Whitworth be held on $250,000 bond, calling him a danger to the community. She also added that she fears for the safety of the man who survived the shooting if Whitworth were to be released on bail.

Arrests, sentencings, and court appearances reported in the Missoula area during the month of October.

A second man was arrested Sunday in connection to a shooting at a Missoula motel early Friday that killed two people and hospitalized a third.

One man arrested in Missoula double homicide, another still sought

Two dead, one hospitalized after shooting at Missoula motel

A candidate for Missoula County Sheriff has leveled a human rights complaint against Sheriff T.J. McDermott and other department brass, allegi…

A tobacco company spent $5 million in less than 20 days to defeat a Montana ballot initiative to raise the state's tobacco tax, countered by $2.7 million raised by initiative supporters in the final weeks before the election, according to new campaign finance reports.

The Missoula Police Department is seeking a third person of interest in last week’s fatal shootings at the Mountain Valley Inn.

A Montana man accused in the deadly shooting of a man and woman at a Missoula motel has pleaded not guilty to the charges.

Preston Rossbach, 18, is charged with deliberate homicide in connection to the deaths of two people at the Mountain Valley Inn on Friday.