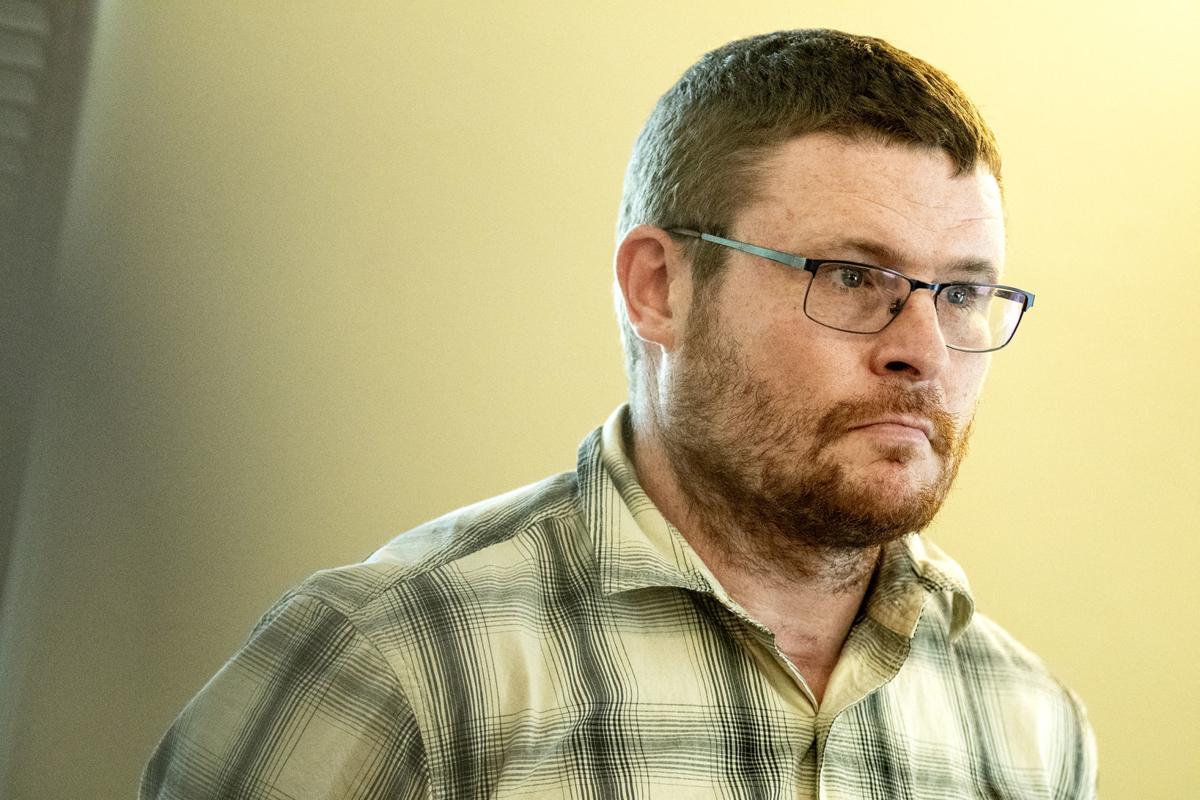 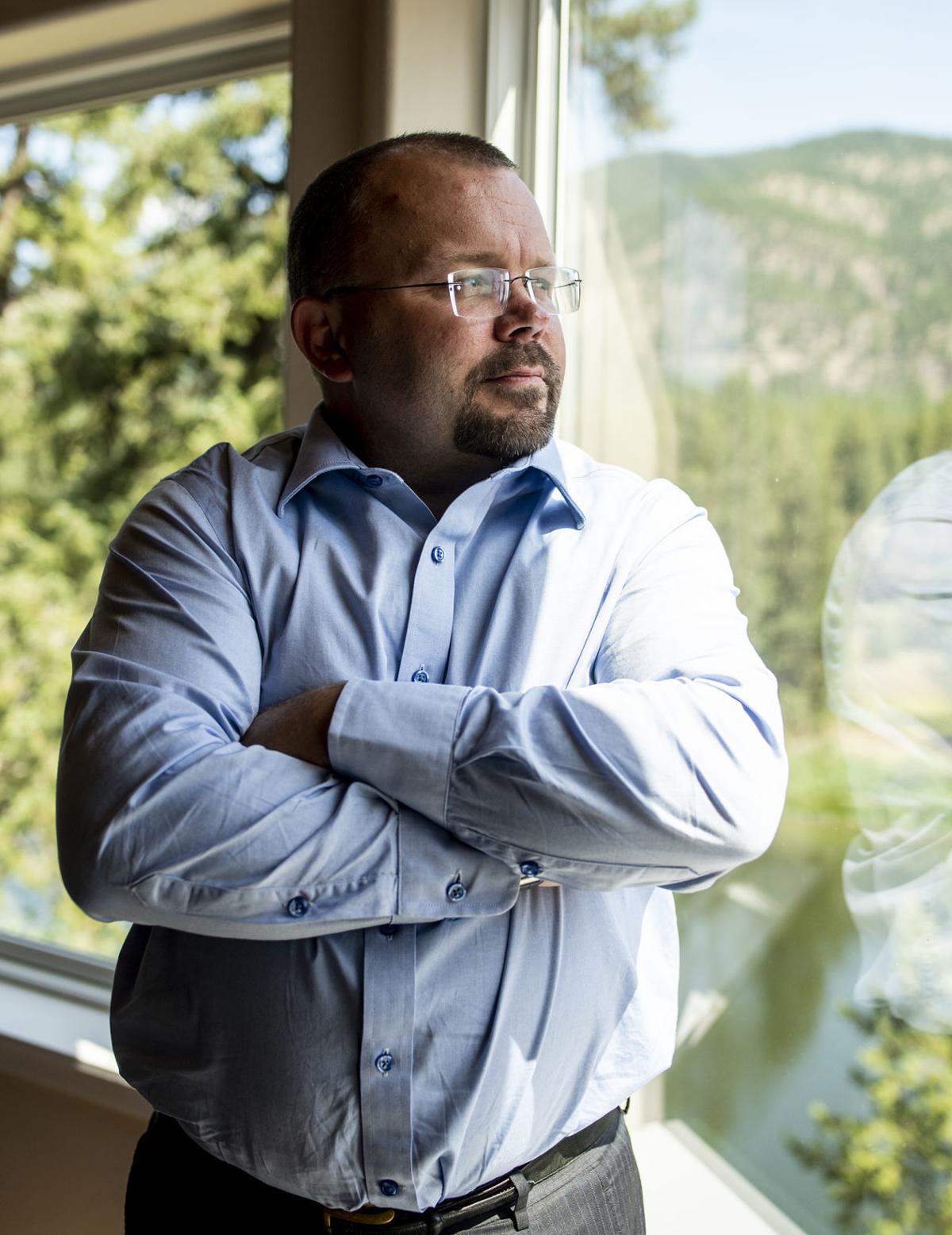 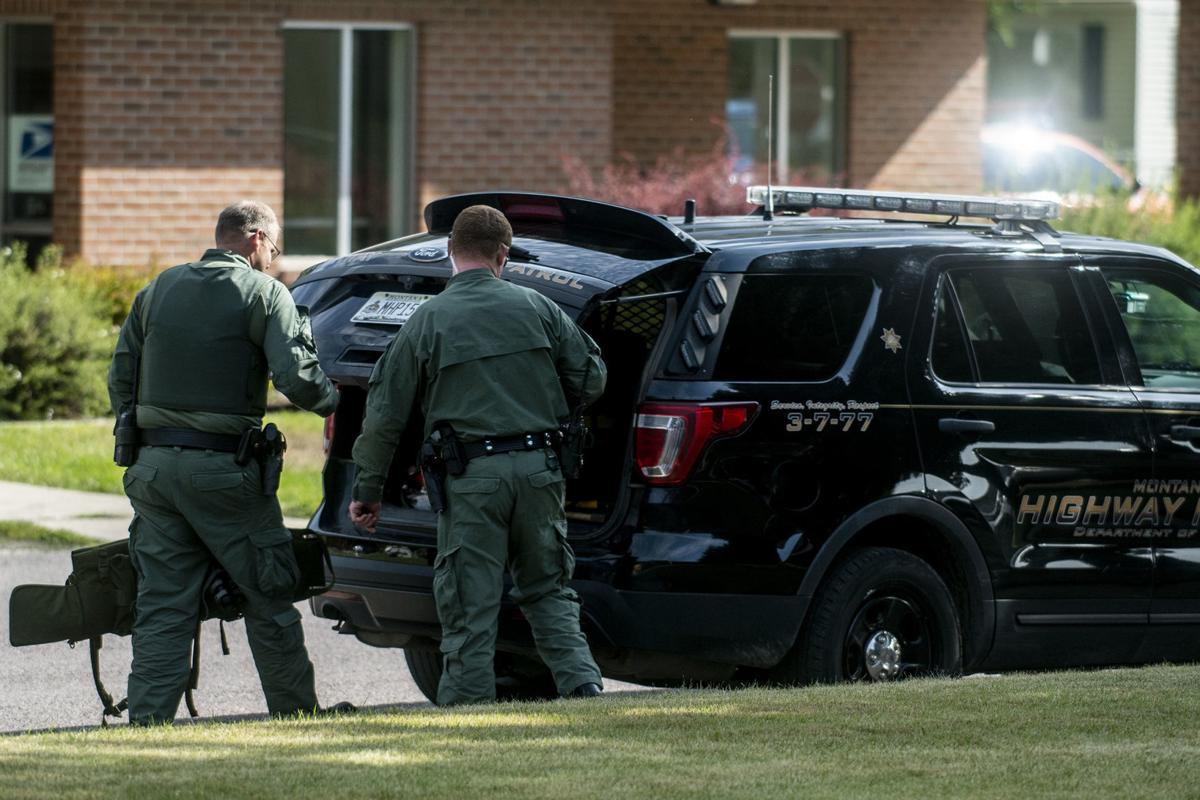 SUPERIOR — The security detail on hand for Wednesday's arraignment of a man accused of choke-slamming a 13-year-old boy who didn't remove his hat for the national anthem was unusually heavy, but little of this case is usual for small-town Montana.

Curt Brockway and his defense attorney left the courtroom via fire escape under law enforcement's watch. Sheriff Mike Boone had locked the entryway to the courtroom before the hearing began. Both were measures coordinated due to the threats leveled against Brockway, his family and court officials involved in the case.

Brockway pleaded not guilty on Wednesday to assaulting the boy. The story of the politically-charged assault sparked outrage across the country — vitriol that in the last week has turned on court officials here and the defendant's entire family.

Boone said the beefed-up security detail was in part to keep the media circus in check, but also due to “nasty messages” that have been left for court officials since allegations of Brockway’s assault broke online. Sixteen law enforcement officers were present Wednesday. Montana Highway Patrol and Montana Fish, Wildlife and Parks law enforcement coordinated with Mineral County for the hearing, checking bags as people entered, and standing watch as the hearing went on.

“Just rather be safe than sorry,” Boone told the Missoulian.

Indeed, Mineral County Attorney Ellen Donohue said in an email on Wednesday that her office had received as many as 40 calls and emails from individuals throughout the country.

"The majority were strongly worded but appropriate opinions regarding the alleged assault of a teenager by a 39-year-old male here in Superior," Donohue said. "However, there were a number of hostile and inappropriate emails and voicemails."

None of the correspondences to the Mineral County Attorney's Office threatened physical harm to anyone there, however, a number were "disrespectful, hostile, derogatory, and lacked a basic understanding of the judicial process in the United States," Donohue said.

At the town’s fair on Aug. 3, Brockway told deputies he had grabbed the boy by the neck, lifted him off the ground and threw him back down head-first, according charging documents. He'd told the boy to remove his hat because it was disrespectful while the national anthem was playing, to which the 13-year-old said, "(expletive) you," Brockway told deputies.

The Brockway family's "hearts and hopes are that this boy heals and doesn't have any lasting injury," Lance Jasper, Brockway's defense attorney, said after the hearing. "They're horribly sad and shaken to their core that this happened."

Megan Keeler, the teenager's mother, declined to be interviewed while the case is still ongoing.

Mineral County District Court Judge John Larson reimposed Brockway’s probation stemming from a 2010 assault case in which he pulled a gun on a family of three during a dispute on a back road. In February, Brockway had successfully petitioned the judge to release him from that probationary sentence for good behavior.

The 39-year-old Superior man, a U.S. Army veteran with a traumatic brain injury sustained in a car crash in 2000, believed that President Donald Trump’s repeated railing against those who disrespect the U.S., its flag or national anthem translated to permission from the president to attack the boy in the name of patriotism, Jasper told the Missoulian last week.

Western Montanans don’t need to look too far for examples of the president’s rhetoric. Trump was in Missoula stumping for Republican candidates less than a year ago when he praised U.S. House Rep. Greg Gianforte for his infamous body slam of a reporter in 2017.

The boy allegedly slammed by Brockway suffered a fractured skull and a concussion, according to court documents.

The national news outlets descending upon Superior, as well as the police lockdown of the courthouse, are both incongruent in this town.

“It’s a quiet little town,” Tim Van Buren said over his lunch at the Whipped Up Cafe on Wednesday. “If someone has cancer, someone will mow their yard for them. If someone needs wood, someone will bring them some wood. I don’t lock my car when I go to the grocery store.”

Navar Swift, visiting Van Buren from eastern Montana, said he can understand Brockway’s unyielding stance toward the president’s expressed distaste for those who protest, criticize or, in this case, disrespect, the national anthem. His father — Montana author Earl E. Martin — was a Purple Heart veteran who fought in Vietnam, but then protested the war after his return stateside, Swift said. But people are complex, and to Swift’s father, protesting the war and obeying the president aren't mutually exclusive.

“Even though he wasn’t in the military anymore, he was trained to listen to commander in chief,” Swift said. “I totally empathize" with Brockway.

Empathy is not what has been offered in the hundreds of calls, emails and messages pouring into the Brockway family’s inboxes, Jasper told the Missoulian during an interview at his home outside Superior on Wednesday.

“The animosity is not local. Everyone knows everyone here. It’s coming from all over the country,” Jasper said. “(Brockway’s) whole entire family is getting hundreds of threats, to the point where everybody had to remove their phone — literally yank it out of the wall.”

Jasper described the threats as “from the left and the right extremists.”

“They’re threatening the lives of kids that have nothing to do with this,” he said.

Before the case starts angling toward a plea deal or trial, Brockway will  undergo a psychiatric evaluation so an expert can help define how, or if, Brockway’s traumatic brain injury was in play during the attack.

The process has already begun to get that evaluation completed, Jasper said. Such an expert has been contacted, Jasper said; it’s now just a matter of getting Brockway an appointment.

“Getting into those takes months,” Jasper said.

A 39-year-old Superior man was jailed this weekend for allegedly assaulting a 13-year-old boy he believed, according to one witness, had disre…

The city is socking away $2.8 million from its "remarkably successful" urban renewal fund for a rainy day.

Song and celebration: Missoula luthier was at Woodstock in '69

There’s nothing wrong with Peter Barberio’s memory of Woodstock.

Missoula County is considering a new way to keep former inmates from ending up back in jail: Some time out on the farm.