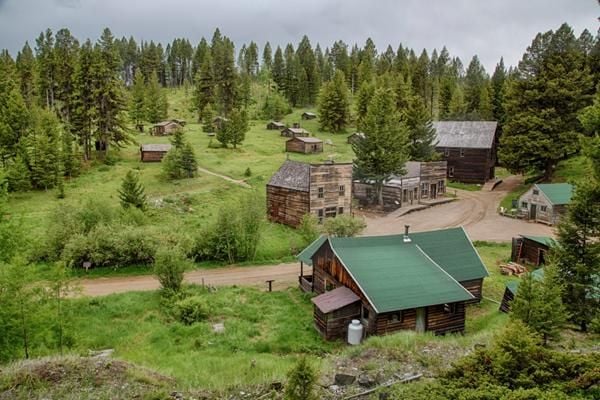 Garnet Ghost Town contains several restored buildings from its years as a gold- and silver-mining boomtown. 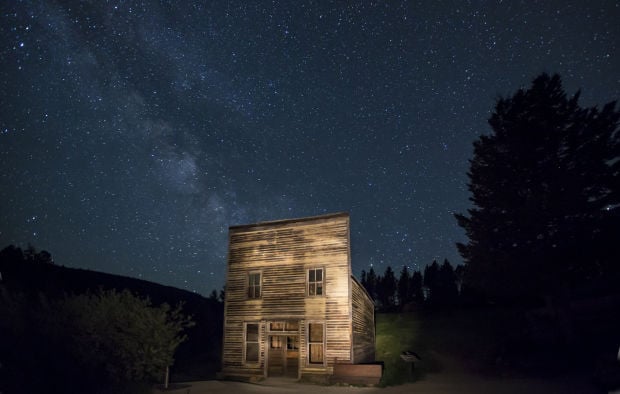 Volunteer residents at Garnet Ghost Town get regular views like this night scene when spending a month living at the historic site.

A chance to really get to know the ghosts at Garnet Ghost Town is one of the benefits of a volunteer residency summer program at the historic site.

“It’s primitive, to say the least,” U.S. Bureau of Land Management Garnet Ranger Nacoma Gainan said. “It’s for people who love the outdoors and want to give back. There’s no electricity, no Wi-Fi and no running water. But there are trails to explore, artifacts to inspect. Volunteers are really left to their own devices after the visitors are gone.”

The positions typically last a month or more at the remote mining village east of Missoula in the Garnet Mountains.

In the past, one volunteer from Buffalo, New York, spent 11 consecutive summers at Garnet, while another couple made it their summer plan for a decade. This year, however, the calendar is open for the months of August and September.

Those interested could also work with area maintenance, assisting with special events and developing signs and exhibits. Background checks are required for all applicants.

Garnet’s mining history started in the 1860s, when the first lodes of silver and gold were discovered there. At its peak, nearly 1,000 people lived in the small valley.

The town went through several booms and busts, and a small operating mine still functions near the boundary of the town site. Over the years, preservationists restored many of the town’s buildings, including its Miners Union hall, Kelly’s Saloon and several residences.

BLM spokeswoman Maria Craig said volunteers typically show visitors around until about 4:30 p.m., and then have the place essentially to themselves. While they are not considered security guards, she said the resident presence helps keep an eye on the buildings and their needs.

“We rely on volunteers to do much of our day-to-day stuff,” Gainan said. “We can’t hire full-time personnel or even seasonal personnel. But we have all the stuff you need to live there.”

Interested in living in a Montana ghost town for a month, with no electricity or indoor plumbing, and groceries for pay? So’s everybody else. You’re too late. The job is filled.

When the Department of Interior’s Office of Natural Resources Revenue held a forum in Missoula in January for Native American land owners, it …

BILLINGS - Using a controlled burn this spring, Havre archaeologist Josh Chase hopes to reveal a prehistoric site along the Milk River that co…

Making reservations for use of the Bureau of Land Management’s Axolotl Cabin and Henneberry House will soon be as easy as going online.

Garnet Ghost Town contains several restored buildings from its years as a gold- and silver-mining boomtown.

Volunteer residents at Garnet Ghost Town get regular views like this night scene when spending a month living at the historic site.