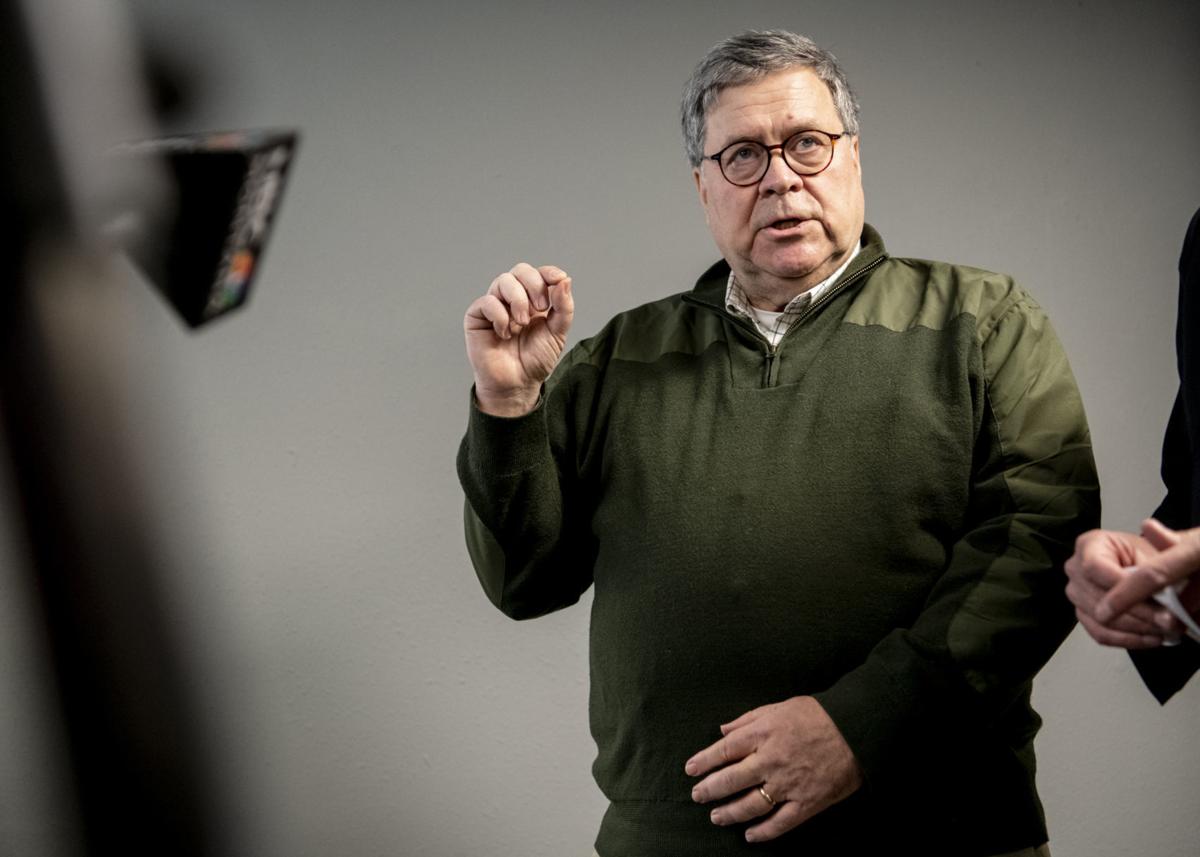 US Attorney General William Barr spoke with local, state and federal law enforcement officials in regards to meth abuse in Montana during his visit to the Flathead Sheriff's Office on Friday. Barr traveled to Montana to speak with state officials and representatives of the Confederated Salish and Kootenai Tribes about the issues of missing and murdered Indigenous people as well as meth abuse throughout the state. 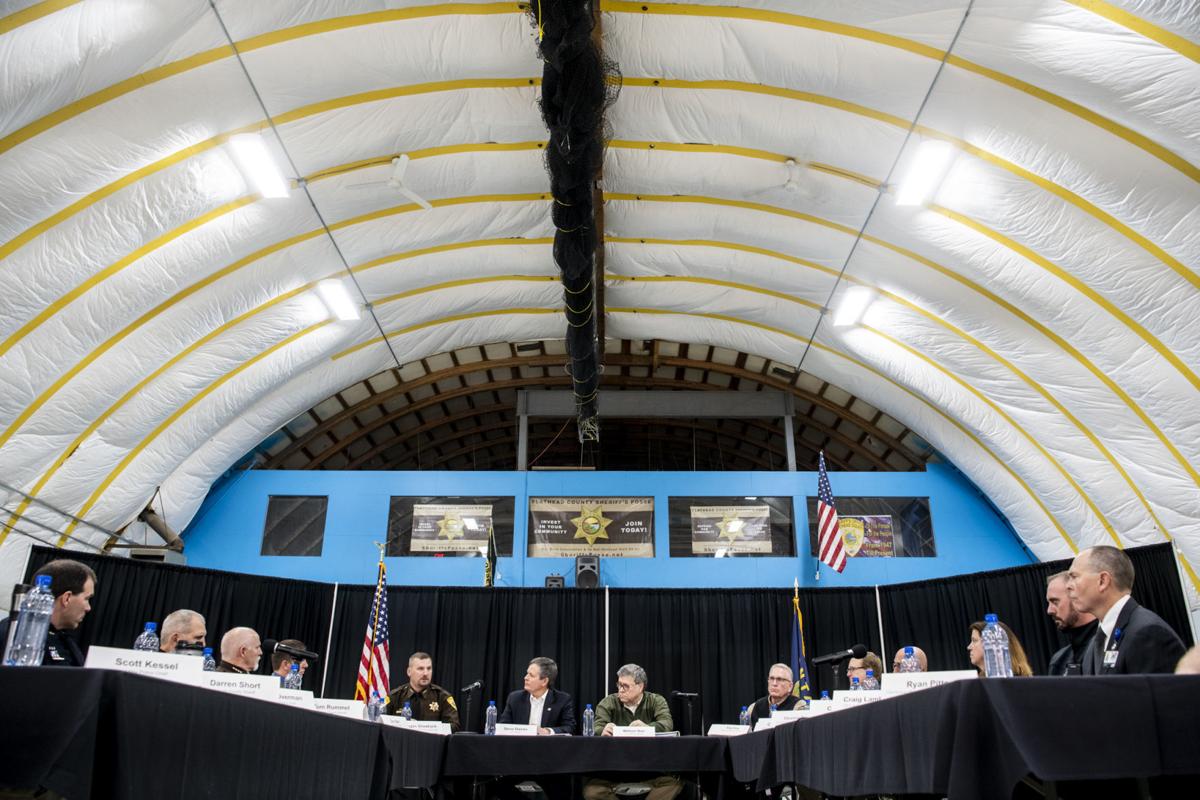 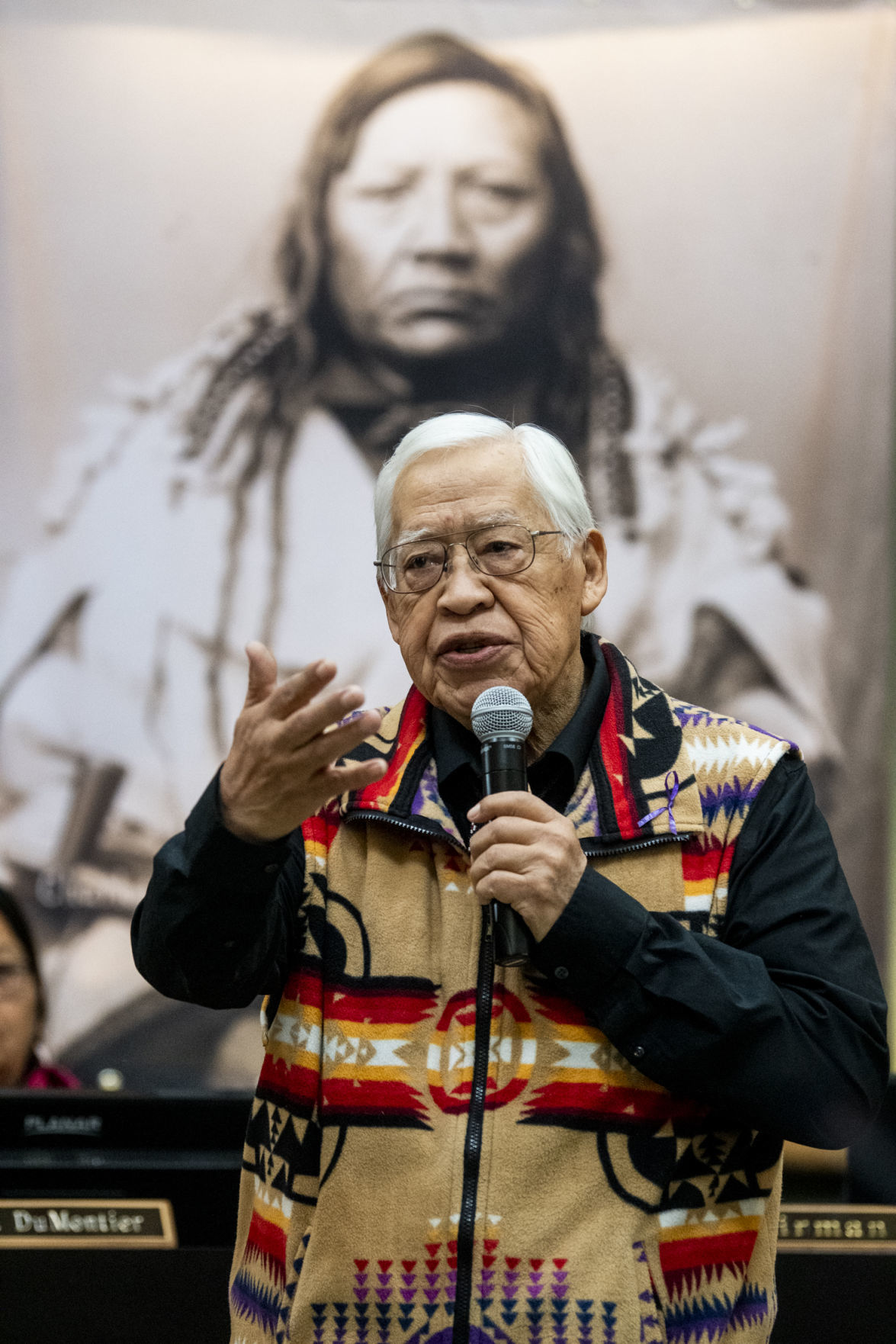 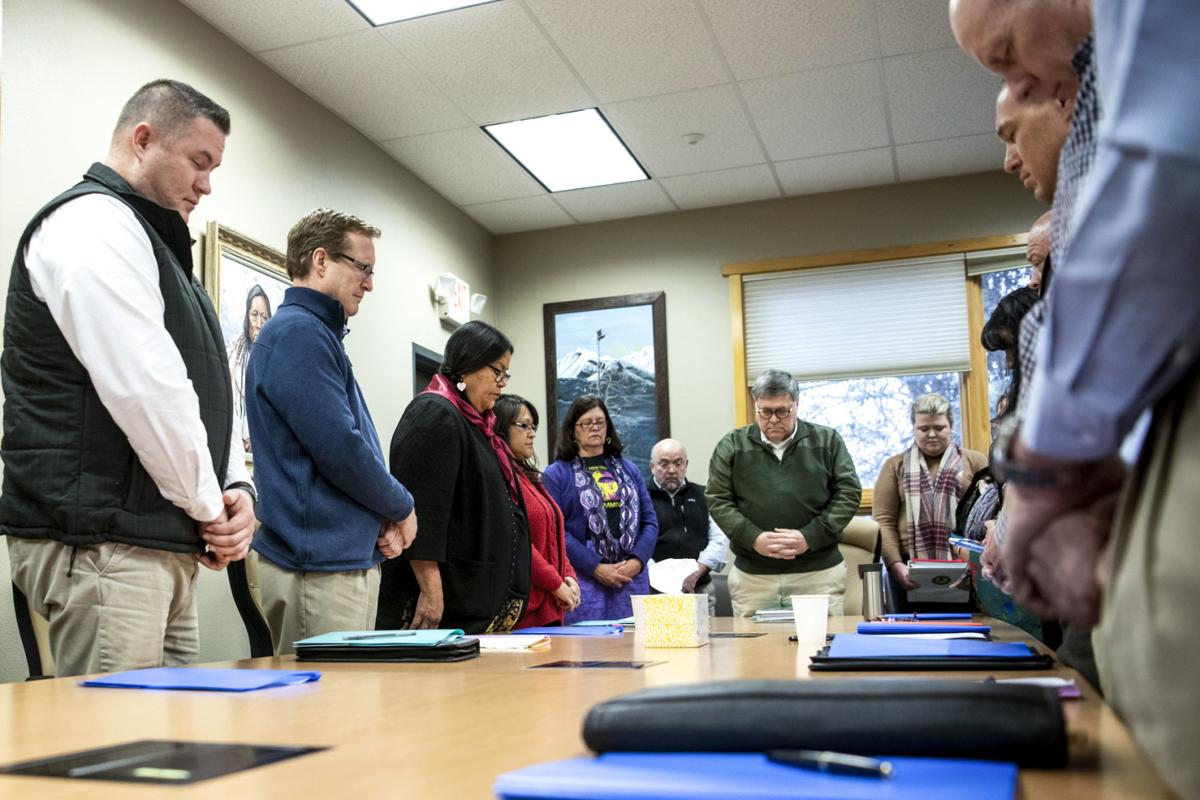 On his visit, Barr also discussed methamphetamine-related problems with Republican U.S. Sen. Steve Daines, expressed support for the Confederated Salish and Kootenai water compact, and visited an overlook of the National Bison Range, where he heard the tribes' goals for the area.

A report released last year by the Urban Indian Health Institute said there were 5,712 cases of missing and murdered Indigenous girls in 2016, but only 116 of those cases were logged in a Justice Department database. The National Institute of Justice estimates that 1.5 million Native American women have experienced violence in their lifetime and more than 50% of Native American women experienced sexual violence.

Friday, Barr told the Confederated Salish and Kootenai Tribal Council that rather than wait for the passage of a bill that would require the Department of Justice to address the problems, the DOJ has started to implement a new initiative that will hire the coordinators for such cases, improve data entry and create response teams for missing persons cases.

“My priority is to address the needs of communities that up till now have not gotten the priority they deserve,” Barr told the Tribal Council. “It’s an extremely important issue in this country.”

The new initiative, described in a Department of Justice press release, has three main parts:

"This is not a panacea” Barr told the council. “This is a step in the right direction.”

Activists have raised the profile of the issue of missing and murdered Native Americans in recent years. They fault racism, insufficient resources, inadequate reporting and jurisdictional gaps between local, tribal and federal agencies for these cases. Wednesday, the Senate Committee on Indian Affairs passed Savanna’s Act, a bill that would require the Department of Justice to develop protocols for handling missing-persons cases in Indian Country and improve tribal law enforcement access to federal missing-persons database.

Barr received a warm welcome — and a blanket — from former Tribal Chair Vernon Finley and Salish-Q’lispe Culture Committee Chair Tony Incashola. He also praised the Confederated Salish and Kootenai Tribes for their previous work on the topic at hand.

"This community has really been the vanguard of self-government in so many ways and has taken an initiative on this issue," Barr said. Missing-persons cases have personally affected many reservation residents — especially since last summer, when tribal member Jermain Charlo vanished from Missoula. She remains missing.

Since then, the Tribal Council has invested reward money and other resources in the search for her and formed a working group to address the problems that keep Native Americans missing. Barr held closed-door meetings with members of that group, tribal and federal law enforcement, as well as the council itself.

Both tribal policy analyst Jami Pluff and Kurt Alme, U.S. Attorney for Montana, said the event also gave Barr a chance for them to hear the tribes’ concerns about the Keystone XL Pipeline, which has enjoyed strong support from the Trump administration — and drawn the ire of missing-persons activists.

The pipeline would run through eastern Montana and is currently set to begin construction sometime next year. Opponents fear that pipeline construction, and the worker housing developments known as “man camps,” could drive an increase in violent crime against Native American women.

Pluff said the pipeline came up during their discussion, “and we were actually surprised at the response they have already.” She said Alme and Montana Attorney General Tim Fox were committed to meeting with tribal communities along the pipeline route and preparing for the construction phase. “They said that was definitely something that we wanted to address,” said Pluff, “because our tribe is definitely not in support of the pipeline, and we made that clear, but at least we are addressing the issue that the man camps could bring.”

Pluff said the Confederated Salish and Kootenai Tribes are relatively well-equipped to handle missing-persons cases, because unlike on other Montana reservations, CSKT law enforcement and courts share jurisdiction with their state and local counterparts. “We work so close with other jurisdictions. We’re lucky, but statewide it’s really an issue.”

“I think the biggest concern all across the nation would be resources," she said.

Barr’s handling of federal law enforcement resources drew criticism from U.S. Sen. Jon Tester. In a statement addressed to Barr, the Democrat said, “I am glad you will see firsthand the deep impact of the Department’s failure to address the public safety needs of our state and your disregard for our most vulnerable populations," he wrote. Tester took particular issue with the DOJ’s management of the Crime Victims Fund in Indian Country, and the FBI’s reassigning the only agent focused full-time on human-trafficking issues in Montana.

But Pluff said the visit left a good impression on neighbors and colleagues across the political spectrum.

“People that have had this negative perspective of Attorney General Barr, with all the political things that are going on, have said, ‘You know, well, even though they look at that (as a) negative, what a positive for him to be coming here for this issue,’ because they know how important it is.”

Later in the day, Barr also expressed support for the CSKT water compact, saying negotiated agreements can be preferable to litigation.

The tribes also took Barr to an overlook near the National Bison Range and discussed their long-held goal of placing it in federal trust ownership for the tribes. After meeting with the tribal leadership, Barr continued on to Kalispell and discussed methamphetamine-related problems with Republicans Daines and Montana Attorney General Tim Fox, along with several Northwest Montana law enforcement officials.

In discussing meth in Montana, Barr stressed the need for the Mexican government to crack down on drug cartels to address the problem.

The Associated Press contributed to this story.

After a four-hour manual recount, all vote totals were exactly the same as election night, handing Sandra Vasecka the narrow win.

The Bureau of Land Management closed on a $5.6 million property purchase Thursday that adds 7,268 acres to public lands just north of the Blackfoot River.

Lindsey Palmer said in a letter Thursday that her husband, Montana Highway Patrol Trooper Wade Palmer, is improving after being shot and grievously wounded in March.

Slowly but surely, the dominos are falling into place for Summit Beverage to move and build a new facility, which will allow Missoula’s crowded Costco store to expand its current site.

Under the M: Happy Thanksgiving

I had always fancied myself a morning person. And then I met Joy Knudsen.

Two state agencies are proposing the purchase of a permanent recreation easement for Big Arm State Park along Flathead Lake.

A segment on Jermain Charlo's missing persons case aired on Live PD last year yielded about a dozen leads, Missoula Police Detective Guy Baker said. All were dead ends, but the spur in activity has Baker and Charlo's family hopeful for resolution in 2020.

US Attorney General William Barr spoke with local, state and federal law enforcement officials in regards to meth abuse in Montana during his visit to the Flathead Sheriff's Office on Friday. Barr traveled to Montana to speak with state officials and representatives of the Confederated Salish and Kootenai Tribes about the issues of missing and murdered Indigenous people as well as meth abuse throughout the state.