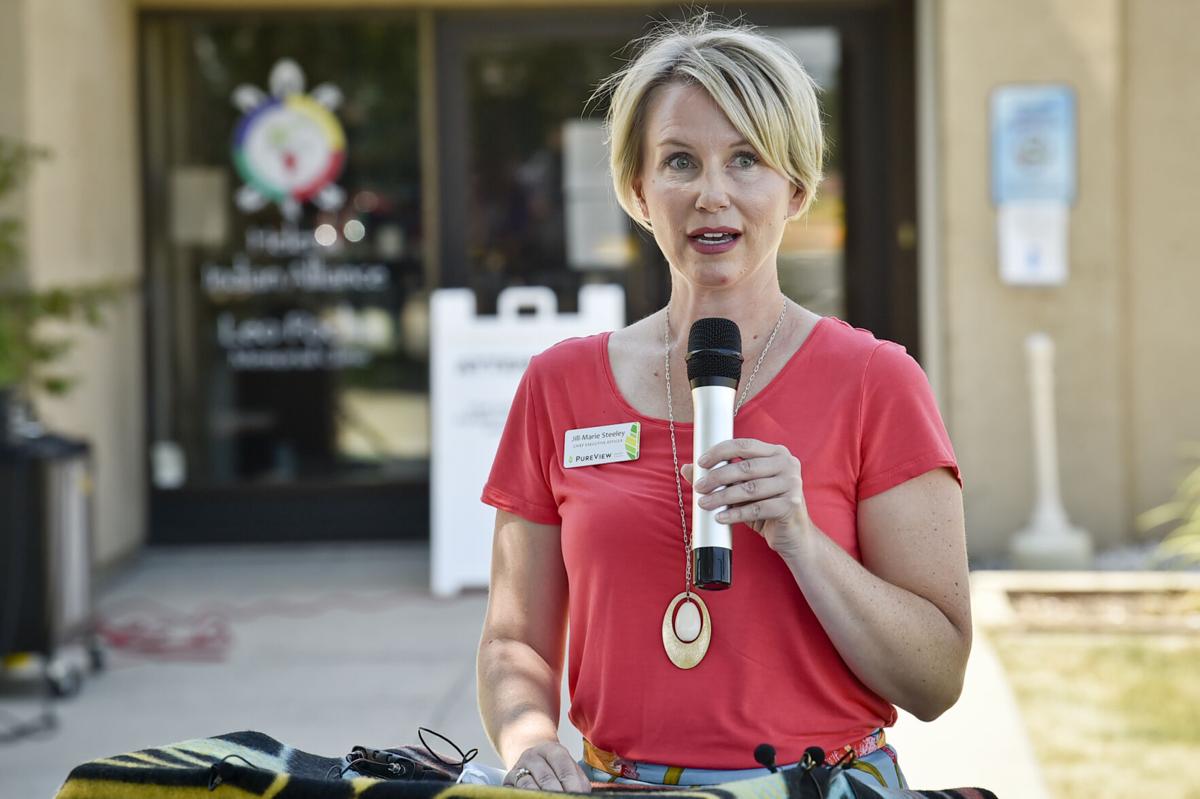 Jill Steeley, CEO of Pureview Health Center, speaks at a press conference on Thursday announcing $1 million in Coronavirus Relief Funds will be available to rural and safety net health care providers, outside the Leo Pocha Memorial Clinic in Helena. 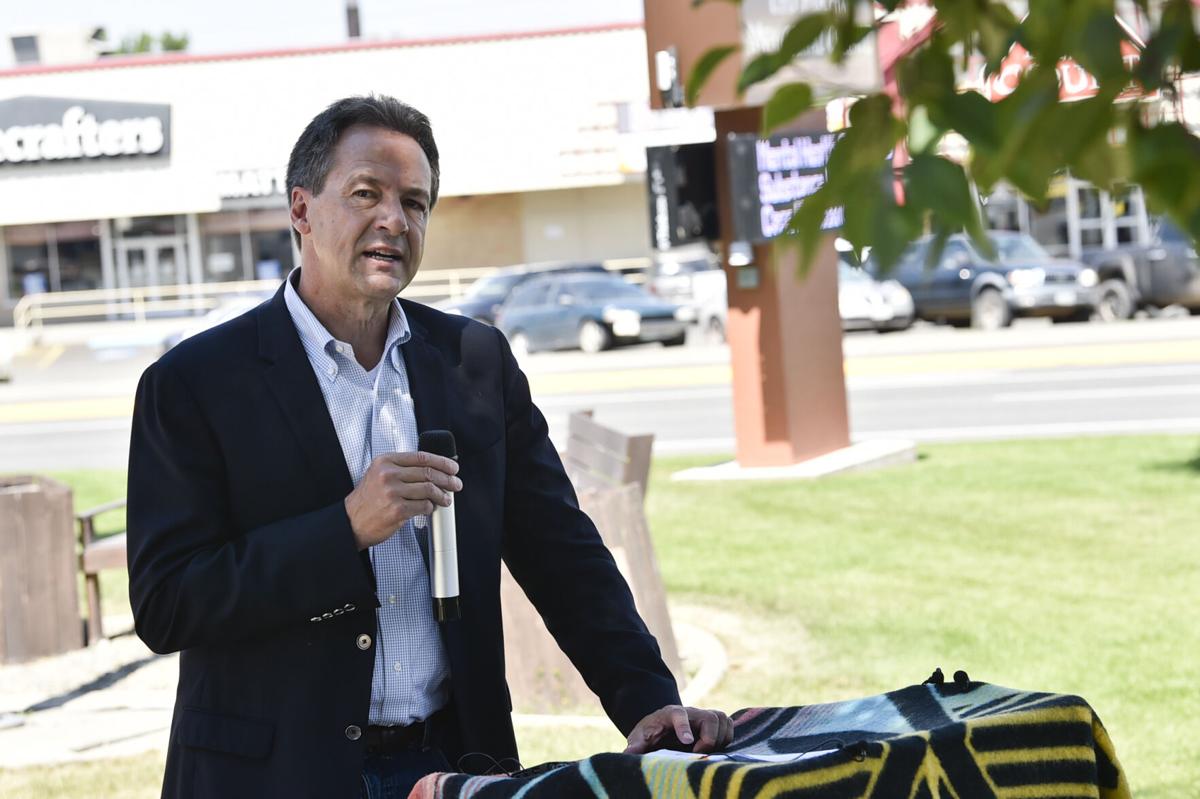 This story has been updated.

The state will use $1 million from federal coronavirus relief funds to help people navigate the process of finding and enrolling in health insurance.

In a press conference Thursday, Gov. Steve Bullock said the funds will go toward facilities that employ certified application counselors who help people understand insurance options such as buying a plan on the federal exchange.

The funding can also be used for promoting ways to get health care coverage, such as the open enrollment period on the exchange.

Cover Montana, a program administers by the Montana Primary Care Association, will receive $300,000 of the money to coordinate outreach and enrollment work.

The remaining $700,000 will be awarded through $30,000 grants to providers to pay for on-site, certified application counselors who help people research health insurance options and sign up for coverage.

The grants will be available on a first-come, first-served basis starting Aug. 10 and the money can be used to train or hire counselors. Hospitals, community health centers, urban Indian clinics and tribal nations are eligible to apply.

At the press conference, Bullock said the need for affordable access to health care has been heightened by the novel coronavirus pandemic and compounded by people who have lost their jobs, and corresponding health insurance coverage, in the economic downturn.

During the Trump administration, both the period for open enrollment and the funds for states to promote the period have been reduced dramatically. This year the period runs from Nov. 1-Dec. 15.

People who lose their jobs also have a 60-day window to enroll on the exchange, though health officials at the press conference Thursday pointed out that losing a job is traumatic and the process of signing up for insurance is complex, so more time might benefit some people.

Of a proposal in Congress to let employees stay on their employer-sponsored plan after losing a job, Bullock said "the intent was there" to help people get coverage but that he didn't think it was the best approach.

Under the plan from Montana's U.S. Sen. Steve Daines, former employees could continue paying premiums and the federal government would reimburse employers for up to 85% of the cost of a plan.

"Somebody just got laid off and you're not giving them the 15% that they would need to actually pay for their share," Bullock said. "You're setting up what can be a whole new bureaucracy (at) the same time that there's been discouragement or difficulty of doing things like buying insurance on the exchange."

Bullock, a Democrat, is facing off against Daines, a Republican, in the U.S. Senate race.

"The way to do it then isn't to subsidize an employer or give somebody tax breaks. The way to do it is to then make sure every one of those individuals have affordable, accessible care," Bullock said.

Daines' office shot back against Bullock's critique of the senator's plan, saying that their proposal would allow people to continue on their current plans with their existing premiums, deductibles and doctors. Daines has long been opposed to the Affordable Care Act, also known as Obamacare, which created the exchanges and open enrollment period, saying that it's led to higher premiums.

“Sen. Daines does not think Obamacare is the answer, especially in this case how it will damage the employer-worker relationship. It’s critical to allow Montanans who lost their job because of COVID-19 to keep their current health care plan," said spokeswoman Katie Schoettler.

Four people have died from COVID-19 over the last 24 hours in Big Horn County.

Jill Steeley, CEO of Pureview Health Center, speaks at a press conference on Thursday announcing $1 million in Coronavirus Relief Funds will be available to rural and safety net health care providers, outside the Leo Pocha Memorial Clinic in Helena.