Greg Gianforte has accused Gov. Steve Bullock of overstating or outright lying about his record on gun rights, suggesting he would align with Hillary Clinton “to take our guns away.”

“There’s only one candidate endorsed by the NRA,” Gianforte has said in variations during interviews and debates. “That’s me.”

Three major gun rights groups have endorsed the Republican: the NRA, Gun Owners of America and the Montana Shooting Sports Association. Bullock, a Democrat, nonetheless argues he is, in fact, a defender of the right to bear arms “without abandoning common sense,” often referencing concerns raised by law enforcement officials about certain measures.

“If my opponent was being honest,” Bullock said in a September debate in Billings, “in my eight years in public service, our Second Amendment rights have been expanded in Montana, not limited.”

In a state where surveys report two-thirds of residents own guns – twice the national rate – it is easy to see how a candidate’s position about the rules of firearm ownership and use becomes a frequent question on the campaign trail from Dillon to Sidney.

Because this is Gianforte’s first run for public office, his campaign statements can only be checked against endorsements, often based on surveys, and hunting photos with his family. Bullock’s record, however, can be traced through his time as attorney general and his first term as governor, during which he supported some measures proposed by gun right advocates and opposed others.

Bullock was unavailable for comment, but Montana Democratic Party Spokesman Jason Pitt spoke on his behalf.

"Steve Bullock supports Montana's current laws when it comes to gun rights,” Pitt said in a written statement. “He opposes universal background checks, he has expanded gun rights as governor, and he will always stand up for the Second Amendment."

In public appearances and ads from previous campaigns, Bullock has highlighted a December 2009 letter he received from the NRA thanking him for taking “a courageous and important stand” for joining an amicus brief before the Supreme Court of the United States. The McDonald v. Chicago case came out of a city ban on handguns and ultimately decided that the right to bear arms was “an individual right.”

But gun rights advocates are not pleased with all of Bullock’s record.

Since Bullock became governor in 2013, legislators have proposed at least 24 bills related to gun rights, education or manufacture, according to a review of a state legislative database. Half died in the legislative process. Two companion resolutions urging firearms manufacturers to move to the state by offering certain tax breaks passed the 2013 Legislature and were recorded by the Secretary of State.

Bullock allowed four bills to become law. Those measures keep information supplied on a concealed weapon permit confidential; removed the requirement for new fingerprinting upon renewal of a concealed weapon permit and provided a timeline for the sheriff to make a determination; prohibit health care providers from asking patients about firearm ownership, possession or use; and clarify that it is legal to use suppressors to take unregulated animals such as coyotes or prairie dogs, although that was already allowable under state law at the time.

The bills vetoed by Bullock would have allowed Montanans to carry a concealed weapon without a permit, for students with concealed carry permits to bring guns onto Montana college campuses, made it legal for hunters to use sound suppressors on certain game, and required police in the state not to enforce various federal gun laws.

At the time of those vetoes, Bullock said not requiring an application for concealed carry “threatens the safety of our communities by not providing for the basic fundamentals of gun safety or mental health screening.” He also said that the proposed changes would have voided reciprocity agreements that allow Montana permit holders to carry concealed guns in most other states and would have ended a bypass on federal background checks for permit holders buying firearms.

A recent letter from 17 county sheriffs backs up Bullock’s veto of the bills to end the requirement to apply in order to carry a concealed weapon. Members of the Montana Sheriffs and Peace Officers Association said that while they “do not support or endorse any political candidate,” they did “wish to set the record straight.”

“Sheriffs support the existing permit requirements for concealed weapon permits, as a matter of public safety,” read the letter signed by the sheriffs of Yellowstone, Gallatin, Ravalli, Lewis and Clark, Flathead and Missoula counties, among others. “Opposing restricted concealed carrying of weapons by anyone, anywhere does not equate to opposing the Second Amendment.”

At the time of Bullock’s vetoes, his staff also noted the campus carry bill might have led to a lawsuit from the Montana University System because it is independent from the legislature on policy decisions.

In a Thursday meeting with the Missoulian editorial board, Gianforte reiterated his view that gun regulations, by and large, only burden law-abiding citizens.

“I go back to the Second Amendment. It says shall not be infringed,” he said when asked about the constitutionality of background checks. He later added, “I believe background checks are a step towards a gun registry, which I am opposed to.”

He also said he understands why there is a restriction on carrying a gun while drunk, but questioned other restrictions, particularly those banning guns from certain buildings, like the state Capitol or schools. He supports the right for college students and schoolteachers to carry guns on campus.

“The one thing you need to balance it with is property owners also have rights,” Gianforte said, acknowledging that businesses currently have the ability to restrict guns on their land. “Our liberties and rights can come into conflict. I don’t have the answer for you.”

A comment by Bullock in a debate last month also left some questioning if the governor was taking credit for a bill signed by his predecessor. Gianforte’s campaign picked up the discrepancy and has used it to argue that Bullock’s campaign promises are just attempts not to lose votes.

Gary Marbut, president of the Montana Sports Shooting Association and the state's primary gun-rights advocate, sent out an email after the debate questioning Bullock’s claim: "I've worked with the Legislature to make sure that you can protect your home and your property by passing the Castle Doctrine."

Gianforte spokesman Aaron Flint said the statement was Bullock taking credit for a bill signed by someone else, former Democratic Gov. Brian Schweitzer.

Bullock campaign spokesman Pitt said the governor was referencing the passing of House Bill 228 in the 2009 Legislature, which clarified that people don’t have to run away before shooting someone in self defense and police can’t presume people who shot someone in self-defense are guilty.

“He was opposed to it. He had two different members of his staff testify,” said the bill’s sponsor, former Republican Rep. Krayton Kerns of Laurel. “It passed in spite of them, not because of them.”

In a joint conference committee, legislators agreed to remove a provision that would have allowed anyone to carry a concealed weapon without a permit so long as they weren’t committing a crime. With that change, Bullock released a statement saying:

“Through a lot of hard work and compromise, we have a bill that affirms the individual right to keep and bear arms, and protects the men and women serving in law enforcement. Since the measure does both, I hope the House and Senate support it and it becomes law.”

Marbut, who has written a book about the history of gun laws in Montana, went further to say that the particular bill did not matter. He called Bullock’s debate statement “flat wrong” because Montana has had some form of Castle Doctrine since territorial days.

Despite a contentious election, Gov. Steve Bullock and Republican challenger Greg Gianforte do agree on at least one matter: a belief that Mis… 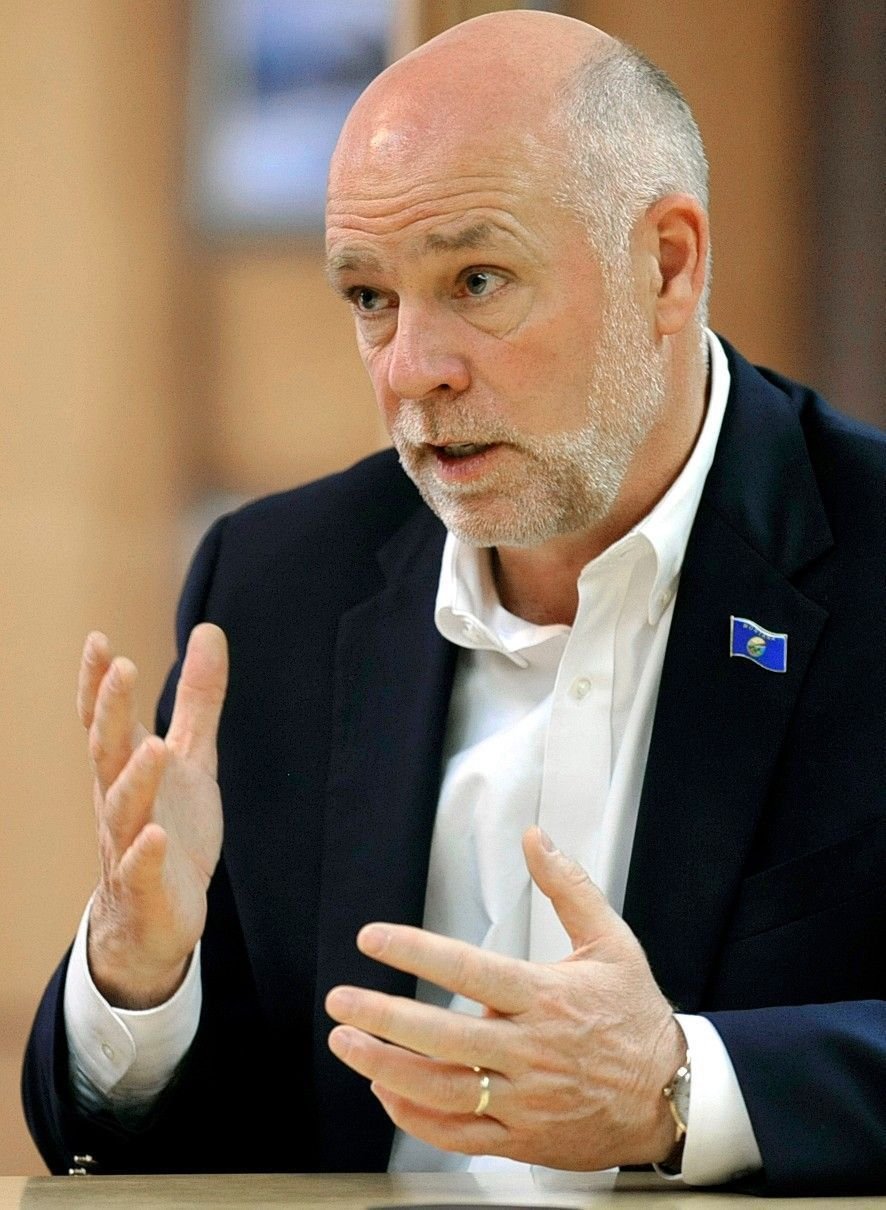 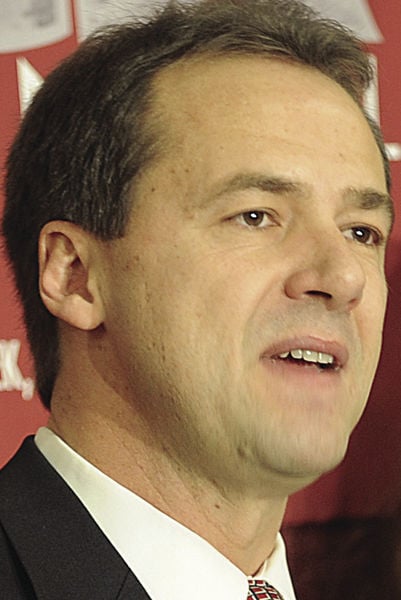