POLSON — If Gale Decker and Caroline McDonald agree on one thing, it’s that their electoral face-off has high stakes for Lake County.

“I've seen races where who's elected commissioner really doesn't make any difference,” said Decker outside the County’s Polson courthouse last week, “and I think this election will have a significant impact moving forward on the county.”

Later that same day, McDonald told a group of supporters who had squeezed into Ravalli’s Windmill Village Bakery that “a lot of people aren't really aware of the commissioner's race until their taxes go up or something like that. But this time around, it's really important.”

McDonald, a Democrat, consultant and member of the Polson School District Board of Trustees, is challenging one-term Republican incumbent Decker for his seat representing Lake County’s District 3. The winner will join Dave Stipe and Bill Barron on the three-member Board of Commissioners, serving the county’s midsection from Ronan to Polson.

The terrain is bucolic, and the population sparse. But both candidates see complex challenges ahead for Lake County. Some center on the services that county government delivers, and the rules it enforces. But others involve its deep, sometimes-tense relationship with the Confederated Salish and Kootenai Tribes.

The guests at McDonald's Ravalli campaign stop focused mostly on services, with some voicing frustration with the state of roads to Moiese and Finley Point. McDonald identified roads as one of her top priorities, but said that the county government would first need to assess its needed repairs before making a plan.

Asked about the connected problems of jail overcrowding and substance abuse, McDonald said “we need to look at continuing to support the drug court, but we also need to look at providing some recovery options in this community.”

Some in the audience also raised Lake County’s Density Map and Regulations, implemented in 2005 but relegated to non-binding “advisory” status earlier this year. McDonald wants it made mandatory again, for two reasons: “The first is kind of philosophical,” she explained. “I believe that we are a representative government, and so we should represent the people. For all the meetings that I attended, I saw a tremendous number of people show up and say, ‘Keep the regulatory force.’”

She also said that “making it advisory makes it more subjective and therefore gives it more exposure” to lawsuits.

After her talk, McDonald acknowledged this threat’s severity. But when it comes to monitoring lake water, operating boat inspection stations, and taking other measures against the species, she thinks Lake County should follow the lead of the state and the Confederated Salish and Kootenai Tribes.

“Together they are the preeminent experts in the field … and the county does not have nearly as much resources,” she said. “I think [the commissioners] should be taking their resources and jumping on board with two experts that they have right there.”

This stance has some things in common with Gale Decker’s, who identifies invasive mussels as one of his top three campaign priorities. During an interview, he stressed the need to cooperate with the tribes, but also envisioned a stronger role for Lake County. He posited that the county could gain federal funds through its role in drafting new plans for the Columbia River System Operations, and said that he and the other commissioners have drafted a state legislative bill that would allow creation of special taxing districts for mussel prevention.

Aquatic invasive species are just one of several issues that link Lake County to the Salish and Kootenai Tribes. The Flathead Indian Reservation overlaps with about two-thirds of the county.

Decker has questioned his opponent's ties to the tribes. Though not a tribal member herself, McDonald's husband Rob is a spokesperson for the tribal government. Decker scrutinized this relationship in a July post on his campaign website entitled "Conflict of Interest?"

“I think it is reasonable to assume that she has a long time and significant connection to Tribal Council,” he wrote, asking whether McDonald could keep County litigation strategies confidential in the event the county meets the tribes in court, and whether her connection to the tribes would place her in conflict with certain state laws and county policies.

Presented with these critiques, McDonald said that her work in consulting and with the Polson School District has required her to meet several legal confidentiality requirements, and that she and her husband keep a "Chinese Wall" on such matters. In addition, she said that "I would happily uphold Montana and federal law, as would be my duty as an elected official."

Beyond these disagreements, she and Decker differ on several aspects of the tribe-county relationship.

One of these is the density map that McDonald wants re-instated. The rules did not apply to certain types of tribal lands, but staff maintained that they tried to follow them voluntarily there. How much they’ve actually done so has been a point of contention with Decker.

“In my opinion, it's a discriminatory document,” he said. “It treats residents of Lake County differently based on their race.”

It’s becoming a drain on county resources, argued Decker, producing a spreadsheet showing the county’s police and emergency costs have increased from $6.3 million in fiscal year 2014 to $7.4 million in 2018. He attributes 65 percent of those costs to Public Law 280.

McDonald said the issue is "really in the tribes' hands at this point." Both they and the state would need to agree to end their Public Law 280 agreement and return Lake County's legal and policing tasks to tribal and federal authorities.

But last year, Decker and the other commissioners declared their intent to withdraw from this arrangement. Decker hopes that doesn’t happen, calling the arrangement “good for all of us here in the county,” but he thinks Lake County would need to receive at least $2 million per year, from either the state or federal government, to make it financially sustainable.

Financial concerns drive Decker’s third top priority: tax revenue lost to tribal trust lands. Federal law guarantees Indians and tribes the right to place land into trust held by the federal government, a step that exempts those lands from local property taxes. In 2011, the Montana Legislature created a Temporary Tribal Tax Exemption for properties in the process of being placed into trust.

Decker, a former math teacher, has focused heavily on this issue. He estimates that Lake County has lost, on average, $2.2 million in unpaid property taxes per year since 1986 on lands that have gone into trust, and at least an additional $129,000 to the Temporary Tribal Tax Exemption (the tribes have disputed this trend's scale). In fiscal year 2019, Lake County expects to receive about $12.2 million of its $26.9 million budget from property taxes.

He and Commissioners Barron and Stipe maintain that they don’t dispute the tribes’ right to place fee land into trust. But they have taken the matter to court, unsuccessfully suing the Montana Department of Revenue over its decision to remove Selis Ksanka Qlispe (formerly Kerr) Dam from the tax rolls after its operations were transferred to the tribes, and appealing a U.S. Bureau of Indian Affairs decision to place the Big Arm Marina into trust. That move was remanded for further consideration.

Decker wants the lost revenue to be reimbursed by the federal government’s Payment in Lieu of Taxes (PILT) program, which compensates local governments for tax revenue lost to other types of federal lands. “In my opinion, we're at a tipping point” on the issue, he said.

Caroline McDonald doesn’t share that assessment. She said that Decker’s estimate of the value of property placed into trust last year was dwarfed by the property taxes disputed by all county residents. The Lake County Treasurer’s office could not confirm the latter amount by press time.

In McDonald’s view, the loss of revenue that does occur could be addressed through a state-level funding agreement. She’s concerned that the commissioners’ pursuit of federal funds would involve a costly, quixotic lawsuit against the federal government.

Decker says he would raise the matter with the state’s congressional delegation if re-elected, but doesn’t rule out future litigation between the county and tribes on other matters.

McDonald sees these legal troubles as symptoms of a deeper problem.

Throughout her talk, McDonald kept returning to the need for the county to become a “good civic partner” with the area’s other governments — not just for goodwill’s sake, but to leverage their shared resources, better attract private investment and make Lake County more competitive for federal grants.

“What really concerns me about my opponent is that he sees everything as either ‘We the taxpayers have to pay it or by God, the tribes have to pay for it,’ and I think that he sees the world way way too narrowly.

“When we're working together, the whole world is the option, we draw in potential investors, we provide opportunities for tapping into federal funds” that the county wouldn’t otherwise be eligible for.

McDonald declined to specify any grants she thought the tribes and county could win in partnership, citing the fast-changing availability of federal funds.

Decker, for his part, maintained that he's committed to working with the tribes and other governing entities, and acknowledged that more work needed to be done.

“[With] these other governments there's always issues that come up, but we're typically able to sit down and figure out a path forward. Not everybody's happy with it, but we haven't been able to do that with CSKT, and I think that's a real opportunity that we're missing.”

Before the election, voters will be able to meet the candidates and assess these positions for themselves at a forum at the Ronan Community Center from 6 to 8 p.m. on Wednesday, Oct. 10.

Political experience: Member of Polson School District Board of Trustees since 2013; 3 years as Board Chair

Ways voters can reach you: gdecker48@ronan.net

Given the choice between leaving private property and being cited with criminal trespass, seven people chose the latter in order to put their …

When Gale Decker and Caroline McDonald say theirs is not a typical county commissioners’ race, the dollar signs back them up.

POLSON — For seven years, a scattering of tribally owned lands around Montana have enjoyed a state tax break. That could end if Lake County ge…

Lake County, tribes at odds over access to construction site

BIG ARM — When Lori Lundeen arrived at her property here earlier this week, she found her path blocked.

The biggest star in our galaxy is about to die, here's what that means for Earth 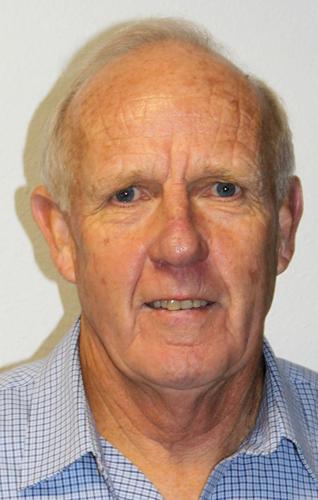 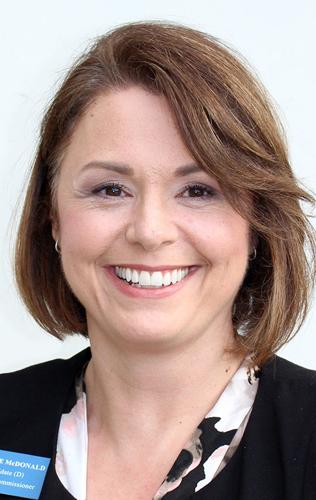