A wide-ranging plan — incorporating everything from the adoption of energy efficiency standards for utilities, replacing aging mobile homes with newer ones, and creating regional "innovation clusters" — to help Montana deal with climate change was released Wednesday by Gov. Steve Bullock.

In announcing the Montana Climate Solutions plan, a 72-page collection of recommendations, Bullock addressed one recommendation that proved contentious even before the plan was released, saying he does not support a state carbon tax; nor would he commit Montana to any regional or national policy that imposes carbon prices.

"Let me be clear," he said. "… I do not support any of the proposals for national carbon tax in Congress. I do, however, support this council's recommendation to have a seat at the table," he said, referencing a section that urged dialogue on the subject.

Carbon pricing, or a carbon tax, adds a price per ton on fossil fuels based on their carbon emissions.

Last year, when Bullock was seeking the Democratic nomination for president, the Washington Post quizzed all 25 Democratic presidential hopefuls, asking: "Would you support setting a price on carbon, such as with a carbon tax or cap-and-trade?" Bullock responded, "Yes … a carbon tax shouldn't be off the table if it includes safeguards to ensure lower-income communities are not disproportionately affected." Bullock dropped out of the race in December.

The plan released Wednesday is the culmination of more than a year's work by a council created by the governor's executive order, its 40 members drawn from environmental groups, industry, agriculture, nonprofits and more. 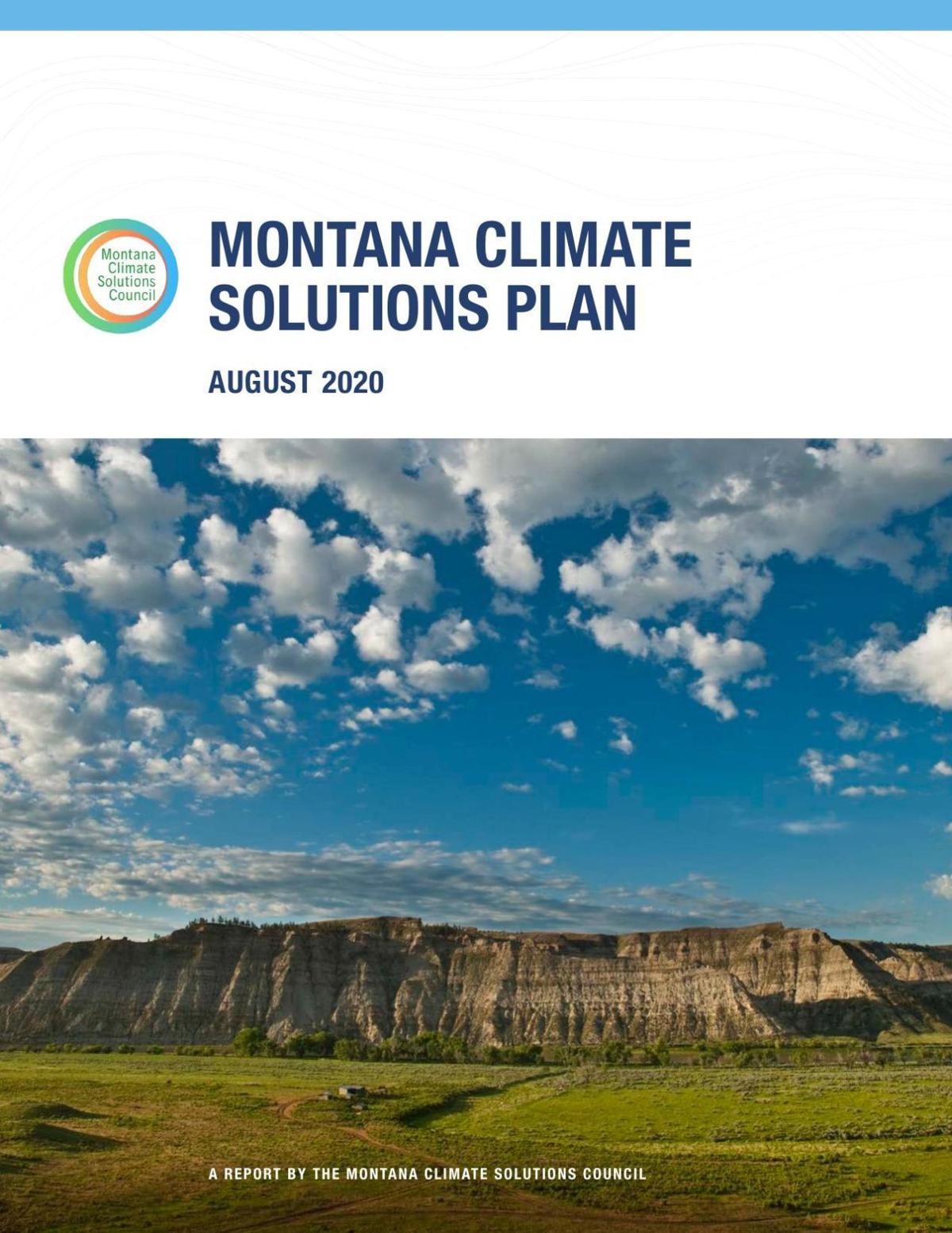 "For too long our response to this issue has been curtailed out of a false pretense that dealing with climate will divide our state along east-west, rural-urban and partisan divides,” Bullock wrote in his introduction to the plan.

The council, whose process included public input, was tasked with finding strategies to deal with climate change. Among other things, its proposals aim for net greenhouse gas neutrality in the electric power sector by 2035, and net zero emissions overall by 2040-2050, Bullock said Wednesday.

However, the plan's recommendations are just that. Some would require legislative action, others approval by the Public Service Commission or other state agencies, and others by local governments.

Still, "Montana must act," the council wrote in its introduction to the report. "The urgency for action is great, and the opportunities for benefits commensurately large."

Bullock wrote of the increasing severity of wildfires in Montana, and the council noted that the state's temperatures are 2 to 3 degrees Fahrenheit warmer than in the 1950s, with earlier snowmelt and peak spring runoff. "Not only does the state face a series of physical risks tied to a changing climate, the state also faces fiscal risks impacting state budgets and services, and economic risks implicating employment and income trends," the report said.

The report's recommendations were grouped under three main headings: Preparing Montana for Climate Impacts; Strategies to Reduce Greenhouse Gas Emissions; and Capturing Innovation Opportunities in Montana's Response to Climate Change and Addressing the Needs of Workers and Communities in Transitions.

There was consensus on nearly all the recommendations; the one titled “Engage in National and Regional Dialogues Regarding Carbon Pricing" was a rare exception.

Earlier this month, the conservative Daily Caller site released a draft of the report, in a story that focused on that particular recommendation.

The story spurred a testy exchange of letters between U.S. Sen. Steve Daines and Bullock, who is seeking to unseat Daines in November's election, with Republican Daines calling the suggestion “a reckless proposal” and a “gut punch” to energy-industry jobs. Bullock responded that Daines’ take was “knowingly dishonest.”

Wednesday, Bullock urged Montanans "not to opt just to stick our heads in the sand."

"As the saying goes, you can be either on the bus or under it," he said. "... We can be blindsided by the impacts or miss the boat on opportunities to fulfill those needs."

"It's interesting how he thinks he can just change his mind with Montana reporters but tell national reporters something different," wrote Doyle.

Olivia Bercow, Bullock's campaign spokesperson, said that "the governor’s position has been consistent throughout. He believes that if you are not at the table, you're on the menu. Like the report said today, if there are discussions, Montana should be included."

Other proposals that saw dissent included a recommendation on efforts to develop and deploy carbon capture and storage technologies; those dissenting raised concerns that such technologies were expensive and unproven, and that sequestration might affect water quality.

The plan now goes to the Legislature and the Public Service Commission.

Get Election 2020 & Politics updates in your inbox!

Keep up on the latest in national and local politics as Election 2020 comes into focus.

U.S. Sen. Steve Daines and Gov. Steve Bullock — opponents in a tight U.S. Senate race — got into a dustup this week over a statewide climate change plan that has yet to be released.

A federal appeals court denied a request for an emergency injunction in a lawsuit filed by two Montana Green Party candidates seeking to override a state court opinion that knocked the party off the ballot.

WATCH NOW: Smoke to linger all week in Missoula area

Fires in California and Oregon are sending smoke over western Montana, and that will continue through the rest of this week and possibly beyond.

Smoke from the West Coast wildfires helped set the stage for a Washington, D.C., hearing on a new wildfire and forest management bill backed by U.S. Sen. Steve Daines of Montana.