The Montana state senator who shepherded a resolution in the 2021 Legislature to study the possibility of small modular nuclear reactors for Montana said Tuesday he was heartened by the news of Wyoming teaming with Bill Gates to build a new type of nuclear power plant.

Sen. Terry Gauthier, R-Helena, said the move by Wyoming officials could be of great benefit for his Senate Resolution 3, saying he hoped it would motivate Montana Gov. Greg Gianforte to advocate for the idea.

The resolution is for a legislative committee to review the idea over the interim. The Energy and Telecommunications Interim Committee, made up of four senators and six representatives, is expected to discuss it at its July meeting, Gauthier said.

He has said the small modular nuclear reactors will fit into the footprint of the coal-fueled Colstrip Power Plant and the turbines can be fitted with the new reactors.

Wyoming announced June 2 the state will house the first Natrium reactor in a partnership with Gates’ TerraPower company, the U.S. Department of Energy and PacifiCorp. The reactor would be built within one of four retiring coal power plants, signaling a greener energy future for a Wyoming economy that has long relied on fossil fuels, Victoria Eavis of The Casper Star-Tribune reported.

“Wyoming has been a leader in energy for over a century,” Gates said remotely at a news conference held at the state Capitol, “and we hope our investment in Natrium will allow Wyoming to stay in the lead for many decades to come.”

The reactor is scheduled to begin generating electricity in mid-2028. It’s estimated that the project will involve two to three years of design and licensing work before construction begins. The plant will house one of the first small modular reactors in the U.S., the Star-Tribune reported.

Wyoming Gov. Mark Gordon said the project will create hundreds of jobs that are comparable in pay and quality to fossil fuels industry positions.

The exact location of the new reactor is still up in the air. The plant will replace a current coal-fired plant operated by PacifiCorp. Gary Hoogeveen, president and CEO of PacifiCorp division Rocky Mountain Power, said the goal is to decide by the end of 2021 which of the utility’s four plants will house the nuclear power plant: Jim Bridger near Rock Springs, Naughton in Kemmerer, Dave Johnston in Glenrock or Wyodak near Gillette.

U.S. Department of Energy Secretary Jennifer Granholm, who also spoke remotely at the event, said the new reactor will produce 345 megawatts of power. It will use small, modular reactors which can be used individually or combined to create a single large power plant.

TerraPower was one of two companies to receive an $80 million Federal Energy Department grant in October, the first installment to put toward establishing a nuclear power plant.

The announcement comes as state leaders are grappling with how to position Wyoming in a diminished future for fossil fuels — traditionally the state’s economic driver. Coal production in particular has been on the decline as coal-burning power plants continue to retire amid increased competition from natural gas and renewable energy, the Star-Tribune reported.

Most of American nuclear plants today are approaching the end of their life spans. In 2020, nuclear power produced a fifth of the total electricity generated in the U.S., the same amount as renewables. Nuclear power’s carbon footprint is equal to wind, less than solar and far less than coal. Nuclear power plants also occupy much less land than solar and wind farms, which people in Wyoming complain can be an eyesore, the Star-Tribune reported.

In Montana, SJ-3 says the closure of coal-fired power plants will result in negative impacts on the Colstrip community and coal-fired boilers could be replaced by an advanced nuclear reactor that would provide clean, well-paying jobs.

Talen Energy and Puget Sound Energy shut down units 1 and 2 in early 2020 because they were no longer economically viable. Units 3 and 4 remain in operation, though four of the power plant's owners face coal power bans in Washington and Oregon beginning in 2025. No Colstrip owner has a nuclear power plant now and no owner has expressed interest in building a nuclear power plant in Colstrip, in any form.

Gauthier has said these will fit into Colstrip Power Plant’s footprint and the turbines can be fitted with the new reactors. It can then use the remaining infrastructure to produce and distribute clean, affordable electricity safely and without carbon emissions.

He said Tuesday he hoped the news out of Wyoming would draw deeper interest to his proposal.

"I think Gov. Gianforte will pay a little more attention now that Wyoming has come out," he said. "It will make our study resolution a little more important."

"I think we're ready to move on to the next chapter," longtime weed opponent Steve Zabawa said Friday.

Montana had more deaths than births in 2020 for 1st time

Early and provision data from the state health department and a report compiled by a demographer document the stark statistics for 2020, a year dramatically altered by the pandemic.

A 50-year-old inmate at the Montana Women's Prison died Tuesday, according to the Montana Department of Corrections. Billings police and the Yellowstone County coroner are investigating the death.

Montana Fish, Wildlife & Parks is unsure how effective the new laws will be when it comes to driving down wolf populations.

Montana heads into new deal with private prison in Shelby

Montana is on track to ink a new contract with the private prison near Shelby by the end of the month, a deal that's come together under an different landscape than previous negotiations.

State lawmakers called the unprofessionalism at Montana’s Public Service Commission a betrayal of public trust Monday as they reviewed a financial audit showing a lack of control at the agency.

"Mental illness is really difficult work. It's not for everyone, so we really praise the nurses who have stuck it out and stayed there," Montana Nurses Association CEO Vicky Byrd said. 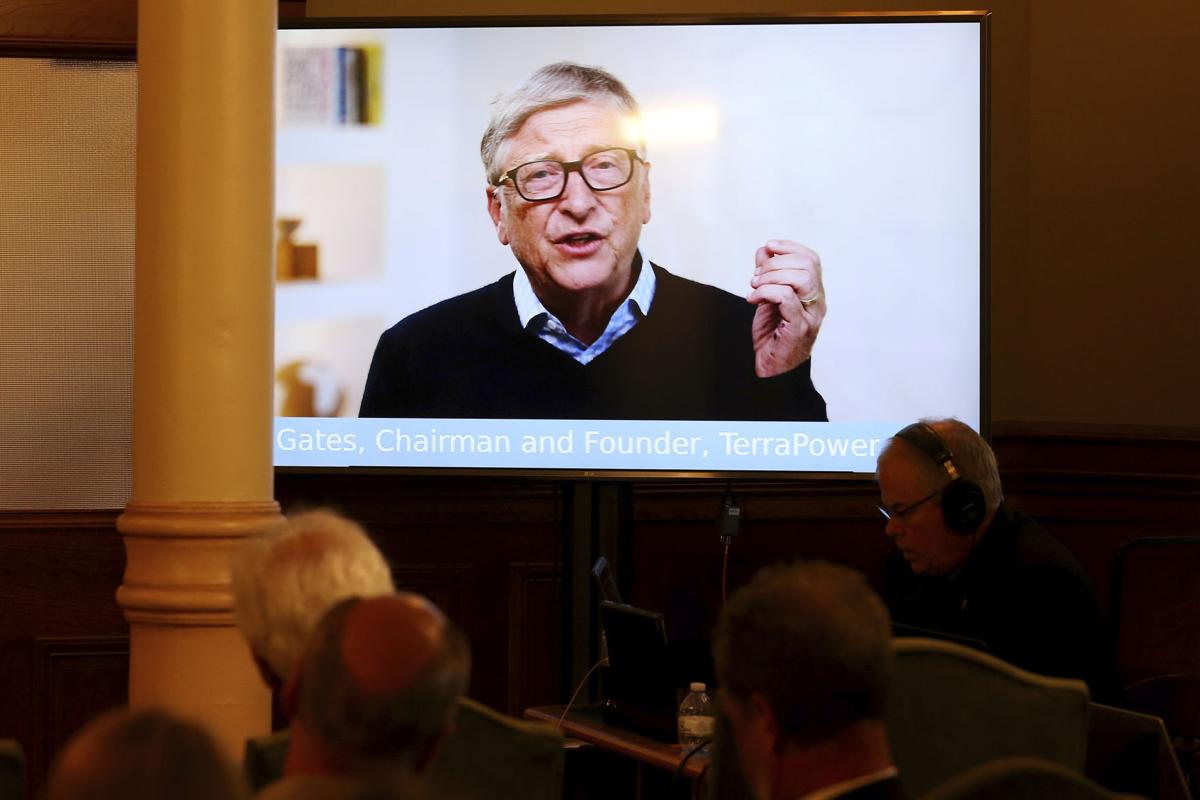 TerraPower Founder and Chairman Bill Gates speaks to the crowd in a recorded video message during the June 2 press conference in the Wyoming Capitol in Cheyenne. 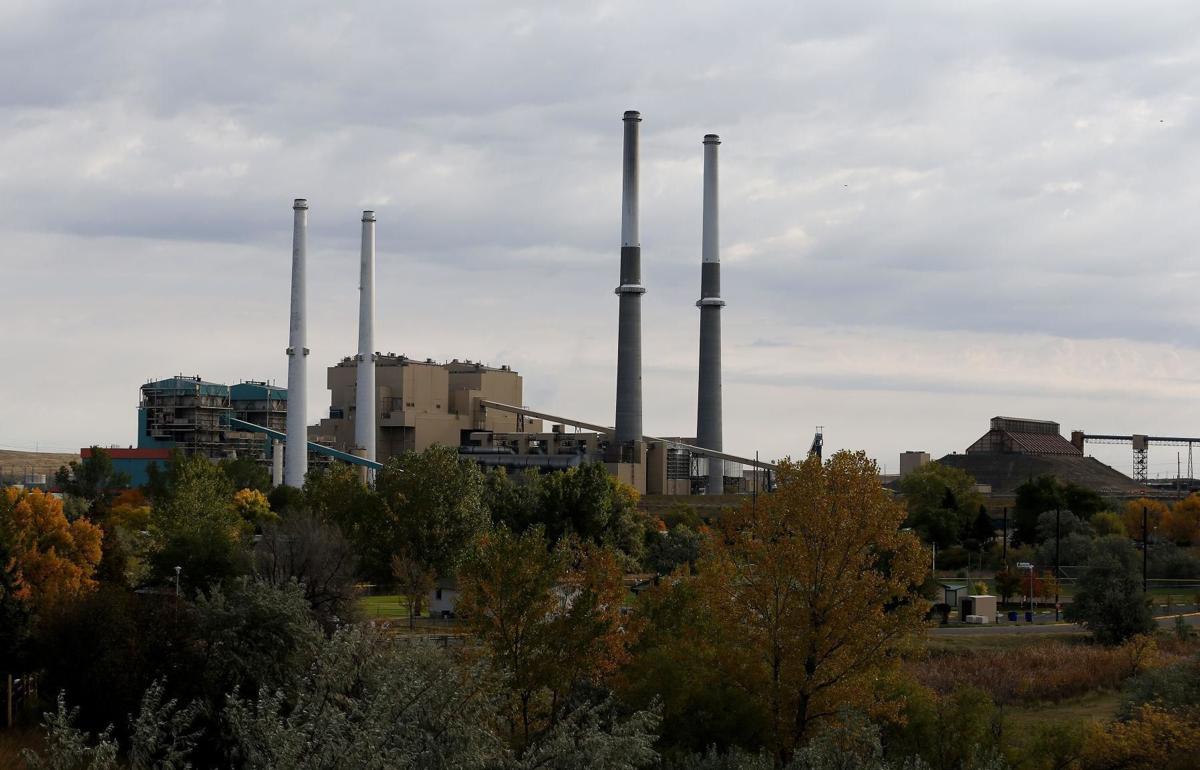 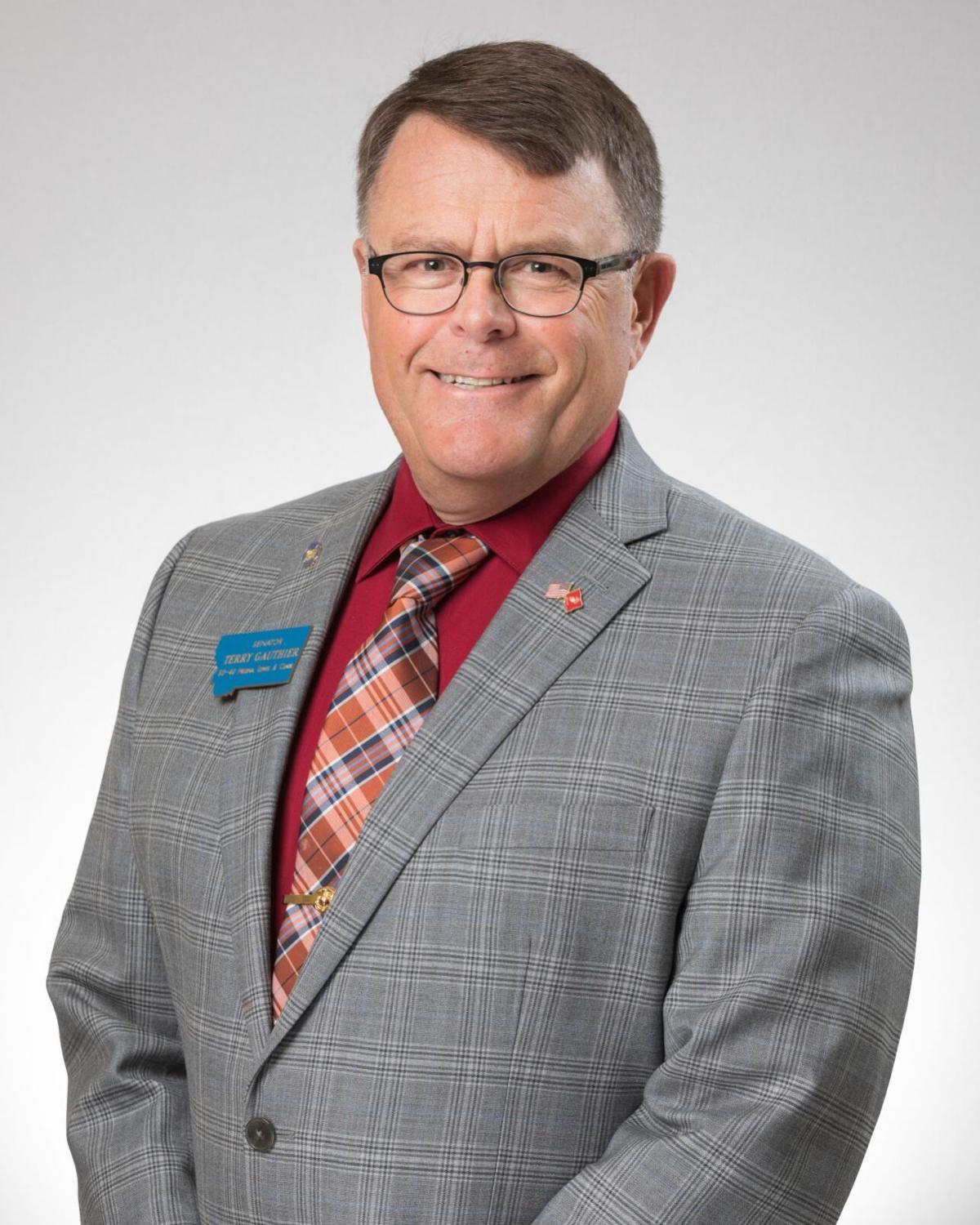