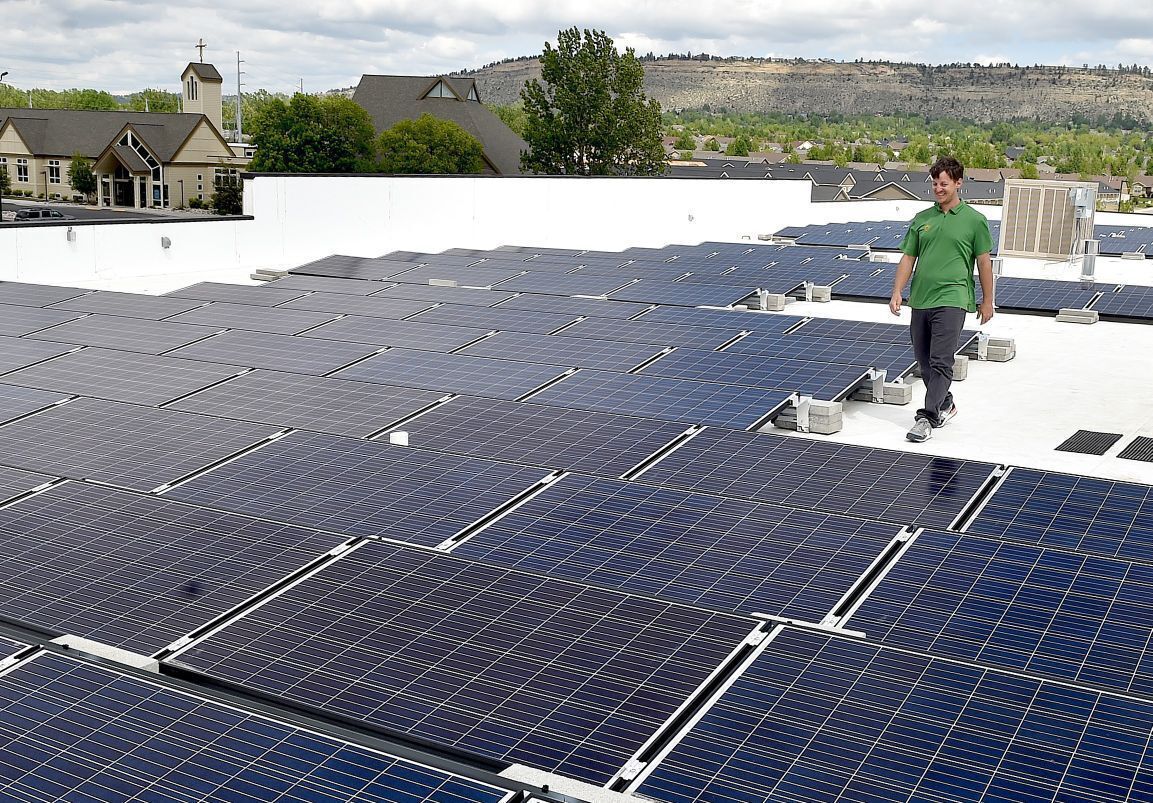 Rooftop solar panels are shown on a building in Billings in 2016. 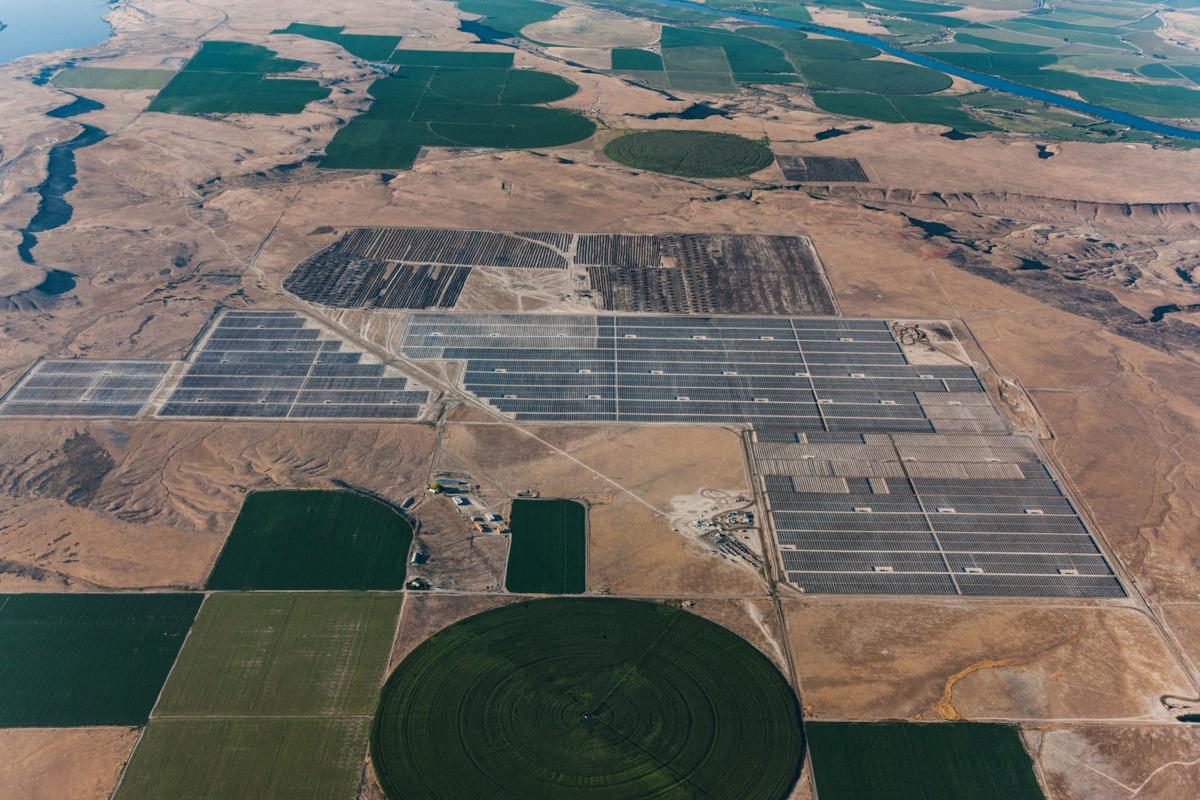 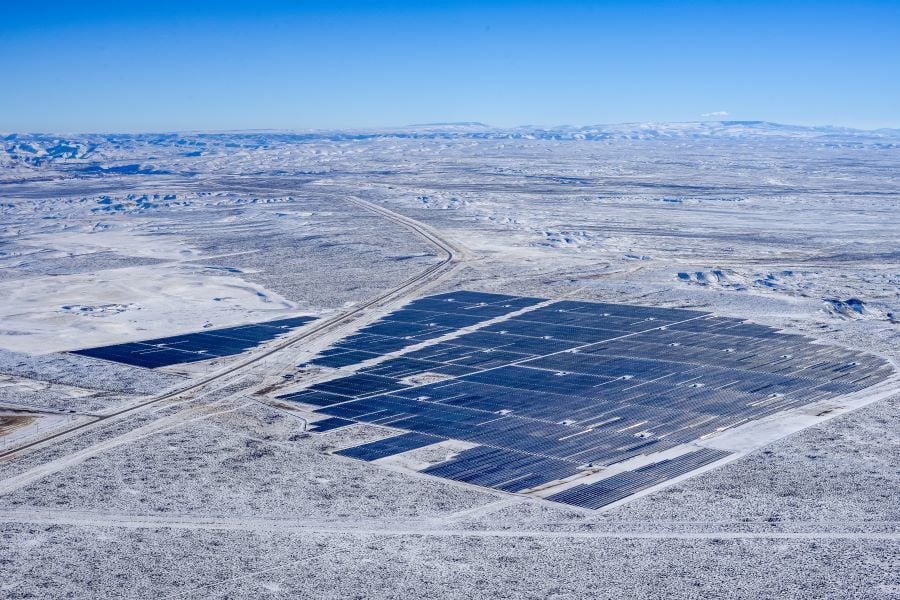 The 700-acre Sweetwater Solar Project in Wyoming is pictured in this 2019 news release photo by Clénera Renewable Energy.

Electric cooperatives should find it easier to transition away from coal power. Nonprofits for the first time should qualify for renewable energy tax incentives. The homeowner share of the rooftop solar costs should be cut about 30%.

The Senate will take up Build Back Better in the coming weeks through budget reconciliation. The bill passed the House on partisan lines in November with $2 trillion in spending on a broad range of social programs, like funding for prekindergarten and childcare, affordable housing, health insurance subsidies and lower prescription drug prices for seniors.

“There's a couple provisions in this reconciliation bill that could help co-ops keep up with government regulation and consumer demand,” said Ryan Hall, spokesman for the Montana Rural Electric Cooperatives Association.

“The reconciliation bill gives co-ops the same access to renewable energy tax incentives that investor-owned, for-profit generators have enjoyed for a while," he added. "We'll also be able to access direct payment of these tax credits that are currently available only to the for-profit and investor-owned utilities."

Another provision is a voluntary Energy Transition Program, which will make $10 billion available for cooperatives to retire coal plants and build new renewable generation projects, he said.

In Montana, any benefit to cooperatives is no small matter. More than 400,000 Montanans rely on cooperatives for electricity. Co-ops are customer-owned, nonprofit organizations that were crucial for electrifying portions of the sparsely populated rural West that for-profit utilities regarded as unprofitable and avoided. Consequently, one in 10 rural homes had no electric service in the 1930s, according to the National Rural Electric Cooperatives Association. Things didn’t start improving until President Franklin Roosevelt created the Rural Electrification Administration and pushed the creation of cooperatives.

Co-ops in the West are significant consumers of coal power. Basin Electric, which generates power for the benefit of cooperatives in nine states, relies on four coal plants that have a combined nameplate capacity of 3,651 megawatts. Any transition away from fossil fuels to reduce carbon dioxide emissions will cost cooperatives.

But co-ops are also investing in renewables. Montana’s largest solar development, the 1,100-acre Cabin Creek Project, is a Basin Electric Power Cooperative project located near Baker. It is being built under contract by Clénera Renewable Energy, of Boise, Idaho. The nameplate capacity is 150 megawatts. The cost of the electricity is in the $30 per megawatt hour range, considerably less than the rate-based fossil fuel power in the portfolios of Montana’s for-profit utilities.

Cooperatives aren’t the only nonprofits seeing first-time access to federal incentives for energy. Not being able to participate in tax incentives for renewable developments have left nonprofits watching with their noses pressed to the glass as for-profit businesses dined out on renewable energy tax credits. Some Build Back Better incentives work more like rebates, which should spark investment.

“My understanding is that the provisions are really thinking about rebates and giving people incentives instead of just being a tax credit, or a tax break,” said Amy Cilimburg, director of Climate Smart Missoula. “It just makes them available to all kinds of nonprofits and governments, including, you know, schools, churches, nonprofits, larger or small, it’s just a whole lot easier.”

Churches are a good example of a nonprofit organization that could install enough rooftop solar to generate most of their electricity, Cilimburg said.

Build Back Better would provide the 30% incentive as a rebate, or direct payment upfront, and would not be a later payment on taxes paid. There are also tax credits for renewable generation and energy storage — such as batteries — which haven’t been offered before. Tax credits of $12,500 for electric vehicles, which like the rebates for renewable energy generation would be available up front, are another example.

One of the issues receiving little attention is the plan to keep these tax incentives around for 10 years. That certainty hasn’t always been there for renewable energy. There were years in the past decade when Renewable Energy Production Tax Credits were only approved 12 months at a time, in some cases retroactively by Congress in the final weeks of December.

Having incentives on tap for a decade should create stability for solar construction, said Andrew Valainis, Montana Renewable Energy Association executive director. What’s also promising is the separate credit for battery storage, which could be big for Montana businesses.

“What's great about the credits in the Build Back Better program, from my perspective, is that not only will it give another boost to solar and wind by extending it for 10 years so there's predictability, it will also add a standalone credit for storage, which is huge,” Valainis said. “Right now, if you install like a home storage system, to get the tax credit you have to install it and solar at the same time, then the storage would qualify, and toward the total cost. What this bill would do is, it would allow a separate credit, similar to the ITC, for solar and wind, but for storage.”

Energy storage is still new, with that price expected to decrease as the batteries become more established. The separate credit for storage gives consumers the option of waiting a few years for more favorable prices, Valainis said.

Montana’s delegation has been sharply divided on supporting the bill. U.S. Sen. Jon Tester, a Democrat, has indicated he won’t support spending that isn’t paid for, but his vote has to be in support of the plan for Democrats to succeed.

Montana’s at-large Republican Rep. Matt Rosendale voted against Build Back Better in the House, as well as the infrastructure bill.

Attorneys for Bozeman-based Upper Missouri Waterkeeper notified the EPA on Jan. 11 of its 60-day intention to sue.

Rooftop solar panels are shown on a building in Billings in 2016.

The 700-acre Sweetwater Solar Project in Wyoming is pictured in this 2019 news release photo by Clénera Renewable Energy.