The state health department director on Thursday issued a statement indicating he would not immediately comply with an order from a Billings judge to follow a 2017 rule allowing transgender Montanans to update their birth certificates using a form.

Though Yellowstone County Judge Michael Moses said in a rare bench order earlier in the morning that the 2017 rules "are the rules that will apply during the course of this litigation," Montana Department of Health and Human Services Director Charlie Brereton said the department would keep their September rule in effect. Moses' order also said the rule recently finalized by the department could not be enforced.

The administrative rule, which the Department of Public Health and Human Services adopted Sept. 10, said vital records could be amended only if the sex designation "was listed incorrectly on the original birth certificate due to a data entry error." The rule did not allow the certificate to be amended "based on gender transition, gender identity or change of gender."

“The department thoroughly evaluated the judge’s vague April 2022 decision and crafted our final rule to be consistent with the decision. It’s unfortunate that the judge’s ruling today does not square with his vague April decision. The 2022 final rule that the department issued on Sept. 9 remains in effect, and we are carefully considering next steps," Brereton said in an emailed statement.

A department spokesperson said in an email seeking clarification that "the department is awaiting a written order from today’s hearing, and carefully considering next steps."

"There is no such order in place at this time. The court acknowledged that it could not address the 2022 final rule and, therefore, could not invalidate it," spokesperson Jon Ebelt wrote.

Moses issued his order from the bench.

The dispute comes after the state Legislature in 2021 passed a law to require gender-affirming surgery and petition to a court to be able to update a birth certificate. Moses put a temporary halt to the law in April. Following Moses' preliminary injunction, the state issued an emergency rule in May, which the department finalized last week even after strong opposition during a June hearing.

In issuing his order from the bench, Moses said Thursday that "the preliminary injunction has always enjoined all aspects of (the law passed in 2021) and it cannot be circumvented by departmental action."

Moses' order from the bench is part of a lawsuit filed last year where the ACLU of Montana sued the state on behalf of two transgender Montanans over the 2021 law. The lawsuit is on behalf of Amelia Marquez, a Billings resident, and a trans man identified as John Doe in court proceedings. It is against the state of Montana; Gov. Greg Gianforte; the state Department of Public Health and Human Services, which handles birth certificates; and department Director Adam Meier. Meier has since left the position and was replaced by Brereton.

Moses on Thursday also disputed the state's assertion his original injunction was not clear. That April order read, in part, that the state was blocked from "enforcing any aspect of SB 280 (the 2021 law)."

"The department was enjoined in all aspects from (enforcing the law) and decided to pass rules anyway, claiming that they have the power to do whatever they want, notwithstanding an order. That really is unacceptable," Moses said. "And so my order was not unclear. It was clear as a bell. It said 'all aspects.'"

He continued: "This court's preliminary injunction is not to be violated pending the outcome of this case. It's as simple as that."

Akilah Lane, a lawyer for ACLU of Montana, said the characterization of Moses’ order as vague is “just false.”

Moses on Thursday morning stopped short of holding the state in contempt for issuing the emergency rule and then finalizing it, something the plaintiffs suggested in their June motion to seek clarification when the state enacted the rule in spite of the preliminary injunction.

The 2017 rule was issued by the administration of former Democratic Gov. Steve Bullock, with opposition from Republican state lawmakers.

Plaintiff Marquez on Thursday evening said she was first ecstatic to see Moses' ruling. After the department's statement, she first felt furious and then disgusted.

"To know that the administration is currently playing games with my life and the lives of other transgender Montanans, really the only feeling that I can put around it is disgust. I know my home, my birthplace, we're better than that," Marquez said. "It's a matter of nobody should feel as though they're above the law, and that's definitely what the current administration is making it feel like."

Marquez said that the roadblocks in place for her to be able to update her birth certificate means she worries about the possibility of someone asking for the document as part of a job application and or other process, forcing her to have to out herself in a situation where that might not be safe.

Before Brereton's statement, plaintiffs in the case issued a statement welcoming Moses' order.

“We’re thankful the court saw the state’s discriminatory new rule for what it was: a desperate effort to circumvent the judicial process and target transgender Montanans," the statement from the ACLU of Montana, the ACLU Foundation LGBTQ & HIV Project and Nixon Peabody LLP read. Forcing anyone to carry documents that contradict their identity is unjust and unconstitutional, and such a rule marks transgender people for further mistreatment and discrimination. We’ll continue to fight this baseless law until no transgender person is denied this fundamental right.”

The state Department of Justice, which is defending the state of Montana, was critical of Moses' order.

“Judge Moses mischaracterized the words of his own order, the parties’ motives, and the state of the law. His behavior today revealed his extreme prejudice, and his ruling continues the pattern of first determining his desired political outcome and then creating a justification for it," wrote Kyler Nerison, communications director for the department.

A Republican state lawmaker also took aim at Moses in a statement issued after the ruling.

“Like clockwork, Judge Moses issued yet another predetermined order in favor of liberal plaintiffs without thoroughly engaging with the legal issues at hand," said Sen. Greg Hertz of Polson. Hertz made claims of "improper judicial activism aligned with Democrat operatives."

The measure was put on the ballot by Republican lawmakers during last year's legislative session.

Democrats and labor groups objected to the proposal, saying the grant program wasn't given enough of a chance.

Those payments to the law firm Crowley Fleck PLLP are only a partial accounting of the legal expenses racked up by Secretary of State Christi Jacobsen.

The Montana Board of Public Education's recommended changes to ARM 10, Chapter 55 of Montana’s Administrative Rules on School Accreditation Standards are opening to the public comment process next month.

The lawyers for the state argued the judge's order could only address a 2021 law, not an administrative rule enacted by the Department of Public Health and Human Services.

The releases are aimed at recruiting new hunters rather than establishing or bolstering pheasant populations.

Families eligible to receive food assistance benefits will get a one-time payment of $391 per child under a federal program that came out of the pandemic.

Congressional candidates on both sides of the divide are set to take the stage in a pair of forums held by Lee Newspapers, Montana Public Radio and Yellowstone Public Radio on Sept. 29 and Oct. 5.

Why the colors of sunsets are so incredible

Why the colors of sunsets are so incredible 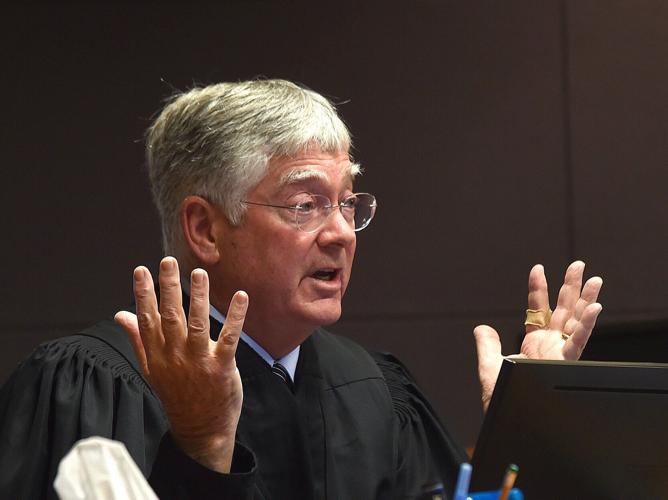 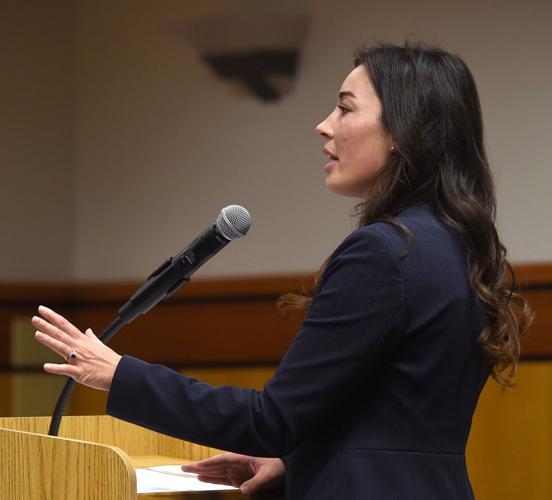 Kathleen Smithgall argues for the state as Judge Michael Moses presides over a hearing between lawyers from the ACLU and state of Montana in the Marquez v. State of Montana case on Thursday. 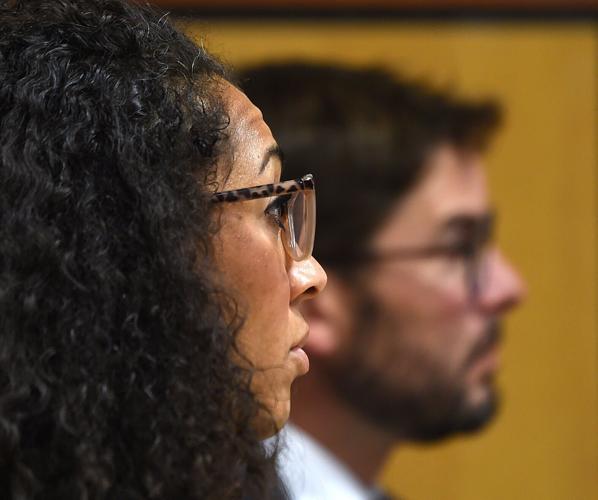 ACLU attorneys Akilah Lane and Alex Rate listen as Judge Michael Moses presides over a hearing between lawyers from the ACLU and State of Montana in the Marquez v. State of Montana case on Thursday. 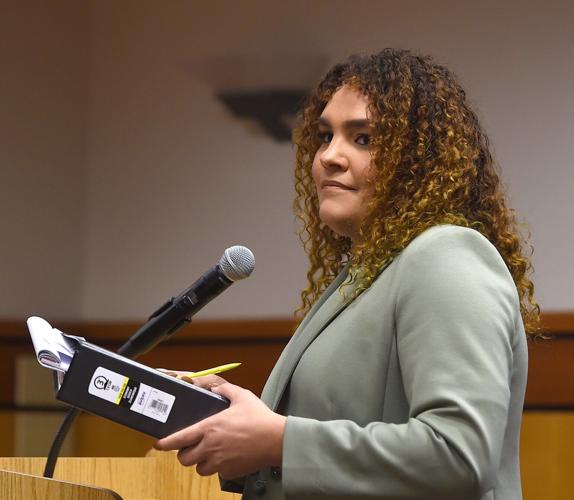