Become a Member
Read Today's E-edition
Share This
The race is on: Candidate filing opens in Montana
0 Comments
Share this
1 of 3 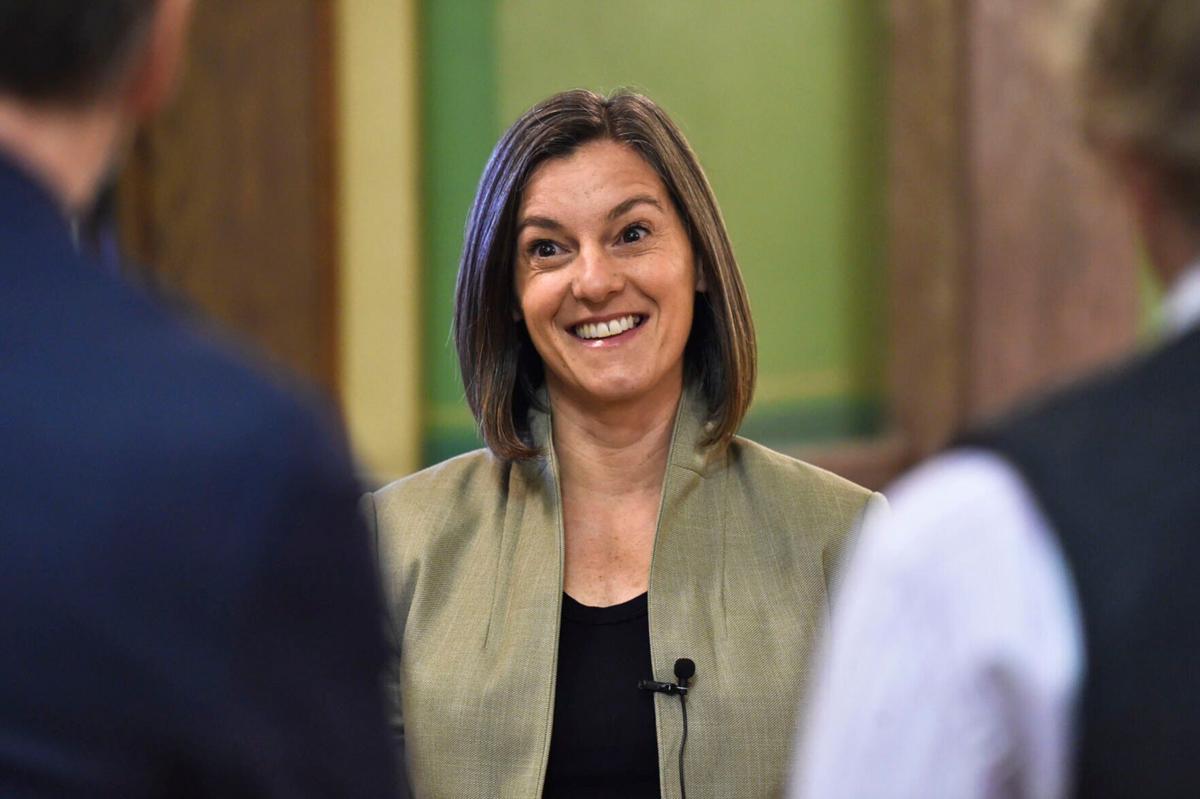 Cora Neumann, a Democrat, talks with reporters on Thursday after filing to run for U.S. Congress in the Montana State Capitol. 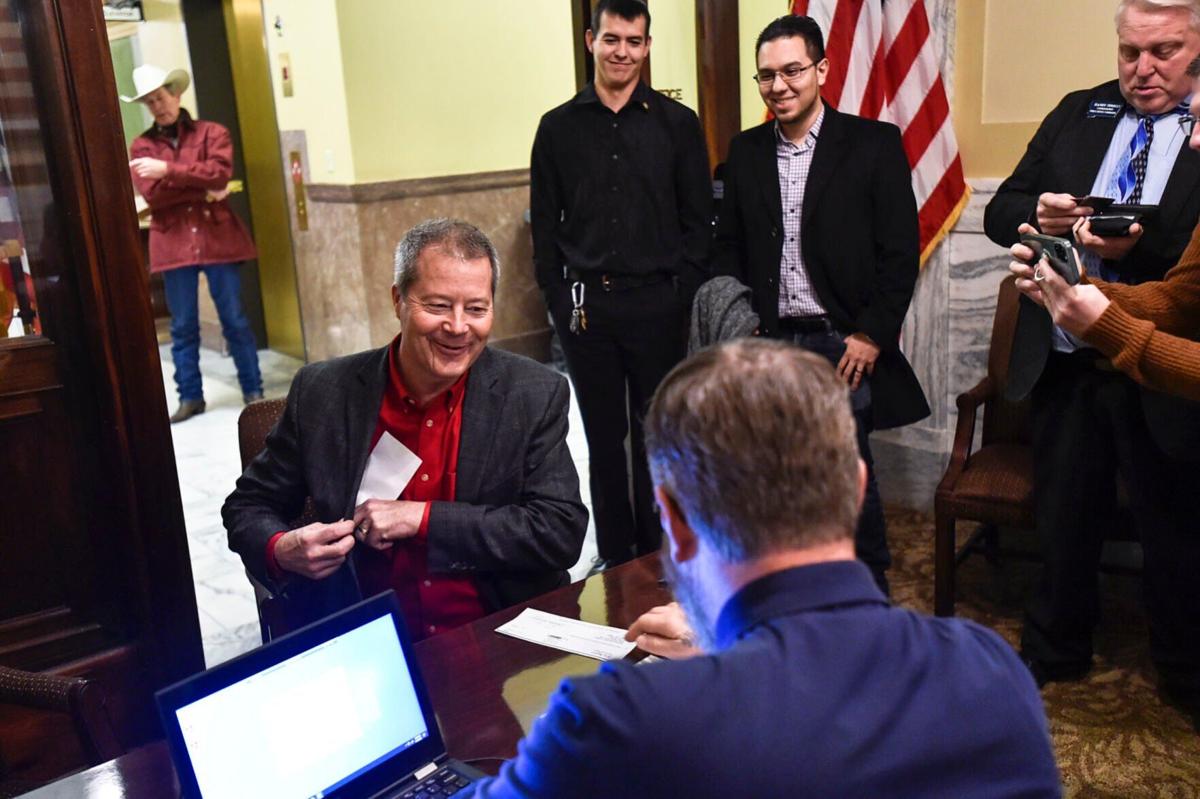 Dr. Al Olszewski, a Republican, files to run for U.S. Congress on Thursday at the Montana Secretary of State's office in the State Capitol. 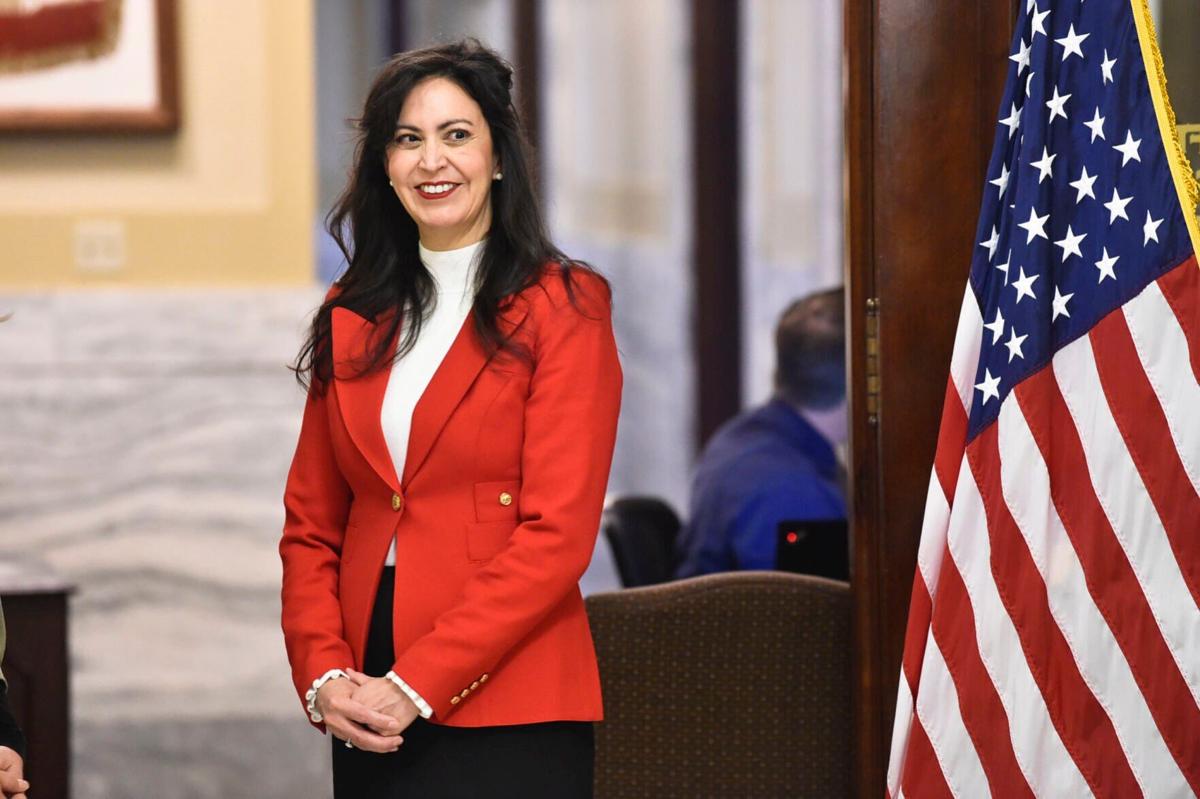 Montana Secretary of State Christi Jacobsen on the opening day of candidate filing for the 2022 elections.

As of 4 p.m. Thursday, Montana Secretary of State Christi Jacobsen said 81 candidates filed for office on the opening day. Of those 81, 12 filed in person at the Secretary of State's Office at the state Capitol. The rest filed online.

The state's highest-profile race may be for the new congressional seat, and campaign season is already well underway. The new western district, known as District 1, returned to Montana through a population increase tracked by the U.S. census after the state spent 32 years with just one seat in the U.S. House. The state's redistricting commission settled on a map in November that largely followed the Continental Divide.

Democrats this cycle will have a lot of ground to make up with voters, who delivered all five statewide offices to Republicans in 2020 by decisive margins.

Cora Neumann, a Democratic candidate in the new district, said after filing with the Montana Secretary of State on Thursday morning that she feels good about Democrats' chances in the west. The district holds Missoula and Butte, two Democratic strongholds, along with Bozeman's ballooning population that trends blue.

"It's definitely a district that we can win and I'm proud of that," Neumann told reporters.

Neumann said she's familiar with issues facing residents in the western district, like lack of access to health care and affordable housing. Neumann is a public health expert who ran on the Democratic ticket for U.S. Senate in 2020 before she and most other candidates bowed out of the race once former Gov. Steve Bullock entered the field.

Al Olszewski, a former Republican lawmaker and 2020 candidate for governor, also arrived at the state Capitol on Thursday to get his name on the ballot in his bid for Congress. He faces former congressman and Secretary of the U.S. Department of Interior Ryan Zinke, but on Thursday Olszewski rejected the notion that Zinke is expected to win.

Olszewski said he'll try to cast himself as the "wingman" to Rep. Matt Rosendale, incumbent in the Eastern District who claimed 56% of the vote in the 2020 election. That means focusing on immigration, limited government and Second Amendment issues.

Zinke already has received an endorsement from former President Donald Trump. In 2018, Zinke resigned from his post in Trump's cabinet amid several investigations, and previously said he left the office so not to be a distraction. When Zinke announced his bid for Congress last year, he said he believes voters will shrug off those scandals as partisan attacks.

Democrats Monica Tranel and Tom Winter have also announced their bids for the new district. Tranel is a Missoula lawyer and former Public Service Commission staff attorney; Winter is a former Democratic state lawmaker from Missoula.

Rosendale, of Glendive, is seeking re-election in what is now the Eastern District. Democrats Jack Ballard, an outdoor writer from Red Lodge, Penny Ronning, a Billings City Council member, and Skylar Williams, of Billings, are each seeking to unseat Rosendale in the eastern district.

In statewide elections, District 1 and District 5 on the Public Service Commission are up for election and as well as two Montana Supreme Court seats. The PSC seats are four-year terms, and the Supreme Court justices are elected to eight-year terms.

But a wrench has been thrown into this year's PSC races after a lawsuit challenged the districts as unconstitutionally disproportionate. The districts haven't been redrawn since 2003 and are uneven in population, in some districts by as much as 50,000 people. Voters who filed the lawsuit and Montana Secretary of State agree that the districts violate the 14th Amendment's one-person, one-vote provision. But federal justices have not yet determined whether the courts should recalibrate the districts in an election year, as the plaintiffs have asked, or give state lawmakers, who by law balance the districts, another year to do so.

Citizen initiated ballot petitions could begin circulating in June, 2021. Petition signatures are due to county election administrators by June 17. County election officials then must file those initiative petitions with the Secretary of State by July 15 in order to appear on the general election ballot on Nov. 8.

Attorneys for Bozeman-based Upper Missouri Waterkeeper notified the EPA on Jan. 11 of its 60-day intention to sue.

Cora Neumann, a Democrat, talks with reporters on Thursday after filing to run for U.S. Congress in the Montana State Capitol.

Dr. Al Olszewski, a Republican, files to run for U.S. Congress on Thursday at the Montana Secretary of State's office in the State Capitol.

Montana Secretary of State Christi Jacobsen on the opening day of candidate filing for the 2022 elections.