Not everyone who is interested in agriculture grows up on a farm, and without the skills and experience, finding your way into a family farm operation as a new producer is difficult.

There are 27,048 farms in Montana, according to the 2017 census of agriculture provided by the United States Department of Agriculture. Of those, 94% are considered family farms, which the USDA defines as farms majority owned by the operator and relatives.

Dawson Community College animal science instructor Katie Carrier didn’t grow up with much of an agricultural background. But as she got older, she said, she knew she wanted to be involved “with the beef cattle industry in some shape, form or fashion.”

Entering college, however, she found that there were barriers to entering the business. One of them was confidence. She didn’t have as much prior experience as some of her peers.

“I didn’t have the background, so I wasn’t confident, and I was a little nervous [and] scared to tell my story, because the person sitting next to me, they grew up on a fifth-generation operation,” Carrier said.

Another barrier for young producers trying to enter the agriculture industry is financing.

“I’m not going to inherit a place, but it would be super hard for me to go out and purchase enough land to run 50 cows,” Carrier said. “That’s not realistic. Not in the next 10 years, anyway.”

Dawson County farm owner Dave Rice seconded that challenge: “I don’t know how a guy could even do it now, as far as buying equipment and buying land,” he said. “It would be tough.”

Rice grew up on the farm his grandparents started in the 1930s after moving from Oklahoma. They launched their operation as a canal was being built and people were beginning to settle in the area to raise irrigated crops. Rice said other farmers started out at the same time, and for the same reasons. But over time, smaller farms began to fail.

“Your neighbor would go out of business, so you’d buy his place for 25 cents an acre or whatever it was,” Rice said. “I think that’s how a lot of these farms got bigger and bigger, and it continues to this day.

Rice’s family currently farms 1,100 acres, not including pasture for livestock.

The consolidation, along with the equipment necessary to farm large properties, makes farming operations too expensive for many younger producers to get their start.

“You don’t really have people knocking down your door wanting to buy your place,” Rice said.

Even as the barriers to entry are daunting for younger would-be producers, Montana’s existing farmers are aging out of the industry. According to the USDA, just 8% of Montana farmers are under 35. Sixty-five percent are 55 or older.

Those numbers create a succession problem. As older producers age toward retirement, and younger producers can’t afford to buy their way in, farmers increasingly find themselves selling their properties to the only entities that can afford them: corporations.

Even when aging producers have children, family succession is far from guaranteed.

“Younger generation interest to keep [the farm] in the family has declined over the years,” Carrier said. And even when a farmer’s son or daughter is ready to return to the family operation and start work, the parent may not be ready to transfer management duties.

Such intra-family transitions are “definitely a huge issue,” she said.

Rice said he believes a lot of Montana farms — especially in the Dawson County area — will undergo a change of hands over the next several years, and many of the current operators will find it difficult to pass their operations on.

To help create a workable path for farm succession, DCC President Scott Mickelsen is working to create a program to give students the skills and professional development necessary to transition into agricultural production. Mickelsen hopes to eventually develop a 4-H and FFA facility to house projects, an equine facility, livestock handling facilities, a feedlot and — the largest part of the program — a working farm and ranch run by students.

“They come here, they get the experience, they work some livestock, they’re doing some rations, but then they really run and work this ranching operation,” Mickelsen said.

The first thing Mickelsen hopes to get started at DCC is a feedlot close to campus. He said he would like to see that established in the next year or two before moving on to some bigger aspects of the project.

“It would be nice to do all of that within a five- to seven-year period,” he said. “That’s going to take probably some heavy lifting and some recruiting of some dollars to make that all become reality.”

The program would be set up with a committee structure in which students would “help design the facilities, look at purchasing livestock, look at the feedlot [and] ration balancing,” Mickelsen said.

“I just see a lot of these kids, they’re going back and working on these ranches with absentee owners or even ranch managers, and they’re working on ranches that just don’t have that knowledge and that hands-on experience. And that’s what we want to give them at [DCC].”

Mickelsen’s model for his DCC ambition is the Ag 450 Farm program at his alma mater, Iowa State University.

ISU’s Ag 450 program is a senior level capstone course that teaches students management and life skills on a working farm owned by the school.

According to former Ag 450 farm operator Greg Vogel, the program concept and farm were developed by Dr. William Murray, a professor of agricultural economics at ISU, in 1938. Murray taught the program’s first class in 1943, and AG 450 has remained a successful program at the university ever since.

Vogel ran the farm for 27 years until June 2019, and said Iowa agriculture faces challenges similar to Montana’s: an aging population of farmers and ranchers, and difficulty keeping farms in family ownership as producers approach retirement.

On the Ag 450 farm, students are tasked with deciding which crops to grow, purchasing equipment, budgeting expenses for repairs and marketing, and everything else that goes into farm operations.

While students assist with some physical farm operations as well, a professional operator runs the farm according to decisions made by the students, creating a hands-on learning experience that covers all aspects of agriculture.

“Until (experienced producers) realize that you know what you’re talking about, they doubt,” Carrier said of her own experiences.

Though Dave Rice learned his way around a farm largely by growing up on one, he said the limited farm education he got at DCC was valuable as well. He took an agriculture mechanics course in the fall of 1978.

“I think that helped me immensely as far as preparing equipment and welding,” he said.

Even so, he said, he wishes DCC had offered more courses such as plant and soil sciences to go along with the practical aspects of the program.

Carrier said her years in school and extension work are where she gained the experience necessary to enter the agriculture industry.

“Through extension, really, I was exposed more to the ag industry, because I was getting to work with producers who were in it and doing it day in and day out,” she said.

After graduate school, she began working at a feed yard in Nebraska, then married and moved to Missouri with her husband to help work his family’s farm of 550 Black Angus cattle and row crops. They managed the cow and calf part of the operation.

“I wasn’t writing the checks, but I got the experience from [a producer] standpoint,” she said.

Such experience, Rice said, enables a “wonderful lifestyle” as a family farmer, even considering the work’s difficulties.

“You’ve got to have a work ethic,” he said. “I couldn’t imagine doing anything else.”

Montana is the oldest state west of the Mississippi, and demographic projections show the state growing collectively older as more Montanans enter their senior years. The economic, cultural, and personal impacts of that trend present the state and its residents with new challenges and, with those challenges, opportunities.

Graying Pains is a series of weekly stories and broadcasts exploring those challenges and opportunities in communities statewide. By investigating how other communities have responded to the issues raised by aging, Graying Pains hopes to point the way toward policies and innovations that can help Montana, and Montanans, improve with age.

The series is produced by the Montana Fourth Estate Project, a collaboration among 13 Montana newsrooms and the University of Montana School of Journalism under the auspices of the Montana Newspaper Association and the Solutions Journalism Network. See montanafourthestate.org for the collected Graying Pains stories and more information.

Montana added 45 new cases of the coronavirus and one death today.

Ravalli sheriff: 'We're going to get this person' who started fatal fire

Ravalli County Sheriff Steve Holton said the Sheriff's Office is investigating the suspicious blaze that occurred at an apartment complex in Corvallis on Monday. 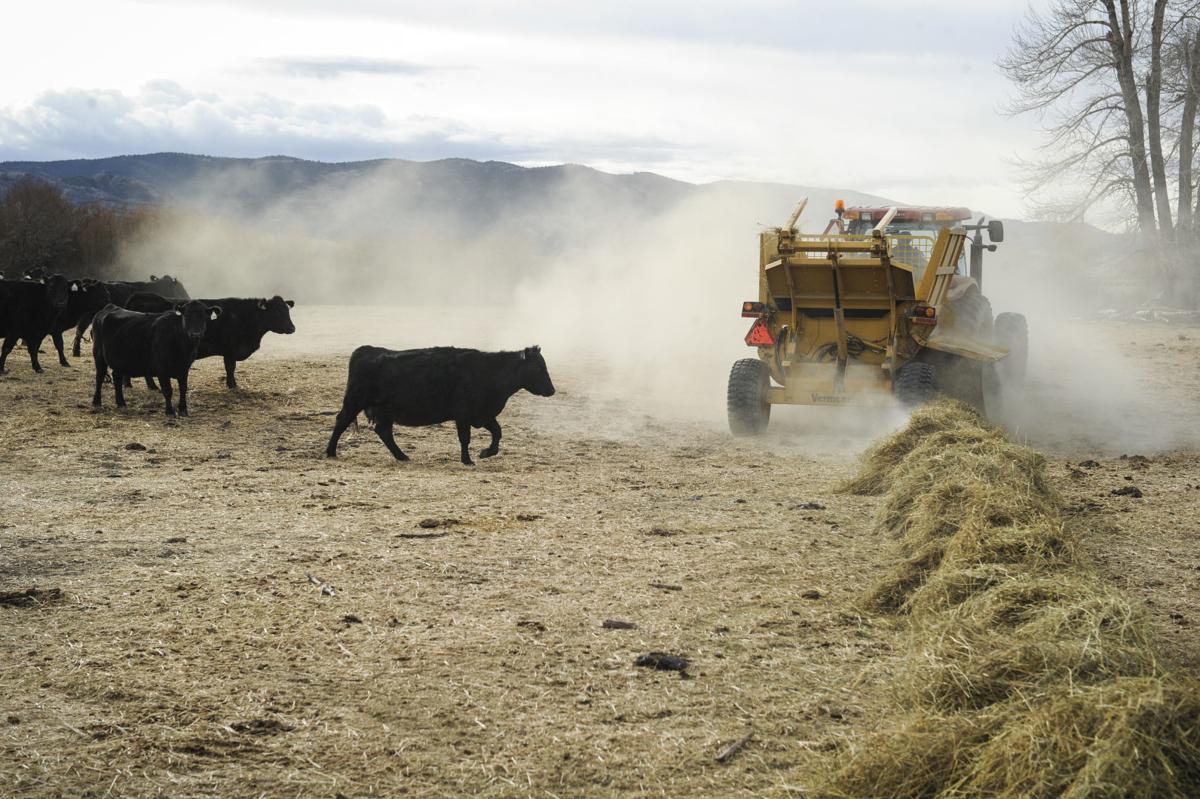 A rancher uses a bail spreader to feed his cattle on a family ranch outside Boulder. There are 27,048 farms in Montana, according to the 2017 census of agriculture provided by the United States Department of Agriculture. 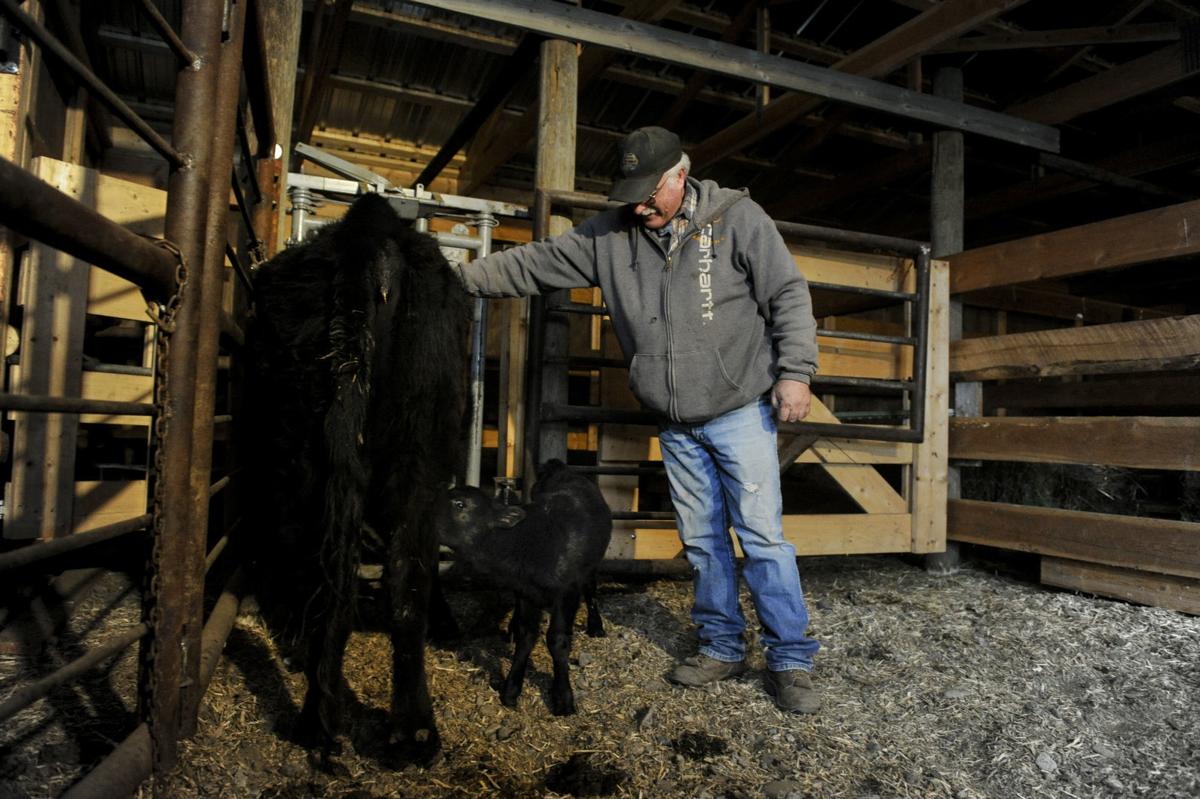 Tom Carey Jr. holds a cow in a headgate to keep her still while a motherless calf suckles for milk on his family ranch outside Boulder, Mont. Of the 27,048 farms in Montana, 94% are considered family farms, according to the 2017 census of agriculture provided by the United States Department of Agriculture. 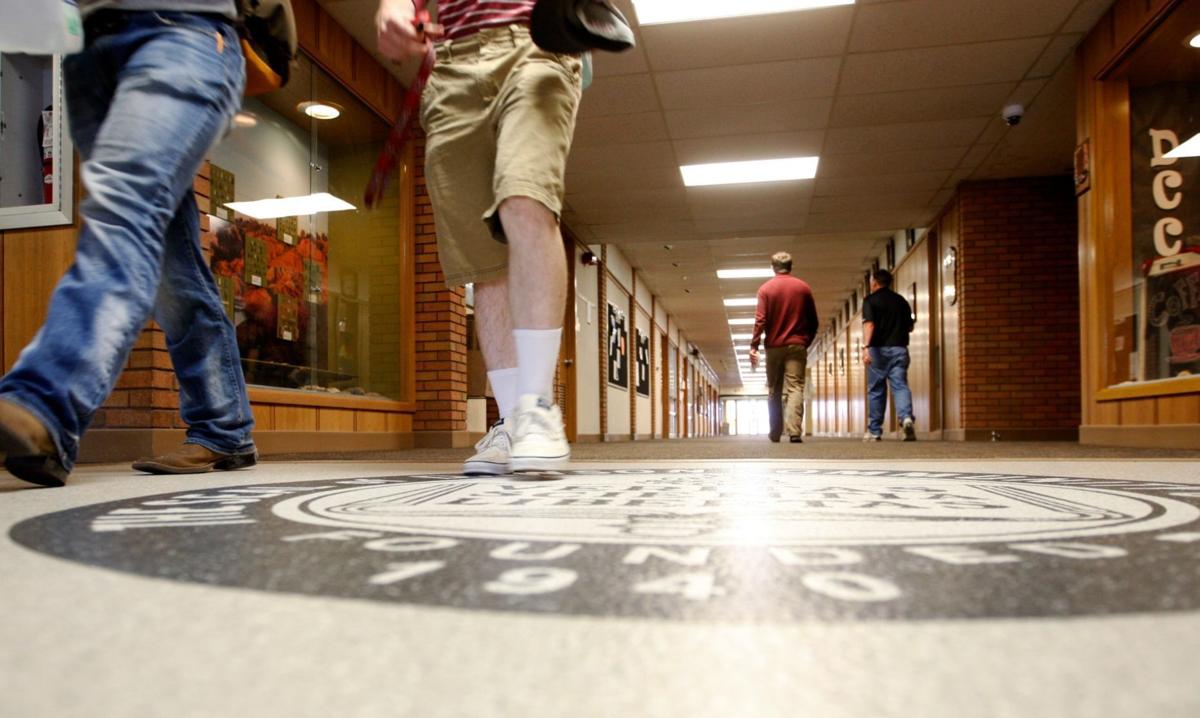 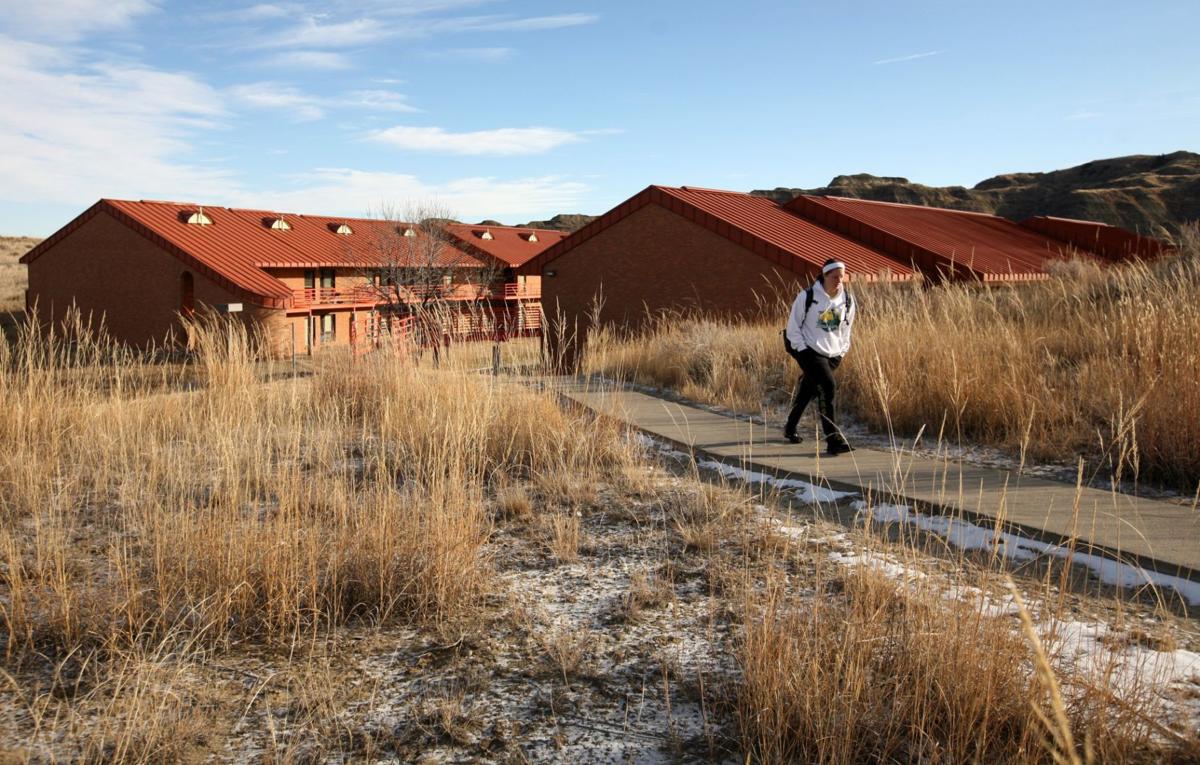 A Dawson Community College student walks from the dorms to the campus.