The political rally took place at noon Saturday at Women's Park in downtown Helena. Public Health Officer Drenda Niemann confirmed the organizers submitted a plan to adhere to COVID-19 guidelines that was approved by Lewis and Clark Public Health.

Organizer Rebecca Johnson said even with the inclement weather, the march was never in doubt.

"You can't cancel these things," Johnson said. "Once they're set in motion, you have to do it."

Speakers shared concerns about the federal government's response to the COVID-19 health pandemic; a right-leaning Supreme Court that could roll back provisions of the Affordable Care Act and Roe v. Wade; and voter suppression in the forms of aggressive purging of voter rolls, shuttering of polling locations and voter registration restrictions; among others.

Ryann Thomas, an 18-year-old Montanan and student at the University of Arizona, spoke to the attendees about her recent COVID-19 infection.

"Of course I was going to speak on it," Thomas said in an interview. "It's really important for the ballot this year too."

She told the crowd this election will determine the future of health care in America.

"As a first-time voter, a first-year adult and the first person in my family to have COVID-19, this is everything," Thomas said during her speech. "The Affordable Care Act is a safety net that Americans need, and health care should always have been a right."

Helena resident Akilah Lane said she hopes the rally inspires others to voice their concerns by voting.

Then a trumpet and a saxophone player led the attendees on a march to Daines' Last Chance Gulch office and back to the park.

Along the route, Helena resident Katie Knight said the solidarity of the event was energizing.

"I feel way better than I did before I came," Knight said. "When I'm here with a community of people who are activated and concerned, then I have more strength to go on."

As the line of people trudged through the slush along Last Chance Gulch, a Capital City Tire and Auto Service employee who had run out to the edge of the business' parking lot asked the marchers what the protest was about.

"Health care," Knight replied back. Then to her fellow marchers, "The climate. Voting rights. What isn't it about?"

Johnson said the rally was an attempt to break through the clatter of special interest groups and big money donors.

"If we have that united strong voice, we can change the way things are currently happening in our country," she said. "These are people who want to come together and solve problems and move our country forward instead of backward."

A Montana appliance store owner has been arrested and faces federal felony charges for his alleged participation in the breach of the U.S. Capitol while Congress was certifying the Electoral College vote.

A Dillon man is on a federal hold at the Missoula County Detention Facility in relation to his entering the U.S. Capitol illegally on Jan. 6, …

More than 400 medical professionals, 150 business leaders and 43 members of religious clergy in Montana have signed letters opposing both laws, as well as major hospital systems.

Gov. Gianforte orders Guard back after they slept outdoors

Gov. Gianforte said he requested that National Guard members deployed to Washington, D.C. return to Montana after finding out that troops were sleeping outdoors.

Martha Williams just has to change one letter on her business card — from FWP to FWS.

An update to Montana's COVID-19 case mapping and information website Monday revealed a dashboard with statewide vaccination numbers broken down at the county level.

The four bills aimed at reducing access to abortions all passed the committee on a 12-7 party-line vote, with Republicans for the legislation and Democrats opposed.

Biden issued an executive order Jan. 20 requiring the use of face coverings on federal property and lands, something Gianforte said didn't make sense for Montana.

The U.S. Marshals Service Montana Violent Offender Task Force is asking people to be on the lookout for a man wanted for multiple felony warrants including assault with a weapon and strangulation of a partner or family member.

Tree map: Program catalogs every grove in the U.S. forest

Look at a wooded hillside. 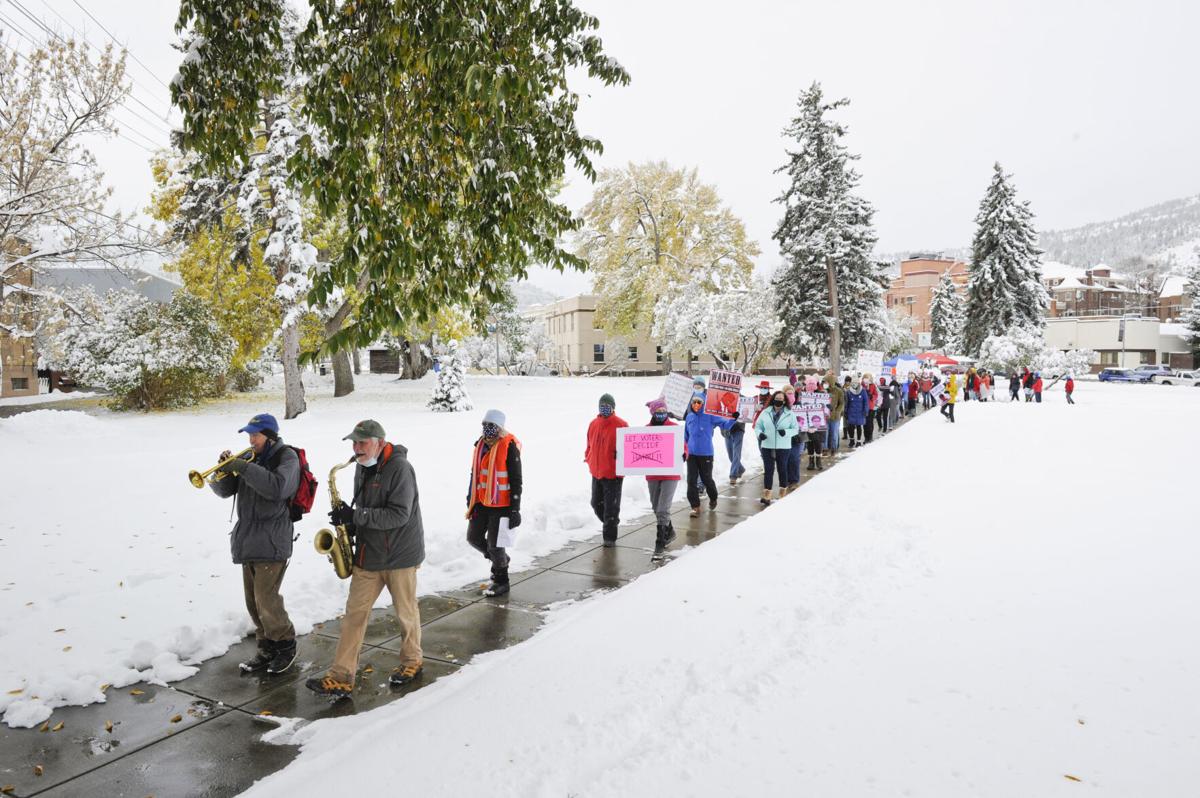 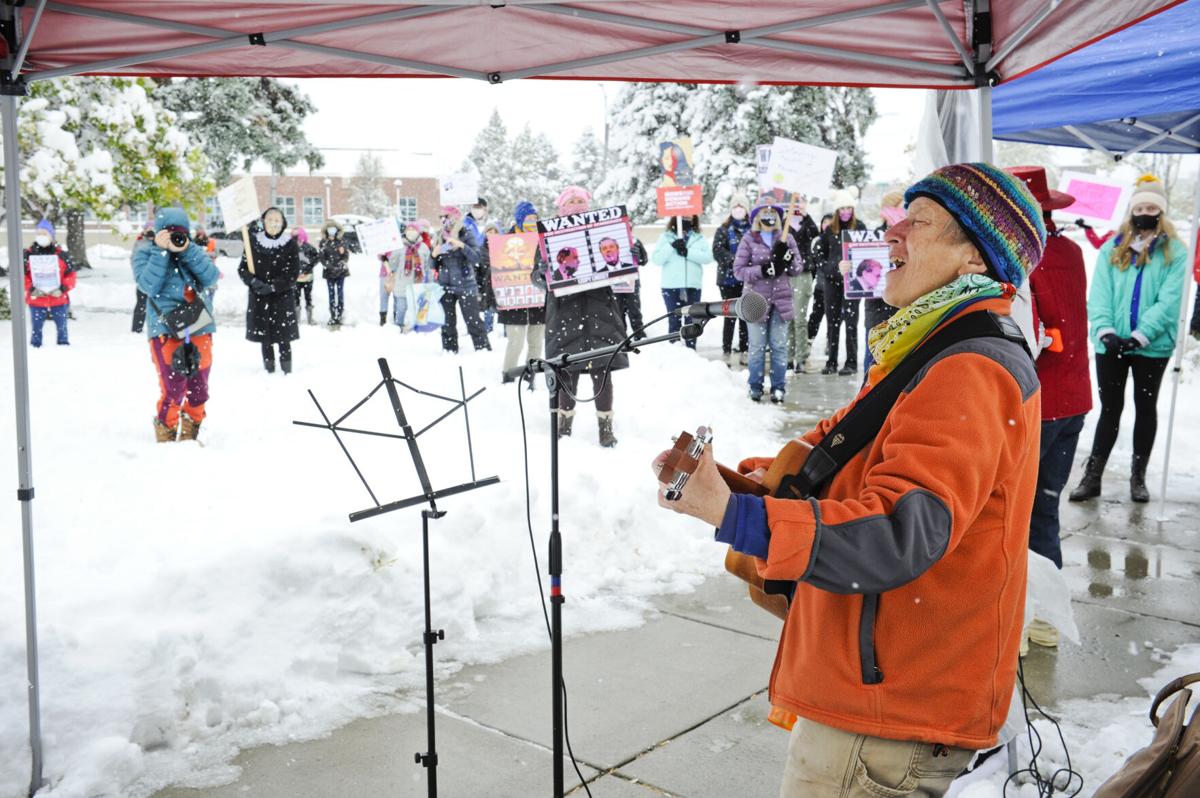 Judy Fjell leads demonstrators in a song during the Women's March downtown on Saturday. 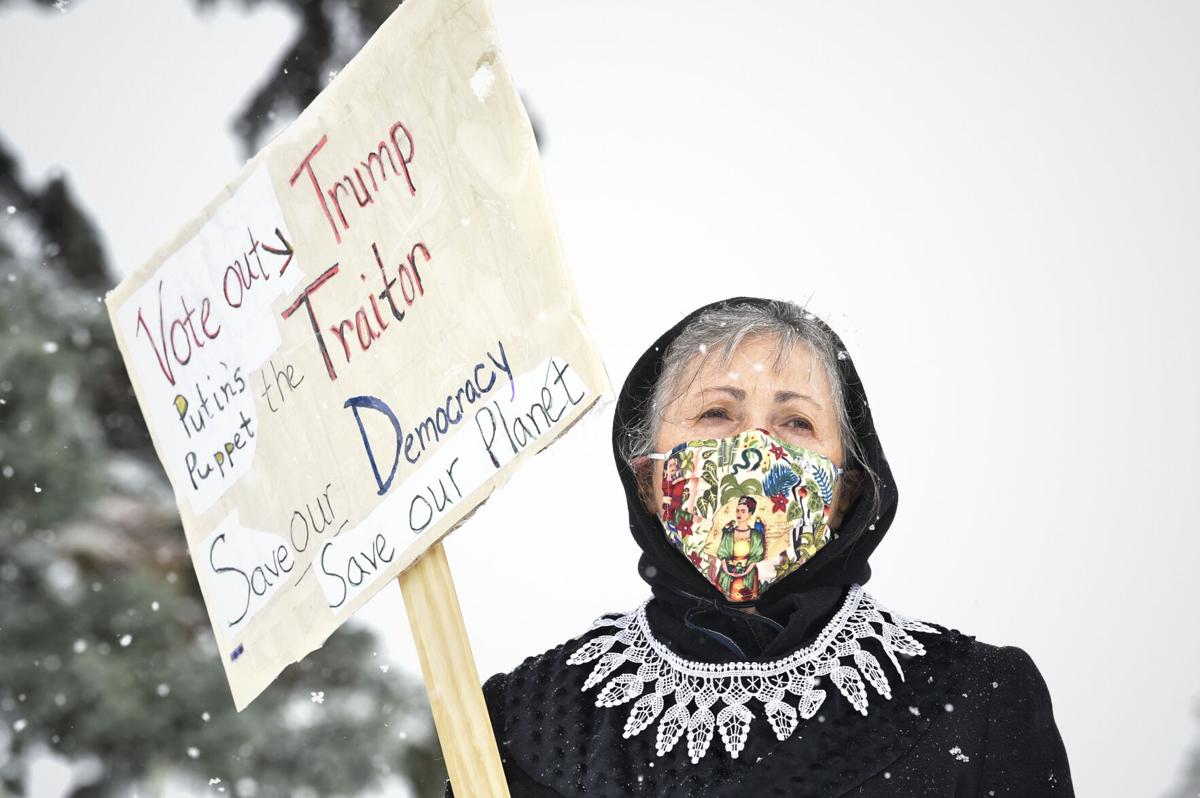 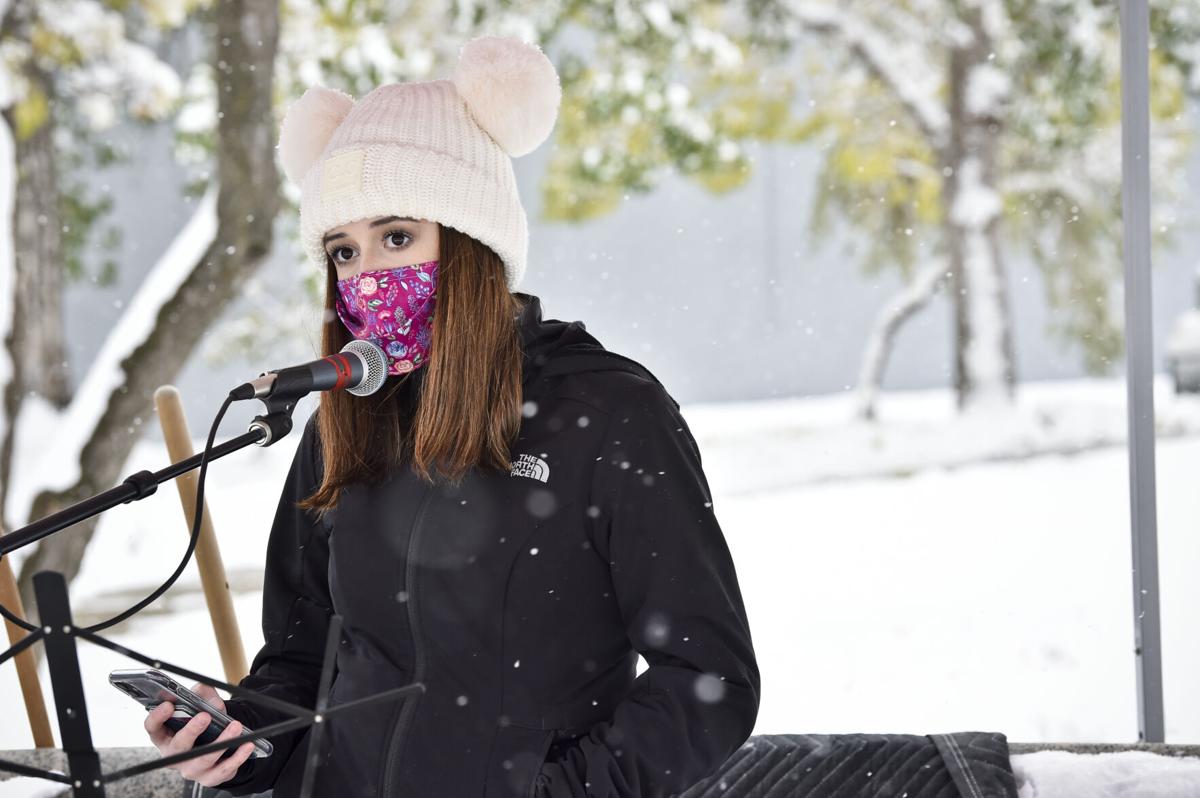 Ryann Thomas, an 18-year-old Montanan and student at the University of Arizona, spoke to the attendees about her recent COVID-19 infection during the Women's March downtown on Saturday.