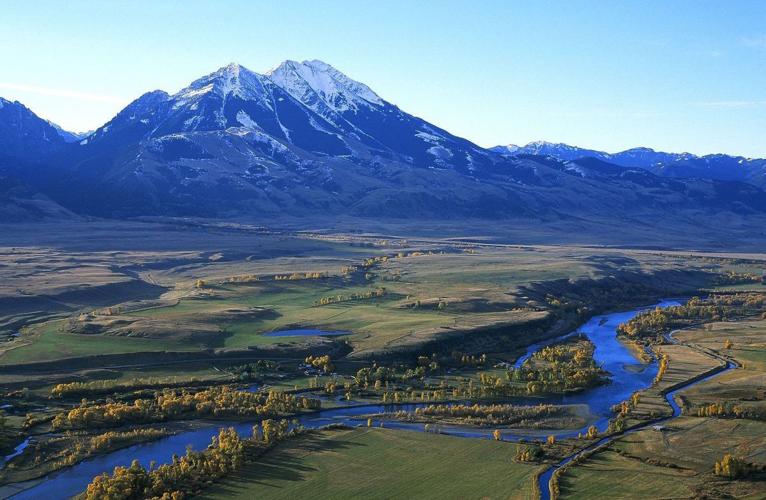 The Yellowstone River from Gardiner to Laurel is being closed to all recreation. 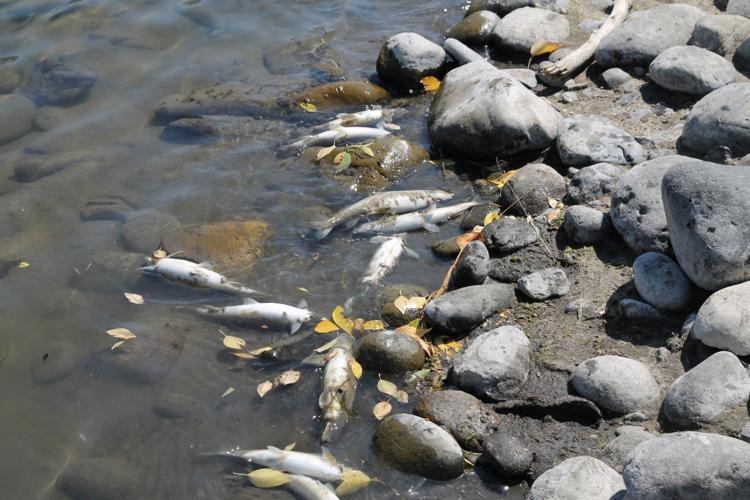 Dead whitefish line the shore of the Yellowstone River recently. Montana Fish, Wildlife and Parks is implementing an immediate closure of all water-based recreation on the river and its tributaries from Yellowstone National Park’s northern boundary at Gardiner to the Highway 212 bridge in Laurel.

BILLINGS – In an unprecedented move, Montana Fish, Wildlife and Parks is closing the Yellowstone River from Gardiner to Laurel to all water-based recreation – fishing, wading, floating, tubing, boating.

"This significant action on the part of the department is in response to the ongoing and unprecedented fish kill on the Yellowstone," FWP said in an email. "This action is necessary to protect the fishery and the economy it sustains. The closure will also help limit the spread of the parasite to adjacent rivers through boats, tubes, waders and other human contact and minimize further mortality in all fish species."

The closure also affects all tributaries from Yellowstone National Park’s northern boundary at Gardiner to the Highway 212 bridge in Laurel.

Test results from samples sent to the U.S. and Wildlife Service Fish Health Center in Bozeman show the catalyst for the fish kill to be Proliferative Kidney Disease – one of the most serious diseases to impact whitefish and trout. The disease, caused by a microscopic parasite, is known to occur in Canada, the U.S. and Europe. It has been documented previously in only two isolated locations in Montana over the past 20 years. Recent outbreaks have occurred in Washington, Oregon and Idaho. In trout, research has shown this disease to have the potential to cause 20 to 100 percent mortality. The parasite does not pose a risk to humans.

The effect of the disease on Yellowstone’s fish populations is exacerbated by other stressors like near record low flows, consistent high temperatures and the disturbance caused by recreational activities.

FWP Director Jeff Hagener said the decision to close the river came after weighing "the totality of the circumstances and risk to the fishery.

“We recognize that this decision will have a significant impact on many people. However, we must act to protect this public resource for present and future generations,” Hagener said in a press release.

"A threat to the health of Montana's fish populations is a threat to Montana's entire outdoor economy and the tens of thousands of jobs it sustains," said Gov. Steve Bullock, noting that Montana's outdoor recreation economy is responsible for more than 64,000 Montana jobs and nearly $6 billion in yearly economic activity. "We must be guided by science. Our state cannot afford this infectious disease to spread to other streams and rivers, and it's my responsibility to do everything we can to stop this threat in its tracks and protect Montana jobs and livelihoods."

FWP will continue to monitor the river and will lift the closure when stream conditions such as flow and temperature improve and fish mortality ceases.

In addition to the closure on the Yellowstone, FWP is asking for the public’s assistance in preventing the spread of the parasite by properly cleaning (CLEAN.DRAIN.DRY) all equipment prior to moving between waterbodies, such as boats, waders and trailers. FWP has also set up two Aquatic Invasive Species decontamination stations along Interstate 90 near the affected area in an effort to help reduce the chance of this parasite moving to other rivers.

BILLINGS – Fish, Wildlife and Parks crews are still searching for answers to what killed more than 700 mountain whitefish in the Yellowstone R…

Fish-killing poison to be applied in Yellowstone streams

Hundreds of fish killed in Yellowstone River near Livingston

The Yellowstone River from Gardiner to Laurel is being closed to all recreation.

Dead whitefish line the shore of the Yellowstone River recently. Montana Fish, Wildlife and Parks is implementing an immediate closure of all water-based recreation on the river and its tributaries from Yellowstone National Park’s northern boundary at Gardiner to the Highway 212 bridge in Laurel.