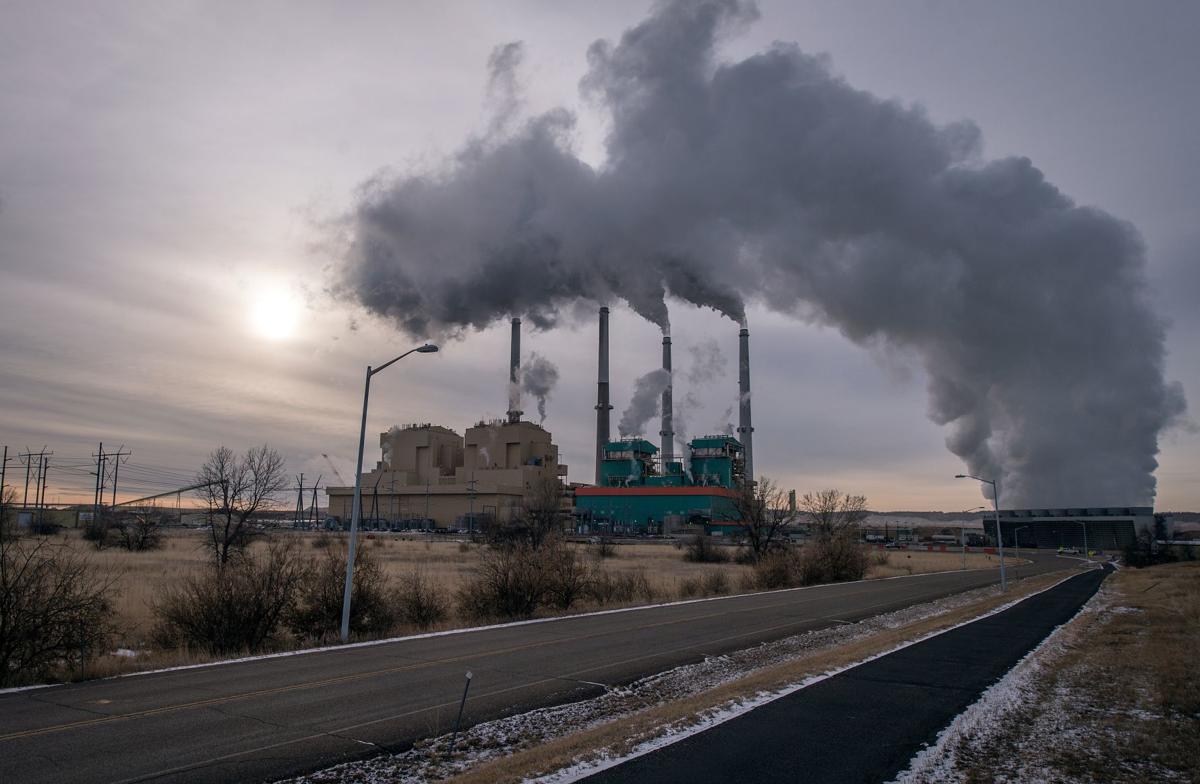 The Colstrip power plant is pictured on Jan. 30.

An estimated $20 million in needed repairs to Colstrip Power Plant Unit 4 has raised concerns about the life of the generator, according to regulatory filings in Washington state.

The superheated portion of the Unit 4 boiler is showing signs of metallurgical wear and degradation, regulatory analysts reported.

The superheated portion refers to a zone of boiler tubing where steam is heated to 1,005 degrees before entering the power plant’s turbines. Repair costs are estimated at $20 million, according testimony by David Gomez, a staff member of the Washington Utility and Transportation Commission.

The nature of the repairs needed and cost estimates are based on information provided by Colstrip Power Plant operator Talen Energy and Washington utility Puget Sound Energy, which is the largest Colstrip stakeholder among the power plant’s six utility owners.

WUTC staff said the major repairs Unit 4 needs could result in the unit’s closure, considering that Puget Sound Energy already expects the cost of coal to increase considerably under a new contract. The new price for coal is still unknown. The current contract with neighboring Rosebud Mine expires at the end of the year.

“Besides the likely considerable, yet unknown cost impacts of a new coal contract, the superheat section in Unit 4 is starting to show signs of metallurgical wear and degradation,” Gomez said in testimony that someone unsuccessfully attempted to redact. “…Each of the Colstrip owners, including PSE, must consider if an investment of this size is prudent across the useful life of the facility, especially considering other external factors that may mandate PSE remove coal generation from its portfolio by a date certain.”

That “date certain” cited by Gomez is the end of 2025, when utilities in Washington must stop servicing customers with coal power under the state’s new pollution laws addressing climate change. Three Colstrip owners, Puget Sound Energy, Avista Corp. and PacifiCorp, must all comply with the law. The state is to be carbon pollution-neutral by 2030 and carbon pollution-free by 2045.

Four Colstrip owners with a collective 70% share in the unit are already making exit plans, possibly as soon as 2025. Colstrip Units 1 and 2, the oldest units of the four-unit power plant, will close in early January. NorthWestern Energy has a 30% share in Unit 4 and has tried to acquire a bigger share. The South Dakota-based utility with 370,000 Montana customers is adamant Unit 4 will operate through 2042.

Further challenging the repair puzzle for Unit 4 is an agreement reached by Spokane-based Avista Corp last week that would prevent the utility from making any capital expense at Colstrip that would keep the power plant operating beyond 2025.

NorthWestern in the meantime has headed in an opposite direction. Earlier this year, the utility lobbied the Montana Legislature to add an increased share of Colstrip power plant debt to customer rates should the utility increase its stake in the unit. At the time, NorthWestern indicated it had a chance to buy more of Colstrip Unit 4 for just one dollar.

The Gazette posed several questions to NorthWestern on Wednesday about the condition of Unit 4, whether the utility was still interested in buying more of the unit, and whether it planned to pass its share of fixing the superheated portion of the boiler onto customers.

NorthWestern has also indicated in Montana regulatory filings that it will issue a request for proposal for new generation next month. It would not say Wednesday if it would consider buying a larger share of Colstrip as part of its proposal.

Although NorthWestern didn’t answer The Gazette’s questions, it did issue the following statement:

“Talen Energy, the operator, is the appropriate source for information about the plant and its maintenance,” said NorthWestern’s Jo Dee Black in an email. “And as you know, the RFP will be an all source solicitation administered by a third party with input from the Montana Consumer Counsel.”

The Consumer Counsel is a state-appointed legal team charged with representing the interests of NorthWestern’s customers before the Montana Public Service Commission. The counsel has in the past objected to the terms dealt to customers concerning Unit 4, most notably when customer debt associated with the unit was set at $407 million in 2008. The counsel had argued the unit was only worth $187 million, but failed to persuade the PSC.

As recently as Monday, the Montana PSC chose not to bill customers for $42 million of Unit 4 capital expenses that NorthWestern sought to pass on. Those expenses have been building up since 2008, according to the PSC.

Washington utility commission staff are recommending Colstrip owners doing business in that state not be allowed to pass on the estimated $20 million bill for repairing Unit 4.