MOSCOW — NASA astronaut Christina Koch, who spent nearly 11 months in orbit to set a record for the longest spaceflight by a woman, landed safely Thursday in Kazakhstan along with two International Space Station crewmates.

Koch wrapped up a 328-day mission after her first flight into space, providing researchers the opportunity to observe the effects of long-duration spaceflight on a woman. The study is important since NASA plans to return to the moon under the Artemis program and prepare for the human exploration of Mars.

Koch smiled and gave a thumbs-up as a support team helped her out of the capsule and placed her in a chair for a quick post-flight check-up alongside her crew mates. Russian space officials said they were in good shape.

Koch, who grew up in Jacksonville, North Carolina, and now lives near the Gulf of Mexico in Galveston, Texas, with her husband, Bob, told The Associated Press last month that taking part in the first all-female spacewalk was the highlight of her mission. Koch lived in Livingston in 2013 when she gained entrance into the astronaut program.

Koch said she and fellow NASA astronaut Jessica Meir appreciated that the Oct. 18 spacewalk "could serve as an inspiration for future space explorers."

After preliminary medical evaluations, the crew will be flown by Russian helicopters to the city of Karaganda in Kazakhstan. Koch and Parmitano will then board a NASA plane bound for Cologne, Germany, where Parmitano will be greeted by European space officials before Koch proceeds home to Houston.

Skvortsov will be flown to the Star City Cosmonaut Training Center outside Moscow. 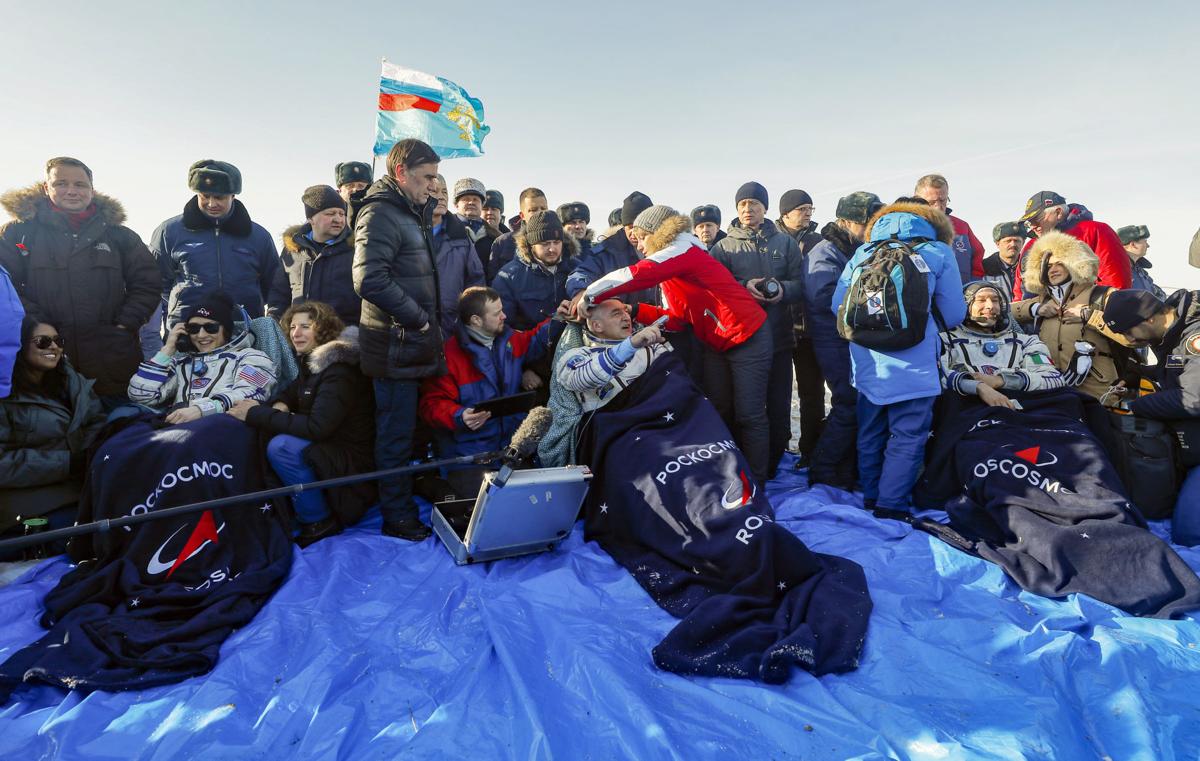 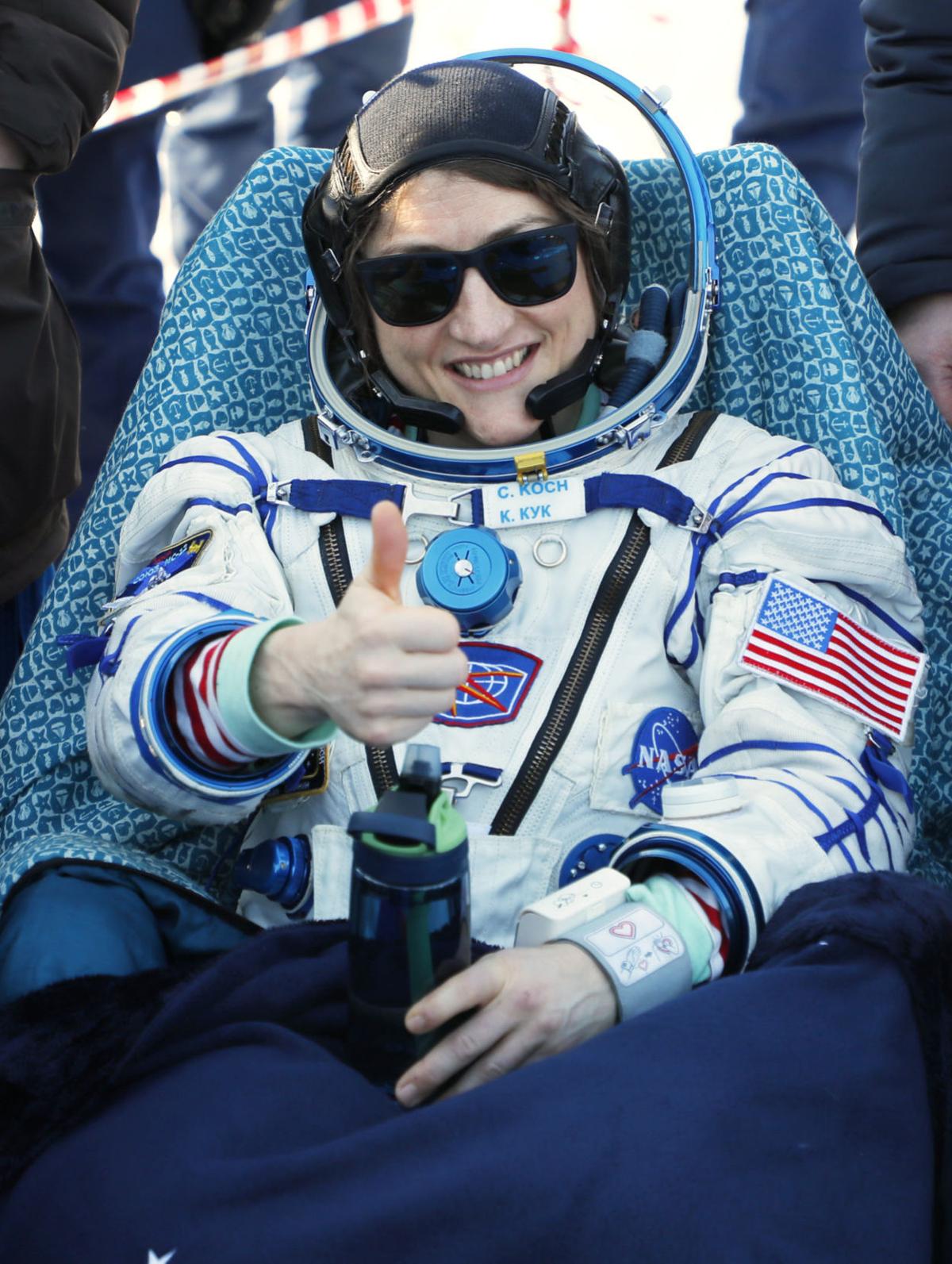 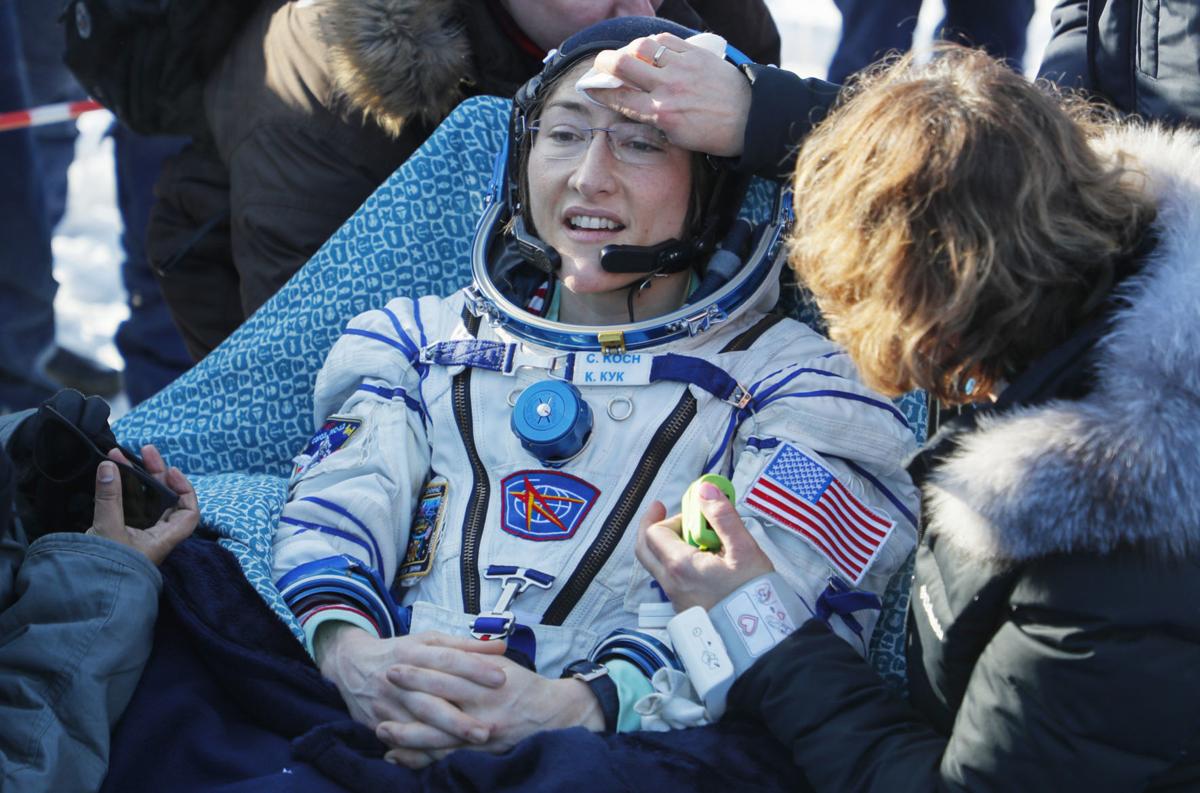