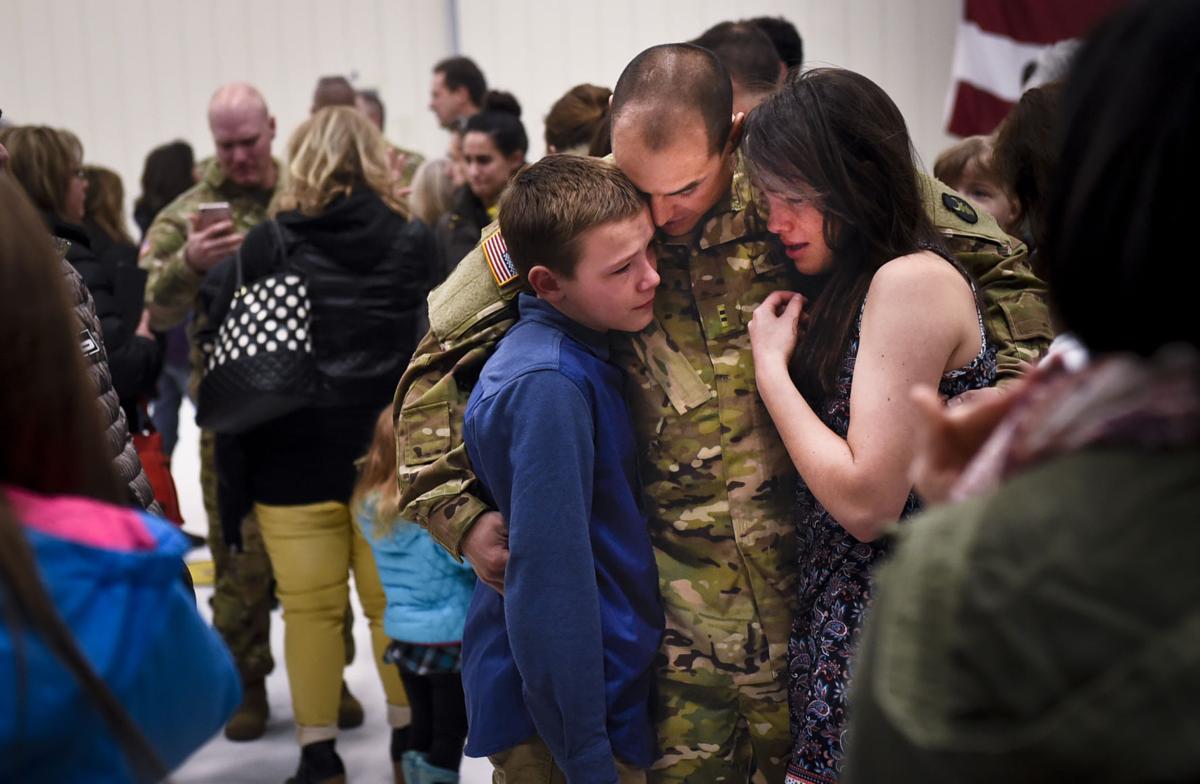 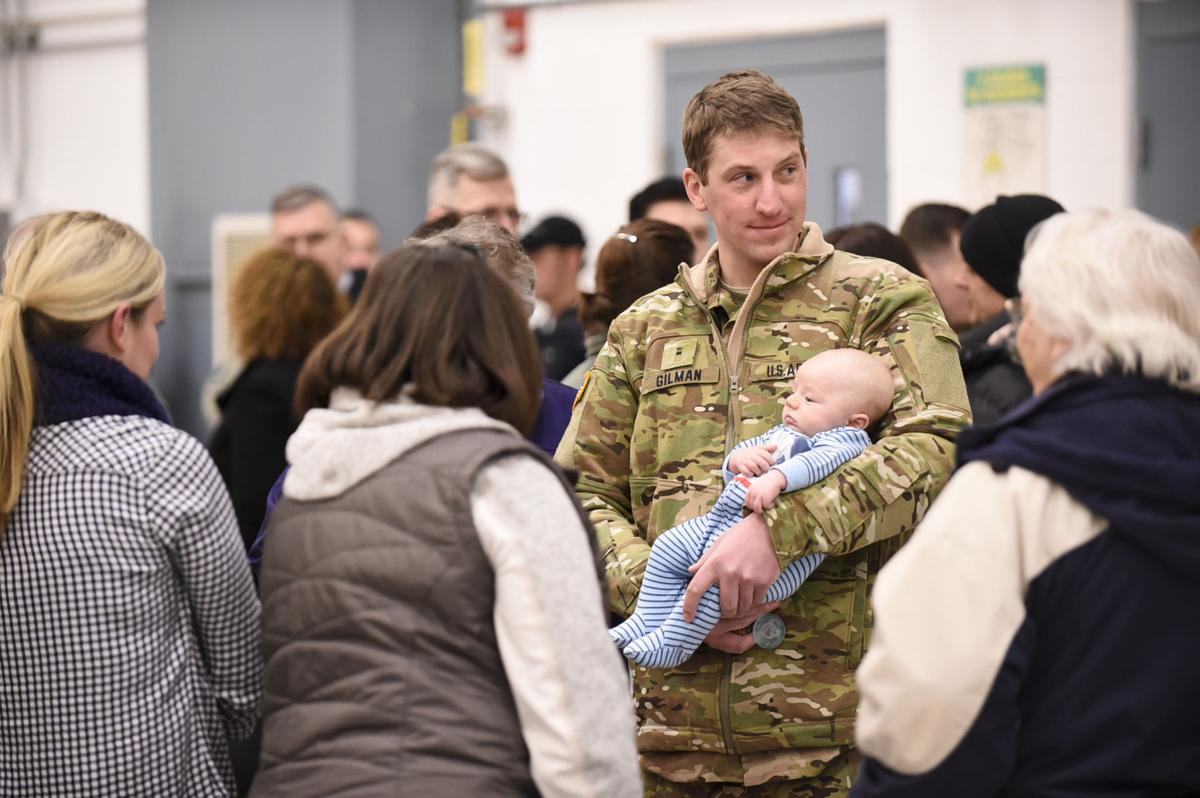 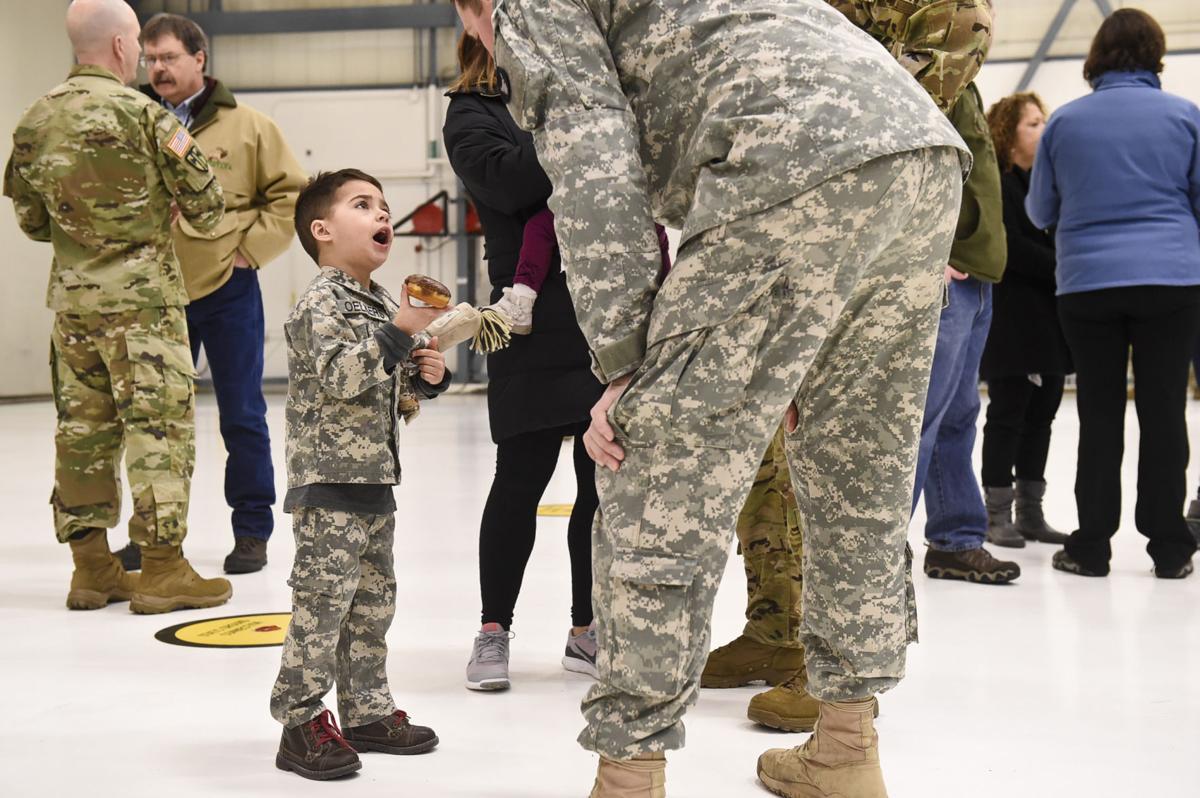 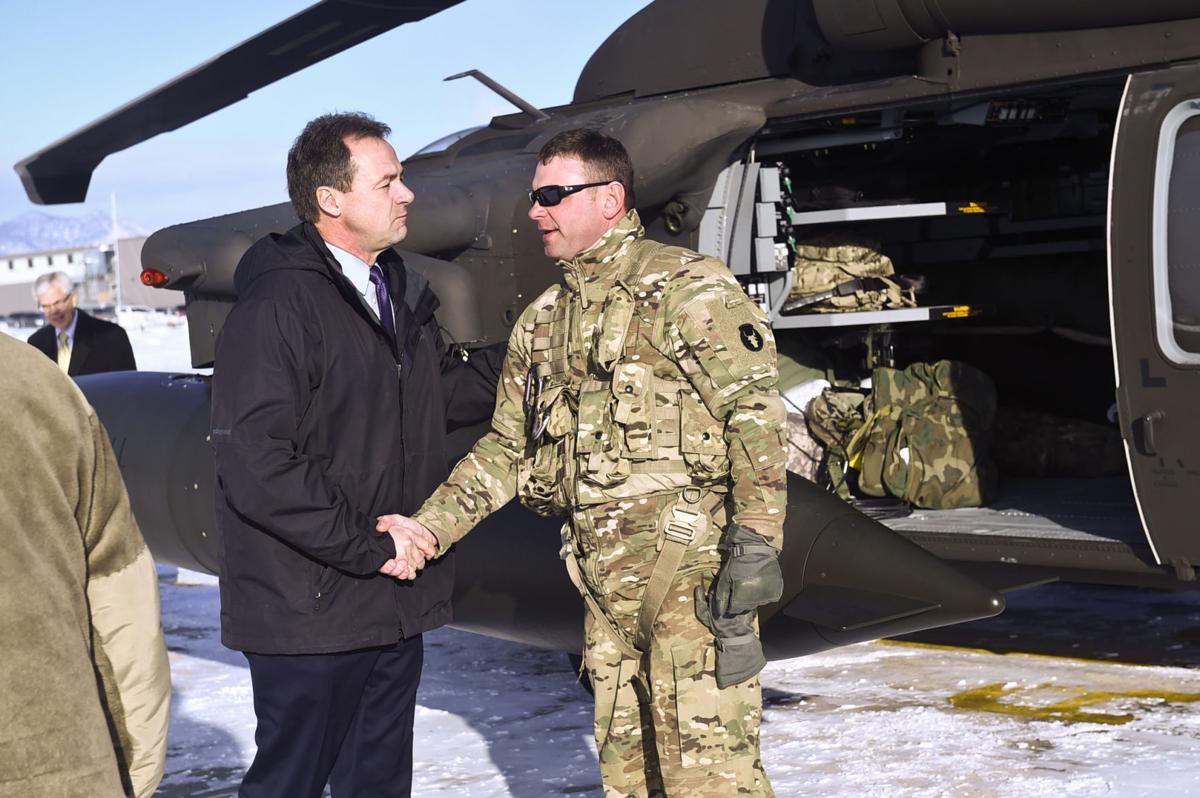 Gov. Steve Bullock thanks a soldier for his service Thursday morning.

HELENA – The families of 21 soldiers from across Montana wished their loved ones well Thursday morning as the platoon set off to deploy to Asia.

Gov. Steve Bullock also was on hand at the Montana Army Aviation Support Facility in Helena to thank the soldiers for their service.

The group from the 1-189th General Support Aviation Battalion took part in a departure ceremony. The 21 soldiers will train at Ford Hood in Texas before heading to Southwest Asia to provide medical evacuation helicopter support.

"Montana's soldiers and airmen continue to deploy in harm's way as they serve our nation," said Maj. Gen. Matthew Quinn, the adjutant general for Montana. "I ask all Montanans to keep these soldiers in their thoughts and wish them and their families safety and success during this deployment."

The battalion will be conducting medical evacuation missions for the next several months, according to Col. James Wilkins, state aviation officer for the Montana National Guard.

Follow this story at helenair.com to see more photos of the ceremony.

Gov. Steve Bullock thanks a soldier for his service Thursday morning.