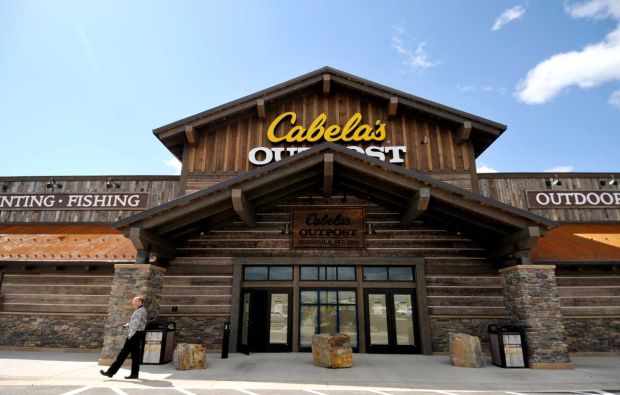 The new Cabela's offers shoppers 42,000 square feet filled with gear for the outdoor enthusiast. The former site of Village 6 Cinema next door will be torn down soon for more retail development at the corner of Brooks and Reserve. 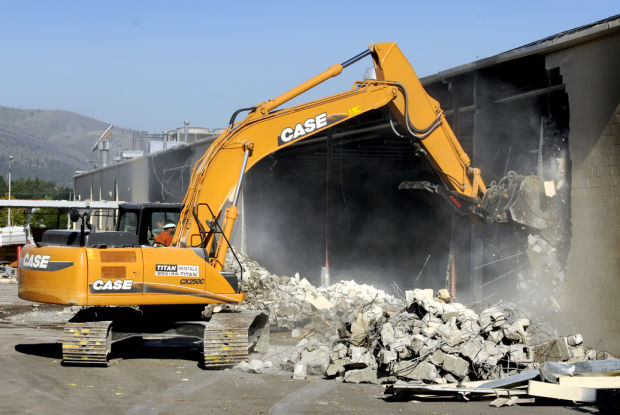 Demolition crews tear into the south wall of the old Kmart building earlier this week to make room for a new Cabela’s Outpost, it was announced Thursday.

The old Village 6 Cinema on South Reserve Street is slated for demolition this summer and the property’s new owner has plans for redevelopment.

The Woodbury Corp. has purchased the property, located at 3804 S. Reserve St., and will likely demolish the defunct theater within the next 30 days.

“We’re going to tear down the existing theater building and build more retail there,” said Kraig Erickson, manager of leasing and development for Woodbury. “We’ll continue with the same type of retail as we’re doing at South Crossing.”

A memo released Thursday by the Missoula Redevelopment Agency placed demolition costs at roughly $336,000. Once the property is cleared, Woodbury plans four new buildings on the site, each fronting Reserve Street.

Woodbury purchased the old K-Mart building in the same area and demolished it last year. A new Cabela’s store opened recently on the site, along with the Boot Barn. A Men’s Warehouse store is under construction.

Several additional properties remain undeveloped on the initial South Cross property. Erickson said plans are in the works for new tenants, including City Brew, which is expected to build on one of the available pads fronting Brooks Street.

“City Brew has a sign up, and two other tenants are taking the third pad,” Erickson said, adding that he was not at liberty to say who those tenants would be. “They’ll most likely be food uses.”

The largest parcel of undeveloped property was initially reserved for Kohl’s, a national department store. Erickson declined to confirm if Kohl’s still planned to move into the new southside development.

“We’re still working with a group there,” he said. “I’m not at liberty to say who.”

Asked if Woodbury was looking at other Missoula properties, Erickson said the developer had its eye on several.

He said the company has confidence in the Missoula market.

“South Crossing is turning out very well,” he said. “Not everything is completely signed, but I think we’re pretty much done with what we have and what we own. We’re open to looking at other properties in Missoula.”

Kohl's to open in Missoula's South Crossing next spring

The national department store Kohl’s has submitted a building application to the city of Missoula, emerging as the final anchor tenant in the …

Another national retailer will be opening its doors at the new South Crossing shopping center on Brooks Street.

The Village 6 Cinema has closed.

Cabela's, packing everything an outdoor family could want, prepares for June 12 opening

The new Cabela's offers shoppers 42,000 square feet filled with gear for the outdoor enthusiast. The former site of Village 6 Cinema next door will be torn down soon for more retail development at the corner of Brooks and Reserve.

Demolition crews tear into the south wall of the old Kmart building earlier this week to make room for a new Cabela’s Outpost, it was announced Thursday.