Ravalli sheriff: 'We're going to get this person' who started fatal fire
Share this
Return to homepage × 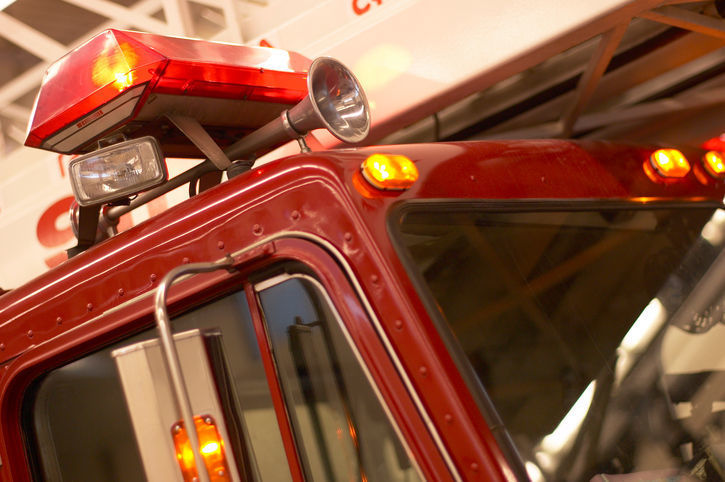 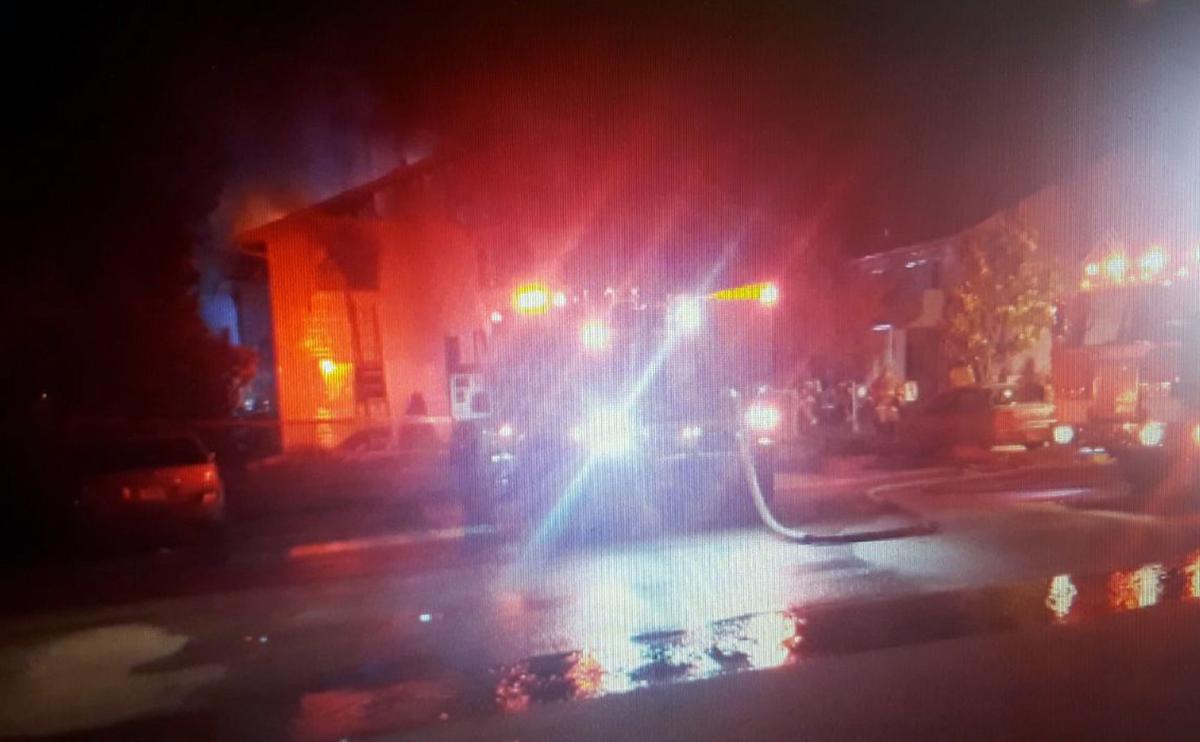 The Corvallis Fire Department was assisted by volunteer fire departments from Hamilton to Stevensville on an early-morning fire on Corvallis' Main Street that killed three people. 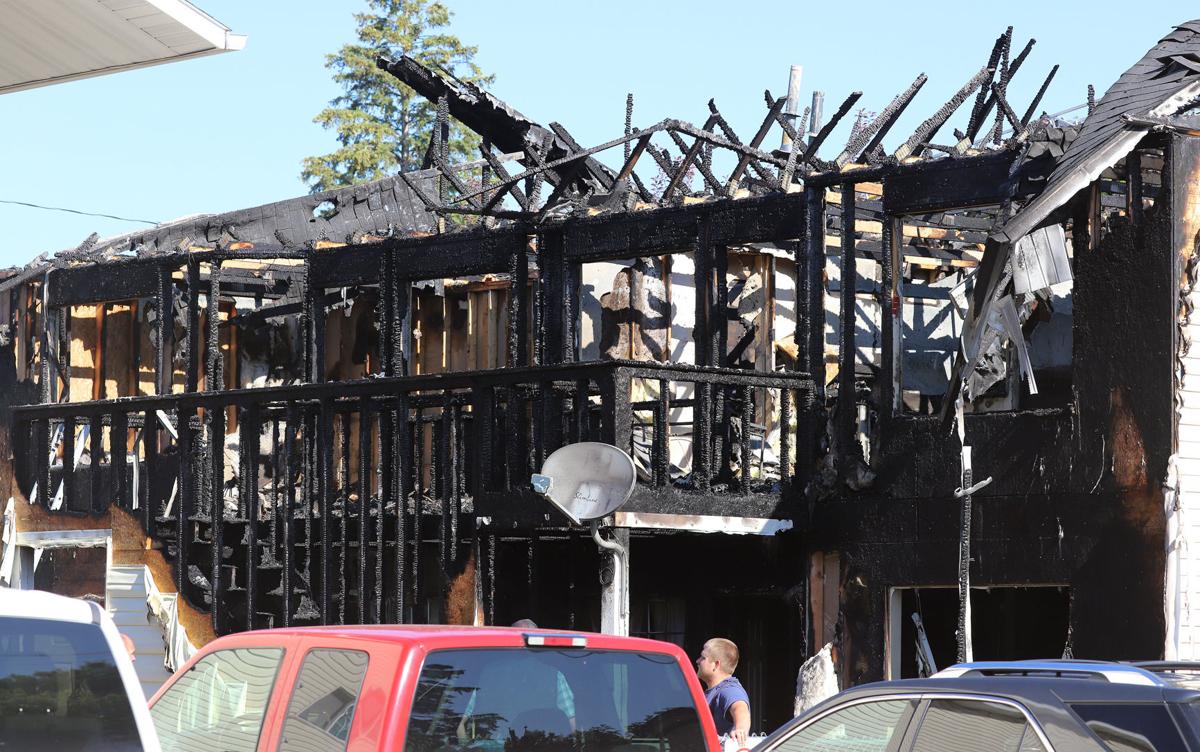 An early-morning fire in Corvallis Monday claimed the lives of three people. 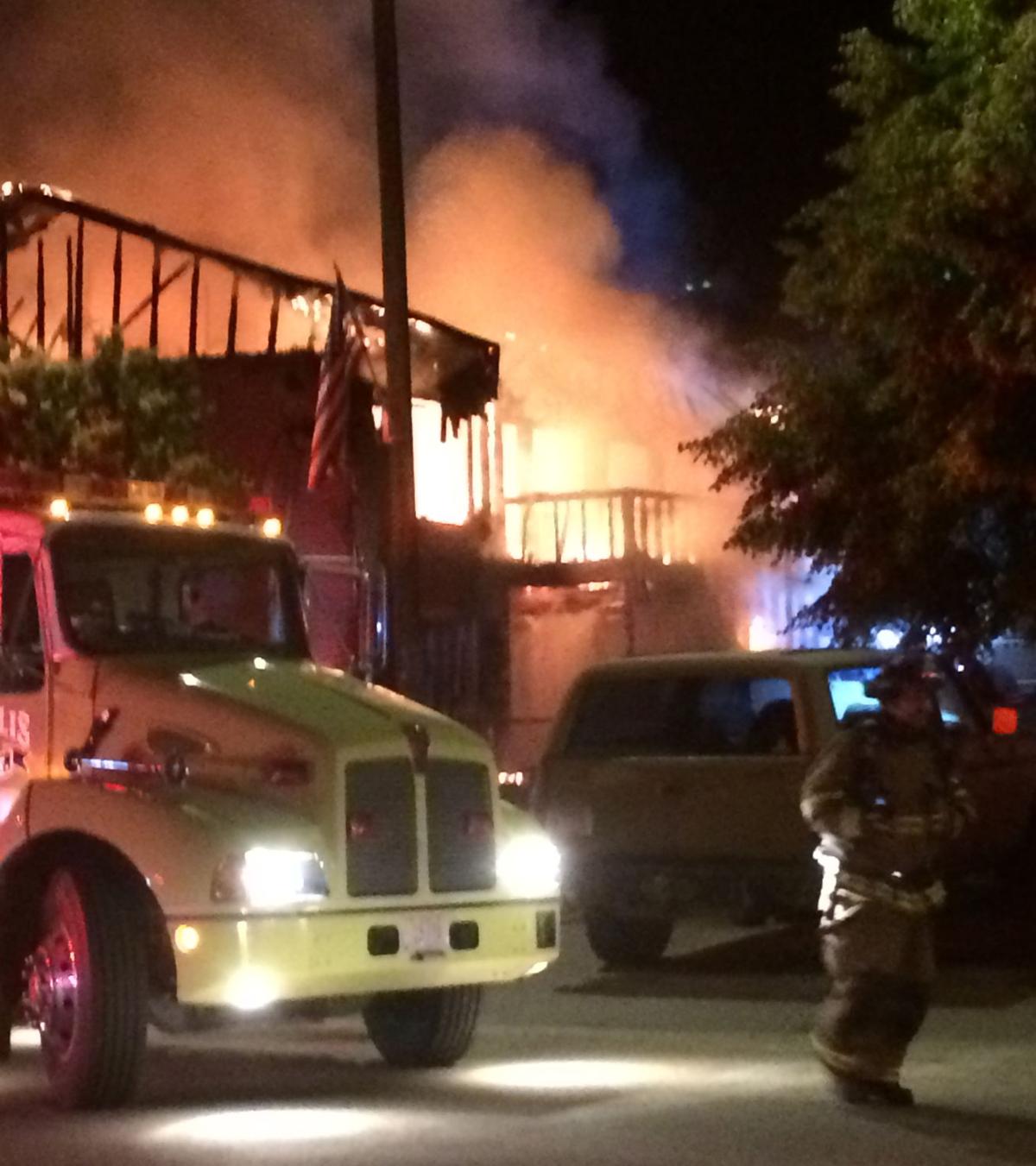 Firefighters from five communities responded to an early morning fire in Corvallis that claimed the lives of three people.

An early-morning fire that claimed three lives in Corvallis on Monday is now being investigated as a homicide.

Fire investigators located the origins of the fire, and arson is suspected.

"We're going to get this person," Ravalli County Sheriff Steve Holton said Tuesday morning. "It's just a matter of time."

Holton said samples from the scene collected by five fire investigators were sent to a laboratory. He expected results back in 48 hours.

The Ravalli County Sheriff's Office is seeking the public's help in the investigation. Anyone with surveillance or security cameras in the Corvallis and Hamilton areas is asked to preserve those recordings and allow investigators to review their content.

Corvallis Fire Chief Don Hall said the building was completely engulfed in flames when the first firefighters arrived after being called at about 2:15 a.m. Monday.

The three people who died in the fire were trapped on the second floor. The only person to survive in the upstairs apartments was a woman who jumped from a window on the building’s east side. She was transported to the hospital with significant burns and injuries from the fall.

All the people in the downstairs apartments and adjacent buildings were able to escape. Holton said the rapid and professional response of the Corvallis Volunteer Fire Department and mutual aid resources saved neighboring buildings and residences.

Hall said the heat from the fire melted the siding on one of the adjacent apartment buildings. Some siding started to burn but was quickly extinguished.

Volunteer firefighters from Hamilton to Stevensville responded to the fire. Hall said the firefighters were able to knock the flames down quickly and keep them from spreading to other buildings.

All the victims were adults. Their identities have not been released pending notification of their families.

Holton said all of his office’s resources are focused on the investigation. The sheriff’s office called in a private fire investigator. The State Fire Marshal is also sending investigators to the scene.

"Tragically, three people lost their lives due to this fire,” he said. “The Ravalli County Sheriff's Office is thinking about and praying for the victim's families."

Anyone who might have witnessed anything in the area within the last week is asked to contact Detective Lieutenant Jake Auch at 406-363-3033.

On Monday morning, Jordan Lambert was leaning on the back of his truck looking at the burned-out shell of the apartment building where people he knew had died.

His wife woke him at about 2:30 a.m. Monday after she noticed a glow coming from across the alley.

“She shook me awake to tell them the place was burning down,” Lambert said. “It was pretty much fully engulfed when I saw it.”’

Lambert said he knew the people who lived in the upstairs units.

“They have been here a long time,” he said. “They were always real quiet and kept to themselves. They were really nice people. … It’s a tragedy. You don’t realize how much this stuff hurts until it happens close to home.”

Gold-Butterfly: Bitterroot Forest prepares for work to begin on largest project in memory

There’s a race of sorts happening in the upper reaches of the Sapphire Mountains east of Corvallis.
State & Regional

The recall election for Stevensville Mayor Brandon Dewey is on hold as a lawsuit works its way through court.

The Corvallis Fire Department was assisted by volunteer fire departments from Hamilton to Stevensville on an early-morning fire on Corvallis' Main Street that killed three people.

An early-morning fire in Corvallis Monday claimed the lives of three people.

Firefighters from five communities responded to an early morning fire in Corvallis that claimed the lives of three people.