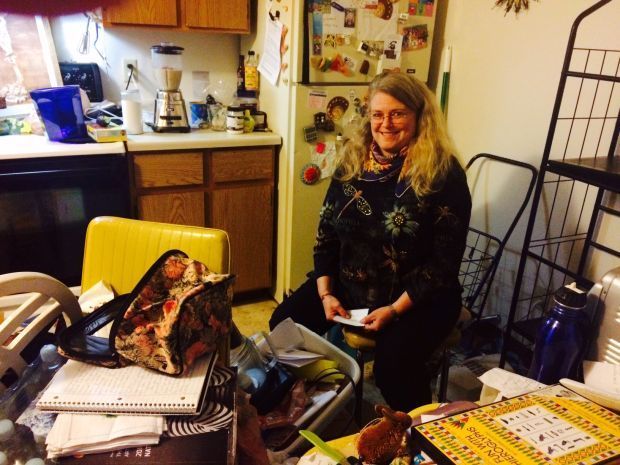 Laura Hawkins is one of the dozens of residents in Riverside Apartments relying on space heaters to stay warm. The boiler went out Nov. 28 and was being replaced Monday by a new property management company. 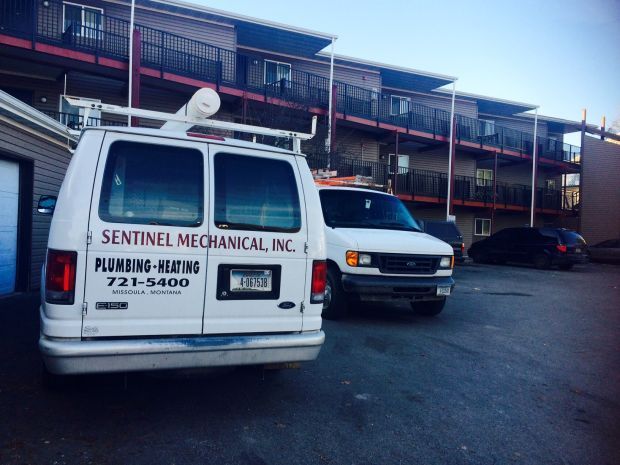 The boiler heating buildings at Riverside Apartments went out Nov. 28 while the property was under different ownership.

When Laura Hawkins awoke on a Friday night in late November, her apartment was unusually cold. She realized the heat was out, and she wasn’t alone.

Over the past 16 days, several dozen occupants in three separate buildings at Riverside Apartments have relied on electric space heaters to stay warm in what’s typically one of the coldest stretches of the year.

The boiler went out Nov. 28 and is just now being replaced. Heat is included in the tenants' rent, but not electricity.

“It’s been off three times before, but it was just hard this time with no one here to talk to,” said Staci Thomas, who lives with her husband on the first floor of Building 2. “Once the new people found out we didn’t have heat, they distributed space heaters.”

Tenants identified the prior owner as Derek Stebner and said he lived in the Seattle area. The number for Stebner Real Estate in Bellingham has been disconnected.

Stebner sold the property, and the apartments are now being managed by Summit Property Management of Missoula. The company posted letters to tenants on Dec. 2 noting the change in ownership and management. On Dec. 4, it posted a second letter addressing the lack of heat.

“We sincerely regret that the current issue with the boiler and heat system is happening,” the letter from Summit states. “At this time, we are told that the new boiler has been ordered.”

Summit didn’t return calls Monday for comment, but in its letter to tenants, it said the heating issue started before the change in ownership and management took place. The company said the new boiler had to be assembled in another state.

Summit gave an estimated repair date of Dec. 12. But repairs were postponed until Monday, or Dec. 15. Crews from Sentinel Mechanical Inc., a local plumbing and heating company, were on the property Monday morning.

“We hope the space heaters we distributed are helping,” Summit stated in its letter. “We did not create the issue, but we are here to fix it as fast as we can.”

Rob Emery, the property’s new maintenance man, said the apartments had a number of issues when Summit took over management, though the boiler topped the list. He said no damage to the property resulted from the lack of heat.

Tenants said Summit has responded to their concerns and has been open about the repairs. They called it a welcome change from how it used to be.

“They (Summit) seem way better than the last people,” Thomas said. “The old ones really weren’t on top of things, and they didn’t want to hear what you had to say.”

For Laura Hawkins, however, the issue has become too much to bear. When the heat went out in November, she contacted the city’s building inspector and the Missoula Housing Authority.

She said both responded to her call, but were unable to resolve the problem since the property is privately held. Hawkins, who lives on a limited income, is now moving to another apartment complex that accepts housing vouchers.

"Now our electric bills will be sky high using space heaters," she said.

Heat back on at Missoula's Riverside Apartments, management says

The Missoula City Council approved nearly $700,000 in housing and public improvement projects on Monday night, along with nearly $80,000 in se…

Laura Hawkins is one of the dozens of residents in Riverside Apartments relying on space heaters to stay warm. The boiler went out Nov. 28 and was being replaced Monday by a new property management company.

The boiler heating buildings at Riverside Apartments went out Nov. 28 while the property was under different ownership.