Tyer coordinates grizzly bear habitat issues for Yellowstone National Park. One of his biggest duties involves food storage rules in grizzly country. Everyone agrees with the mantra “a fed bear is a dead bear.”

But in Montana, Idaho and Wyoming, about 2,000 grizzly bears roam across 21 jurisdictions from national parks to county picnic shelters. So Tyer built a spreadsheet organizing all the rules and policies involved, which range from whether it’s safe to keep toothpaste in a tent to how to dispose of dead pack mules on the trail. On Tuesday, he presented the printed version.

When the grizzly bear was listed as a threatened species under the federal Endangered Species Act in 1975, a herd of stakeholders got together to guide its recovery. That became the Interagency Grizzly Bear Committee, which spent the next four decades supervising scientific research on the bears, educating the public on how to live with grizzlies and coordinating the alphabet soup of state wildlife agencies, tribal governments, federal services and Canadian provincial participants to bring the grizzly back from the brink of extinction.

Tyer started working with grizzlies in 1975, and the problem of food storage wove through his entire career.

“We have too many interpretations on how we should interpret the orders,” Tyer told the IGBC at its summer meeting on Tuesday. “You can move across the Yellowstone Ecosystem on a pack trip, step across a line and have an order that’s fundamentally different from the neighboring order.”

All food must be hung out of reach of grizzlies in the Greater Yellowstone Ecosystem (GYE) overnight. But it can be left on the ground if attended in the Northern Continental Divide Ecosystem (NCDE). Tyer said that resulted in horse wranglers sleeping on sacks of grain during pack trips in the Bob Marshall.

But Tuesday’s grizzly committee meeting had a far bigger matter than food orders on the agenda.

Right after Tyer rolled up his spreadsheet banner, U.S. Fish and Wildlife Service Assistant Regional Director Matt Hogan, the current IGBC chairman, opened discussion of the final draft of the conservation strategy for the Northern Continental Divide grizzlies. That 326-page document forms the guidebook for handing grizzly bears over to state management after the Fish and Wildlife Service publishes a rule removing those grizzlies from Endangered Species Act protection by the end of 2018.

But the first thing Hogan said was that the committee would not vote whether to endorse the conservation strategy on Tuesday. Later in the meeting, FWS Helena Office Supervisor Jodi Bush said the strategy “was not a statutory document, not a regulatory document” and had already been through public review after it was originally released in 2013.

Furthermore, Bush said the conservation strategy wasn’t a Fish and Wildlife Service document, although parts of it would be in the proposed delisting rule.

That raised eyebrows, and voices, all over the audience.

“It seems like the same mistakes are being made here as happened in the Yellowstone, where the public was not allowed to comment on the revised strategy,” said Sierra Club representative Bonnie Rice. “The conservation strategy is five years old now. There’ve been significant changes to it.

"In the Yellowstone case, the Fish and Wildlife Service said it was a mistake to undergo a process where the public was asked to comment on a strategy, a proposed rule and regulations at the same time. You promised that process would not be repeated, and yet here we are.”

FWS delisted the roughly 700 grizzly bears in the Greater Yellowstone Ecosystem last year, and immediately got hauled into court by grizzly protection advocates claiming it rushed the decision. The Interagency Grizzly Bear Committee spent the past 12 months updating the 2013 plan for the estimated 1,050 bears in the Northern Continental Divide Ecosystem.

The conservation strategy did have public supporters in Polson. Jeff Darrah of Montana Sportsmen for Fish and Wildlife said his organization looked forward to an opportunity to hunt grizzlies.

“Montana has been harvesting recovered wolves for many years,” Darrah said. “Recovered grizzly bears shouldn’t be any different. We feel as sportsmen it’s time to manage this resource so it can be harvested.”

Wyoming and Idaho have already announced hunting seasons for grizzlies outside Yellowstone National Park. A federal lawsuit challenging the GYE delisting has a hearing on Aug. 31, the day before those seasons open. Montana’s Fish and Wildlife Commission postponed considering a 2018 hunting season decision to see how that lawsuit resolves.

Earthjustice associate attorney Josh Purtle sits on the legal team opposing the Greater Yellowstone Ecosystem grizzly delisting. He said a big part of the case against the Fish and Wildlife Service in that case focuses on the conservation strategy for those bears.

For example, Purtle claims the GYE delisting rule says its strategy limits the number of grizzlies state agencies can kill every year, thereby controlling the loss of bears to human conflict. In fact, he says it only limits the number of bears that can be hunted in Montana, Idaho and Wyoming. It imposes no limits on how many grizzlies can die in management actions involving livestock protection, garbage-raiding, or hunter encounters.

“The final rule also says (GYE) bears are protected because we maintain 1998 secure-habitat levels,” Purtle said. “But in a late revision, they changed that from 1998 levels to saying we’ll revisit the 1998 levels and revise them, whatever that may mean, to allow for increased infrastructure in the national park and national forests.”

In both examples, Purtle said the FWS made changes to the conservation strategy the public couldn’t anticipate and didn’t get a chance to comment on. He argued that violates federal procedure.

“We agree there shouldn’t be an infinite loop of comment and revision,” Purtle said. “But when you’re pulling the rug out on the public, that makes previous public comment not meaningful.”

And the actual bureaucratic action doesn’t occur with the IGBC, Chairman Hogan said. The Northern Continental Divide Ecosystem Subcommittee put the conservation strategy together and endorsed it. But it has no teeth until the stakeholder agencies and tribal governments actually ratify their own grizzly bear regulations and sign commitments to the strategy’s goals. (See related story.)

“At the end of the day, when we propose delisting, what we look at is not what’s in the conservation strategy,” Hogan said. “It’s a great summary of what folks agreed to. But what we rely on is the regulatory mechanisms in place to ensure the recovery of the grizzly. We look at what’s committed through state and federal processes, not just what’s in the conservation strategy.”

However, a founding principle of the Interagency Grizzly Bear Committee is its role as a one-stop-shop for both agencies and the general public to participate in grizzly recovery. The complexity of the food storage order spreadsheet illustrates that need. And the release of a greatly revised conservation strategy 72 hours before its first and only public review, with no opportunity to appeal or amend, left many scratching their heads.

“This supposedly is the final document, obviously to the discomfort of the conservation groups that brought it up,” said Confederated Salish and Kootenai Tribal Wildlife Program Manager Dale Becker. “I have some of the same concerns. It’s a substantially larger document than it was in 2013. We haven’t had a chance to look at the final draft in any detail. It seems awfully quick.”

Completing a conservation strategy and getting all its stakeholders to sign must precede publication of the grizzly delisting rule. Nevertheless, the man who made that requirement, recently retired FWS grizzly recovery coordinator Chris Servheen, worried the service wasn’t allowing enough time to do things right.

“I’m not surprised at the angst by some environmental groups to that lack of response,” said Servheen, who was at Tuesday’s meeting. “What they talked about (in Polson) was pretty thin. And the way it was presented wasn’t very transparent. There wasn’t a lot of effort made at ‘this is what we did and why.’”

Servheen spent four decades leading recovery efforts for the IGBC, and considers the grizzly population in the Northern Continental Divide Ecosystem healthy and strong. He credits that to the cooperation of those many agencies and the public support they’ve developed for saving the grizzly from extinction.

“When it gets bent and tarnished by rapid time frames that don’t have much basis in reality, and poor transparency in why decisions are made, that’s really unfortunate,” Servheen said. “The grizzly populations are recovered, very healthy, and doing really well. It’s questionable that adequate regulatory mechanisms are in place to keep them that way. Everybody has to do the right thing.

“The grizzly is a special animal that lives in special places and requires special management. All those 40 years of effort have gone into recovering the population. Delisting is a separate issue. There shouldn’t be a rush to delist for somebody’s time requirement.”

Watch Now: Biden wants to raise taxes on the wealthy

Watch Now: Biden wants to raise taxes on the wealthy

Watch Now: How much will space travel cost?

Watch Now: How much will space travel cost?

POLSON — The strategy guiding recovery of the largest grizzly bear population in the Lower 48 states got its debut on Tuesday, but didn’t get …

People of the bear: Grizzly warriors never give up

Montana’s grizzly bears better hope they packed their reading glasses as they settle into their winter naptime: There’s a lot of homework to f…

If Montana grizzly bears face a rocky path to recovery, they should meet their Italian cousins.

The dictionary defines “mortality” as both death and loss.

Thursday’s grizzly bear hearing in Missoula may have much faster impacts than a typical federal court case.

With bear-resistant backpack containers showing up on Costco shelves, the challenge of keeping people food away from ursine raiders has gone m… 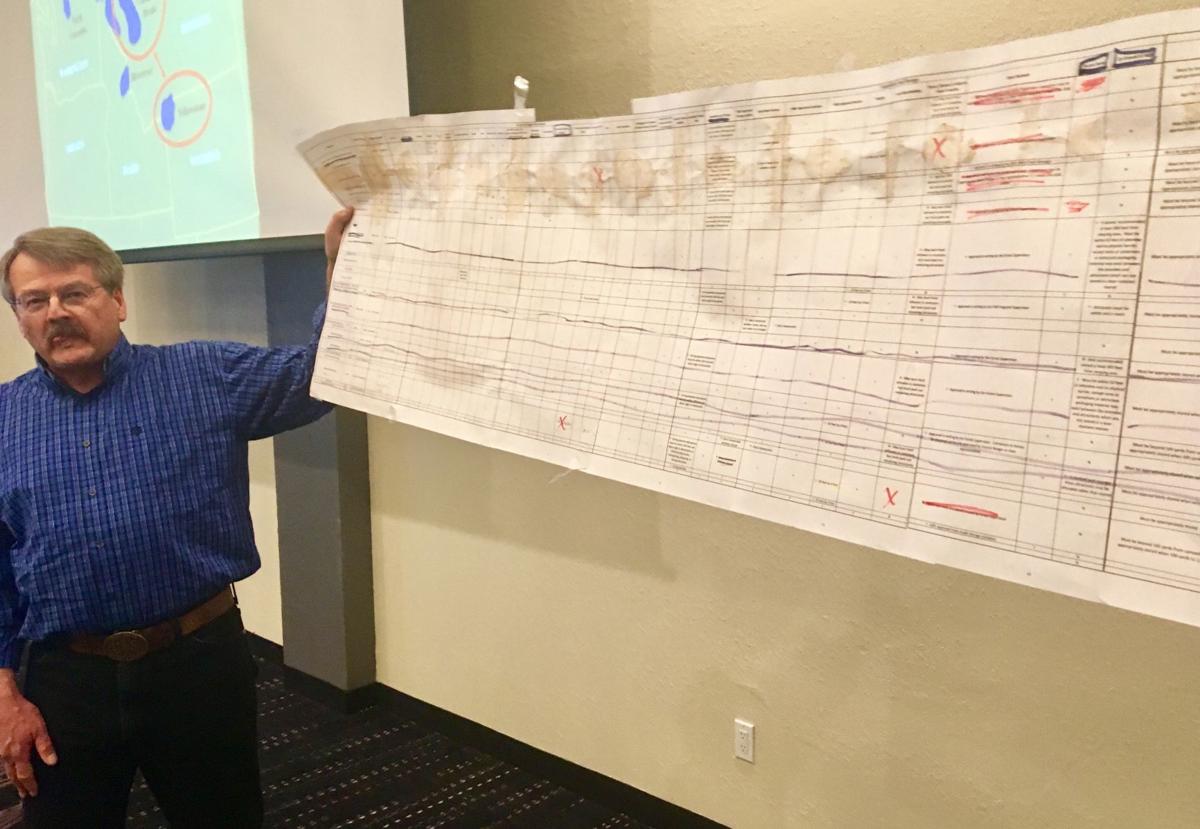 Yellowstone National Park grizzly bear habitat coordinator Dan Tyer displays a spreadsheet listing 861 separate food protection orders for travelers in grizzly country. The complexity of numerous state, federal and tribal agencies cooperating to keep the grizzly from going extinct in the Lower 48 states has made it hard to finalize a rule lifting Endangered Species Act protection from the bear. 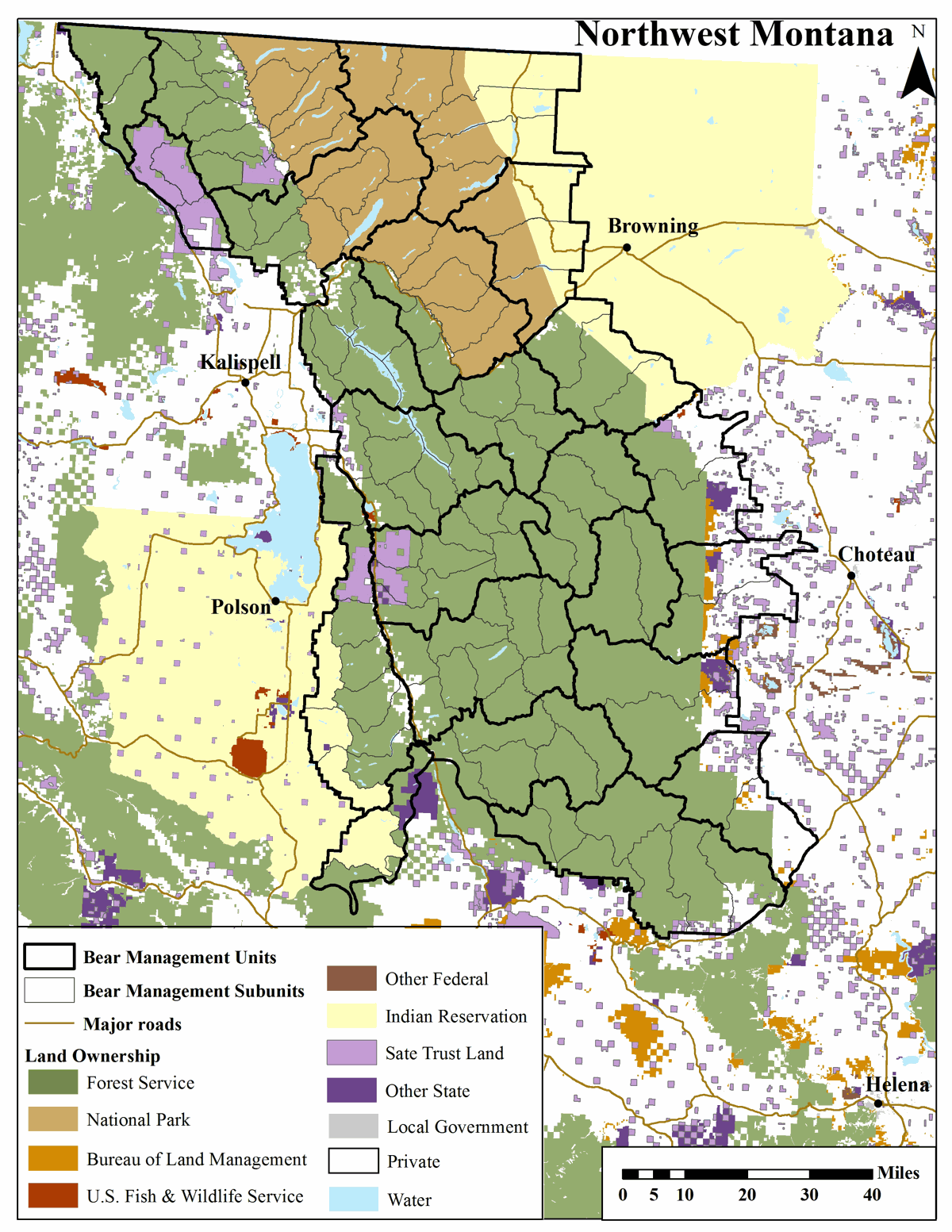