Andrew Anglin celebrated Adolf Hitler's birthday last week on his neo-Nazi blog, The Daily Stormer, the same website he used to call for a "troll storm" against a Jewish woman in Whitefish and her family.

In the post last week, the publisher of the site with a tab called "The Jewish Problem" presented himself as a torch bea rer for free speech. Anglin is based in Ohio but law enforcement officers have said he is out of the country.

Whether the speech on Anglin's site is protected under the First Amendment is one question raised in a lawsuit filed last week in the U.S. District Court of Montana in Missoula.

The Southern Poverty Law Center and Montana co-counsel John Morrison filed suit against Anglin on behalf of Tanya Gersh, the Whitefish woman who was the target of the "troll storm," alleging invasion of privacy, intentional infliction of emotional distress, and violations of the Montana Anti-Intimidation Act.

"Conceptually, the First Amendment protects the expression of opinions and does not protect terroristic personal threats and attacks on private citizens," Morrison said.

"This is not a public debate about an issue. This is people threatening and attacking individuals and putting them in fear of their lives."

The moral issue seems straightforward: The "tsunami" of messages that resulted from Anglin's campaign are vile and offensive, and the verbal and online assaults drove Gersh to seek trauma therapy, the complaint said. It said the attacks made her hair fall out and caused her weight gain.

The legal issues, though, present some sticky wickets, according to a couple of faculty members and legal scholars from the University of Montana.

"I certainly couldn't say going in that the First Amendment questions are cut and dried one way or the other," said Anthony Johnstone, an expert in constitutional law and a faculty member of the Alexander Blewett III School of Law. "But the First Amendment protects hate speech."

One question, he said, is whether this case provides the elements that place it within the established exceptions to protected speech. True threats of harming an individual are not protected, and the direct incitement to violence is unprotected, too, along with other exclusions, he said.

"But all of these exceptions to the freedom of the press are narrow."

The current case could clarify a First Amendment question left unanswered in a 2015 opinion of the U.S. Supreme Court, Johnstone said.

That case involved a man named Anthony Douglas Elonis who posted threats online against his wife after she left him, arguing the communications were "therapeutic," Johnstone said.

"Did you know that it's illegal for me to say I want to kill my wife? ... It's very illegal to say I really, really think someone out there should kill my wife ... " Elonis went on to describe the best place from which to launch a mortar at his wife's home and provided a diagram.

The court took an unusually long time to consider the case, but the justices only answered the question of what the federal criminal statute meant, Johnstone said. The statute required Elonis to intend to make a threat, not just communicate in a way a reasonable person would consider threatening.

But the justices left open the freedom of speech question, he said.

"Justices (Samuel) Alito and (Clarence) Thomas expressed frustration with the Court's failure to reach the freedom of speech issue, and would have held that the freedom of speech does not protect threats made either recklessly, or threats that a reasonable person would take the communication in context as a threat," Johnstone said in an email.

"That question, left unanswered by the court in Elonis, may shape the scope of free speech protections in the Whitefish case."

Lee Banville, a faculty member in the School of Journalism and expert in media law, also pointed to Elonis as one that could influence the outcome in the Gersh case.

The Supreme Court reversed the conviction of Elonis because of the concept called "true threats," Banville said. Only if a person intends to threaten, and not if the alleged victim feels threatened, can the person be convicted, he said.

In that case, the threat is "a true threat" and not protected speech, he said.

Gersh and the Southern Poverty Law Center can argue that Anglin intended to threaten and intimidate since he posted her contact information and encouraged his followers to "troll" her.

"But they have to show that the intent there was to carry out those threats," Banville said.

Anglin himself appears to be one step removed from the barrage of hateful and threatening messages left for Gersh and her family, seeing as he encouraged and appeared to instigate voicemails and social media comments left by others.

And many foul messages wished her dead and were riddled with epithets and expletives, but they weren't necessarily direct threats.

"You should have died in the Holocaust with the rest of your people," said one caller, according to the complaint.

"You are surprisingly easy to find on the internet. And in real life," said another message.

"Hickory dickory dock, the kike ran up the clock. The clock struck three and internet Nazi trolls gassed the rest of them," said yet another.

Anglin accused Gersh of trying to force the mother of Richard Spencer – a leader of a movement mixing racism, populism, and white nationalism – to sell her building in Whitefish. According to the complaint, Gersh offered to help sell the building if Sherry Spencer wanted, and then passed on names of other real estate agents when Spencer changed her mind.

The biggest problem for the Southern Poverty Law Center is that the worst comments are not made by Anglin himself, the defendant, but by third parties, Banville said. Legally, under the Common Decency Act of 1996, anyone who publishes online isn't responsible for comments generated by others.

"It's the Troll Creation Act of 1996," Banville said. " ... At least up until this moment, the courts have said that act is a get-out-of-trouble-free card."

In many free speech cases, the offensive party loses at the district court level because the actions seem clearly wrong to the typical person, Banville said. But on appeals, the cases move away from a jury's considerations to the bigger legal questions about free speech.

"That's when the courts start to get much more esoteric and not specific, and that's when you start to see these things overturned," he said.

The case of the Westboro Baptist Church picketers also may relate, Johnstone said. The church is known for conducting anti-gay demonstrations at military funerals. Protesters picketed the funeral of the son of a man who then claimed the intentional infliction of emotional distress, as Gersh does, he said.

But the Supreme Court justices found the picketers were within their rights. They stood in a public space, far enough away from the funeral, and they were speaking on a matter of public concern.

"As offensive as their message was, it was still newsworthy," Johnstone said.

The picketers were removed from the person who claimed emotional distress, he said. They were speaking out in public, he said, not targeting a campaign of harassment day after day.

"I think the allegations (in Gersh's complaint) tell a story of extreme and outrageous conduct," Johnstone said. "That alone does not answer the question of whether that publication is protected under freedom of the press."

The constitutional principles are the same whether a publication is digital or broadsheet, he said. But the digital format affects the facts and circumstances of the case, he said; it's easier to "drum up a troll storm" online, and the severity might place the speech outside the protections of the First Amendment.

Morrison, a partner with Morrison, Sherwood, Wilson & Deola, said the lawyers representing Gersh are handling the case on a pro bono basis unless the court awards attorney fees. Montana has a strong commitment to respecting all people regardless of their race, religion, gender, and other classes, he said.

"Our objective is to stop this behavior and make sure it doesn't happen anymore," Morrison said. "And we want to impose sufficient damages to make that happen.

"We also want to compensate the Gershes for what they have been through." 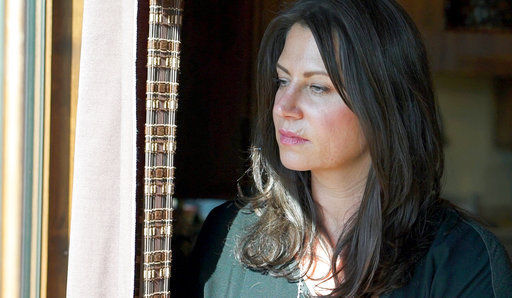 Tanya Gersh, a Montana real estate agent, sued the founder of a neo-Nazi website on Tuesday, saying the publisher orchestrated an anti-Semitic "campaign of terror" that bombarded the woman and her family with hateful messages from anonymous internet trolls. 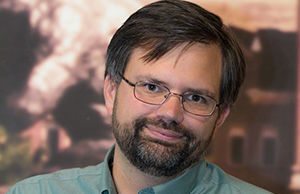 Lee Banville is a political analyst and professor at the University of Montana. 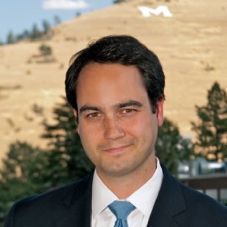