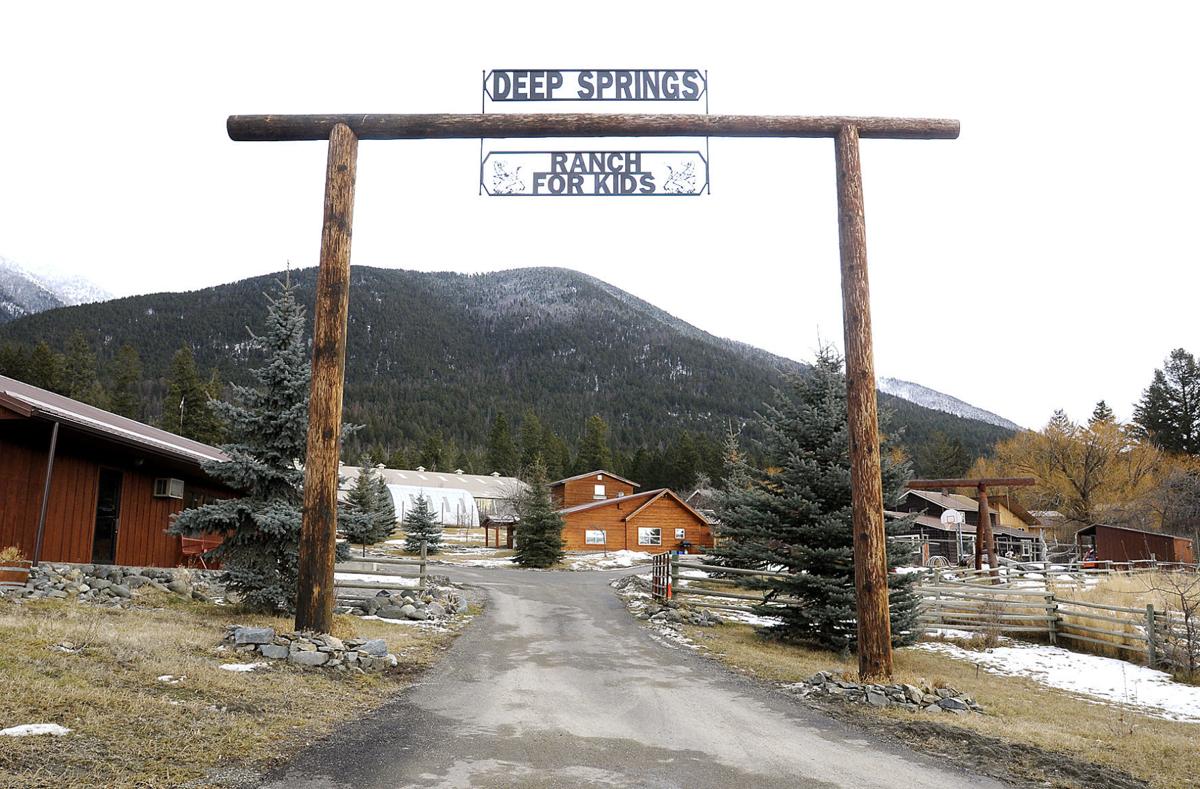 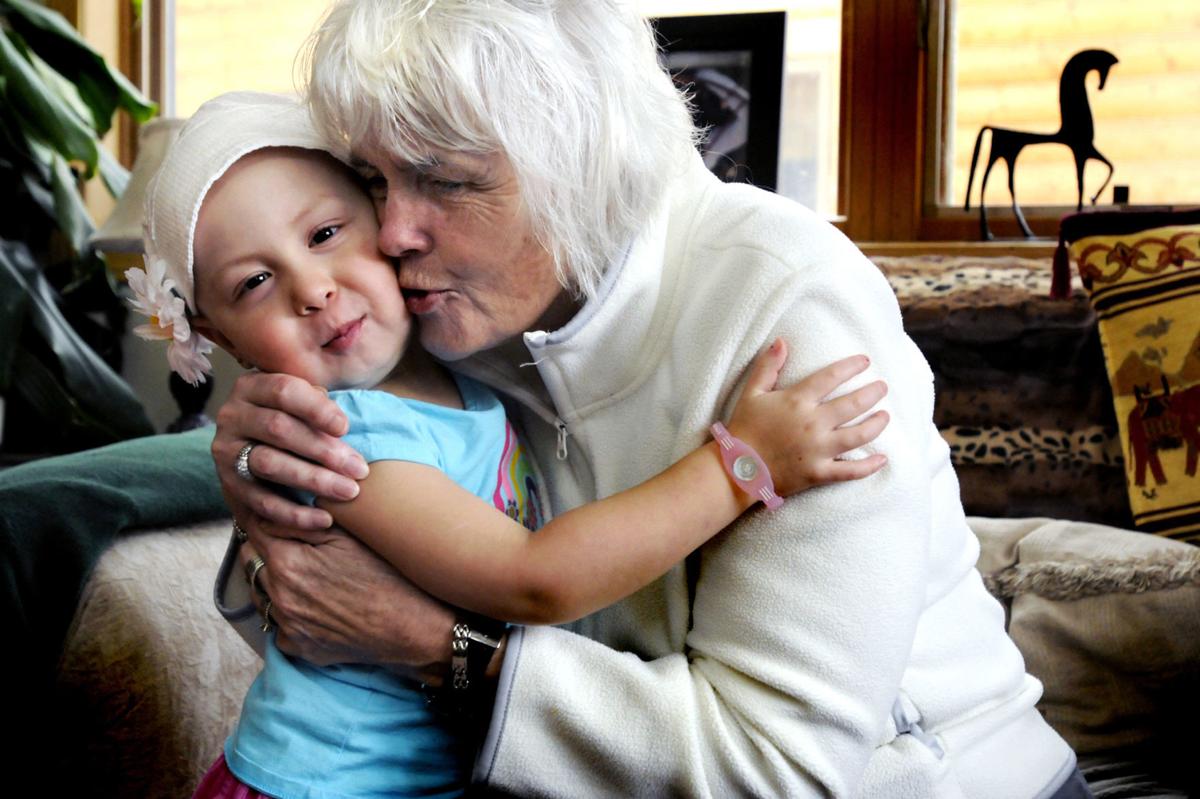 In an unprecedented action, the state of Montana removed 27 children from the Ranch for Kids in Lincoln County on Tuesday morning after receiving multiple complaints of physical and psychological abuse and neglect at the private program for troubled youth.

Acting on an order from Lincoln County District Court Judge Matthew J. Cuffe, and with support of law enforcement, the Montana Department of Public Health and Human Services personnel took the children from the remote ranch outside Rexford, and suspended its license.

Officials said the children, boys and girls roughly ages 11 to 17, are safe, but they could not disclose specific information to protect their privacy. They believed all children were accounted for Tuesday.

DPHHS had received multiple reports of students being “hit, kicked, body-slammed and spit on,” DPHHS Deputy Director Laura Smith said Tuesday, just hours after the children’s removal. Reports included assault by staff members and “excessive discipline,” including 15- to 20-mile walks in harsh weather conditions on remote roads with inappropriate shoes at night. The agency also received reports of weapons on the property.

“The health, safety, and welfare of all children who live in Montana is paramount, and no child should have to experience what multiple sources have alleged has happened at the Ranch for Kids," DPHHS Director Sheila Hogan said in a statement.

Multiple agencies including law enforcement authorities were involved in the removal of the children. Montana Department of Justice spokesman John Barnes said no arrests were made Tuesday but authorities would investigate pending interviews with the children.

"On a personal and professional level, knowing the pervasiveness of this abuse and neglect of these children and the allegations involving abuse and neglect, I am deeply, deeply relieved and grateful for our partnership with law enforcement on getting these kids safe," said Smith, who called Tuesday’s action “one of the most complex child welfare and operational events we’ve had at our agency.”

No one answered a Tuesday afternoon call to the Ranch for Kids seeking comment.

The Ranch for Kids' owners can request a hearing within 10 days to determine whether the license should remain suspended.

Although complaints about the Ranch for Kids had been made to an oversight board under a different state agency for years, those were not sent to the state health department. DPHHS had no regulatory power over Ranch for Kids until July 1, when new state laws passed during the 2019 legislative session went into effect, according to Smith.

With the new law pending, DPHHS began receiving complaints from several sources including former students and staff, law enforcement and U.S. Forest Service personnel about the program, which specializes in children adopted overseas, many from Russia. The program's website said it focused on children with Fetal Alcohol Spectrum Disorder (FASD) and Reactive Attachment Disorder.

Reported punishments included withholding food and prolonged isolation, Smith said. One report involved a nail gun being shot at a child. Runaways were not reported, she said. Reports also stated that medications were not properly administered or regulated, and that children did not receive medical attention when it was "critically needed."

As of Tuesday, she said, “all 27 children are safe. … They are in a trauma-informed safe place.” Dr. Eric Arzubi, a Billings Clinic board-certified psychiatrist specializing in child and adolescent issues, is working with DPHHS on the cases, she said.

The agency was trying to reach the children's parents and guardians, and set up a toll-free hotline — 1-888-200-8002 — for those people and others with information about the Ranch for Kids.

On Tuesday, the agency credited a 2019 Missoulian series — Troubled Kids, Troubled System — on private alternative treatment programs for adolescents, and the fact that the only oversight for those programs, most of them based in northwestern Montana, came from a board whose majority membership comprised programs’ owners and operators.

The series led to new laws being passed that dissolved the previous board and put regulation under DPHHS, instead of the state Department of Labor and Industry. That agency received 58 complaints about the programs during 12 years — including 10 complaints involving Ranch for Kids and program staff — but no program was significantly sanctioned.

On May 17, the Department of Labor and Industry board that previously oversaw programs proposed taking action against Ranch for Kids, based on a complaint filed in September 2017 by the parents of a former program attendee. The complaint alleged that the program physically, verbally and emotionally abused the student and other children in its care.

At the time, Bill Sutley, the executive director of Ranch for Kids, denied any unprofessional conduct in a response to the complaint, according to a notice to Ranch for Kids from the Department of Labor and Industry board. According to that notice, Sutley claimed the program did not employ punishment or behavior modification techniques that "lack dignity and respect."

Sutley claimed the hours-long walks were "only to get out to get fresh air," according to the notice, which said Ranch for Kids provided conflicting information about the purpose for the walks.

However, an investigation by the board previously responsible for program oversight, the Private Alternative Adolescent Residential or Outdoor Program (PAARP) Board, found "reasonable cause" that Ranch for Kids "failed to meet accepted standards of practice." In the notice to the program, the board cited disciplinary measures that included 5- to 22-mile "therapy walks," removing mattresses from participants who wet their bed, and withholding phone calls from parents.

Despite the board's proposed action against Ranch for Kids, the program still received its annual license renewal under the same board. On July 1, the oversight of private alternative residential programs was moved to the state health department.

The labor department started to share information about programs with the health department, including one open complaint about Ranch for Kids, when the two departments began meeting in May to plan transitioning oversight of PAARP facilities. However, the children were removed as the result of a tip to the department's child abuse and neglect hotline made in June.

Johnston said DPHHS was unable to take action against programs until they became responsible for their oversight. Johnston said that prior to July 1, DPHHS was only able to investigate individual complaints reported to the department's child abuse and neglect hotline.

DPHHS is now working with the Department of Labor and Industry "to make sure we have as much information as possible on all of the facilities that are operating," Johnston said.

She declined to comment on whether other programs are under investigation.

Ranch for Kids first obtained its license from the Department of Labor and Industry in 2006, despite having no certified or trained therapists or counselors on staff.

In 2010, program directors Sutley and Joyce Sterkel discussed partnering with the Epicenter International Missions Ministry in an attempt to obtain an exemption that allows programs to operate without state oversight if they claim ties to a religious organization.

Ranch for Kids spent the next three years operating without state oversight, until the PAARP board sent the program a cease and desist letter in 2011 in which the board challenged the program's claim that it was an adjunct ministry.

In 2013, a Lincoln County District Court judge ruled that the Ranch for Kids must obtain a license or be shut down after it was found that Epicenter International Missions Ministry did not have a building, congregation or ordained clergy.

The Ranch for Kids subsequently obtained a license, although the program still lacked certified or trained therapists. Instead, parents paid extra for those services, which were provided by a local therapist the program contracted with.

Policies and procedures that the Missoulian previously obtained through a records request detailed a level system that demoted children for self-harming, and placed runaway students in seclusion.

At the lowest level, program policies dictated that students were not allowed to talk with anyone, and were required to spend all their free time “in the corner” and isolated from their peers for a week.

Hotline for Ranch for Kids information

Montana's Department of Public Health and Human Services has set up a hotline for parents and guardians of children at the Ranch for Kids in Eureka, or anyone with information about the program. It is 1-888-200-8002.

This story has been updated to correctly reflect when the Department of Labor and Industry shared information with the health department about complaints concerning the Ranch for Kids.

A bison charged a 9-year-old girl in Yellowstone National Park Monday, catching her and tossing her into the air, according to a release from …

There are many people to thank for the safe removal of 27 children from a private program in Rexburg after reports of abuse and neglect.

The head of a therapeutic treatment program in remote northwestern Montana said Wednesday that the Ranch for Kids will challenge its license suspension.

Relief that Ranch for Kids' residents are free from 'hell'

KALISPELL — Two people are dead from apparent gunshot wounds after a traffic stop and pursuit in northwestern Montana.

More than a year ago, a brand-new reporter at the Missoulian — she had, in fact, started as a summer intern — expressed curiosity about the pr…

Thomas Lawson Faulk, a 17-year-old who goes by Lawson, was last seen Aug. 19. Sanders County Sheriff Tom Rummel said he may have been seen in Missoula in late August.