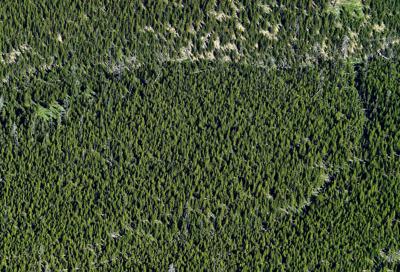 If there’s a plant-based poster child for wildland fire in the subalpine forests of Yellowstone National Park, it would be the cone of the lodgepole pine tree.

“All of these forests evolved with fire after the last glacial retreat,” said Roy Renkin, a vegetation specialist for Yellowstone National Park. “Different species have evolved different mechanisms to deal with fire.”

The Douglas fir has thick bark meant to resist low-intensity fires. Fireweed spends a lot of time spreading its roots out so it can sprout after fires remove competition. And the lodgepole pine’s specially devised cones will open to release seeds only when heated to 104 to 122 degrees.

“This green forest over here looked like that black forest many times,” he explained.

Renkin is one of the few people still on staff at Yellowstone who was around when the 1988 fires swept across roughly one-third of the park, charring more than 793,000 acres. Since then, he’s been witness to the rebirth of the park’s vegetation following what many at the time thought would be a legacy of scorched earth and a slow rebound.

“You guys will be lucky to have a meadow there in 100 years,” let alone a forest, he remembers one group of “ologists” concluding after visiting a heavily burn site. Thirty years later some of the trees that repopulated the area are 25 feet tall. Elk sedge that took root has grown “as big as basketballs.”

“The most exciting thing about the ’88 fires is the very broad range of tree density that has come back,” Renkin said, which ranged from 50,000 trees an acre to 10. “That shows how much the geology and climate interact to create differences.”

Some volcanic soils in Yellowstone have few nutrients, and so support only a few trees. Other soils are more productive, supporting dense stands of new tree growth.

Since the 1988 fires, Renkin has also been able to witness what has happened in areas that have burned again — what he called a “double disturbance.”

The 2016 Maple fire on the west side of the park cooked through more than 45,000 acres. When Renkin and his colleagues visited the site the following spring they found lodgepole pine regeneration varying from 3,000 to 60,000 stems per acre. They also counted 11,000 to 26,000 seeds per acre, even though the fire had burned for five weeks.

“There is a sufficient source for the reforestation process to start again in these 30-year-old forests,” he said.

As dead and downed trees break down on the forest floor, and the trees grow taller, the forests won’t carry fire as easily, Renkin added.

“A 150-year-old forest is extremely hard to burn,” he said. “There’s no understory to get it up in the crown.”

Although some trees and plant life can quickly rebound from fires, the same is not always true for animals.

Moose populations in Yellowstone were especially hard hit after the 1988 fires. According to research by biologist Dan Tyres, published in 2008, although moose had typically responded well to habitat alteration following fires elsewhere, that wasn't the case in Yellowstone.

"Although moose population estimates have been imprecise, it appears that with less willow and subalpine fir available for winter browse, and snow accumulating more deeply with many forest canopies gone, moose winter mortality increased," according to the park's website.

There was mortality following the fires for grazing species like bison and elk, but biologists couldn't ascertain whether that was because of a loss of food , the drought that preceded the fires, large herd sizes or the severe winter. The following spring, grasses and other vegetation were abundant, thereby attracting grizzly and black bears to patches of newly grown clover and fireweed. Few animals were killed in the fires and some grizzlies even stayed in fire areas while the forest was burning.

Small mammals like mice, voles, squirrels and chipmunks experienced the greatest fire kill as well as greater predation because of a loss of cover, Renkin said. Luckily, they are also animals that reproduce quickly and rebound.

"Post-fire habitat changes helped some birds," according to the YNP website. "Cavity-nesting birds, such as Barrow’s goldeneye, flickers, and bluebirds, had many dead trees for their nests. Robins and flickers found ants and worms more easily. Boreal owls, however, lost some of the mature forests they need."

Given the continual changes on the landscape in Yellowstone sparked by fires, a warming climate, and an endless influx of invasive species, Renkin said his work has been a dream job and the 1988 fires a defining moment of his career.

“I wish I could stay around for another 100 years,” he joked.

Aspen will sprout prolifically following a wildland fire, a fact that was relatively unknown until seedlings started showing up in Yellowstone National Park following the 1988 burns.

“The ubiquitous germination of aspen from seed, that was a real eye opener,” said Roy Renkin, a vegetation specialist for the park. “That was unexpected.”

Renkin said he found these small germ wings, shaped like an arrowhead, on the landscape. He wasn’t sure what they were until he bit into one. Aspen roots taste like aspirin, and so did the seed pods.

“The taste test was a giveaway,” he said.

Surprised by the finding, the park brought in the person who wrote the book on aspen. He’d seen seed pods only twice before, that’s how rare the occurrence was.

Since the 1988 fires, those newly seeded aspen are hanging on in some areas, which is good for the species, providing genetic diversity. Aspen are known for growing from the same root structure, so each tree is actually a clone of all the others.

Having new aspen groves on the landscape in a largely lodgepole pine forest is good because it adds to the diversity of the understory, providing habitat for a variety of wildlife — such as mountain grouse.

As forests mature, though, aspen are often crowded out as the evergreen canopy closes over the more open areas that aspen need to survive. In national forests, logging has been conducted to keep the conifers from encroaching to ensure the aspen are retained. In Yellowstone, though, the aspen will just have to wait until the next fires burn up enough lodgepole pine trees to create open areas where the aspen  can once again spread new seeds.

Gianforte rescinds restrictions on hours, capacity at some businesses

The news that the grand-prize ticket was sold in Butte was announced Dec. 29 by Jennifer McKee, communications manager for Montana Lottery. A total of 180,000 tickets were sold statewide.

A wind storm toppled trees Wednesday, slowing traffic and causing power outages throughout Missoula and across the state.

A wind storm toppled trees Wednesday, slowing traffic and causing power outages throughout Missoula and across the state.

"I get tired of picking up these kids, people, adults," said Rep. Frank Smith, D-Poplar, who worked on ambulance crews after he left the military.

A Lincoln County Sheriff's deputy shot a man after responding to a call about a domestic disturbance Thursday.

A bill that aims to expand the list of locations where concealed firearms are allowed with and without a permit passed a vote by the Republican-controlled Montana House Thursday.

A proposed plan to prevent grizzly bears from dying on train tracks has bear advocates pulled in two directions.

Montana reported 341 COVID-19 cases and the deaths of four more people in an update Sunday morning to the state case mapping and information website. 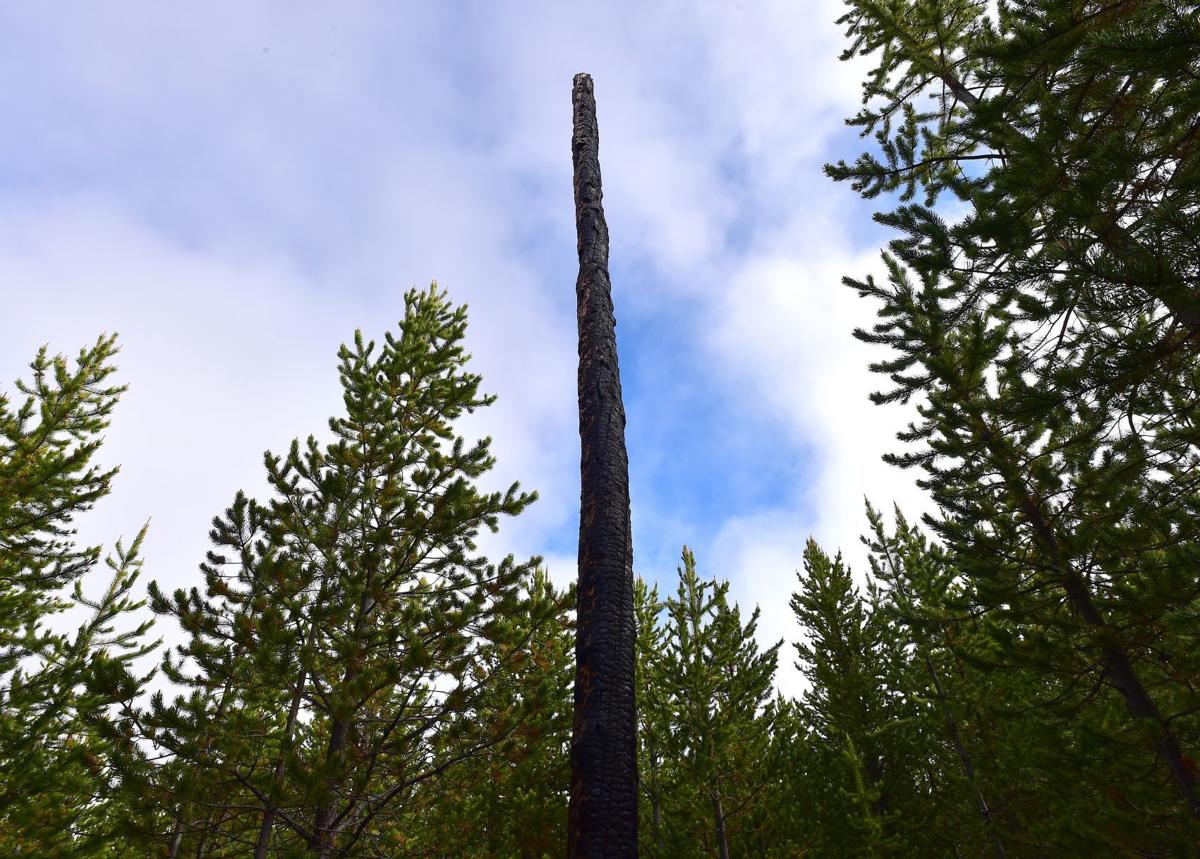 A burned tree is surrounded by new growth as Yellowstone National Park marks the 30th anniversary of the fires of 1988. 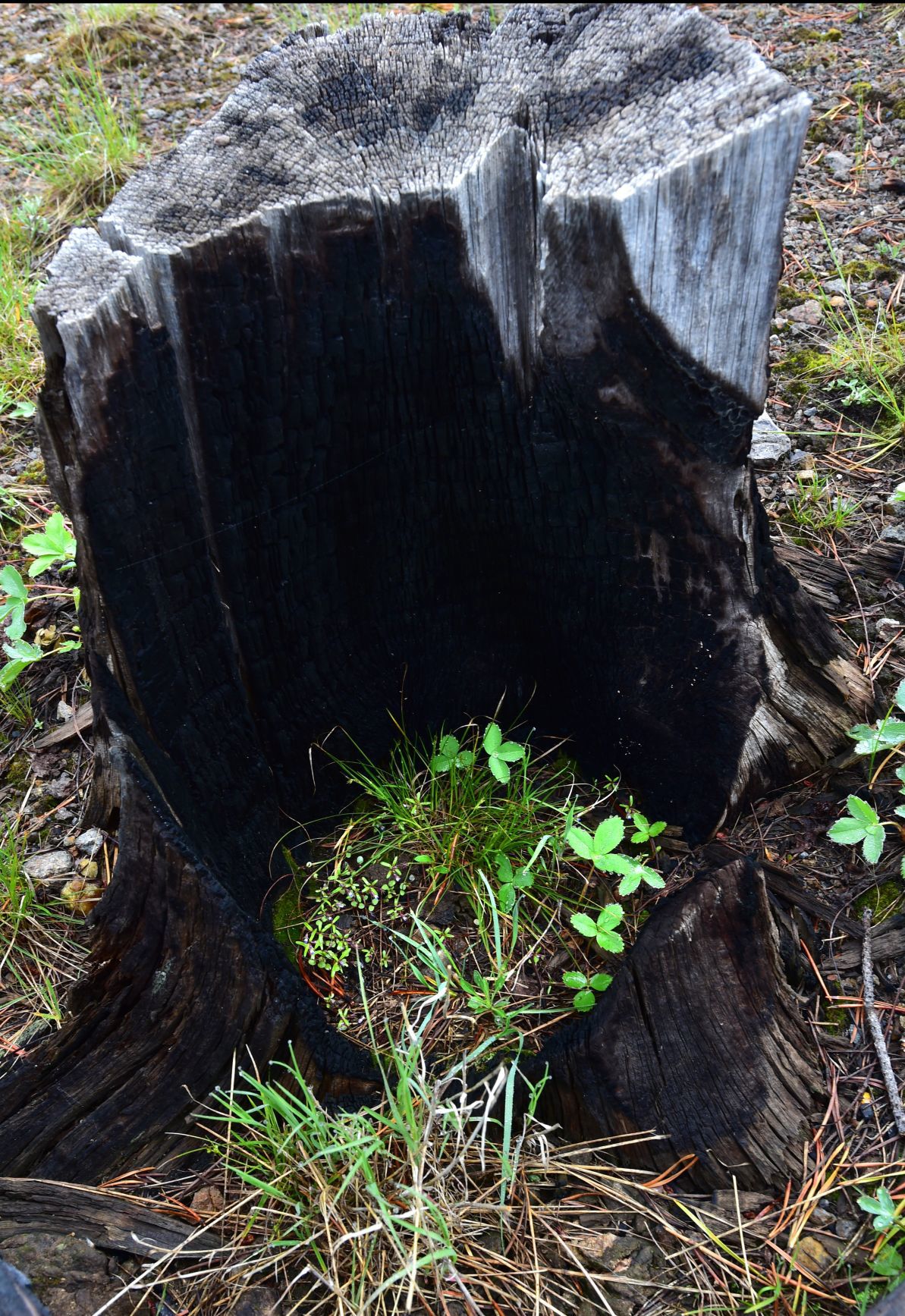 New growth sprouts in the wake of fires, which are a common occurrence in Yellowstone — a fire-adapted ecosystem. 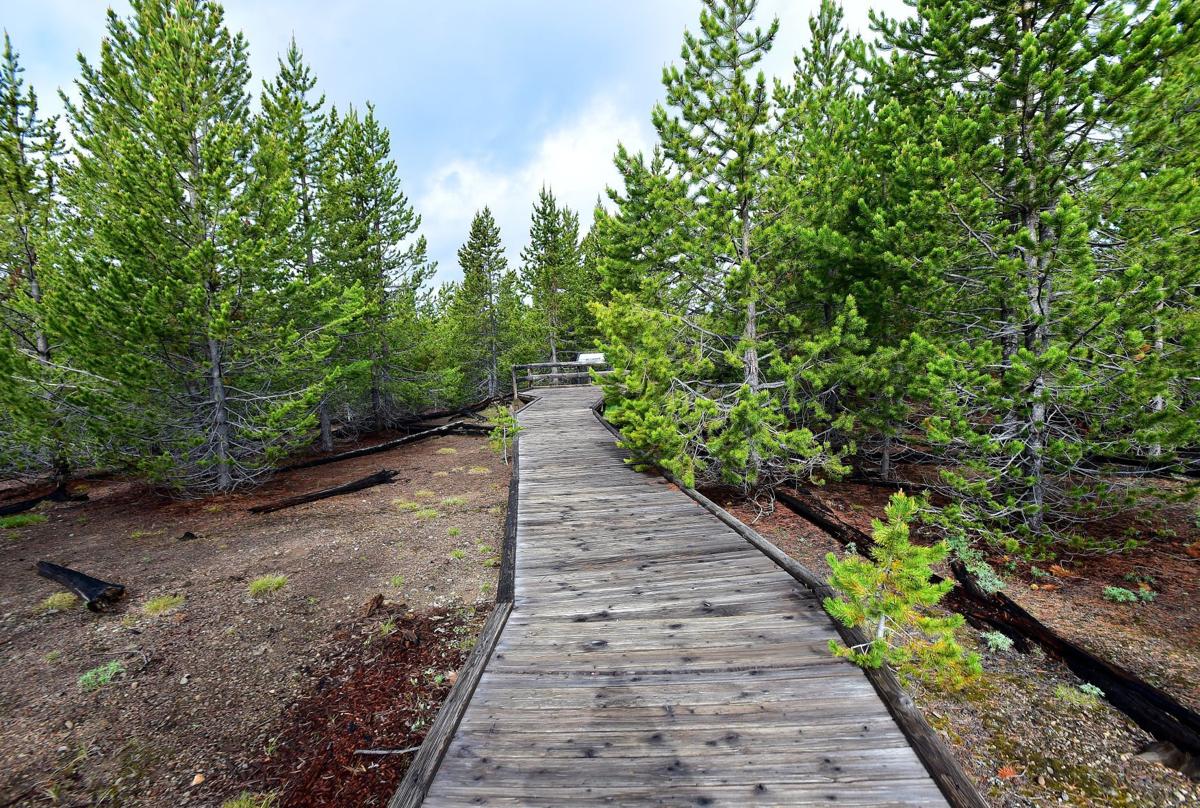 A blowdown area that burned near Norris Geyser Basin is now a fire exhibit crowded with 30-year-old trees. 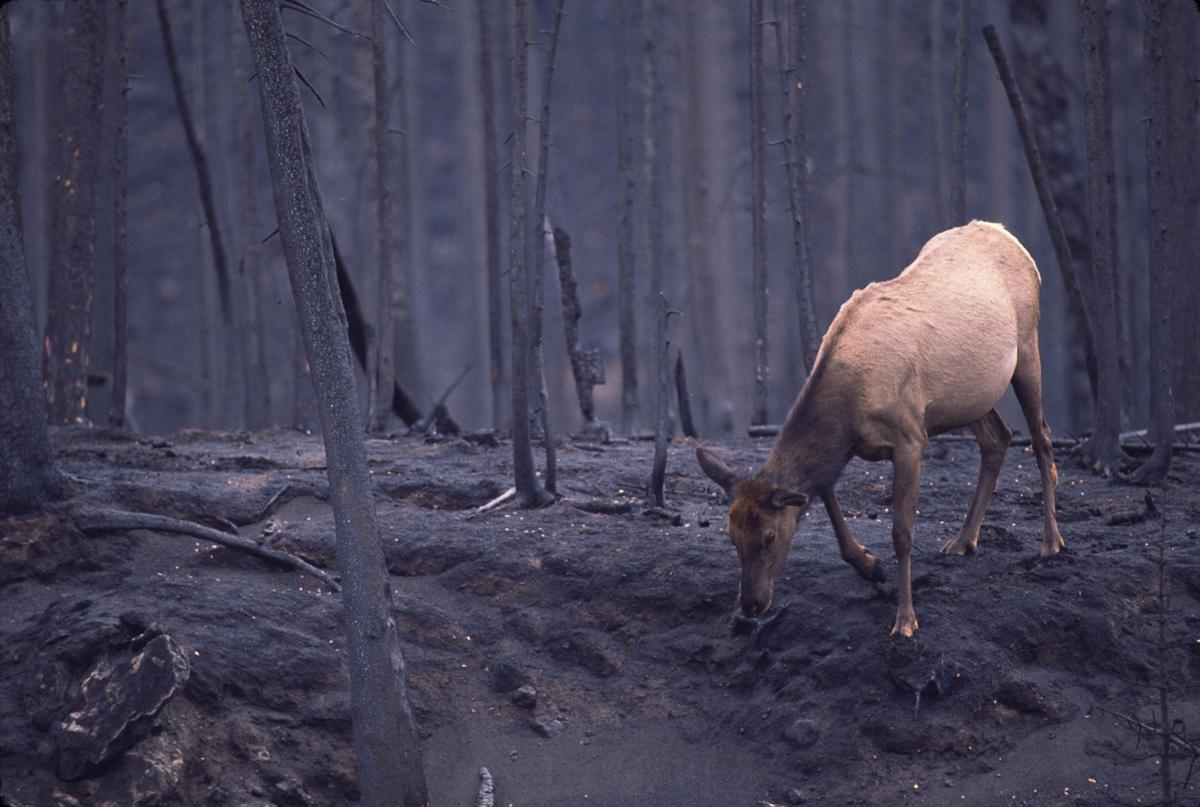 An Elk wanders the burned area of Yellowstone National Park during the fires of 1988. 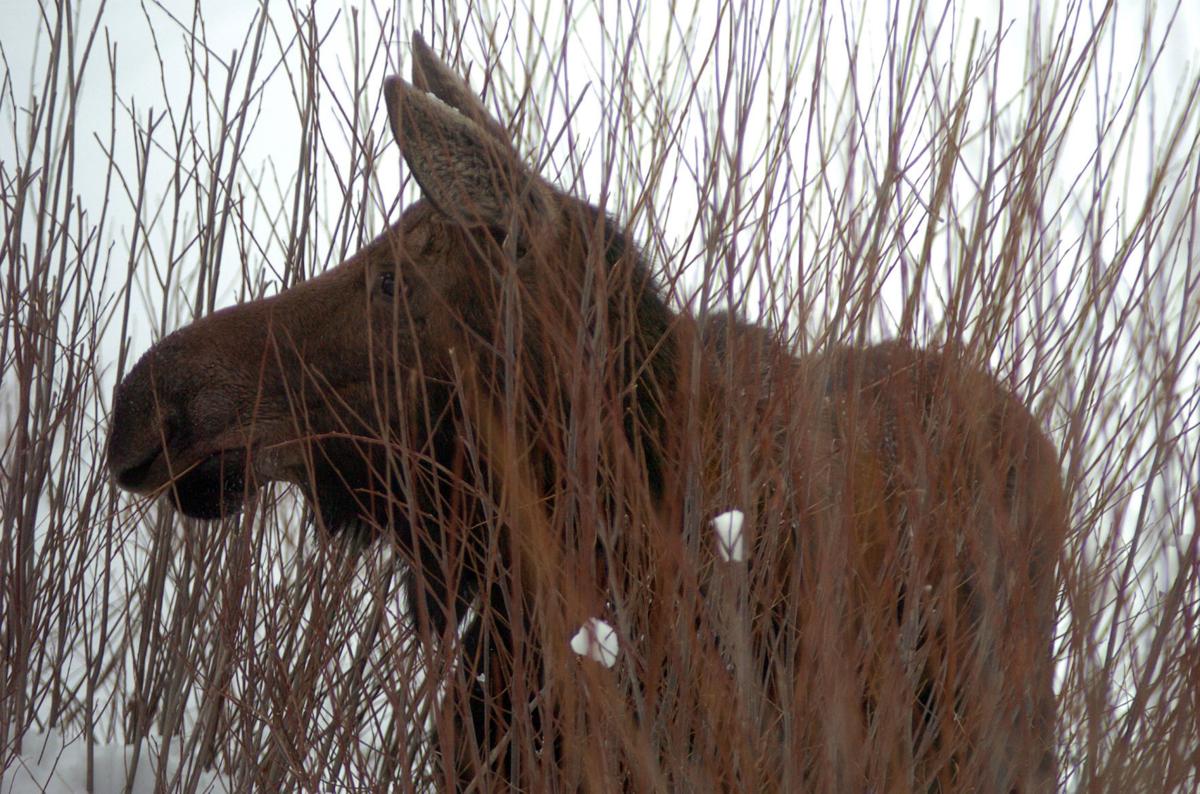 A moose munches on willows outside Yellowstone National Park in 2010. 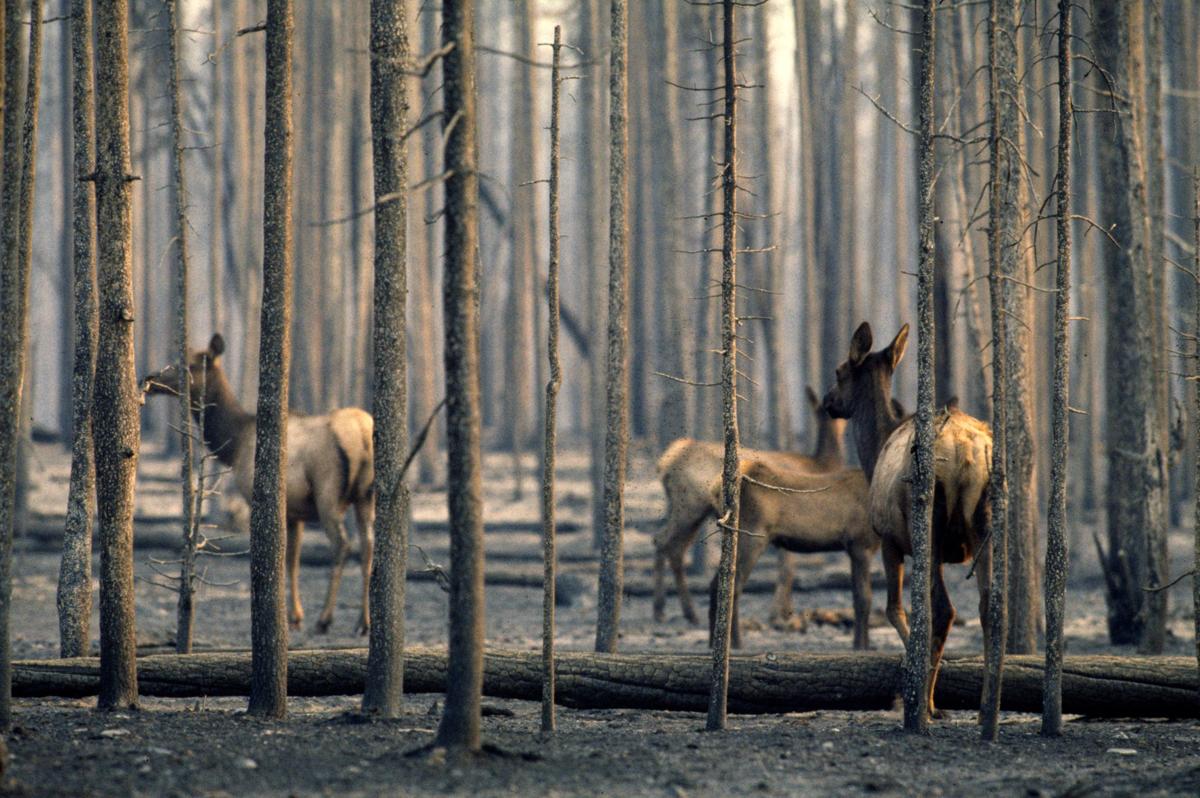 Elk walk through a burned area of Yellowstone National Park in September 1988.