Sid, a wolverine at ZooMontana, picked the Tampa Bay Buccaneers to win Super Bowl LV during a media event at the zoo Monday morning.

The wolverine was presented with two whipped cream-covered pate cakes in his enclosure.

The cakes were placed on a rock in his enclosure and marked with the logos for each team. After darting out of his night house, Sid approached the rock and went straight for the cake with the Buccaneers logo.

"He came out quicker than I've ever seen him come out," said ZooMontana Executive Director Jeff Ewelt.

Zookeepers have been training Sid and Ahmari, the zoo's female wolverine, to "target" the rock. The training helps with safe management of the animals.

After Sid licked off most of the whipped cream, zookeepers released Ahmari, and each wolverine grabbed a pate cake and ran to separate corners of their enclosure to eat their treat.

Sid joins a lineup of other famous animal Super Bowl predictors, including LeLe the giant panda at the Memphis Zoo, Jack the shark at the Miami Zoo, and Fiona the hippo at the Cincinnati Zoo.

The zoo previously used Ozzy the grizzly bear to choose a Super Bowl winner, but because of the bear's growing reluctance to emerge from his night house during the winter, they decided to let Sid make his pick this year.

Ozzy finished his career with a 6-2 record. He incorrectly chose the Broncos over the Seahawks in 2014 and the 49ers over the Chiefs in 2020.

"Sid is loving it," Ewelt said. "Hopefully Sid will be our Super Bowl contender for the years to come."

The game between the Buccaneers and the Kansas City Chiefs is Sunday, Feb. 7 in Tampa Bay.

All of Ozzy the grizzly bear's Super Bowl picks

ZooMontana's Ozzy the grizzly bear is one of many Super Bowl predicting animals nationwide, but the zoo considers him one of the best, with a near-faultless record.

Ozzy the grizzly bear has officially picked the San Francisco 49ers as his favorite to win the Super Bowl.

Ozzy, a 680-pound grizzly bear, ate part of a watermelon cake with the New England Patriots logo on it Tuesday morning at ZooMontana, meaning the animal has predicted that team to win Super Bowl LIII.

Ozzy, a grizzly bear at ZooMontana, officially chose the Philadelphia Eagles to win the Super Bowl over the New England Patriots during the sixth annual selection event at the zoo on Tuesday.

It was only a nibble, but enough for ZooMontana staff to declare that Ozzy, a grizzly bear at the zoo, has picked the New England Patriots to win this year's Super Bowl.

Ozzy the grizzly bear was indecisive Tuesday during his annual Super Bowl prediction at ZooMontana.

Denver it is, according to hungry bear logic

Bookmakers take note: The hairiest oracle in the Yellowstone Valley made his Super Bowl selection, and Ozzy the bear has a winning record to protect.

The Broncos will win the Super Bowl, says ZooMontana bear

The 2014 Super Bowl victor has been chosen.

Ozzy, a grizzly bear at ZooMontana, was presented with a choice Thursday: a cake with a Baltimore Ravens logo or one with a San Francisco 49ers logo. Whichever he ate first would be his choice in Sunday's Super Bowl.

What was once thought to be a future commodity is now a pariah for area farmers who gave it a shot.

Postcard from an overrun ICU: ‘The problem is we are running out of hallways’

In the past week, 14 people have died of covid here, the state’s largest hospital.

A Darby man with a long criminal history — including prison time for poaching — was sentenced to five years in prison recently for illegal outfitting and possessing parts of unlawfully killed animals.

At first, Deb and John Wood thought somebody shot four of their goats Wednesday evening.

At least three people have died after an Amtrak train that runs between Seattle and Chicago derailed Saturday afternoon in north-central Montana.

Some of the laws passed this year to give the Legislature more power were spurred by the pandemic. Other new laws stem from long-brewing frustrations.

A 32-year-old East Helena woman was arrested on suspicion of attempting to enter an apartment uninvited.

The lawsuit stakes its footing on the Montana Constitution's right-to-know provision. 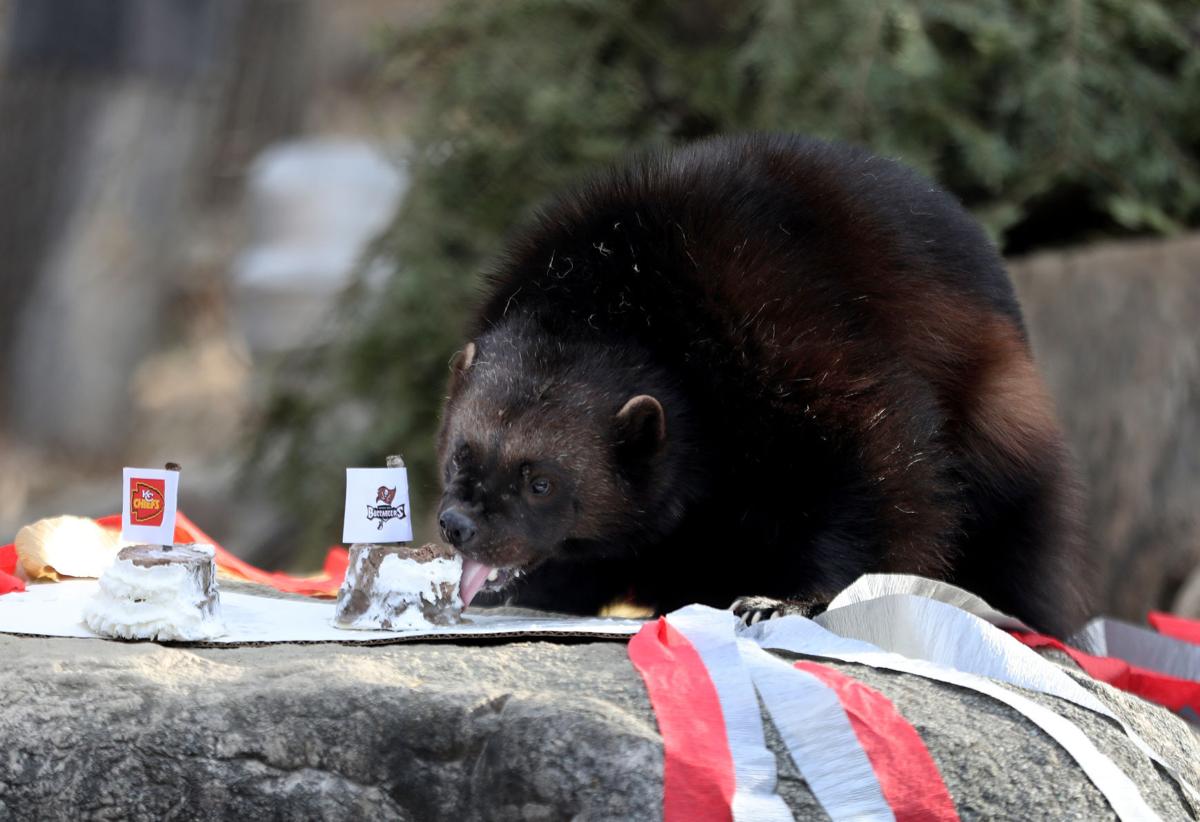 Sid, a wolverine at ZooMontana, chooses the Tampa Bay Buccaneers to win the Super Bowl by eating their pate cake first during an event at the zoo Monday, February 1, 2021. 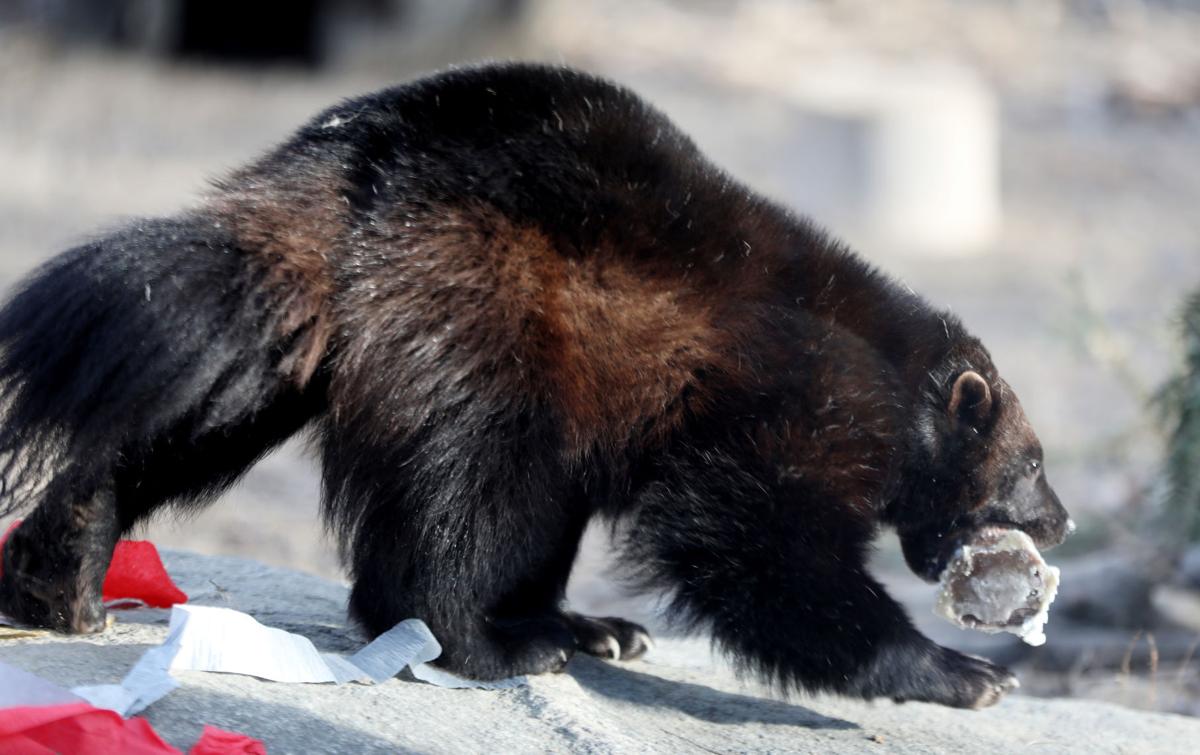 Sid, a wolverine at ZooMontana, chooses the Tampa Bay Buccaneers to win the Super Bowl by eating their pate cake first during an event at the zoo Monday. 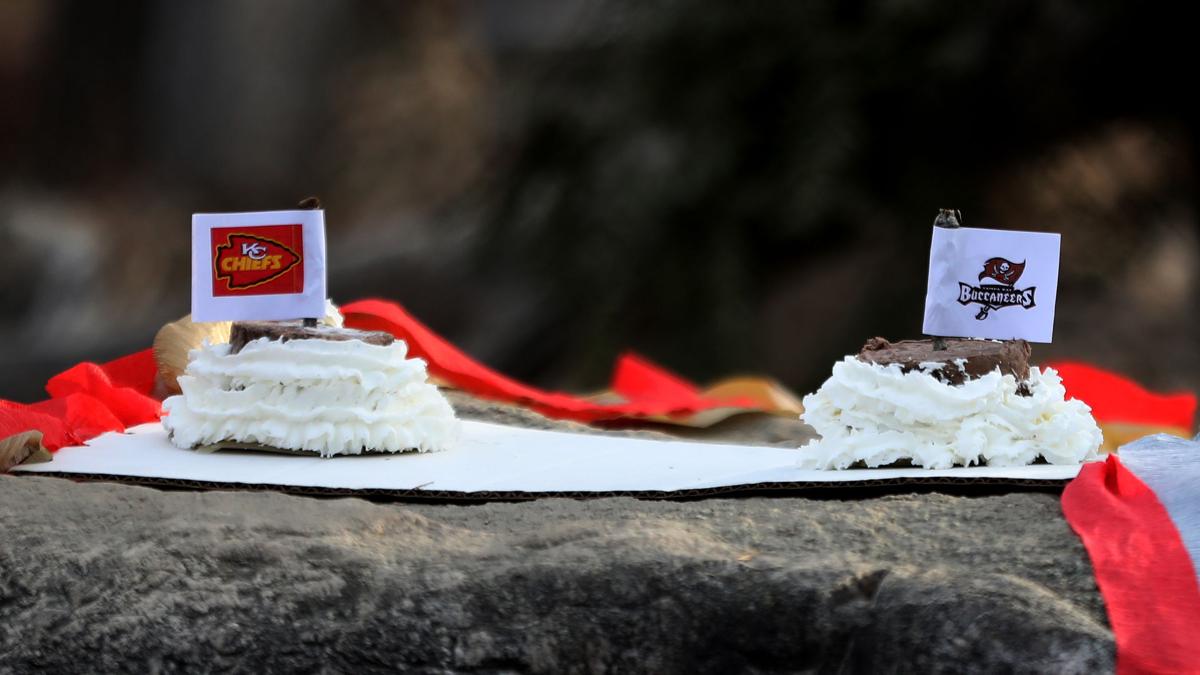 Two pate cakes are decorated with the logos for the Super Bowl teams. Sid, a wolverine at ZooMontana, chose the Tampa Bay Buccaneers to win the Super Bowl by eating their pate cake first during an event at the zoo Monday. 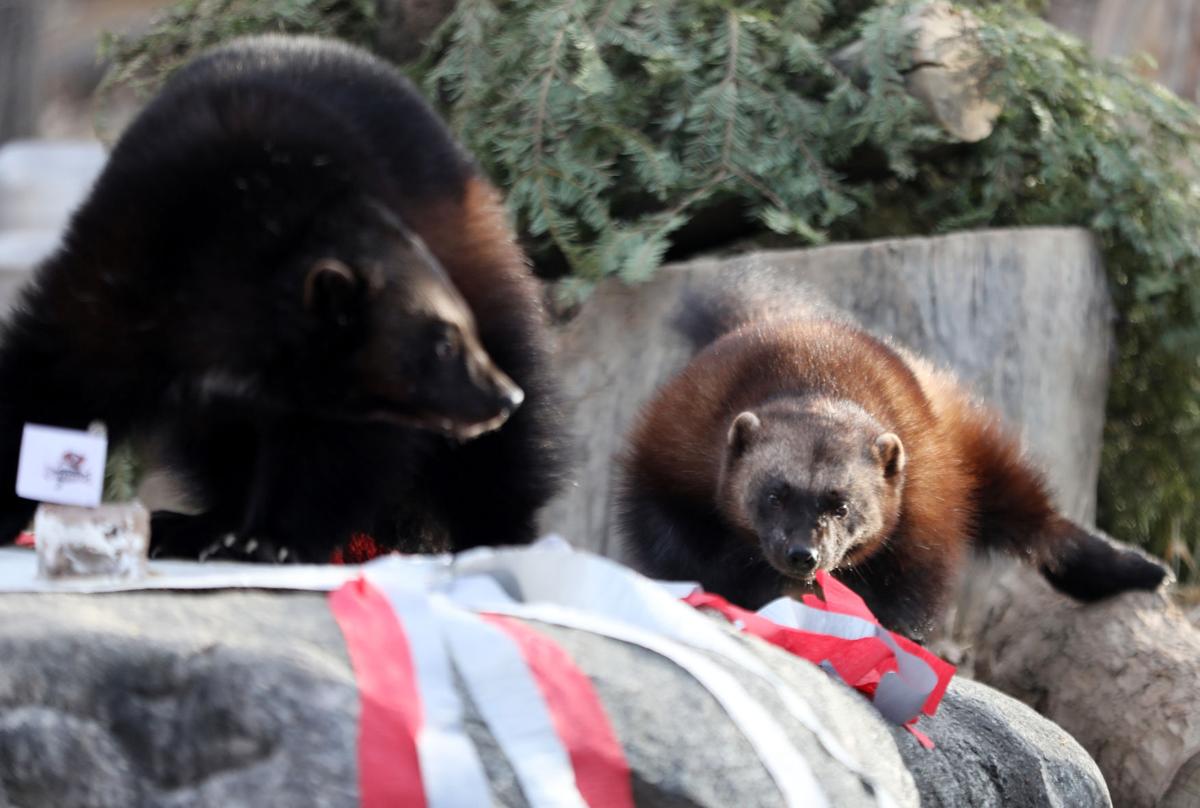 Sid, a wolverine at ZooMontana, looks over his shoulder as Ahmari approaches. Sid chose the Tampa Bay Buccaneers to win the Super Bowl by eating their pate cake first during an event at the zoo Monday, February 1, 2021.