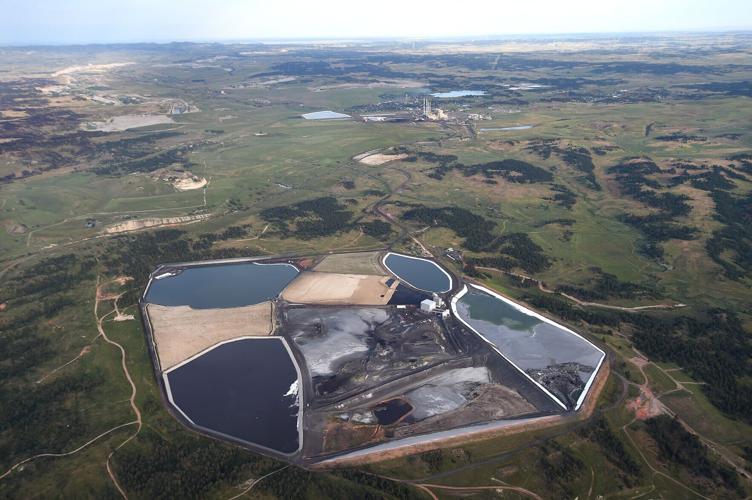 An aerial view shows Colstrip units 1,2,3 and 4 as well as nearby industrial ponds. 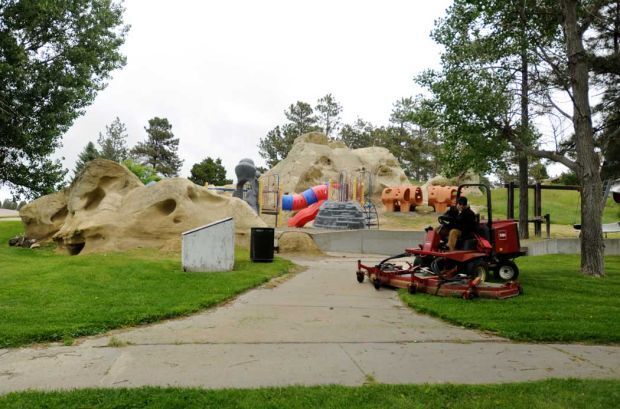 Colstrip's has 2,300 residents and 32 parks, including this one photographed in summer 2014. 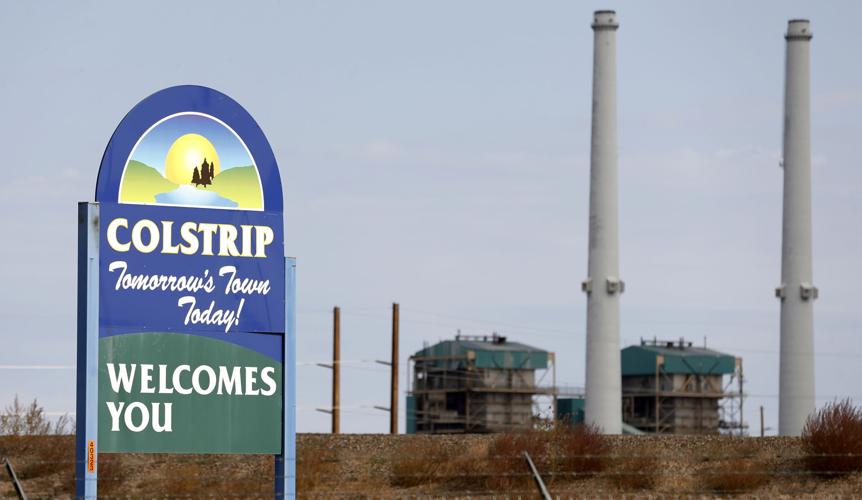 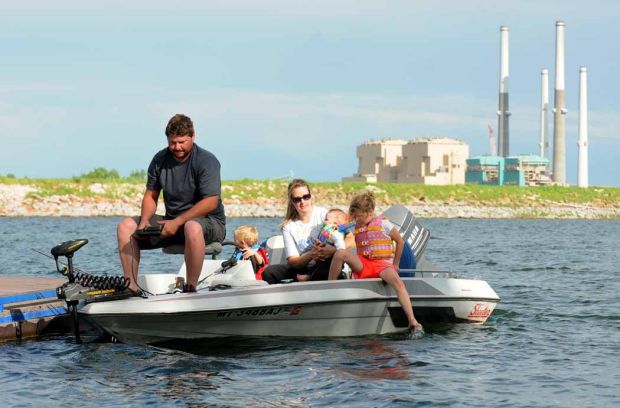 Castle Rock Lake is located next to the Eastern Montana community of Colstrip. 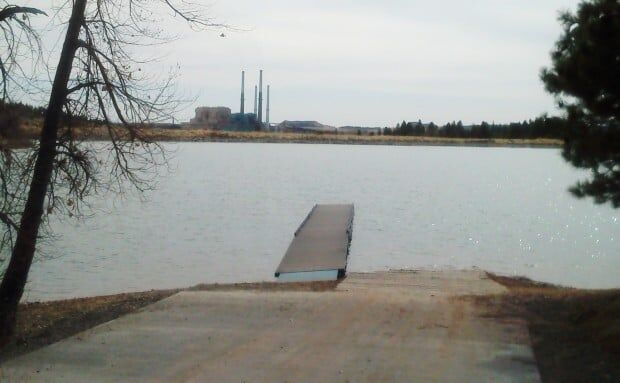 Cost scenarios are emerging to keep water flowing to the community of Colstrip following the eventual closure of its namesake power plant.

In a 500-page feasibility study, the Department of Environmental Quality puts forth three scenarios in which the community of 2,300 keeps its water supply with monthly bills ranging from $68 to $126, without subsidies.

For years, the community has piggybacked onto the large water supply system that services Colstrip Power Plant. Water for the power plant is piped from the Yellowstone River, which is 30 miles away. Eventually, the water fills a man-made lake, Castle Rock reservoir, that serves the town and power plant.

But the power plant is now facing adversity. Four of the coal-fired power plant’s six owners, who have a combined 70% stake in its two surviving units, have made plans to exit by the end of 2025. Those exiting owners face bans on coal power in Washington and Oregon where most of Colstrip’s power has been consumed for the past four decades. It is unclear how long the power plant will operate beyond that date. A fifth owner, Talen Energy, is going through bankruptcy proceedings, but also trying to acquire additional ownership shares.

In bankruptcy, Talen moves to own more of Colstrip

NorthWestern Energy, Montana's largest monopoly utility, has a 30% share in Colstrip Unit 4, and has indicated it would like to keep the power plant running into the 2040s, the longest commitment of any owner.

In 2021, community leaders asked the Montana Legislature to require that water keep flowing as part of the power plant’s environmental cleanup plan. Lawmakers wouldn’t go that far, but they commissioned a feasibility study to determine what needed to be done. That study will be available to lawmakers when they return to session in January.

“It provides a lot of valuable information, information that wasn't available a year ago, or two years ago, in the Legislature,” said Sarah Seitz, DEQ environmental project officer with the Contaminated Site Cleanup Bureau. “ So, it provides really a wealth of knowledge and information. It also was really pivotal in getting the two main parties to talk to each other and have the look — the local government, the power plant owners — to work together and talk about these concerns and issues well before they're going to be addressed.”

Keeping the water flowing to the community wasn’t as simple as handing over existing infrastructure to the City of Colstrip. The coal-fired power plant’s combined cycle system boils water to superheated temperatures to spin generators. The power plant’s water right allows it to draw 69.27 cubic feet of water per second from the Yellowstone River. The community’s share of the water is just 2.8%.

The feasibility study found that the existing infrastructure could be used to provide a much smaller share of water to the community, provided the water pumps were downsized and only one of the two large pipes currently servicing the power plant was left in service. Total project capital cost is $4.8 million. The community share depends on four factors: how much water is used by the community; how much is used for environmental cleanup; what’s the demand for agriculture; and what’s needed to fill Castle Rock reservoir.

The lowest cost option assumes the water consumption for remediation will be considerable and that demand will last for decades. It also assumes that community demand doesn’t significantly diminish the costs to the community as water needed for remediation decreases and the population declines. In the most expensive scenario, there is not more water used in the footprint of the power plant complex and 30% less demand for water by city customers.

It would be possible to keep the community in water without Castle Rock reservoir, but not preferable. Both the community and the state Department of Fish, Wildlife and Parks identified keeping Castle Rock filled as a priority.

Community costs might be offset by government subsidies, namely a low-interest loan from the Drinking Water State Revolving Fund. The scenarios in the feasibility study assume no funding from the government.

The community is already confronted with increased water costs stemming from less water use by the power plant. In 2020, two of Colstrip’s units were retired after owners Puget Sound Energy and Talen Energy concluded operating the units was no longer economical. Talen notified the community that the town's share of the bill for raw water was going to increase 30% as a result of the closure. Those rates were eventually negotiated down to 17%.

Cost scenarios are emerging to keep water flowing to the community of Colstrip following the eventual closure of its namesake power plant.

From herds of elk and packs of coyotes to opportunistic, wandering black bears, the Sellman family is familiar with having wildlife all around…

The standoff followed a report of a man being shot early Monday morning.

A Missoula man is facing a felony charge stemming from allegations that he filmed a teenage girl undressing without her knowledge.

Residents of the Fort Belknap Indian Community may have recognized a familiar face on the hit show “Yellowstone” earlier this week.

It wasn't until the woman got home at the end of the day that she was met by police officers, who told her the patient was her 17-year-old daughter, Montana.

National Weather Service: What's in store for the Missoula area this week

Ice cold temps are headed for Missoula! Watch this week's report from the Missoula branch of the National Weather Service.

Shane T. Pelletier, age 34, was found dead on Nov. 26 in the Mineral County jail, according to the Missoula County Sheriff's Office.

The Missoula Economic Partnership said they've gotten a lot of interest from developers about building on the city-owned block.

France plans to ration power in case of shortages

The world's most expensive cities to live in 2022

The world's most expensive cities to live in 2022

An aerial view shows Colstrip units 1,2,3 and 4 as well as nearby industrial ponds.

Colstrip's has 2,300 residents and 32 parks, including this one photographed in summer 2014.

Castle Rock Lake is located next to the Eastern Montana community of Colstrip.