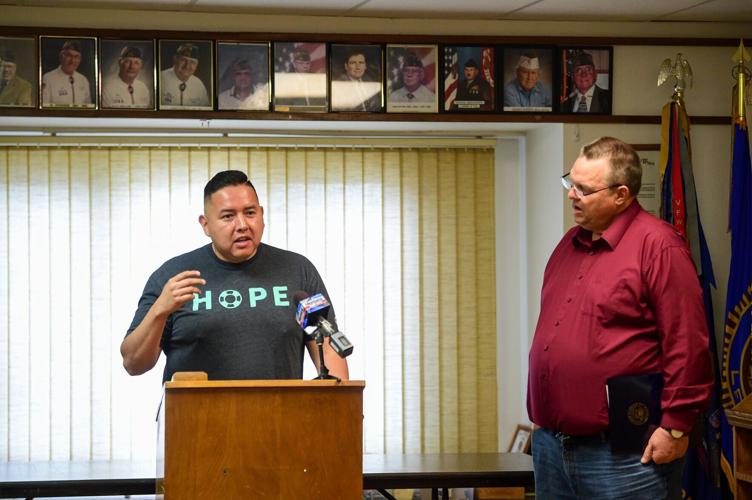 In this file photo, veteran Dylan Jefferson speaks during a press conference in Billings on May 27, 2022, hosted by Sen. Jon Tester and the Montana VFW to unveil Tester's Sergeant First Class Heath Robinson Honoring Our Promise to Address Comprehensive Toxics (PACT) Act of 2022. Jefferson is an Iraq Army Veteran, having served two years overseas between 2004-2005. Nearly 20 years later, Jefferson still suffers from numerous health complications after being exposed to toxic burn pits overseas. 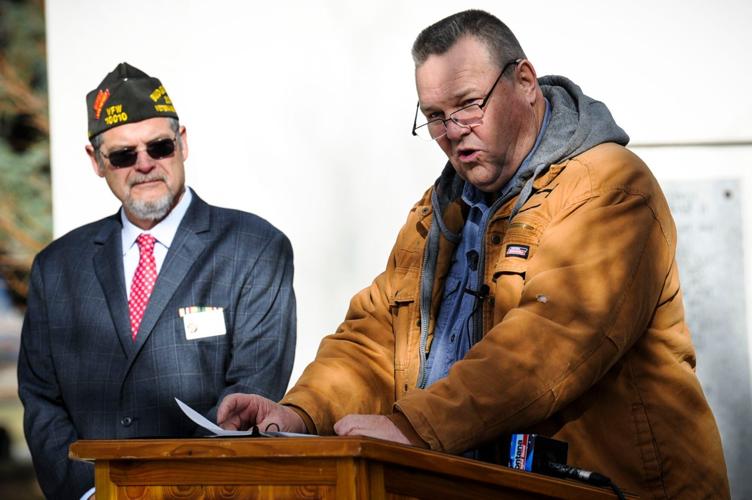 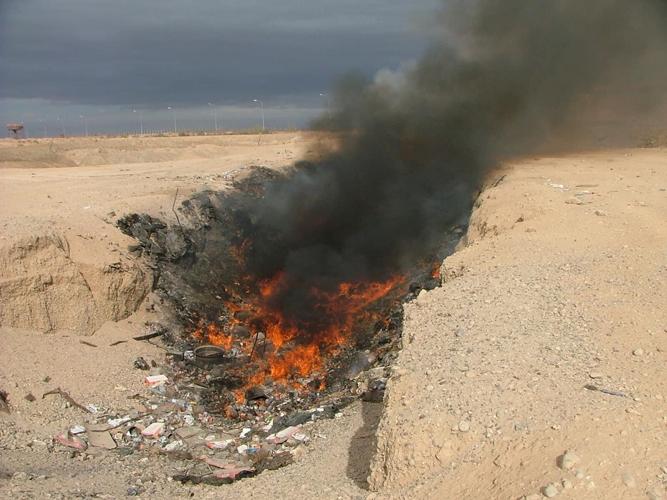 There are 22 different health problems related to burn pit exposure. 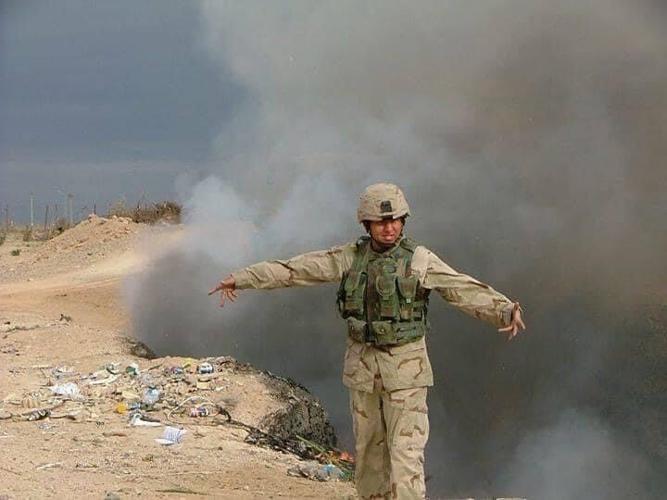 Veteran Dylan Jefferson worked in burn pits as an Army corporal. He suffers from health issues stemming from toxic exposure.

Blindsided by a Republican retreat from a bill to aid veterans exposed to toxic burn pits, U.S. Sen. Jon Tester vowed Thursday to get the legislation back on track.

Speaking to the Montana press, Tester said the bill’s failure to muster the 60 votes needed to pass Thursday was a complete surprise given that 84 lawmakers voted on June 16 to advance the bill. There was no shortage at the time of politicians insisting that the 22 different health problems stemming from burn pit exposure needed to be covered.

Following the June 16 vote, the bill went to the House for approval, which it received, but again needed Senate action.

The Sergeant First Class Heath Robinson Honoring Our Promise to Address Comprehensive Toxics (PACT) Act of 2022, named after a member of the Ohio National Guard who died from toxic exposure in 2020, seemed like the bill to make health care available for toxic exposure, not only for the veterans of the Iraq, Afghanistan and Persian Gulf wars, but also veterans exposed in Vietnam to Agent Orange. Some health problems from the jungle defoliant used in Vietnam still aren’t covered.

“Look, this is a slap in the face to every member of our volunteer military, those who have served and sacrificed. Because promises were made. And those promises included that they will be taken care of when they get returned home if they were damaged by the war in their service to this country,” said Tester, an author of the bill and chairman of the Senate Veterans Affairs Committee. “Providing comprehensive toxic exposure reform is the biggest issue facing our veterans today. It is the biggest issue facing our veterans, make no mistake about it. If it wasn't, every veteran service organization out there wouldn't have it as their No. 1 issue, and I wouldn't have been talking about it for the last 15 years.”

In an eleventh-hour act of cowardice, Republicans chose today to rob generations of toxic-exposed veterans across this country of the health care and benefits they've earned and so desperately need.

Make no mistake—the American people are sick and tired of these games. pic.twitter.com/w2ZUcGzGpT

Tester has estimated that the number of Montana veterans exposed to toxic substances is as high as 60,000, or roughly two-thirds of the veterans living in the state today. Montana’s veterans make up 10.6% of the state population, third highest in the nation as a percentage. The Department of Defense estimates there are 3.5 million veterans nationally who have been exposed to burn pits.

Billings veterans who met with Tester in May talked about stroke-like paralysis and burning skin sensation stemming from exposure to pits used by the military to burn waste, some of which emits toxic fumes.

Veterans had gathered at the Capitol to celebrate what they expected would be a Senate vote of approval, given the strong, 84-votes of support the bill received June 16.

What Tester wasn’t aware of, ahead of the vote, was a lobbying effort against the bill by Sen. Patrick Toomey, a Pennsylvania Republican. As written, the PACT Act made spending on toxic exposure ailments and other VA items mandatory. That mandatory designation meant Congress couldn’t adjust the amount spent on an annual basis, Toomey objected. The bill committed about $28 billion a year for 10 years to veterans' health issues related to burn pits and Agent Orange.

Republicans lined up behind Toomey’s concerns. When Democrats chose not to add Toomey’s amendment without a vote, Republicans balked. Among Republicans voting no was Montana Sen. Steve Daines. Thursday, Senate Democrats socialized a video of Daines and Texas Sen. Ted Cruz fist bumping as the procedural vote failed.

Even though many Republicans supported it just weeks ago.

Daines was among the lawmakers praising the bill in June. Although he was absent for the June vote setting the bill up for passage, Daines issued a press release that day expressing support.

“Montana veterans served our nation with honor, and it is our duty to ensure they have the care and services they need when they return home. The ‘Honoring Our PACT Act’ will ensure that the men and women who have suffered from toxic exposure while bravely defending our country receive the support they deserve. I look forward to seeing this bipartisan bill signed into law,” Daines said June 16.

Daines supports the merits of the PACT Act, said policy advisor Katie Schoettler, but Daines wants the Toomey amendment added to the bill. While the PACT Act was up for a vote, Majority Leader Charles Schumer, of New York, announced he had reached a deal with Sen. Joe Manchin of West Virginia on a bill to cut prescription drug costs for Medicare seniors, address climate change, in part by empowering the IRS to shake down tax cheats. It isn’t the first time Democrats have turned to tax cheats for revenue. The expectation is that tax cheats would contribute $125 billion.

Republicans oppose empowering the IRS, which needs more staff to pull off the task. Staff takes money, goes the argument.

The deal announced Wednesday also includes a 15% corporate minimum tax to raise $315 billion, and closure of a carried interest loophole, $15 billion. It relies on the federal government saving $320 billion by paying less for prescription drugs. These estimates are from the Committee for a Responsible Federal Budget, which estimates the package, dubbed the Inflation Reduction Act, would reduce deficits by more than $300 billion over a decade.

Schoettler called the announced compromise a bombshell, one that angered Republicans, who had been riding high on Manchin’s deal-killing reluctance to cast his vote with the majority and slip bills into law with Vice President Kamala Harris using her power as Senate tiebreaker.

“The Democrats have a choice to make — do they want to invest in veterans’ health care or spend hundreds of billions of dollars on their Green New Deal and raise taxes on Americans — they can’t do it all,” she said.

Daines can get to yes on the PACT Act if the Toomey amendment is adopted, Schoettler said. The bill isn’t dead. The amendment can be made and bill can advance to final passage.

The current version of the PACT Act passed the House 342-88 on July 13. Montana's Republican at large representative, Matt Rosendale, voted to pass the bill.

Veterans suffering from exposure to burn pits and other toxic sources are closer to health coverage Tuesday following Senate passage of the Honoring our PACT Act, a bill Republicans surprisingly walked away from a week earlier.

In this file photo, veteran Dylan Jefferson speaks during a press conference in Billings on May 27, 2022, hosted by Sen. Jon Tester and the Montana VFW to unveil Tester's Sergeant First Class Heath Robinson Honoring Our Promise to Address Comprehensive Toxics (PACT) Act of 2022. Jefferson is an Iraq Army Veteran, having served two years overseas between 2004-2005. Nearly 20 years later, Jefferson still suffers from numerous health complications after being exposed to toxic burn pits overseas.

There are 22 different health problems related to burn pit exposure.

Veteran Dylan Jefferson worked in burn pits as an Army corporal. He suffers from health issues stemming from toxic exposure.