NORFOLK, Va. — Fallout from the coronavirus pandemic is threatening a company's plans to retrieve and exhibit the radio that had broadcast distress calls from the sinking Titanic, according to a court filing made by the firm.

The company, RMS Titanic Inc., said Monday that its revenues plummeted after coronavirus restrictions closed its exhibits of Titanic artifacts, causing the firm to seek funding through its parent company. Some of the exhibitions, which are scattered across the country, are still closed, while others that have reopened are seeing limited attendance.

RMS Titanic Inc. recently missed a deadline with a federal admiralty court in Virginia to submit a funding plan for the radio expedition. The company left open the possibility that it may no longer seek the court's approval for the undertaking if a plan isn't submitted in the coming weeks.

The company's update, filed with a U.S. District Court in Norfolk, was made in the midst of an ongoing court battle with the United States over whether the expedition is legal.

Lawyers for the U.S. government have argued that the mission is barred under federal law and an international agreement with Britain. The attorneys say the company must seek the government's permission to remove the radio because the sunken vessel is a recognized memorial to the roughly 1,500 people who died.

The luxury ocean liner was traveling from England to New York in 1912 when it struck an iceberg and sank. It was discovered in 1985 about 2.4 miles below the surface of the North Atlantic.

RMS Titanic Inc. owns the salvage rights and oversees a collection of items recovered from the wreck as the court-recognized steward of the artifacts. They include silverware, china and gold coins as well as the Titanic's whistles and a piece of its hull.

Exhibiting the radio will help sustain the ship's legacy while honoring passengers and crew, the company has argued. Known in 1912 as a Marconi wireless telegraph machine, the radio sent distress calls to nearby ships that helped save 700 people in lifeboats.

The U.S. government's effort to stop the expedition is pending in the 4th Circuit Court of Appeals in Richmond. But the company's funding woes appear to pose a more immediate threat.

"The pandemic and resulting governmental restrictions forced the company to temporarily close its exhibitions to the public, effectively shutting off its primary source of revenue for six months," RMS Titanic Inc. wrote.

The Atlanta-based company said only a few of its exhibits, including one in Las Vegas and another in Orlando, have reopened. They're operating at diminished capacity and revenues "remain very low."

The company said it received more than $700,000 through the Paycheck Protection Program. And it expects to get $3 million in funding through its parent company, Premier Acquisition Holdings, LLC.

A federal admiralty judge in Norfolk had approved the planned expedition in May. But the approval was conditioned on the firm submitting a plan detailing costs and funding for the operation and conservation of the recovered equipment.

RMS Titanic said in Monday's filing that it's still trying to finalize that plan despite missing a Jan. 10 deadline. The company said it hopes to submit a plan by Jan. 29. But if it's unable to, the firm said it would withdraw its original motion seeking the court's permission to retrieve the radio.

Titanic by the numbers: 10 things to know about the 'unsinkable' ship

The RMS Titanic set sail on April 10, 1912. Here's a look at how big the ship was, how much it held, what kept it running and more.

Australia to kill pigeon that crossed Pacific from US

A racing pigeon survived a Pacific Ocean trek from the U.S. to Australia. Now authorities consider the bird a quarantine risk and plan to kill it.

JAKARTA, Indonesia (AP) — A jet carrying 62 people lost contact with air traffic controllers minutes after taking off from Indonesia's capital on a domestic flight on Saturday, and debris found by fishermen was being examined to see if it was from the missing plane, officials said.

This incredible drone footage shows a humpback whale swimming near the Isles of Scilly in Southwest England.

WHO team arrives in Wuhan to investigate pandemic origins

WUHAN, China (AP) — A global team of researchers arrived Thursday in the Chinese city where the coronavirus pandemic was first detected to conduct a politically sensitive investigation into its origins amid uncertainty about whether Beijing might try to prevent embarrassing discoveries.

The White Lion Foundation recently released this rare footage from northern Pakistan's Karakoram Mountains of a snow leopard's call in the wild.

High school sweethearts who were separated nearly seven decades ago reunited during the coronavirus pandemic and are now married.

Tesla CEO Elon Musk edged past Amazon founder Jeff Bezos to grab the title of world's richest person, according to Bloomberg and other sources.

Why the FBI tried to take down Martin Luther King Jr.

Aunt of Black man who died after arrest in Belgium: We want justice

Aunt of Black man who died after arrest in Belgium: We want justice 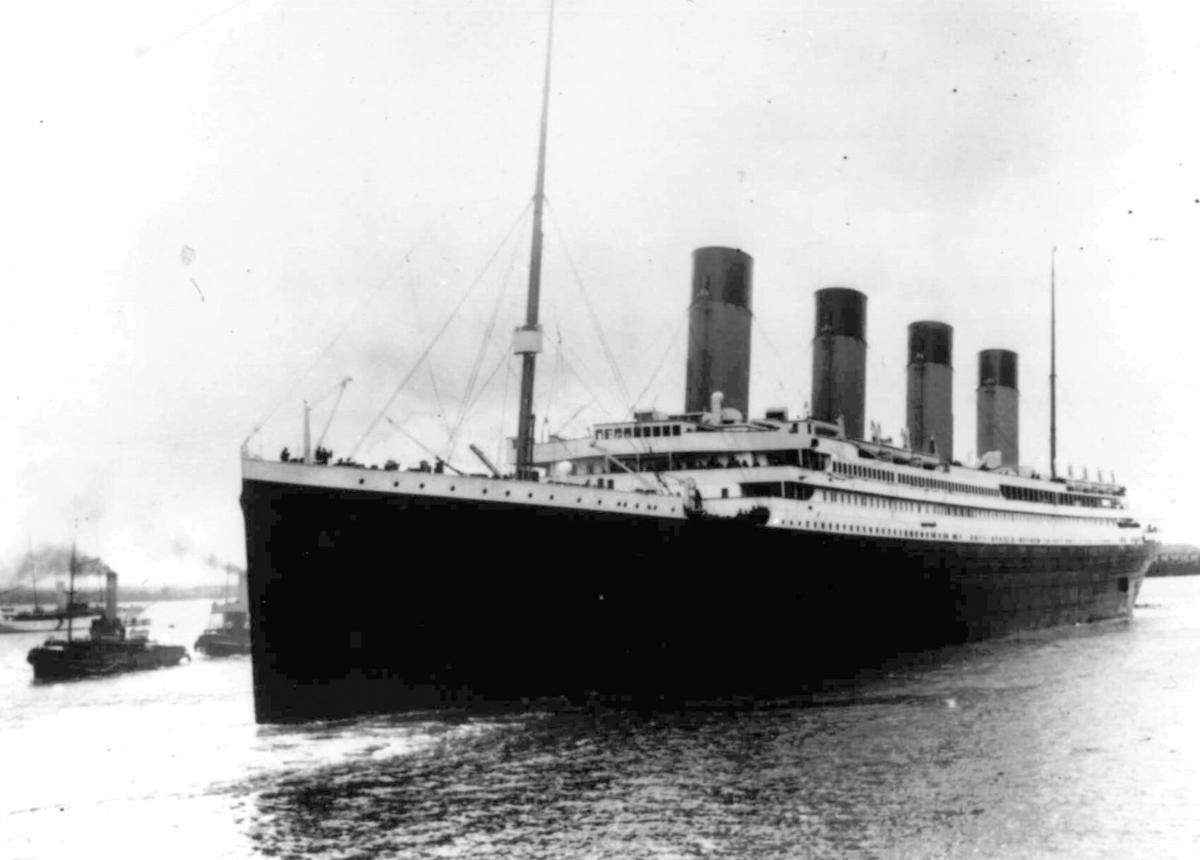 In this April 10, 1912, photo, the Titanic leaves Southampton, England, on its ill-fated maiden voyage. 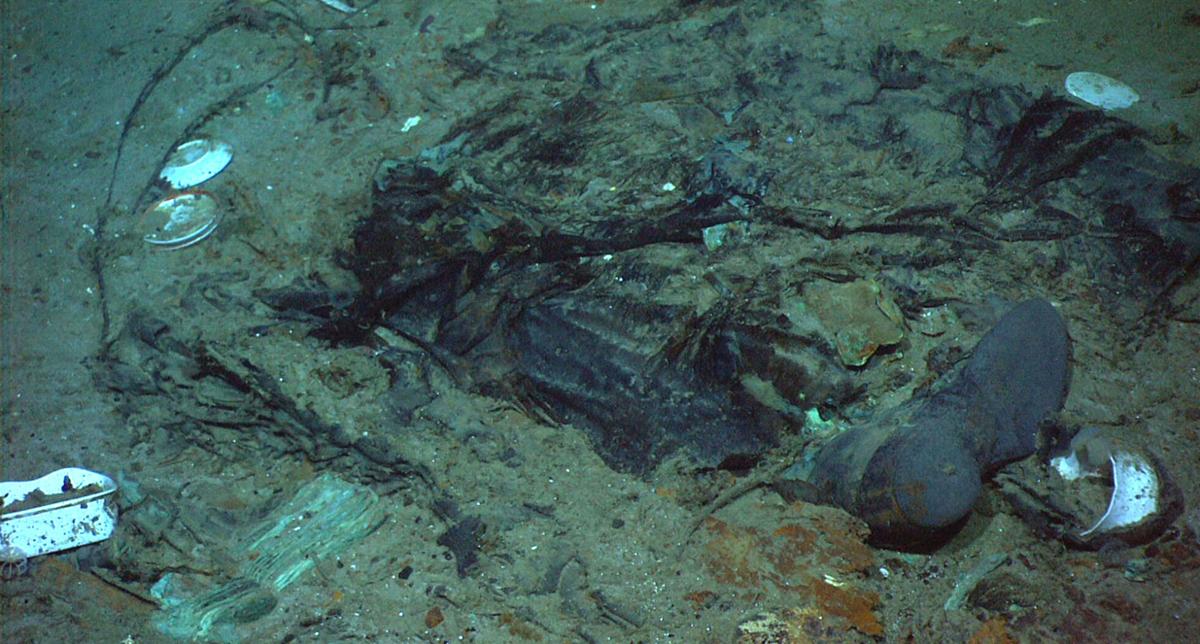 This 2004 photo, provided by the Institute for Exploration, Center for Archaeological Oceanography/University of Rhode Island/NOAA Office of Ocean Exploration, shows the remains of a coat and boots in the mud on the sea bed near the Titanic's stern.