CAIRNS, Australia — Researchers have captured beautiful aerial footage of thousands of green turtles congregating on the edge of Australia's Great Barrier Reef during the nesting season.

Scientists from Queensland Government's Department of Environment and Science (DES) captured the footage using a drone at the world's largest green turtle rookery at Raine Island, a vegetated coral cay about 385 miles northwest of Cairns.

Green turtles, named after the color of their cartilage and fat, are found mostly in tropical and subtropical waters and migrate long distances between feeding grounds and the beaches where they emerged as hatchlings, some 35 years after they were born.

The creatures are endangered and are under threat due to hunting, overharvesting of their eggs, loss of beach nesting sites and becoming trapped in fishing apparatus.

Raine Island is the biggest remaining turtle rookery in the world, but despite attracting a "massive aggregation" of the creatures, scientists noticed that they were not reproducing as expected due to nests flooding and inhospitable terrain.

"We sort of became aware that although there's these massive aggregations, the actual reproduction isn't working so well," Dr. Andrew Dunstan, from the DES, told CNN Tuesday, explaining that his team noticed turtles were falling off cliffs, becoming trapped in the heat and suffering flooding in their nests.

After implementing a series of interventions to help the struggling turtles, scientists then sought to track the population.

In research conducted in December and published in scientific journal PLOS ONE on Thursday, they found that using drones — or Unmanned Aerial Vehicles (UAVs) — was the most accurate way of documenting the endangered sea creatures.

In order to count the creatures, researchers had initially painted the turtles' shells with a white stripe of non-toxic paint while they gathered on the beach and then waited for them to return to the water.

When they tried to count the turtles from the boat, they found that they came away with biased results. For accuracy and ease, scientists deployed drones to film the creatures.

"Trying to accurately count thousands of painted and unpainted turtles from a small boat in rough weather was difficult. Using a drone is easier, safer, much more accurate, and the data can be immediately and permanently stored," Dunstan, senior research scientist and lead author of the paper, said in a statement.

Using drones, the team revealed up to 64,000 turtles swimming around the island waiting to come ashore to lay their eggs.

"We were underestimating that a lot. We're finding 1.73 times as many turtles with the drone as we do when we directly compare with the observer counts," Dunstan told CNN, adding that the team can now go back and adjust historic population estimates.

Researchers plan to use the results to understand and manage the turtle population and hope that in the future they will be able to automate the counts from video footage using artificial intelligence.

Melania Trump statue in Slovenia removed after being set on fire

The statue, located near the hometown of the first lady, was set alight on July 4.

LONDON (AP) — Johnny Depp said in a London court on Friday that he was left embittered by ex-wife Amber Heard's claims he abused her, which turned him from “Cinderella to Quasimodo” in the public eye.

Police in Australia say a man was driving on a highway at about 60 mph when he saw a reptile in the vehicle: a highly venomous eastern brown snake.

The 43 students from a teacher's college in Guerrero state suddenly disappeared on September 26, 2014.

Scenes from hell: A look back at Europe's only post-WWII genocide, 25 years later

It's been 25 years since the slaughter of men and boys in the eastern Bosnian town of Srebrenica.

The men were found guilty of locking children in solitary isolation for up to 10 days at a self-proclaimed internet addiction treatment facility in southeastern China.

LONDON (AP) — Johnny Depp said Tuesday that ex-wife Amber Heard had made “sick” claims of abuse and falsely branded him a monster, as the actor testified in a U.K. libel case that hinges on who was the aggressor in the celebrity couple’s violent, toxic relationship

The latest sighting is proof that Cross River gorillas are "well protected and reproducing," after decades of being targeted by hunters

Little to celebrate in Pamplona with no running of the bulls

PAMPLONA, Spain (AP) — Residents in Spain’s northern city of Pamplona dressed up Monday in white clothes and traditional red scarves to mark what should have been the start of their annual San Fermín festival, which was cancelled this year due to the coronavirus pandemic.

Merkel: You can't fight the pandemic with lies

Merkel: You can't fight the pandemic with lies 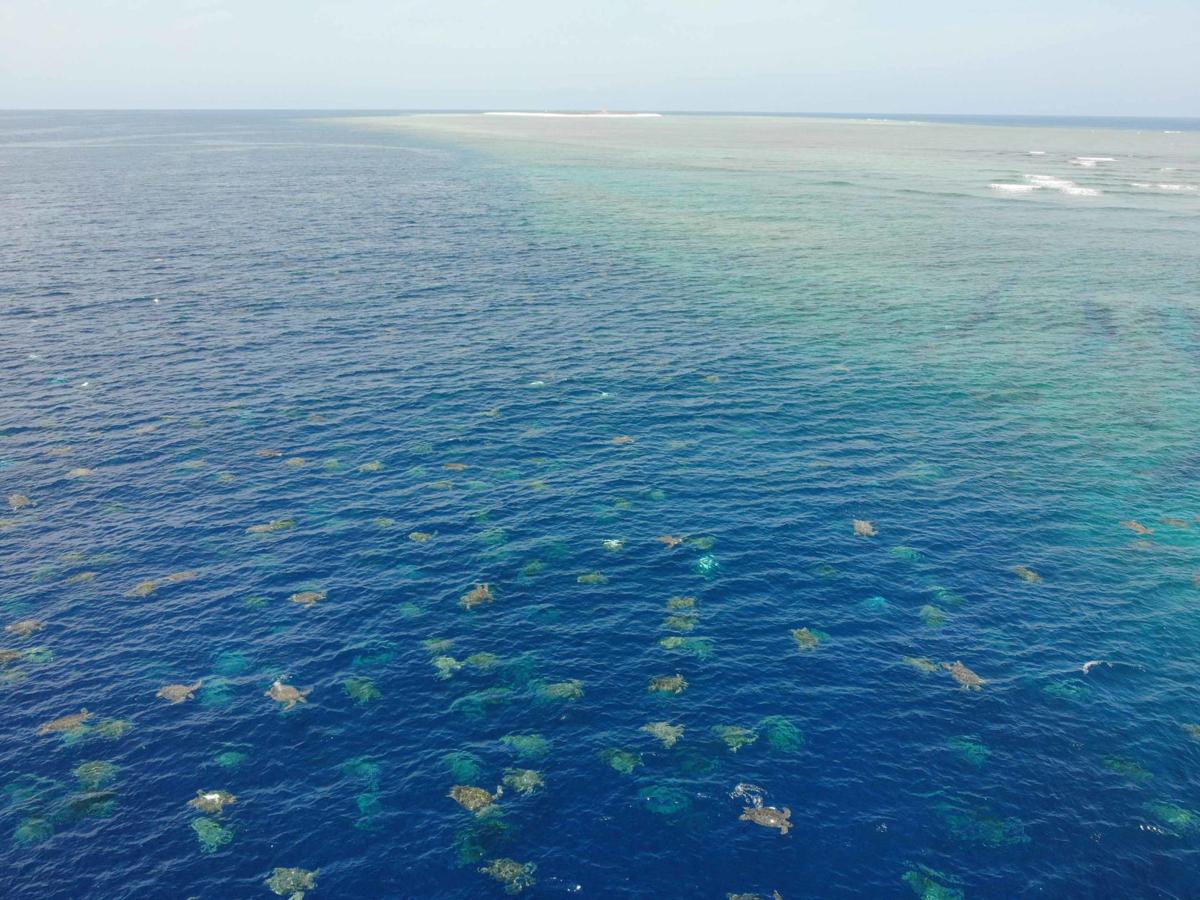 Thousands of turtles nest at Raine Island, a vegetated coral cay off the coast of Australia. 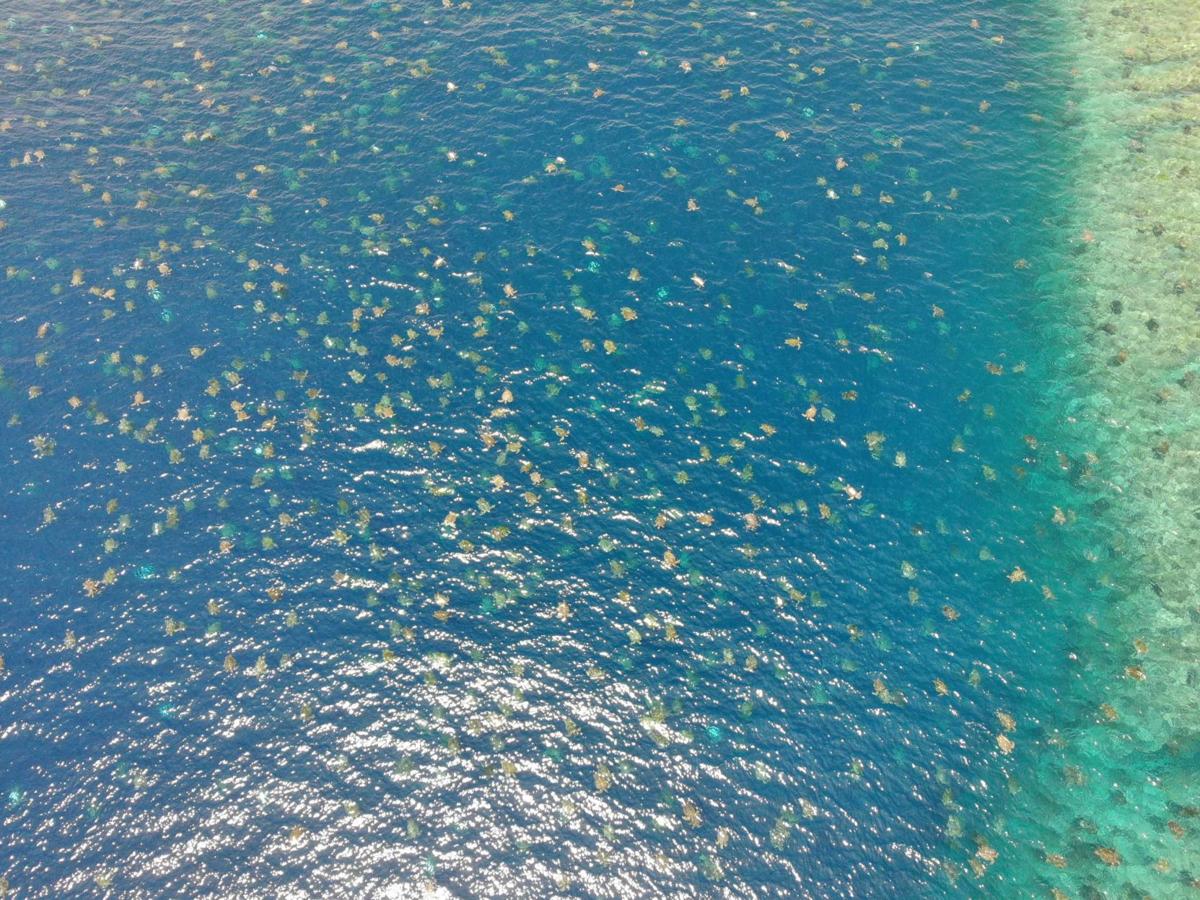 Thousands of turtles nest at Raine Island off the coast of Australia. 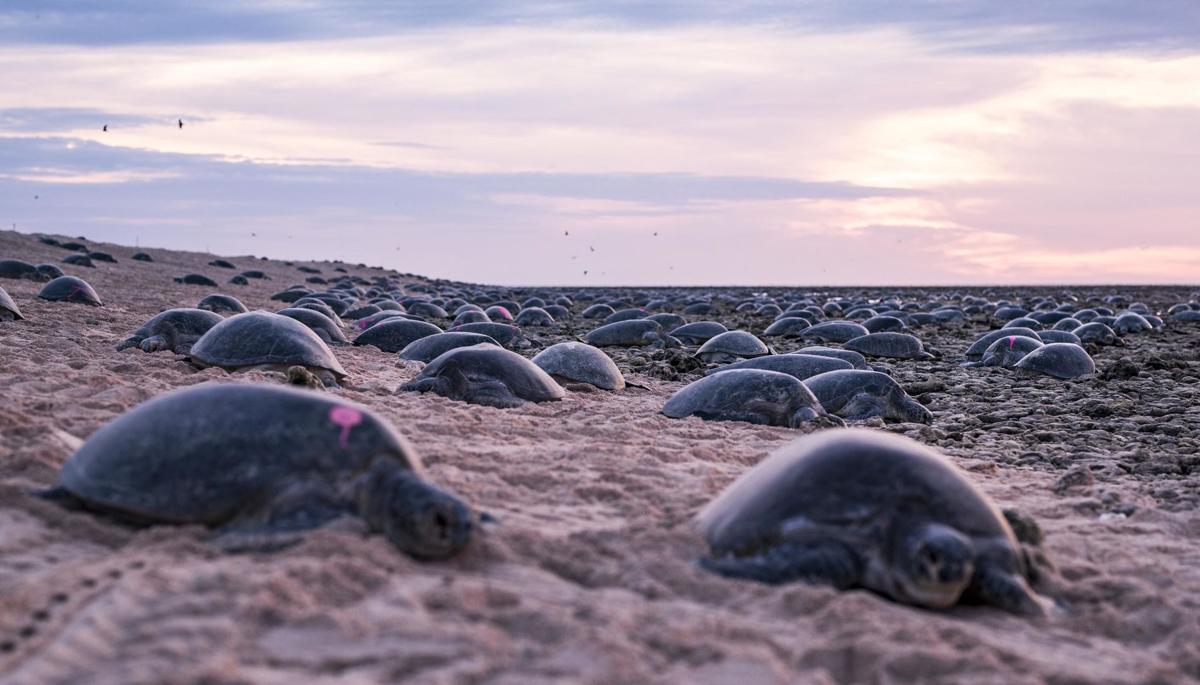 Green turtles are endangered because of hunting, harvesting of their eggs, loss of nesting habitat and becoming trapped in fishing equipment.