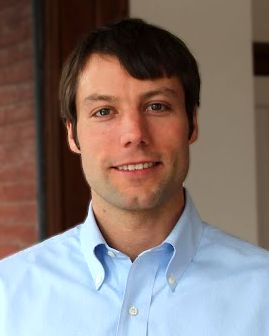 As Congress is in crisis, some senators suggest fundamental changes that would forever alter that esteemed body. Montana Sen. Steve Daines has dramatically proposed getting rid of the historic Senate filibuster rule:

"These are archaic rules from the past that are creating, are going to create barriers for the Senate to act on behalf of the American people. It is time to blow up the filibuster. ... I was pleased to see the president tweet that out."

Under Daines’ proposal any legislation could pass the Senate by a simple majority vote. That would hurt Montana, harm America and doom efforts to build bipartisan consensus to solve major problems. So, we started drafting a column in opposition to Daines’ view.

But before we were done, Arizona’s 30-year Sen. John McCain, genuine American hero recently diagnosed with deadly brain cancer, returned to the Senate to offer a stunning and passionate view that starkly contrasts with the views of our junior senator. So we slashed our draft to make room for excerpts from McCain’s remarks.

After reading McCain’s views, if you feel Montana’s congressional delegation should be working for more bipartisan cooperation and thoughtful action, you might want to let Daines know that.

“Our responsibilities are important, vitally important … and our arcane rules and customs [which include the filibuster] are deliberately intended to require broad cooperation … The most revered members of this institution accepted the necessity of compromise in order to make incremental progress on solving America’s problems …

“… the exercise of all our responsibilities – authorizing government policies, appropriating the funds to implement them, exercising our advice and consent role – are often lively and interesting. They can be sincere and principled. But they are more partisan, more tribal more of the time than any other time I remember…

“Incremental progress, compromises that each side criticizes but also accepts … isn’t glamorous or exciting. It doesn’t feel like a political triumph. But it’s usually the most we can expect from our system of government, operating in a country as diverse and quarrelsome and free as ours…

“I hope we can again rely on humility, on our need to cooperate, on our dependence on each other to … better serve the people who elected us…

“This place is important. The work we do is important. Our strange rules and seemingly eccentric practices that slow our proceedings and insist on our cooperation are important. Our founders envisioned the Senate as the more deliberative, careful body that operates at a greater distance than the other body from the public passions of the hour…”

Daines’ idea to get rid of the filibuster could fundamentally change the Senate from the “world’s most deliberative legislative body” to a vehicle of quick action on whatever radical agenda might emerge from the passionate political arena. By design of our Founding Fathers, that is the planned role of the House of Representatives, not the Senate.

Anyone with historical perspective understands the value of the Senate being slower and more dispassionate – that smaller states, by constitutional right of state sovereignty, have a stronger voice in the Senate than in the population-driven House. They understand the filibuster is part of ensuring the structure that not only empowers smaller states like Montana but also guarantees deliberativeness in the Senate.

Senator Daines needs to consider history before his 2012 election and drop this crazy idea of getting rid of the filibuster so we might have a Senate like Senator McCain so compellingly advocates.

Submit a letter to the editor

Letters to the editor on topics of general interest are welcomed and encouraged.