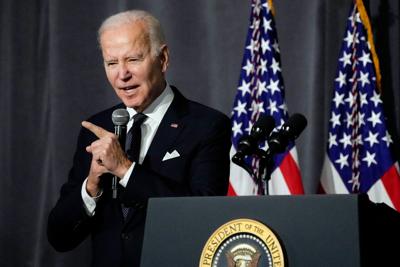 At the midpoint of President Joe Biden’s first term, he deserves a solid “A” for turning the economy around, getting the pandemic and inflation under control, and encouraging a rapid transition to clean energy. No president since Lyndon Johnson has as much to show for his first two years in office. Unlike Johnson, Biden managed to push key legislation with a tiny majority in the House and the thinnest possible margin in the Senate.

Biden’s first significant accomplishment was the passage of the American Rescue Plan, which was designed to protect people from the effect of the pandemic and quickly get the economy back to full employment. At $1.7 trillion, it was a bold measure. Many economists thought it was too large, including some prominent Democratic economists.

The American Rescue Plan succeeded in producing rapid growth and getting unemployment down to half-century lows. It also put a lot of money in people’s bank accounts, with most households seeing their savings increase during the pandemic.

The Rescue Plan provided the funding needed for a quick rollout of the COVID vaccines. It gave state and local governments the money needed for measures such as improving school ventilation. It had a huge effect on reducing child poverty by including an expanded child tax credit. Unfortunately, Congress allowed this credit to lapse after one year.

Next, Biden managed to get through a bipartisan infrastructure modernization bill. This made good on a campaign promise by former President Donald Trump. It provided more than $1 trillion over the next decade to finance improvements in the country’s roads, bridges, clean drinking water, high-speed internet and a national network of electric car charging stations.

Biden scored another bipartisan victory last summer when he got Congress to pass the CHIPS Act. This provided funding for the research and development of cutting-edge semiconductors and incentives for manufacturing them in the United States.

His final and perhaps most important legislative victory was the Inflation Reduction Act. This was a far-reaching bill that lowered prescription drug prices, increased funding for the Internal Revenue Service and gave substantial subsidies for buying electric cars and converting to clean energy.

It also included a modest increase in corporate taxes by taxing the buyback of shares for the first time. This raises revenue and could presage a larger shift toward basing the corporate income tax on returns to shareholders.

These bills set the stage for further actions. In the case of prescription drugs, we are moving away from giving drug companies patent monopolies and letting them charge whatever they want. Like the rest of the world, we are restricting their monopolies. In the case of chip manufacturers, some have announced plans to build plants in the United States. Most important, all of the big auto manufacturers have committed themselves to a rollout of electric vehicles over the next few years. There will be no turning back.

Of course, things can always be better. Government funding for developing advanced chips or promoting clean energy should have had requirements that the technology be freely available without patent monopolies or other protections. That way, it would be cheaper and spread more quickly, and we would not be worsening inequality by making the beneficiaries very rich, as happened with the COVID vaccines. But we can fight this battle later.

Many people seem to think the economy is doing poorly even though the economic data for jobs, wages and income are positive. The endless negativism in the media contributes to this.

An old saying is that economists look at what people do, not what they say. If we look at what they do, we see people buying houses, cars, appliances and other big-ticket items at high rates. They also go to restaurants far more than before the pandemic.

Regardless of what they tell pollsters, people are telling us with their actions that they feel pretty good about the economy. And Biden deserves much of the credit.

Baker is an economist and co-founder of the Center for Economic and Policy Research: baker@cepr.net. He wrote this for InsideSources.com.

The Biden administration has touted the return of diplomacy while failing to meaningfully deliver on this tenet in many ways.