As we witness the defacing and destruction of our historical symbols and monuments, it is evident that there is a concerted effort to annihilate any remnant of our history. Those who have stolen a legitimate concern for equal justice under the law are no longer in the shadows but are brazenly disrupting our major cities with their Marxist, communist agenda to “transform” America. Unfortunately, we have willing accomplices in positions of power assisting in this endeavor.

The images before us are a stark reminder that American education has failed us. We no longer educate; we indoctrinate.

"The best means of forming a virtuous and happy people will be found in the right education of youth. Without this foundation, every other means, in my opinion, must fail." — George Washington.

20th century historians like Charles Beard, Henry Steele Commager and many textbook writers have tried to alter America's heritage in favor of a secular humanist creed diametrically opposed to our Declaration of Independence. Alexander Solzhenitsyn stated that "To destroy a people you must first sever their roots." America's educational system has been under assault to accomplish that goal for decades.

Quality education has been part of the “American Dream” since the first individuals stepped upon the shores of New England in 1620. After spending 11 years in preparation for their first voyage, the Puritans finally left Holland where their children were negatively influenced by the Dutch.

Education was the first order of business for families coming to the New World. Education was so important to the Puritans that over 100 men with university educations left Europe to become teachers and pastors in the New World. By 1636 the new Americans established Harvard, where ministers were trained. Classes for new immigrants included reading of the scriptures, history, literature, theology, mathematics, science, calculus, geometry and astronomy. They believed that to develop this new world, it was better to educate "many." Europe typically limited education to the few who could afford it. The Puritans understood that establishing a government, required an educated people.

Today, “conventional wisdom” places the responsibility for education on the government. Education in colonial times fell primarily on the parents. This parental responsibility was understood.

In 1800 President Jefferson conducted a study on education. It concluded that the literacy rate was better than 99%. President Jefferson stated, "not more than four people in 100 are unable to write legibly — even neatly." He gave credit to the fathers who regularly read aloud to their children. Local newspapers included narratives on many issues, and excerpts from great books. Education was provided in the home, or by the community under parental oversight.

In 1830, Alexis Tocqueville reported: "There has never been, under the sun, a people as enlightened as the population of the United States."

In 2020 grades K-12 are no longer under the domain of church, family and community. Instead, a Department of Education, the Supreme Court, or U.S. Congress ultimately control the curriculum. Many parents have relinquished their responsibility to the government, not realizing what their children are being taught. If parents do object to a radical curriculum, what options do they have? Shouldn’t parents have the opportunity to choose what education is best for their children in Montana — in America?

For far too long American schools have been bastions of indoctrination. This has been the norm in colleges and universities for decades. Unfortunately, it is now permeating the primary and elementary grades.

"Think about every problem, every challenge, we face. The solution to each starts with education." — George H.W. Bush

Gary and Joan Carlson write from the Bitterroot Valley. Their columns appear every other Tuesday on the Missoulian's Opinion page. They can be reached by email at garykcarlson11@gmail.com.

Rob Chaney’s Sept. 20, article about big wildfire seasons got it right when he quoted Dr. Higuera, an associate professor of fire ecology at t…

It’s time to put to rest the myth that the solution to the West’s wildfire crisis is more logging.

Trump’s 'herd mentality' won’t save us

Ochenski opinion: The “herd mentality” of those who believe the president's baseless drivel may, in fact, doom us.

Remember "Reefer Madness"? Now a cult classic, the movie was produced in the 1930s, warning people away from marijuana. We have known for a lo…

Self-responsibility and the conservation of grizzly bears

Randy Newberg doesn’t carry a sidearm. Clocking some 100 days every year exploring the unbound — and often bear-laden — pockets of the America…

Extending the glide: A faith-based response to climate collapse

It is time we acknowledge our sacred obligation to live in a much more awake and openhearted way. We need to come to terms with the brutal truth that the worst, most horrific consequences of climate collapse are already baked in and unavoidable.

As Missoula grows, it is critical that everyone in our community has access to affordable, reliable transportation. That’s why, following the …

The other day, when my son and I were at Fort Missoula looking at the line of mountains in the distance, he innocently asked why one didn’t ha…

Whether absentee, vote by mail, or at the polls on Election Day, now is the time to take part in the democratic process. 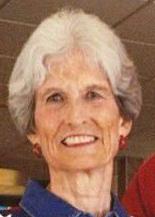