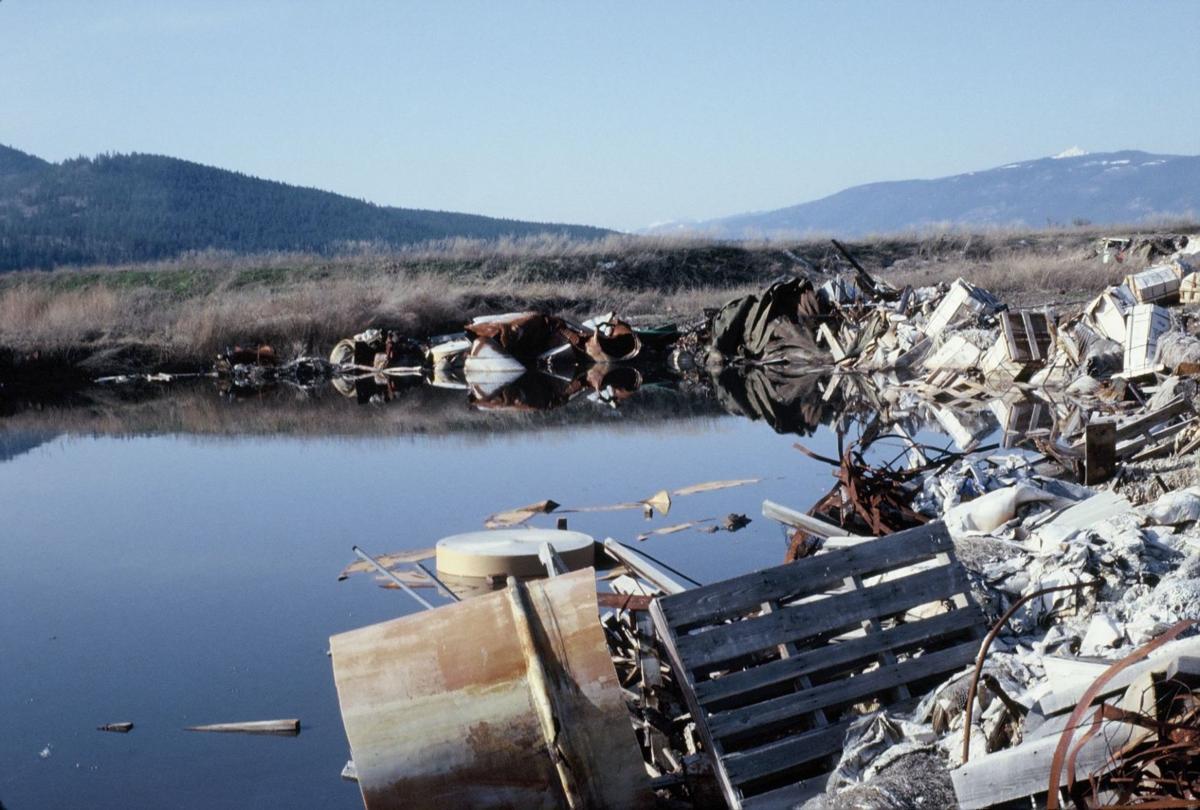 Peter Nielsen found this photo in Department of Environmental Quality files shortly after the mill closed in 2010. This was taken by an inspector for the DHES, DEQ's predecessor, in 1992. 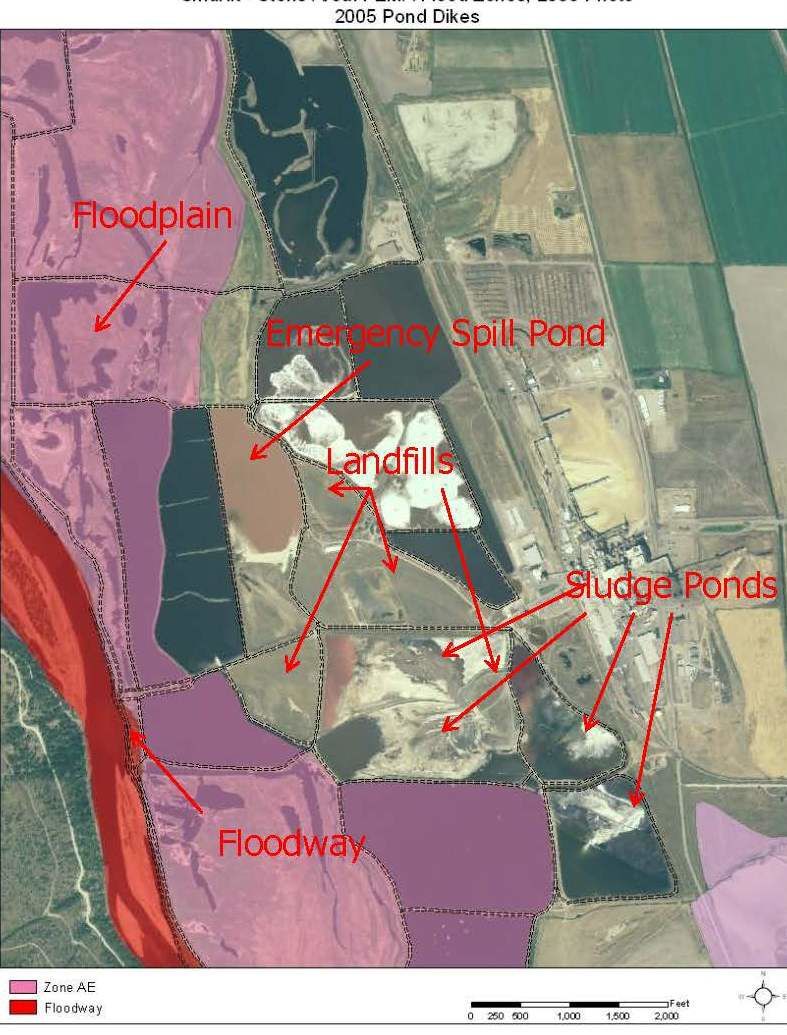 Peter Nielsen produced this image while working at the Water Quality District. It shows the location of the dumps in relation to the current delineate floodway and floodplain, which recognizes the internal gravel berms as a boundary contrary to FEMA guidance post-Katrina.

Ten years have passed since Smurfit closed the paper mill. Missoula County lost hundreds of jobs and a big chunk of tax base. I watched it unfold when I worked for Missoula County. We were in shock when the mill closed, but had high hopes that new owners would revitalize the area. Sadly, the site remains empty; no new jobs created. Instead, the mill’s past owners left us a big mess, and our state government and U.S. Environmental Protection Agency have done little to help.

People are right to be upset. Smurfit sold the mill to the Green Investment Group, which promised jobs manufacturing windmills. Smurfit was acquired by Rock-Tenn Corp., then merged with Westrock. With every step, they distanced themselves from environmental liability.

Turns out there never was a serious plan to redevelop this property. Unlike Bonner, where local investors partnered with the county to revitalize the mill, Smurfit sits abandoned. Buildings and equipment have been sold or demolished. Property taxes plummeted and went unpaid.

Smurfit made sure the mill could never be reopened, and its successors consolidated profitable operations in Georgia and Tennessee. Stock prices soared; CEOs and investors made millions. Frenchtown School and Rural Fire cut their budgets.

Meanwhile, Green Investment Group never delivered on its promises. All we have to show is a proposed gravel pit. They came to Montana promising jobs, but asked for handouts. In Ohio, they convinced the state to clean up a former Smurfit mill at taxpayer expense. Their real purpose was to shield Smurfit from liability.

Ten years later, the prospect of cleanup and redevelopment appear distant and uncertain. Sampling of the dumps has been sparse compared to other sites like White Pine Sash, Bonner Mill or Milltown. PCBs were found in two places in limited initial sampling. But only small areas where the samples were found were dug up, with no further sampling of similar areas nearby. If PCBs remain, they will be left for unwitting future property owners when they dig foundations for new buildings.

While the mill was open, state regulators turned a blind eye to the dumps. They failed to regulate the dumps, contrary to the law. These dumps were never constructed, permitted, operated or monitored as landfills. Maybe the bureaucrats were trying to protect the mill and save jobs. But now the jobs, mill and tax base are gone. Yet the dumps remain.

The dumps span 140 acres — big enough to cover the University of Montana campus. They are buried in groundwater, and contain everything the mill disposed from 1957 to 1992: sludge, fly ash, industrial waste, and drums with unknown contents. Arsenic, manganese, dioxins and metals are leaching into the groundwater that flows to the river. The only thing separating the dumps from the force of the Clark Fork are flimsy gravel berms. A big flood will happen someday, and it won’t be pretty.

If these dumps were at the state capitol, they would have been cleaned up long ago. Rural Frenchtown doesn’t seem to have enough political sway. But our state government helped create this problem, and should be working hard to fix it. Those who tore down the mill took our jobs and tax base, left us a big mess, and a mill site too contaminated to redevelop. They can well afford to come back now and clean up their mess.

We don’t need 10 more years of study to clean up these dumps. Let’s get started now, put people back to work and protect the river.

Peter Nielsen worked for 32 years protecting water resources in Missoula with the Water Quality District and Clark Fork Coalition before retiring in 2018.

This figure was produced by the Missoula Valley Water Quality District. It shows the land area covered by the various dumps at Smurfit overla…

Peter Nielsen found this photo in Department of Environmental Quality files shortly after the mill closed in 2010. This was taken by an inspector for the DHES, DEQ's predecessor, in 1992.

Peter Nielsen produced this image while working at the Water Quality District. It shows the location of the dumps in relation to the current delineate floodway and floodplain, which recognizes the internal gravel berms as a boundary contrary to FEMA guidance post-Katrina. 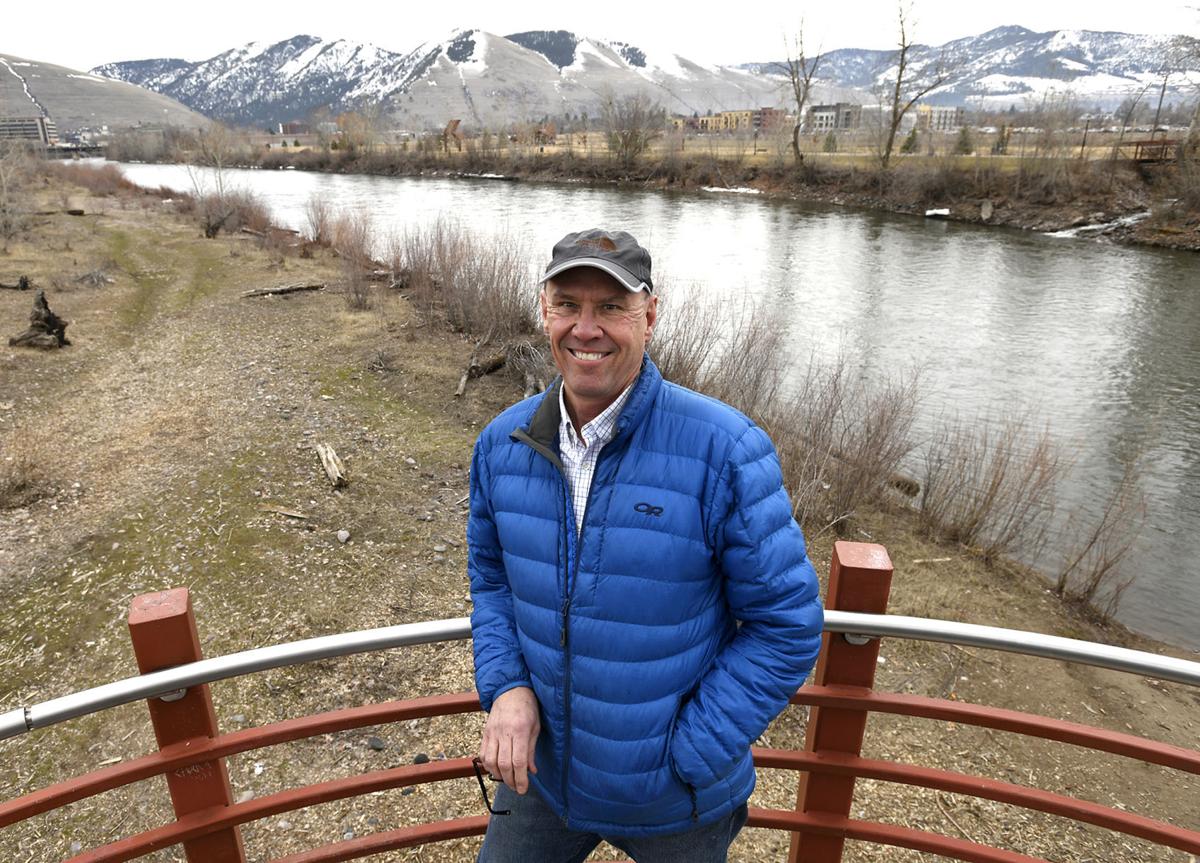