Yellowstone Caldera Chronicles is a weekly column written by scientists and collaborators of the Yellowstone Volcano Observatory. This week's contribution is from Lisa Morgan, emeritus research geologist with the U.S. Geological Survey.

These explosions occurred thousands of years ago and were extreme events where boiling water, steam, hot mud, and rock fragments up to several meters in diameter were ejected hundreds of meters above the crater and rained down on the landscape. Visitors can see those craters today, but what about those craters that can’t be easily seen beneath the waters of Yellowstone Lake?

Until a detailed bathymetric mapping campaign coupled with collection of seismic reflection profiles in 1999-2003, the large (838-meter-diameter) Elliott’s Crater hydrothermal explosion crater in the northern part of the lake was unknown.

The crater, named after Henry Elliott, the first to conduct soundings on Yellowstone Lake as part of the 1871 Hayden Survey, is a large feature in the northern lake. Despite the crater being less than 2 kilometers south of the northern lake shoreline, no deposits from this explosion have been mapped on land, whereas hydrothermal explosion deposits from the 13,000 year old Mary Bay, the 9,400 year old Turbid Lake, and the 2,900 year old Indian Pond explosion events are well exposed.

Recent piston coring efforts of the lake floor, done as part of the National Science Foundation-funded, and USGS- and National Park Service-supported, Hydrothermal Dynamics of Yellowstone Lake project, have identified a set of fining-upward sedimentary sequences tens of centimeters below the Mazama ash (which was deposited when Crater Lake formed in Oregon 7,600 years ago).

The age of the Elliott’s Crater explosion event originally was estimated to be 8,000 years based on assumed northern lake sedimentation rates (1 meter per 1,000 years) and thickness of deposits in the crater from seismic reflection profiles. In the sediment cores, stratigraphic position combined with new radiocarbon ages also support an age close to 8,000 years.

Composition, mineralogy, thickness, and distribution of the Elliott’s Crater explosion deposit prove that it originated at Elliott’s Crater, and physical sorting of the deposit indicates the explosion was deposited in water. This, plus studies of terraces north of the lake, indicate the explosion occurred under water at a depth of about 20 meters.

A detailed examination of the deposit reveals that the hydrothermal explosion generated at least three pulses, separated by 40-160 years. The first event produced the thickest and most coarse-grained deposit, showing that it was the most intense explosion. Each subsequent explosion decreased in intensity as reflected by decreasing clast size and thickness of the primary deposit.

Based on the distribution and cumulative thickness of the Elliott’s Crater explosion deposit, debris from the explosion was directed south and somewhat west of the source crater. Crater rim heights vary from north to south by about 6 to 10 meters and suggest an ejection angle that directed most of the deposit to the south. This explains why no exposures of the Elliott’s Crater deposit are along the northern shore of Yellowstone or along the eastern or western shorelines.

Today, Elliott’s Crater remains hydrothermally active. In fact, Elliott’s Crater contains several smaller craters on the western and southern areas of the crater floor. Recent imaging and sampling of active, hot hydrothermal vents inside and along the edge of Elliott’s Crater indicate this feature has been active for more than 8,000 years and will continue to be active into the future.

Exploration and discovery in Yellowstone Lake opens our eyes to previously unknown hydrothermal activity, and the lake sediments preserve features that cannot be studied by other means, allowing us to understand the processes that create these events.

Montana Wildlife Artistry taxidermy is preparing a life-sized mount of an unusual bighorn ram. The base of the ram's horns measured more than 16 inches and stretched out to 44 inches. It would have scored close to 206 inches under the Boone and Crockett scoring system — a trophy-class animal — if it weren’t for one large flaw. The ram has a baseball-sized gap burned into the back of the right horn.

The dry winter hasn’t gone unnoticed by skiers and snowboarders who saw delayed openings at several Montana ski hills. Thankfully, recent storms have been slowly but steadily building the snowpack.

Gov. Greg Gianforte has announced three nominees to one of Montana’s most closely watched public bodies, the Fish and Wildlife Commission.

An avalanche on Friday south of Cooke City swept three Bozeman-area skiers down Republic Mountain. One was seriously injured and had to be evacuated by helicopter and another was temporarily unconscious and not breathing, according to a report by the Gallatin National Forest Avalanche Center.

FWP and its partners developed the project to restore marten to the Little Belts because they are generally unable to disperse naturally across large expanses of non-forested habitat.

The fungus causes several problems, one of which is that it irritates bats, causing them to arouse early from hibernation and search for water and food. It is not known to affect humans, pets, livestock or other wildlife.

After scattering like wildfire in a gust of wind, 49 bighorn sheep have settled in to their new home in the Little Belt Mountains.

Study: Wildfires produced up to half of pollution in US West

Wildfire smoke accounted for up to half of all health-damaging small particle air pollution in the western U.S. in recent years as warming temperatures fueled more destructive blazes, according to a study released Monday.

Coyote howls echoed across the Shields Valley as we unpacked our gear in the failing daylight for a two-night stay at a 100-year-old Forest Service cabin.

Groups ask court to restore protections for US gray wolves

Wildlife advocates on Thursday asked a federal court to overturn a U.S. government decision that stripped Endangered Species Act protections for wolves across most of the nation. 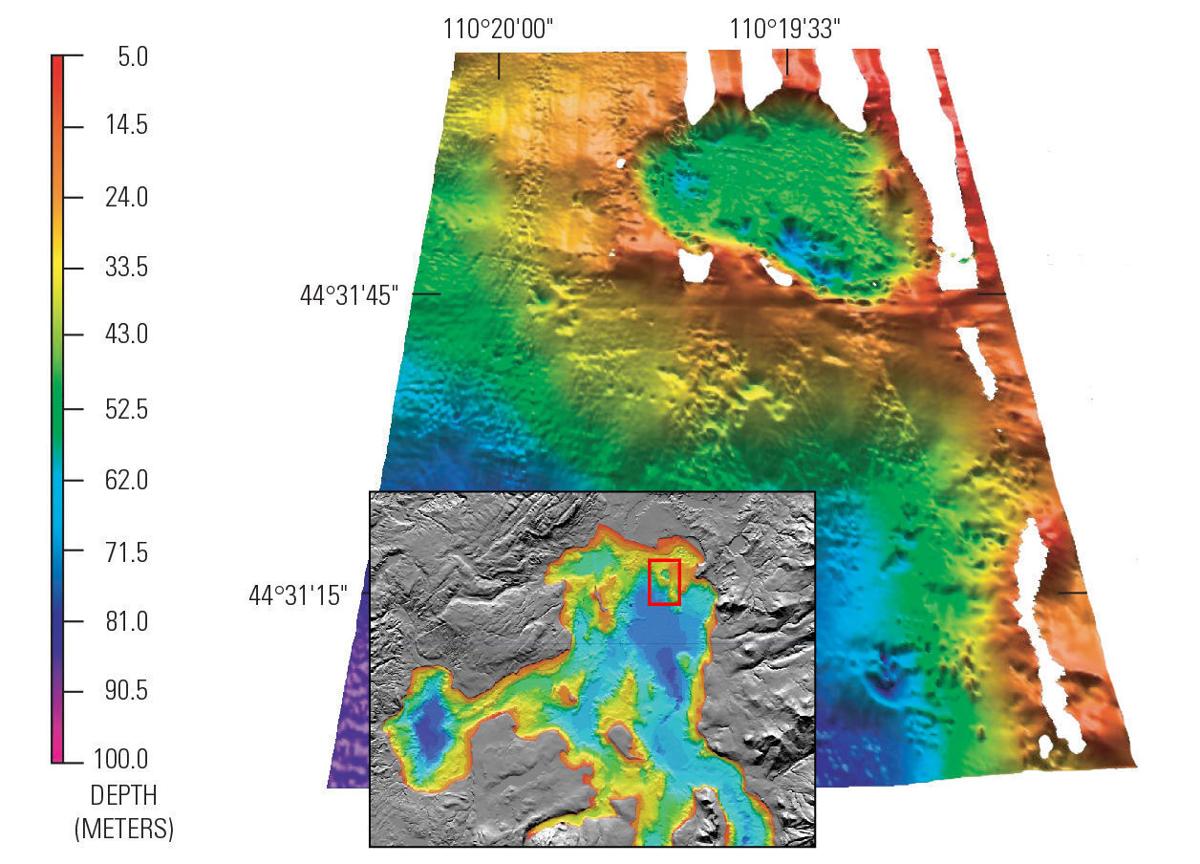 This swath bathymetric image reveals Elliott’s Crater explosion crater in Yellowstone Lake. Inset shows location of the crater and the swath image (red box) within the northern part of the lake. 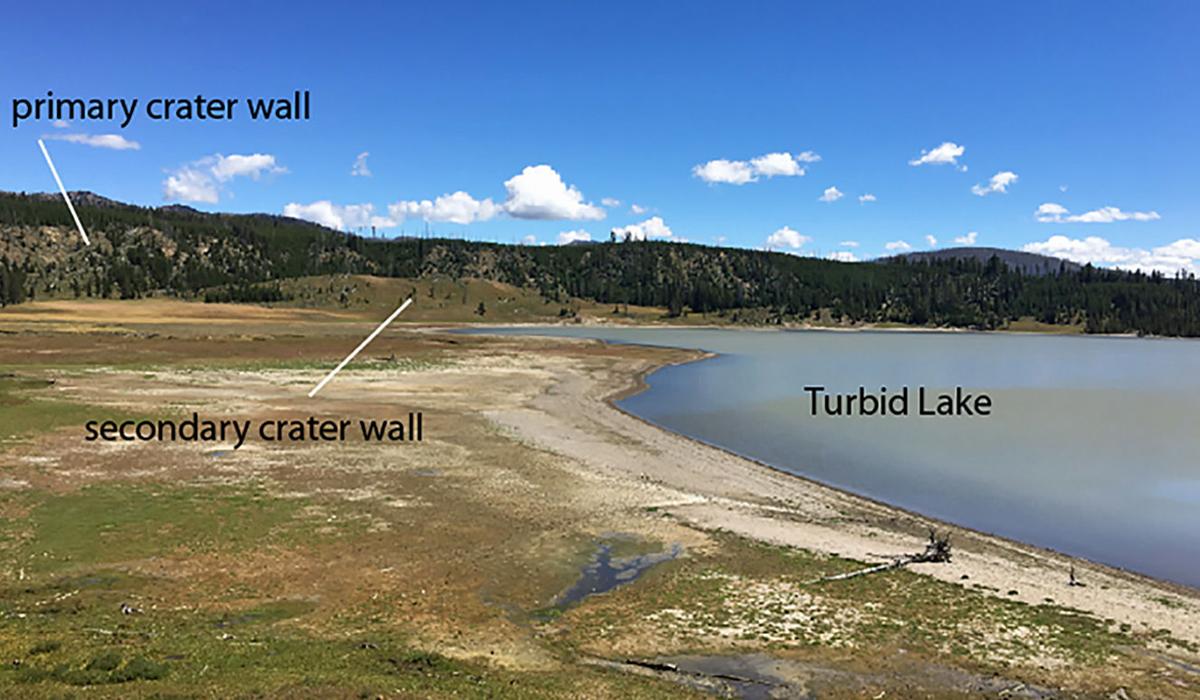