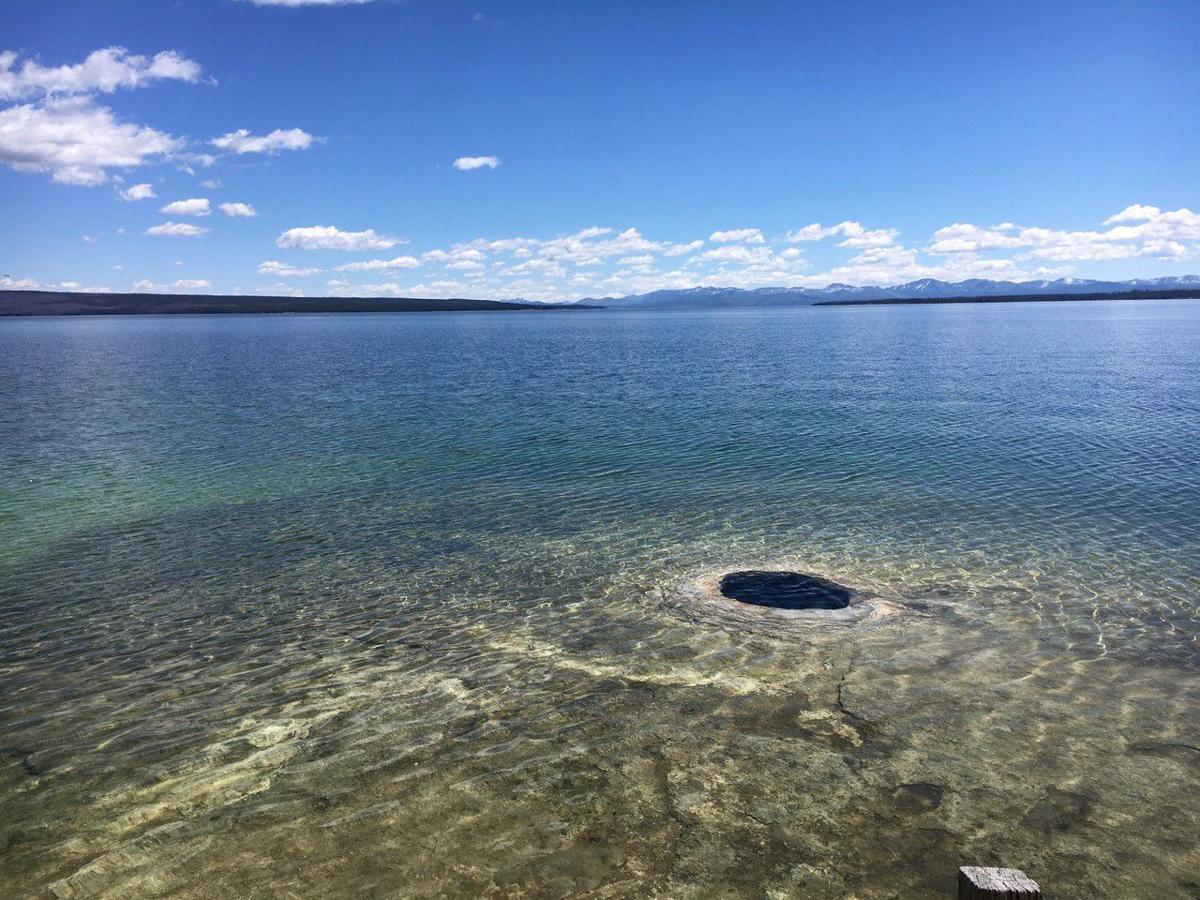 Fishing Cone, a small thermal feature near the shore of the West Thumb of Yellowstone Lake. 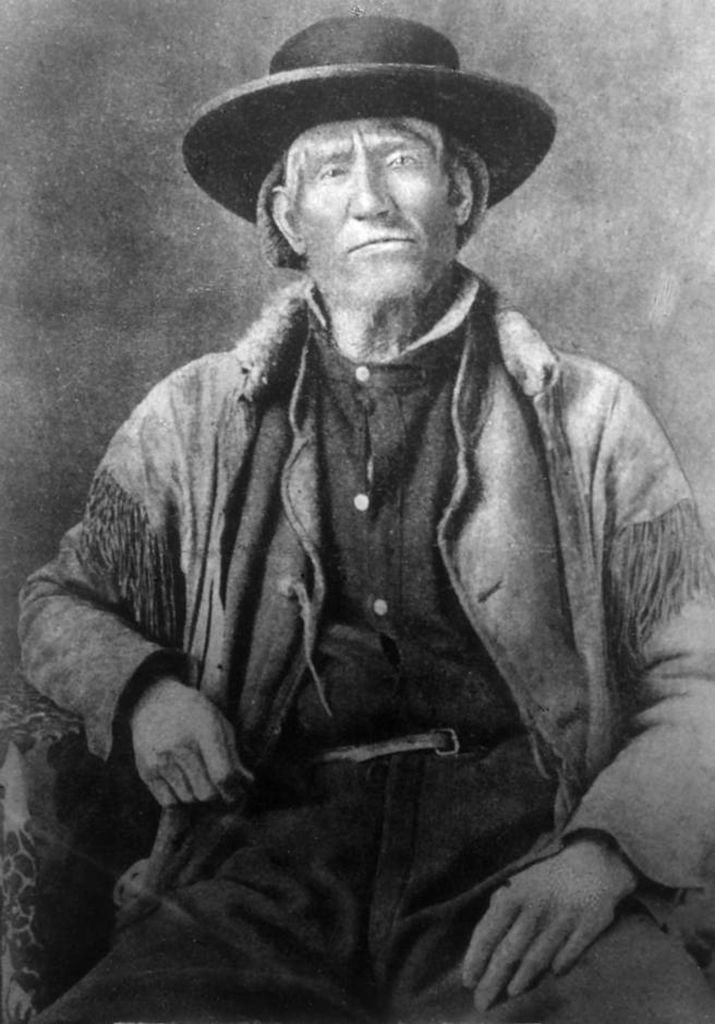 Yellowstone Caldera Chronicles is a weekly column written by scientists and collaborators of the Yellowstone Volcano Observatory. This week's contribution is from James Mauch, geologist with the Wyoming State Geological Survey.

Jim Bridger was born in Richmond, Virginia, in 1804. Soon after, his family moved to St. Louis where in 1822, Bridger, then a blacksmith’s apprentice, decided to join a fur trade expedition bound for the Missouri River. During his adventures in the American West, Bridger would be among one of the first European-Americans to witness the wonders of Yellowstone.

Bridger was known to stretch the truth, as was made clear by many of his tales regarding the Yellowstone wilderness. While Yellowstone is truly indescribable, Bridger often presented the region as a place of mystery and magic which, of course, did nothing to help convince anyone of Yellowstone’s existence. For example, Bridger once described a petrified forest in Yellowstone that was home to “petrified birds that sang petrified songs”.

Bridger would also tell tale of his hunt of a bull elk near what today is known as Obsidian Cliff. According to Bridger, every shot he fired at the elk caused not even the slightest movement. Eventually, he crept up on the elk and raised his rifle like a club, only to collide with a “mountain of clear glass” that was not only impenetrable but also acted as a lens, causing the elk to appear just a few feet from him when, in reality, it was miles away.

So how did Bridger ever find any food in the Yellowstone wilderness? He had an answer for that too. According to Bridger, there existed a lake of cool, trout-filled waters capped by a layer of hot water introduced from a nearby hot spring. When he needed a quick meal, Bridger would catch a trout and reel it in slowly, allowing time for it to cook as it passed through the overlying hot water. This actually may not be far off from the truth, as there are many areas in the park today where thermal features and trout-filled waters exist in close proximity.

Bridger would also tell of his favorite camping spot in Yellowstone, which was within sight of a great “flat-faced mountain.” The mountain was so far away that, according to Bridger, the echo from any sound in camp did not return for six hours. Every night before bed Bridger would yell out “time to get up” in the direction of the mountain and sure enough his voice would return to him in the early morning just when he needed to start the day.

Although known for his exaggerations, at least one of Bridger’s tales turned out to be true. On one expedition, Bridger found himself south of the park in the Jackson Hole valley where he stumbled upon a fork in a mountain stream. At this fork, Bridger explained, fish “swam across the continental divide”. Today, this region is known as North Two Ocean Creek, a small stream in the Bridger-Teton National Forest that divides into the Pacific Creek, which joins the Snake River, and the Atlantic Creek, which joins the Yellowstone River.

He often stretched the truth, but Bridger’s stories certainly painted a vivid picture of the Yellowstone region, exciting generations of travelers. The passing of over 150 years has done nothing to dull the magic and spectacle of Yellowstone, which remains difficult to believe even when standing next to the same roaring geysers and mountains of glass that Bridger experienced.

When John Jones and his crew at Half Yard Productions conceived a new television series on fossil hunting in the West, the hook turned out to be another iconic figure — cowboys.

Author chronicles 5 months on the Missouri River in dugout canoe

In the fourth round of surveillance testing for the novel coronavirus in Yellowstone National Park employees, all tests came back negative.

Fishing Cone, a small thermal feature near the shore of the West Thumb of Yellowstone Lake.