Coyote howls echoed across the Shields Valley as we unpacked our gear in the failing daylight for a two-night stay at a 100-year-old Forest Service cabin.

Situated at an elevation of 6,400 feet on the northwest side of the Crazy Mountains near Wilsall, Porcupine Cabin was the post-Christmas weekend destination for myself and four friends.

I’m not so sure it was the snow that brought me to a stop on the 16-mile drive in. More likely it was the fact that my Honda Accord has bald tires. So I ditched my car about a mile into the 1,000-foot climb and hitched a ride the rest of the way with my four-wheel drive-equipped friends.

After a straight shot up the snow-dusted dirt road, we weaved through a grove of trees and the 100-year-old cabin came into sight. The steep, snowy hillside of Bald Ridge rose behind the cabin, while below was an expansive view looking across the Shields Valley.

The cabin was built in 1914 after a previous structure burned down, according to the recreation.gov website. In 1934 the Civilian Conservation Corps remodeled the structure for use by Forest Service rangers. In snowier winters, visitors may have to ski, snowmobile or snowshoe in the last two miles, which is not plowed. A screened front porch faces the valley.

This being only my second stay in a Forest Service rental cabin, my comparative scope is quite narrow, but my immediate takeaways were the cabin is spacious and decked out beyond expectations considering its only $45 a night.

A clean vault toilet was a luxury, given the location.

Eight beds, two dining tables with enough seating for a small army, a pantry area stocked with cooking and dining gear, and all the accoutrements a cabin-goer could desire were available.

The wood-burning stove is sweat-through-your-shirt, strip-it-off-and-crack the-windows hot. That is significantly better than being huddled around an ineffective stove all night, which is the situation we found ourselves earlier in the year at West Bridger Creek Cabin.

Porcupine Cabin is a non-electric spot, so we were sure to bring enough lighting and power banks to last us through two nights of socializing and playing cards. A propane lantern was provided, though cabin guidelines curiously ask guests to refrain from using it indoors. Visitors have to pack in their own drinking water to this cabin, as well.

The following day we received a visitor in the form of a snowy white weasel. While not certain, I think it was a least weasel — North America’s smallest carnivorous mammal. Whatever it was, that tiny creature, with its beady eyes and pink button nose, truly defined the verb “weasel” when it manifested from a tiny crack in the door frame.

Our presence caught it off guard, as it gave us a puppy dog head-tilted-sideways glance before scurrying behind a desk, only to return, take one last look and then scoot back through the crack from whence it came. If only I had my camera at the ready.

The first half-mile travels east toward the mountains through pine trees and maxes out at a tough 31% grade. At about the one-mile mark hikers reach Bald Ridge before the trail levels out and drops into the South Fork of the Shields River for eight miles. I stopped my hike at the ridge because the snow began to deepen, but one of the couples I was with went further up and said the top of the ridge provides a beautiful view of surrounding peaks like Sugarloaf Mountain and Black Peak.

We had plans to cross country ski that day, which would have been my first time, but Mother Nature had other ideas. As of late December the dry winter had hardly spit any snow onto the Crazy foothills, so I resorted to plopping around the vicinity of the cabin for a bit to get a feel for what cross country skiing is all about. Verdict: I don’t yet get it.

Our second evening at the cabin was more restful. Watching the day turn to night over the Shields Valley is a view to behold, with the Bridger Mountains some 25 miles to the west changing colors and the glowing lights of Wilsall slowly coming into view as darkness takes hold. It seems the cabin is as equally equipped for peaceful meditation as it is for debauchery with old friends.

On the morning of our departure, I woke up early to have coffee and watch the sun rise from the fire pit out front of the cabin. It was serene. The view of the Bridgers was inspiring, and watching a wall of sunlight race toward us through the Shields Valley was incredible. We had the cabin cleaned up and were ready to go early. As we loaded our last belongings into vehicles, a group of snowshoers arrived, ready to take up temporary residence.

Porcupine Cabin is a welcoming respite from reality, conveniently located between Billings and Bozeman.

The Forest Service rental cabin is well equipped to serve the needs of families and groups looking for a weekend getaway, and it is a perfectly situated home base for outdoors people who wants to explore the Crazy Mountains.

To reserve the cabin, or any of the other rentals the Forest Service provides, log on to recreation.gov. The site provides info on each cabin, such as what services are provided — like a latrine — and which are not — like running water.

Porcupine Cabin is so popular that it’s already booked up on weekends. So if you’re looking to visit, a weekday visit is more likely to be possible. 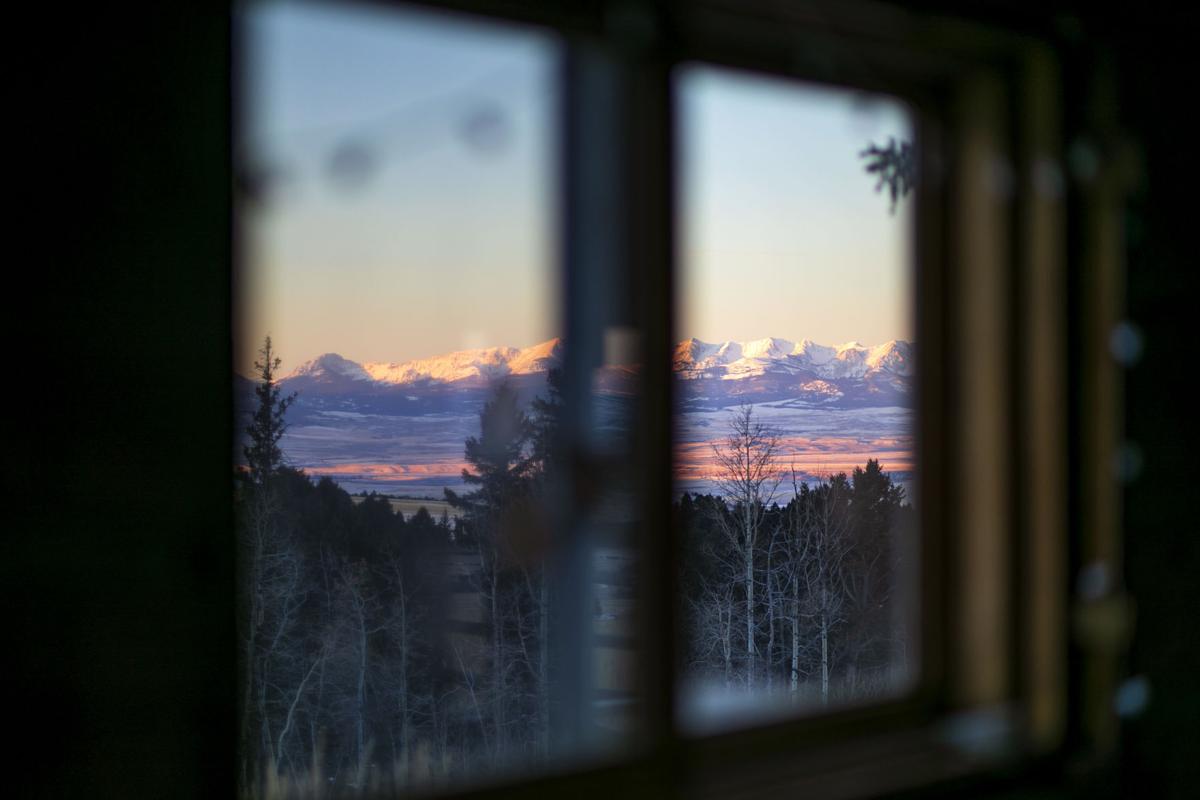 The morning sunlight rakes across the top of the Bridger Mountains, as seen through a south window of Porcupine Cabin. A wall of sunlight could be seen racing across the Shields Valley and toward the cabin as the sun rose above the Crazy Mountains. 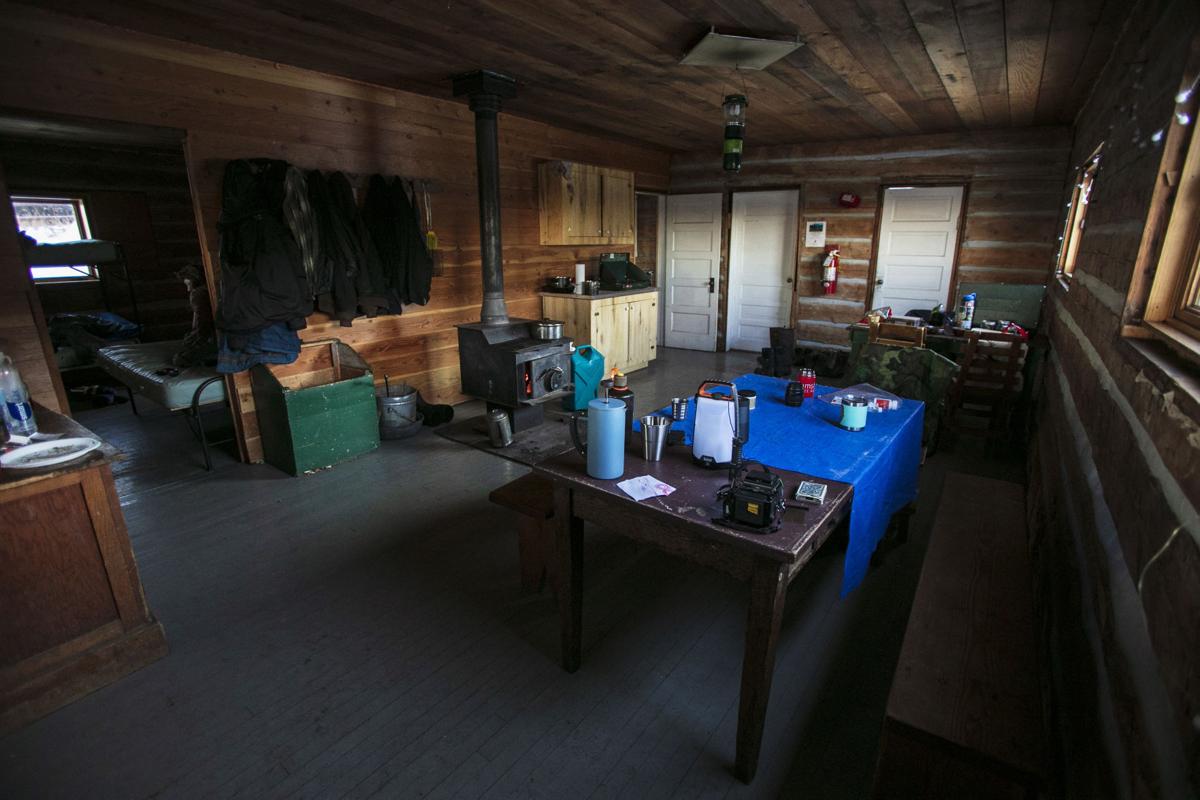 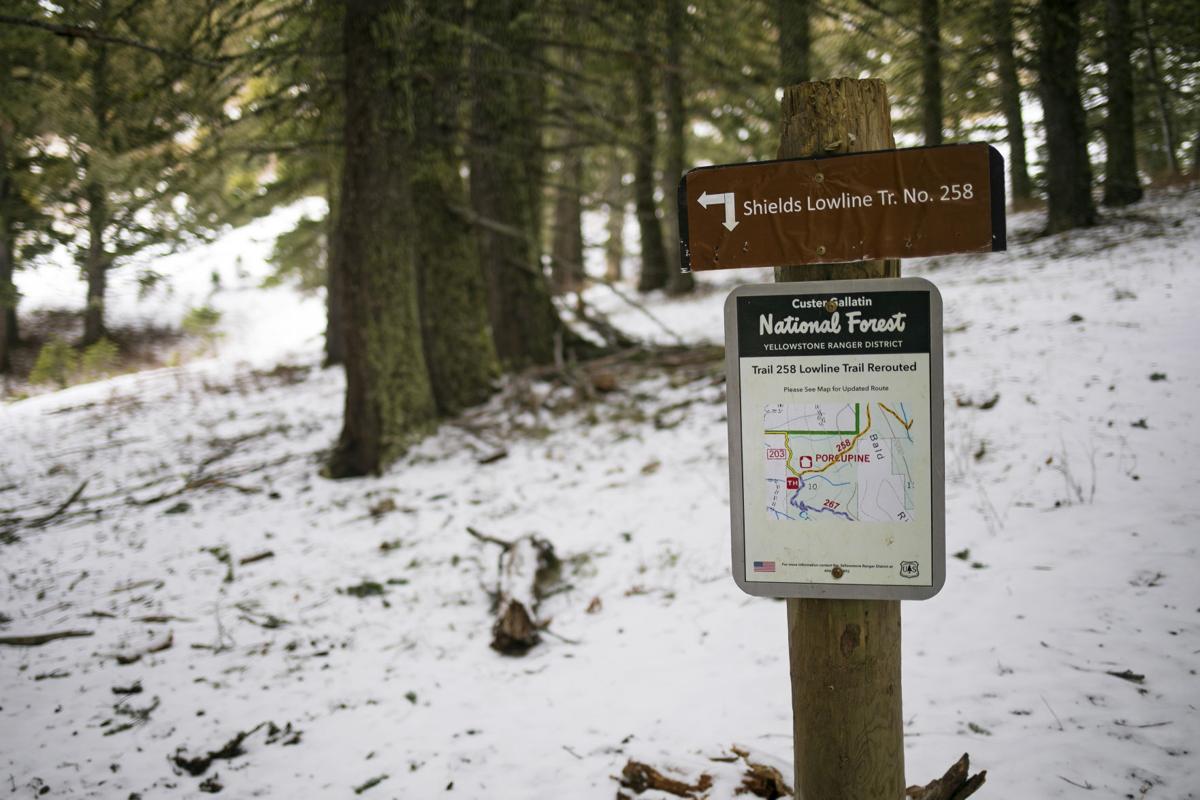 A signpost about half a mile east of Porcupine Cabin shows the route of Shields Lowline Trail No. 258. 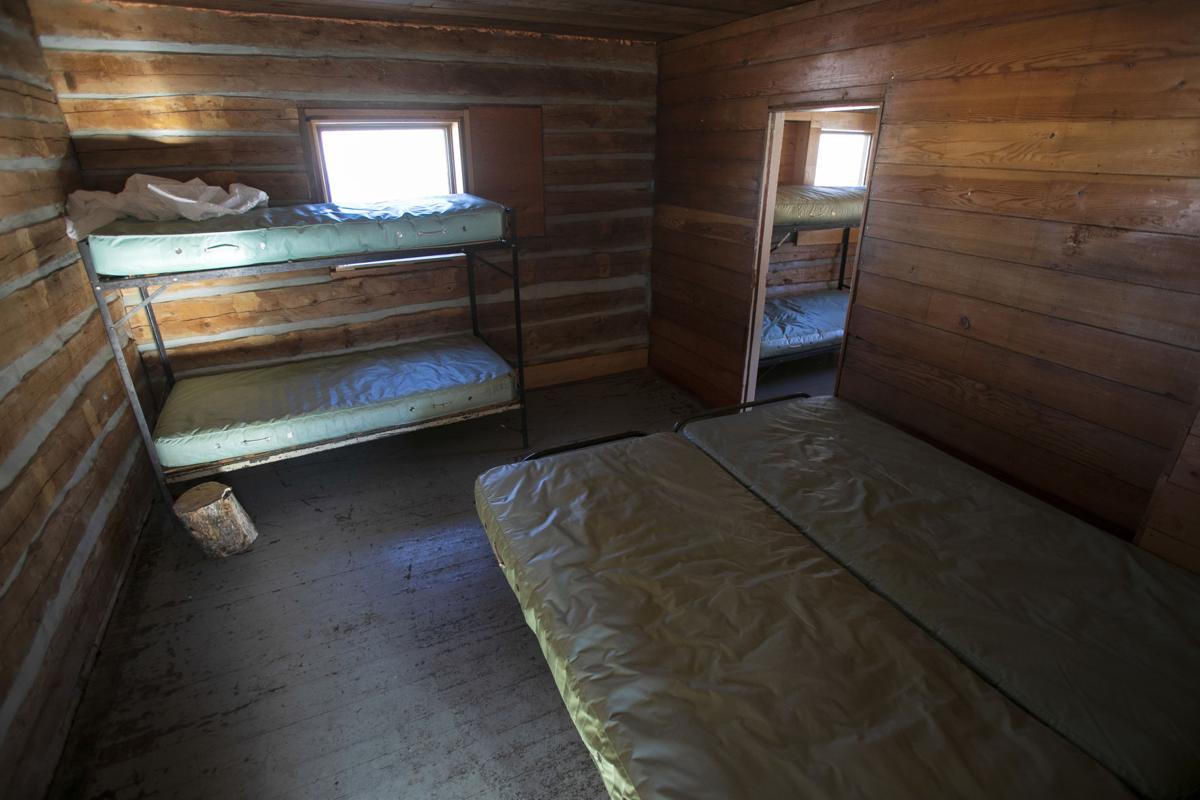 One of the two four-bed bedrooms at Porcupine Cabin. All but two beds were bunked. 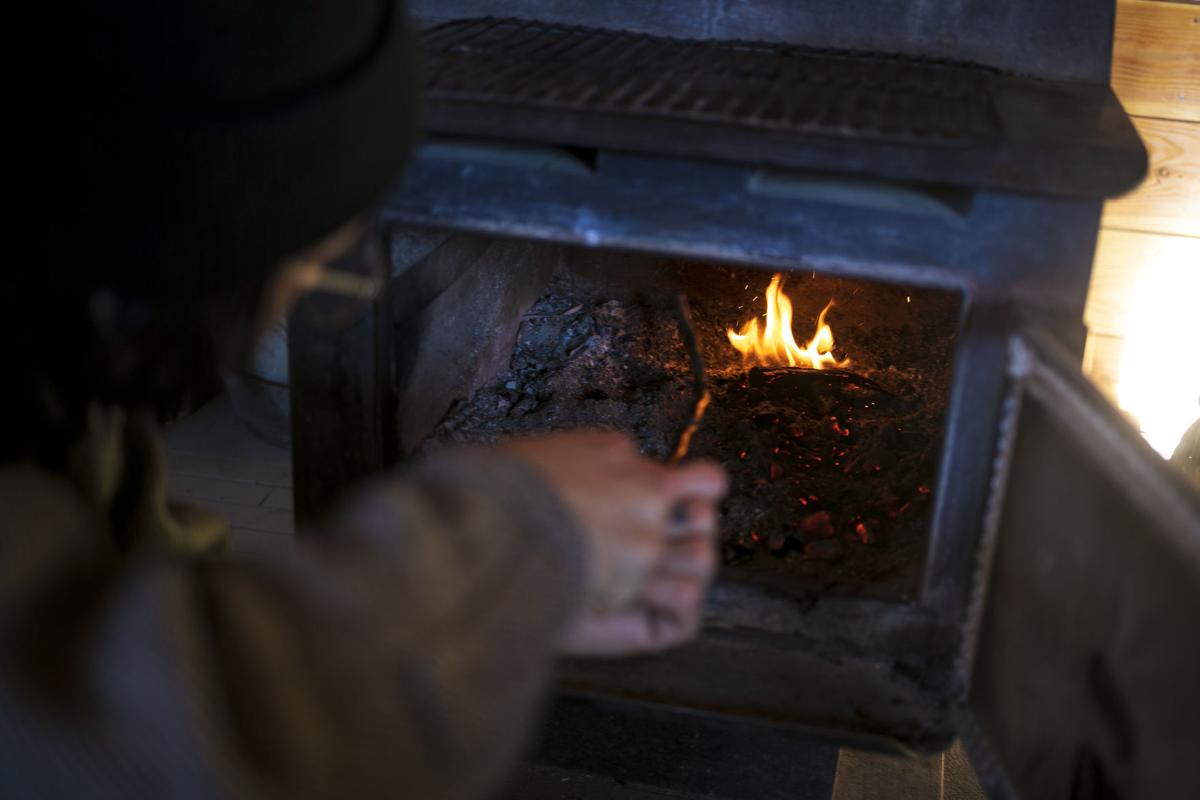 The last coals of the fire burn away at the end of a weekend stay at Porcupine Cabin. 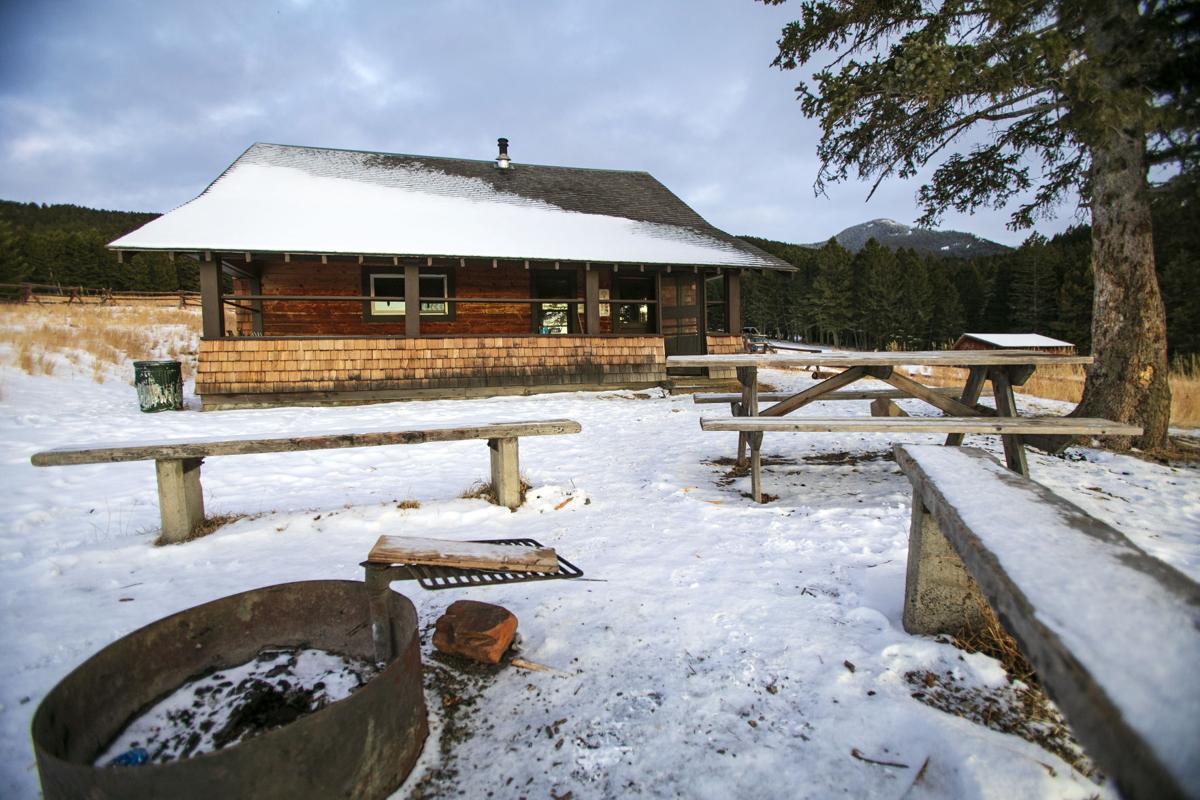 A dusting of snow covers the benches and ground in front of Porcupine Cabin in the Crazy Mountains near Wilsall. 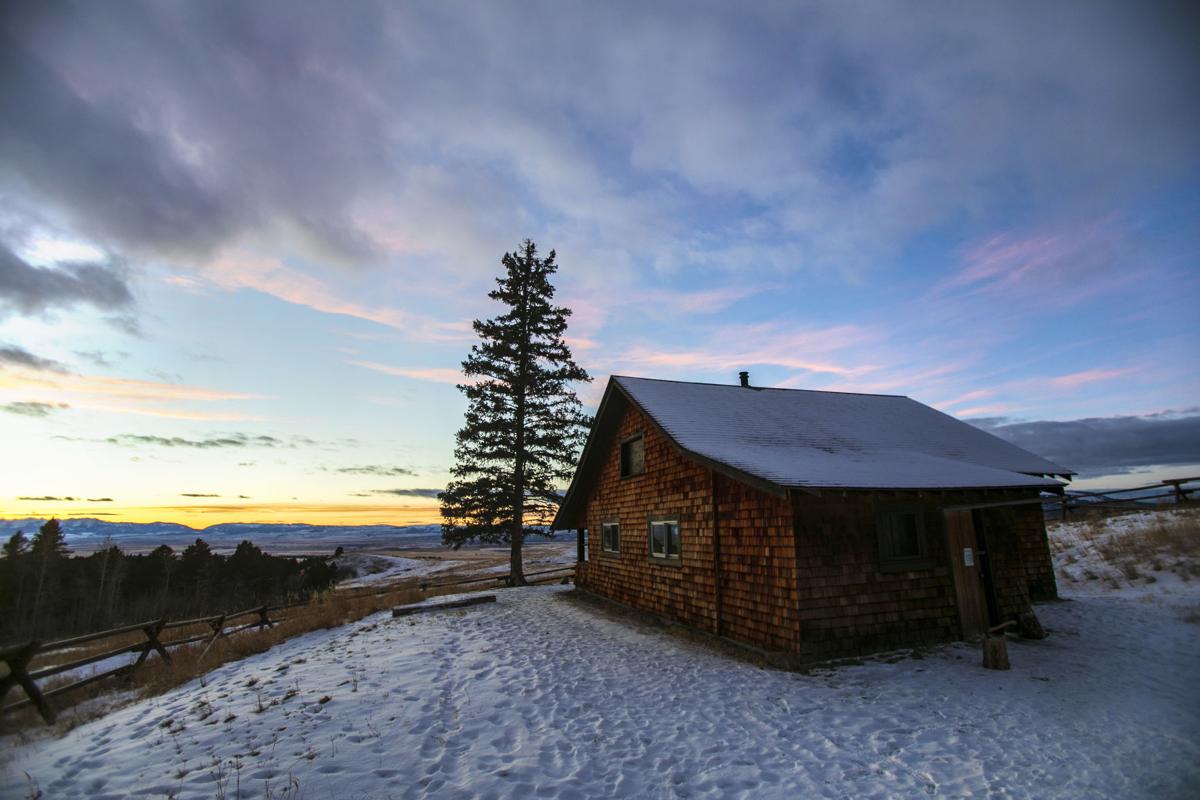 The sun sets beyond Porcupine Cabin on Sunday, Dec. 27, 2020, in the Crazy Mountains near Wilsall. Coyote howls were heard echoing from the Shields Valley around sunset each night. 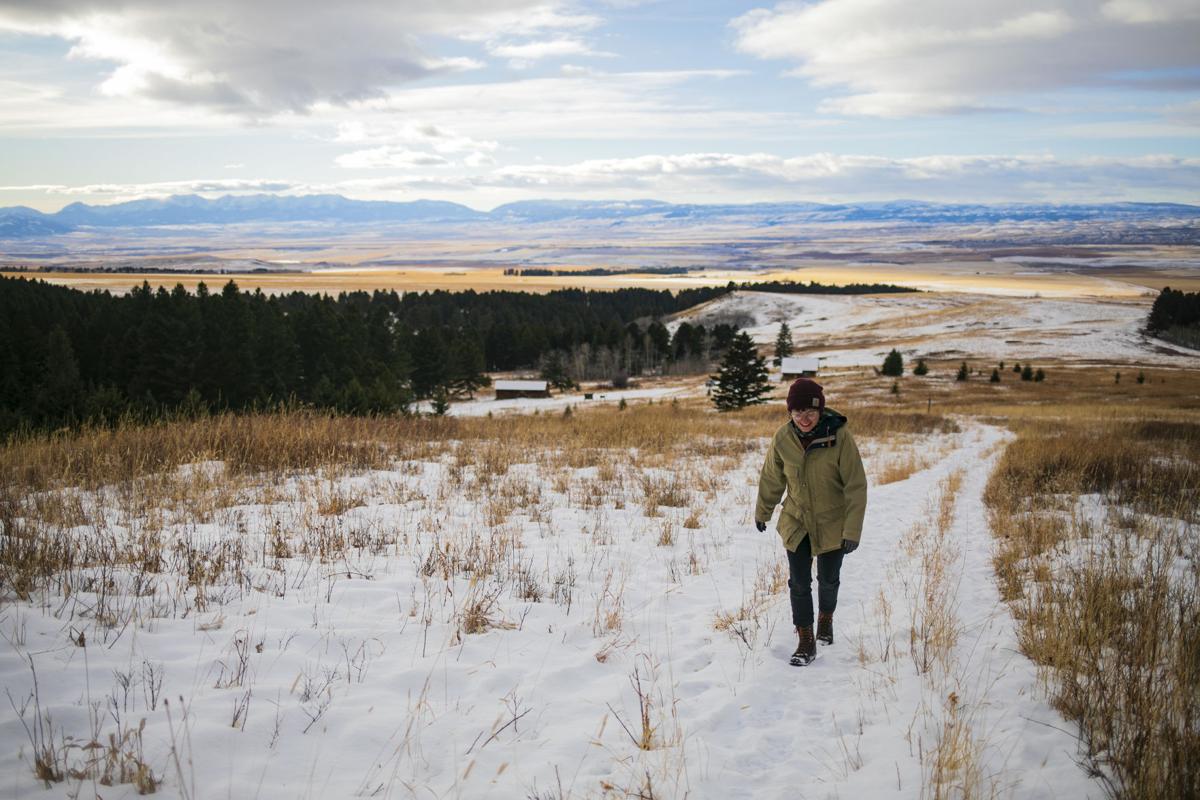 The view uphill from Porcupine Cabin looks west toward the Bridger Mountainss and shows the wood shed, left, and the cabin itself, right. The trail leading up from the cabin goes into the mountains for about eight miles before ending at Shields River Road.