For days before the two moose died, Mary Franzel did everything she could to scare them away.

She yelled. She stomped. She hurled kindling. But the mother and baby moose were unconcerned, mostly ignoring her aggression, continuing instead to munch on cedar boughs near her Clark Fork, Idaho, area home.

“Baby was a little more willing to trot off than mom was,” Franzel said.

Franzel, a veteran of living in rural North Idaho and a native of Minnesota (the land of moose and lakes), knew it was a bad situation. These moose were clearly habituated to humans, and the big ungulates, which are routinely 6 feet tall at the shoulders and weigh more than 1,000 pounds, can be dangerous.

But nothing worked, and Franzel had a sneaking suspicion why: She lives in rural suburbia. Her home is one of 75 or so houses on 5-acre plots two miles north of Clark Fork. She estimates more than half of her neighbors feed deer and moose throughout the winter.

“I’ve a watched a neighbor hand-feed (deer) peaches,” she said.

Feeding wildlife, particularly deer, elk and moose, can be dangerous. It habituates the large animals to human presence and can lead to aggressive behavior.

And the wrong kind of food, at the wrong time of year, can be deadly. But the two moose in Franzel’s yard looked healthy and were behaving normally, other than being unafraid of Franzel.

“I’ve seen some really scuzzy looking moose and these two looked beautiful,” she said. “Their coats were very lovely.”

And then they weren’t.

On Jan. 28, her dogs (who have a fenced-in outdoor area) were barking like they “meant it” and aiming their snouts toward the back of Franzel’s home. She walked into one of the back bedrooms and found the mother moose leaned up against her window, with her baby anxiously mewling nearby.

“First I thought the mom was taking a snooze,” Franzel said. “So I went to bang on the window, then I was like, ‘No that’s not natural.’ ”

The mother moose was dead and her baby orphaned. Over the weekend, Franzel tried to figure out what to do with the carcass. Eventually, a friend of Franzel’s, who is a wolf trapper, dragged the moose away to use as wolf bait, which left the baby moose alone and increasingly aggressive, often flaring its ears back and raising its hackles.

Worried about going into her own backyard, Franzel didn’t know what to do. She called the Idaho Department of Fish and Game and they offered, after some back-and-forth, to come and shoot the baby with rubber bullets in hopes of scaring it away. Franzel wondered if she’d have to kill the animal herself.

And then, the baby also dropped dead.

The cause? Those good-intentioned neighbors.

“They were in great health. Coats were in perfect winter health. No tick loads. Had a healthy amount of fat this late in the winter,” said Matt Haag, the IDFG enforcement officer who covers the area Franzel lives in. “The one thing that gets them this time of the year is feeding them really dense nutrient-rich food.”

Ungulates, such as moose, have evolved to eat different types of food at different times of year. During the summer, they are able to metabolize nutrient-rich food, Haag said. During winter, however, their bodies are adapted to get by on fewer calories and their stomachs can’t process carbohydrates well. When moose and other ungulates browse in the winters, they’re mostly just filling their stomachs with woody material that has almost no nutritional value, Haag said.

This is how these animals evolved to survive harsh winters. That delicate balance is upended when they start eating a carbohydrate-rich diet at the wrong time, Haag said. The unprocessed carbohydrates ferment, leading to a “rapid production of massive quantities of acids in the rumen,” according to a Colorado State review of ruminal acidosis. Those acids damage the rumen lining, allowing bacteria to leak into the animals’ bloodstream, and can cause other problems. This disease is commonly called grain overload and is deadly.

Haag has worked as a game warden in the Clark Fork and Sandpoint regions of Idaho for 17 years. In that time, he’s seen a huge uptick in animal feeding, driven partly by new people moving into the area unaccustomed to the realities of rural life. That’s been compounded by stores and brands specifically selling deer feed.

“I’ve seen a huge increase,” he said. “Walmart sells deer corn and it flies off the shelves.

“It starts off as a very innocent thing, but little do they know it’s deadly.”

Quantifying exactly how many deer, elk or moose die of ruminal acidosis is impossible, as most will wander out of sight of humans. But Haag worries it will impact overall ungulate populations, particularly when combined with other wildlife diseases and ecological changes. It’s not limited only to intentional feeding. In January, three elk – two cows and one calf – were found dead after eating the ornamental plant exotic yew in southern Idaho.

“With the presence of chronic wasting disease, which is inevitable I think in our area, boy, we will see some serious die-offs,” he said.

“It’s really frustrating,” he said. “We are one of the few states that doesn’t have a feeding ban.”

Washington doesn’t have a feeding ban either.

As for Franzel, the entire experience was heartbreaking and one she hopes prompts change.

“It is very frustrating,” she said. “When I’ve tried to talk to neighbors who put food out for the deer … they refuse to believe the science and potential harm behind what they are doing.”

The 2022 Spring Mack Days are coming to a close and an elusive $10,000-prize fish named "The Captain" remains at large.

For the first time in two years, Yellowstone National Park visitors will be able to drive from Tower to Canyon Junctions across Dunraven Pass, now that road construction is complete.  The fascinating geology of this part of the park spans from well before Yellowstone’s recent volcanism to the latest glaciation of the region.

Canyon Ferry: Rainbow trout fishing is a little slower, but fish are still cruising the shorelines on the north end.

Bitterroot Audubon May meeting to be held in person

Pneumonia, a disease often deadly for bighorn sheep, has killed nine sheep in the Little Belt Mountains and infected others, wildlife officials say.

The bear has not gotten into any conflicts. 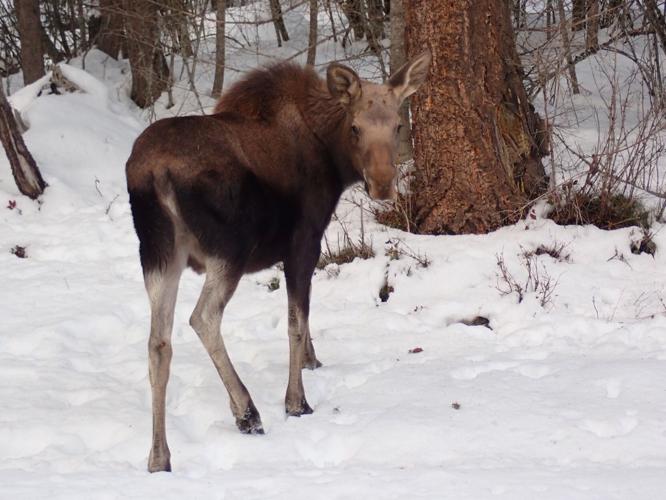 This baby moose survived for a little while after its mother had died from eating nutrient-rich food provided by humans. 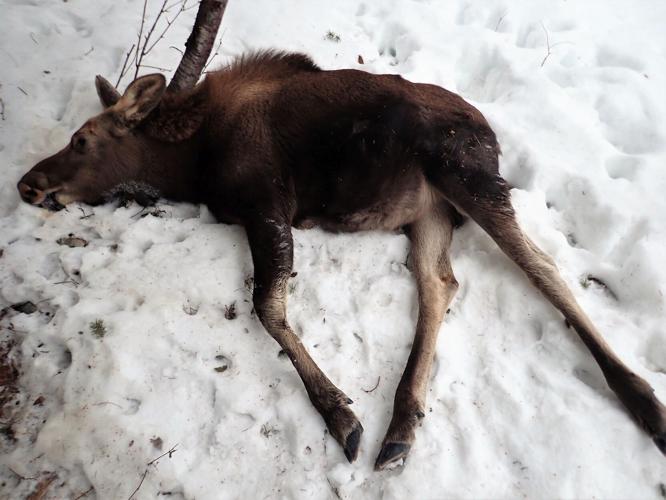 The moose calf, like its mother, died from being fed by humans.