Even though it’s still autumn, two early season snowstorms and a winter forecast for above normal snowfall is prompting downhillers to dream of the upcoming skiing and snowboarding season.

For western Montanans, probably the biggest news is the long-awaited opening of the new Snowpark chairlift, which will almost double the size of the Montana Snowbowl ski area. The chair will carry riders 1,300 feet from the base of TV Mountain to the summit. Most of the new runs serviced by the chair are beginner and intermediate.

“The expansion adds a little over 1,000 acres and gives us about 2,200 total acres in the permit area,” said owner Brad Morris. “So for next season, we will have open the west and north side of TV Mountain. Runs to the south and east are the next phase.”

Morris said the chair’s name pays homage to the original ski area in the 1950s, where rope tows and a poma lift brought skiers to the top of TV Mountain. The new chair is a double seat Riblet that formerly serviced the Snowmass ski area in Colorado.

Snowbowl is targeting Dec. 6 as opening day, but may open earlier if conditions allow. Regular adult lift tickets are $52 this year; children younger than 5 ski free, ages 6-12 pay $25 and students are $47.

Discovery Ski Area also worked on its lift services, lowering the Easy lift so it’s not as scary for beginners, according to Ciche Pitcher, the ski hill’s president. They also put new “guts” into the chair’s operating mechanisms to ensure fewer breakdowns.

“A big part of our business that we try to focus on is teaching people how to ski, and we’re trying to be a fun place for families,” Pitcher said.

They’ve also finished the road that provides a more direct route from Philipsburg, and the plan is to open the Silver Chief lift if snow conditions allow.

“This new road takes you to a small base area at the backside of the mountain,” Pitcher said.

The famous chocolate chip cookies are available this year, as always, and Pitcher said they’ve re-arranged the cafeteria to provide better traffic flow.

Discovery hopes to open on Thanksgiving Day, which is Nov. 28 this year. Adult lift tickets are $52 and $28 for children.

Whitefish Mountain Resort made most of its improvements this year with an eye toward powder hounds. Riley Polumbus, a spokesperson for the resort, said they’ve installed a “snow stake” with a camera and a light at the summit so people can see the 24-hour new snow totals and the base depths.

“Now you’ll have a way to see in the middle of the night if we get a storm come in. So you can go to bed early and sleep well knowing you can get up first thing and see how much powder we received,” Polumbus said.

“On busy days it will direct people where to go so you’re not spending time finding places to park,” Polumbus said.

Big Sky Resort’s focus also is on off-mountain activities after opening its new Ramcharger 8 lift last year. They’re adding more than 500 new parking spaces in Mountain Village, east and downhill of the current lot. Skiers can walk a short distance to the slopes, or use the parking shuttle system, which is increasing capacity by 50 percent, according to Big Sky spokesperson Stacie Mesuda.

Skiers also will find a new hotel this year, with 129 suites and a full-service restaurant and bar. The Wilson Hotel is named after President Woodrow Wilson, who signed the act that created the National Park Service.

Big Sky also is renovating the food hall, with six new “food concept” stations ranging from sushi to pizza. An additional 350 seats will nearly double the number of places for skiers and boarders to relax.

At Great Divide Ski Area northwest of Helena, while their new chairlift isn’t installed they have cut runs into about 150 acres of new terrain that’s accessible using the existing Rawhide chair.

Owner Kevin Taylor said the new runs are a little steeper and provide glade skiing to the south of the Big Open terrain.

“We had crews knock down over 1,000 trees in one day alone,” Taylor said, noting that was one of the first areas he leases from the Bureau of Land Management that was hit by mountain pine beetle epidemic in 2007. “It wasn’t economical for the BLM to do commercial logging in there, but they did clean it up a lot for us. It will be hard for people to resist going over there this year.”

Taylor likes to boast that Great Divide typically is the first ski area to open in Montana. During the past two years they’ve started skiing around Nov. 10. After the early season snowstorms this year people already have been hiking up and skiing down.

Representatives from Bridger Bowl and Red Lodge Mountain couldn’t be reached for comment. Bridger anticipates opening Dec. 6. Single day lift tickets are $63 for adults, $25 for children age 7 to 12, and $35 for seniors age 70 to 79. Last year Bridger updated its beginner hill by adding a new lift and covered Magic Carpet conveyor.

Students gear up at University of Montana sale

Anyone heading to Idaho this weekend might want to consider putting their snow tires on first. Lolo, Lookout and Lost Trail passes are each ex…

Whitefish Mountain Resort opened for skiing on Friday and Discovery Ski Area opens Saturday to get the jump on western Montana ski hills. Four others are waiting for more snow. 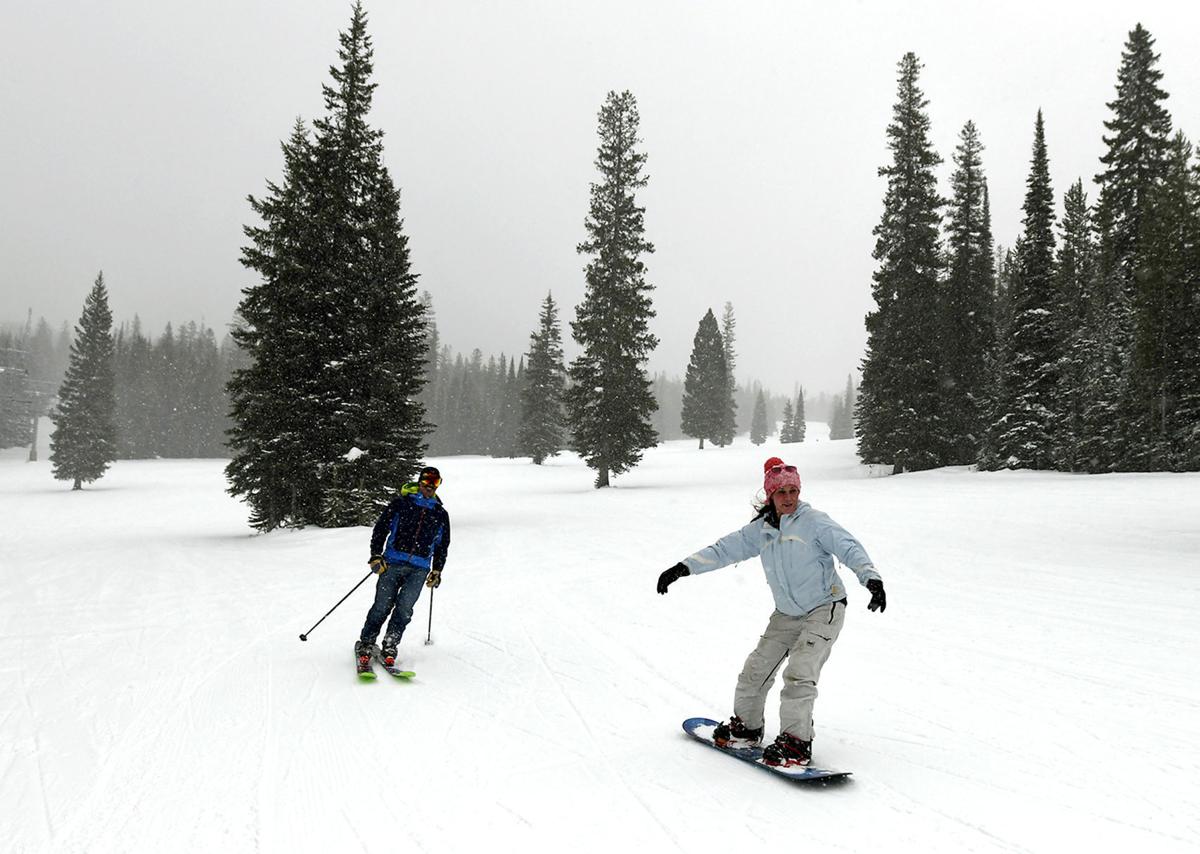 A snowboarder and skier make their way down a run at Discovery Ski Area last year. Discovery has finished a new road that provides more direct access to the ski area from Philipsburg to the Silver Chief Lift, which would be open if ski conditions allow. 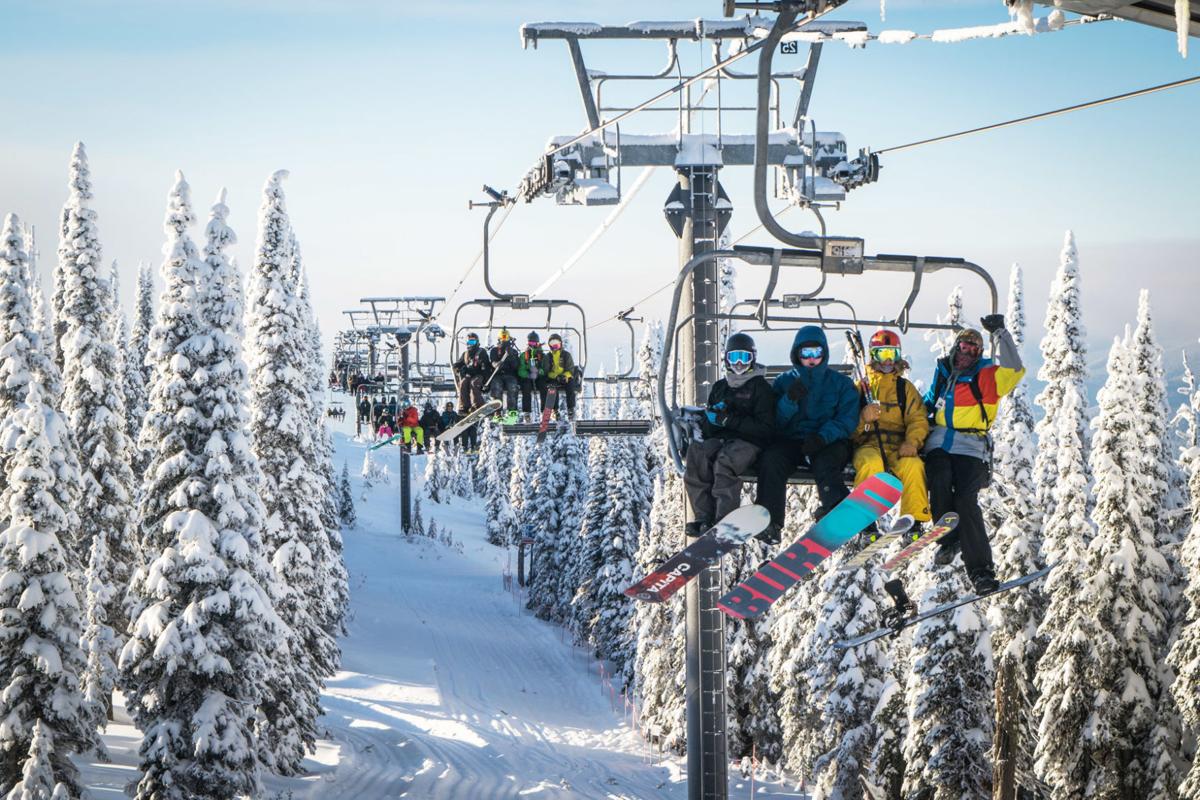 Whitefish Mountain has focused on infrastructure this season with more snowmaking equipment and improved parking. 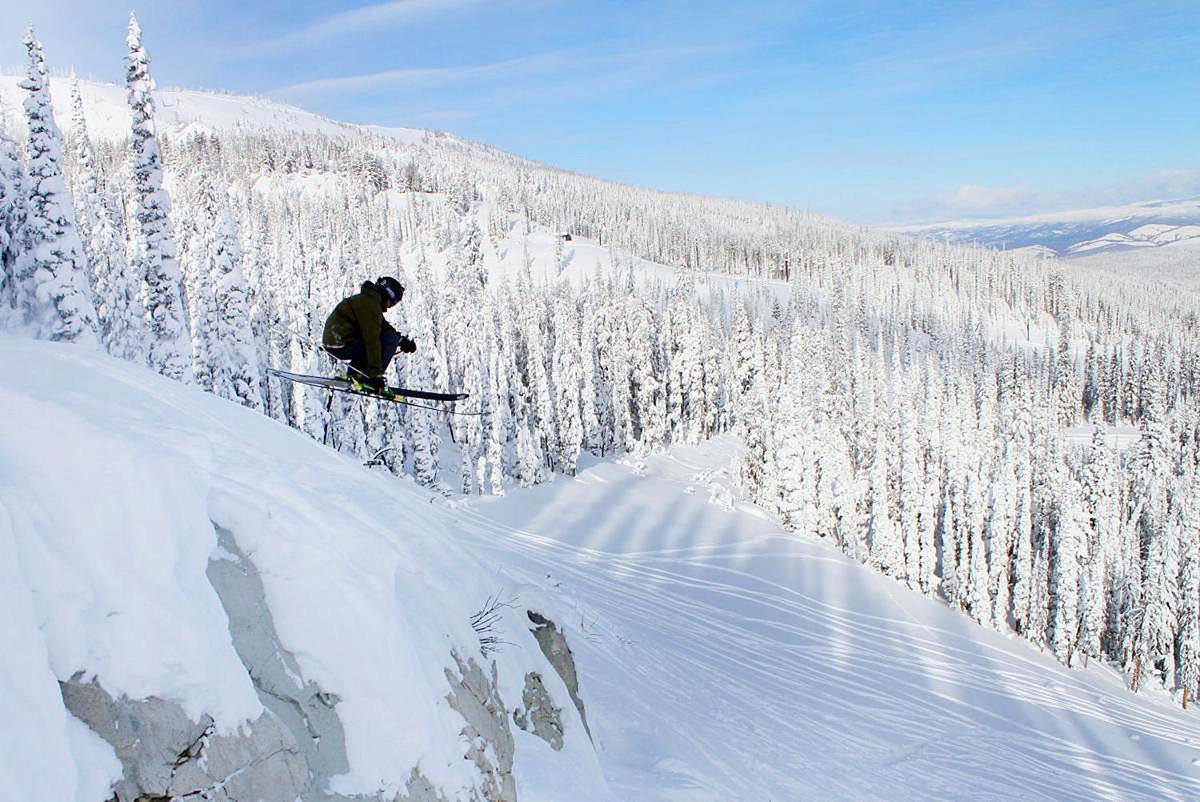 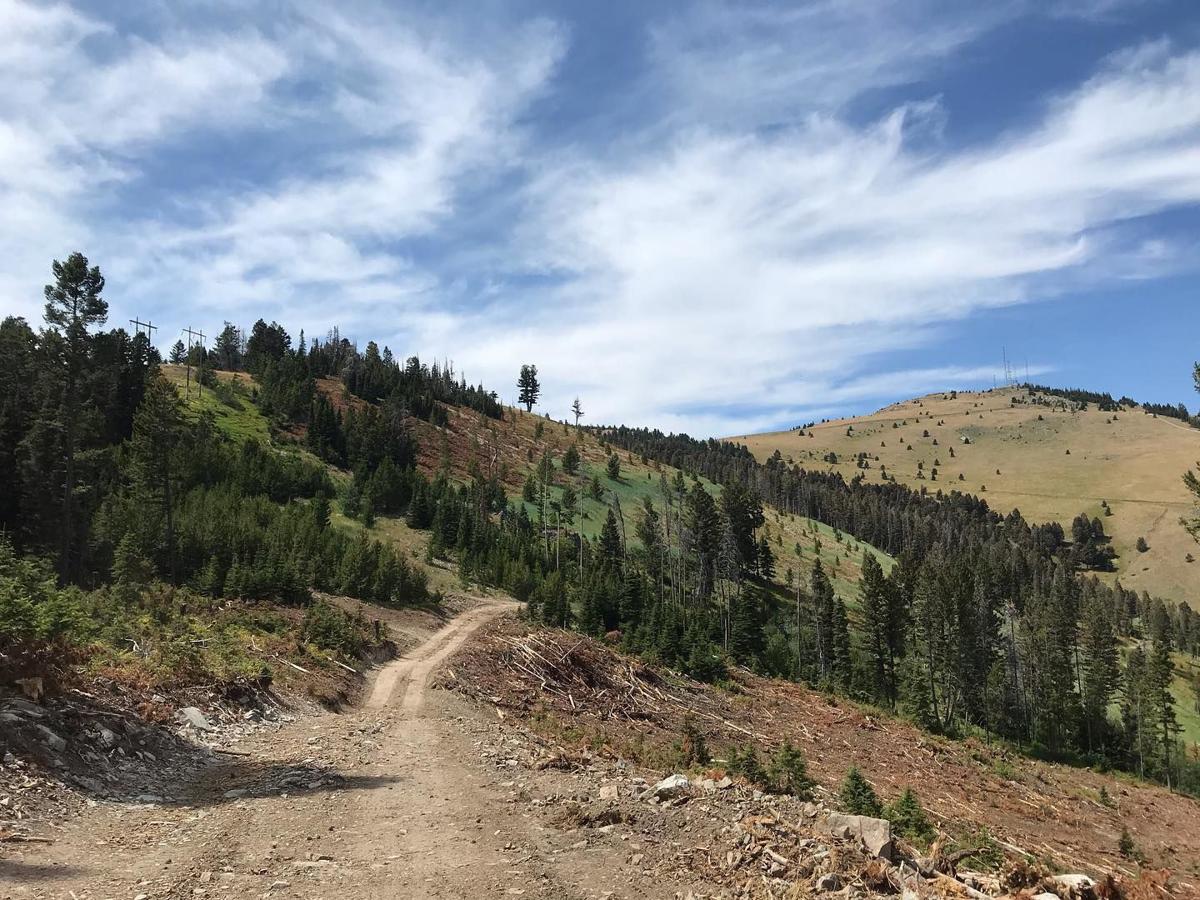 Great Divide has been working in the Tall Timbers area to open up about 50 acres of new terrain. In the coming years the ski area has plans for two new chairlifts. 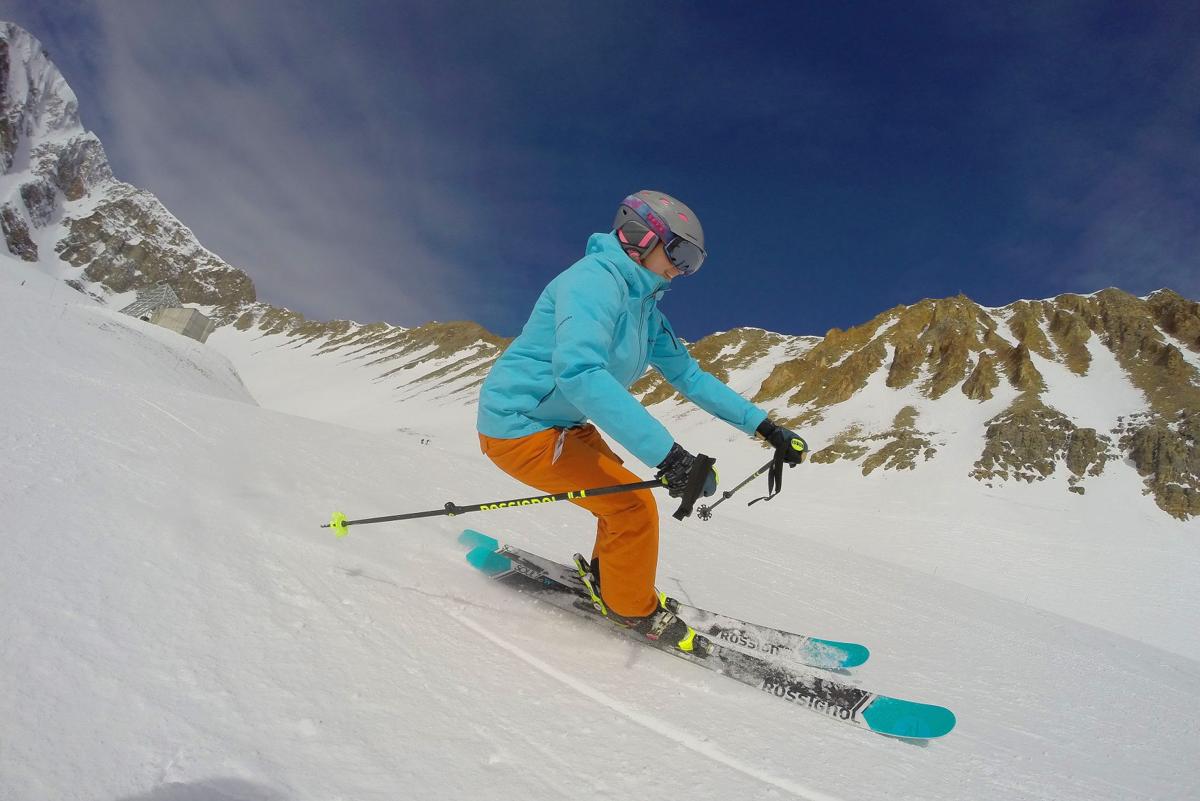 Big Sky Resort has expanded parking and changed up its food service this season. 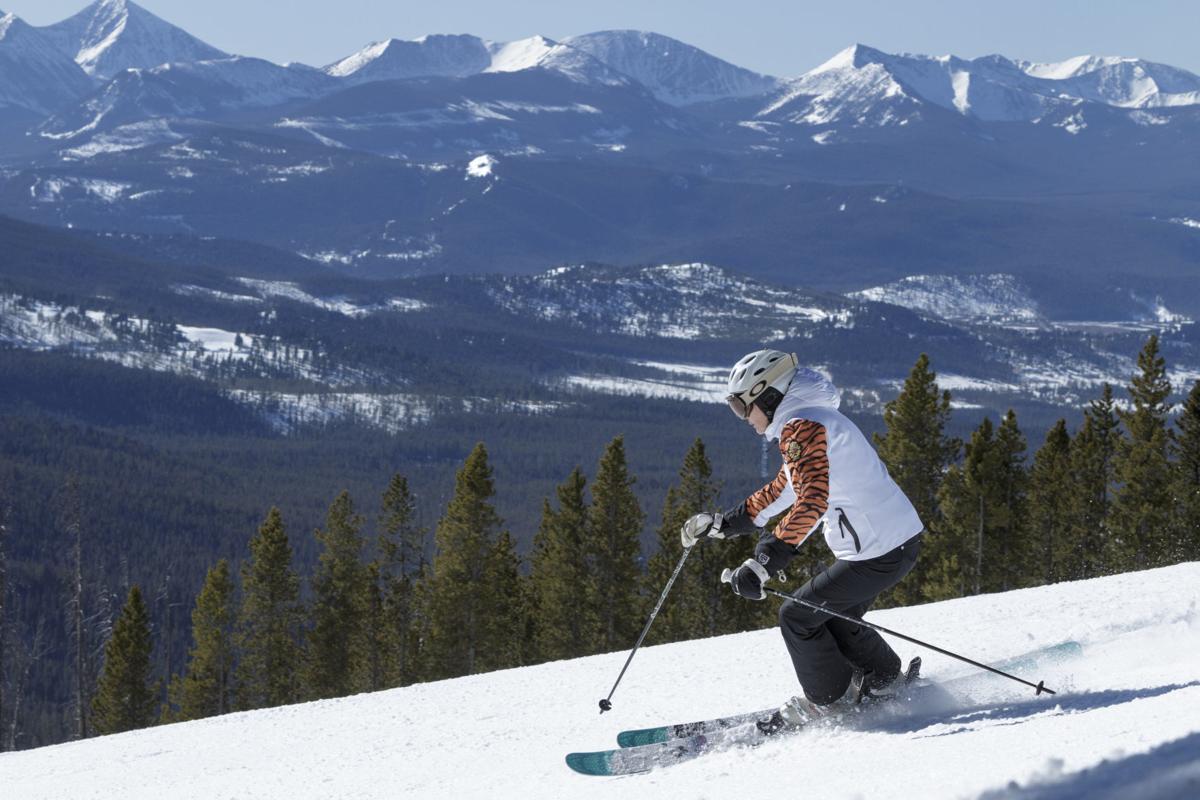 Discovery Ski Area is located next to the Pintler Mountains. 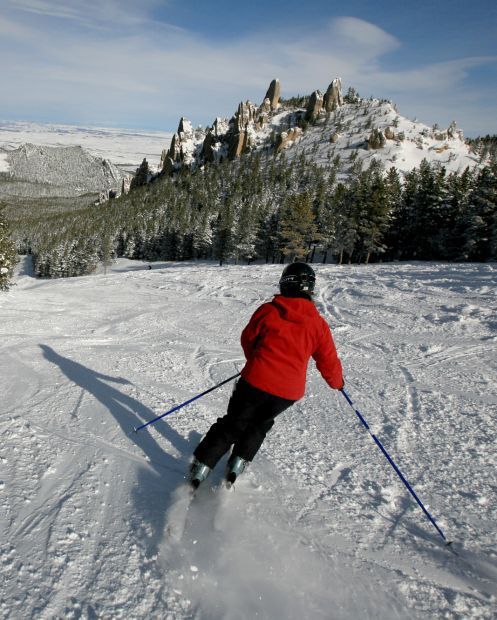 Red Lodge Mountain features two high speed quads on the west side of the area, offering scenic views of the limestone ridges known as the Palisades. 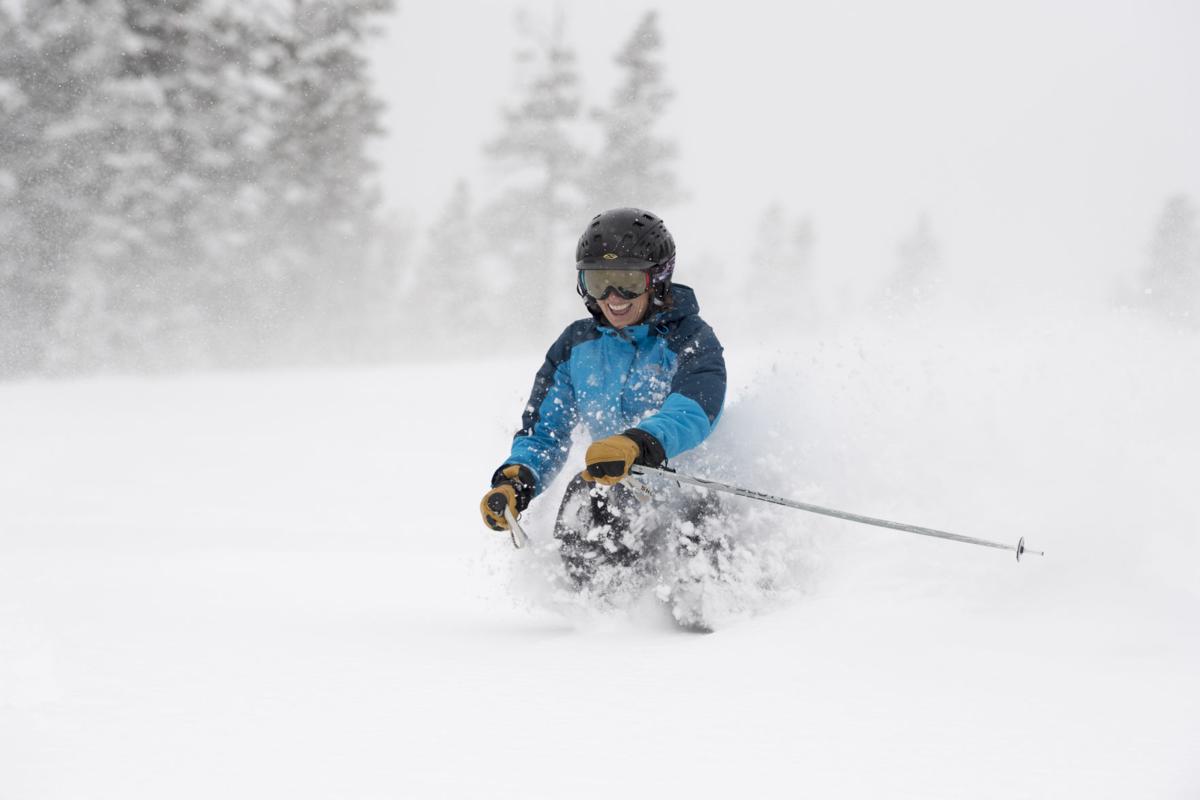 Known for its accumulation of early snow, Showdown Montana is located in the Little Belt Mountains between White Sulphur Springs and Great Falls.