An earlier floating season on the Smith River, low water levels affecting boat launching on Canyon Ferry Reservoir and less hydropower production could be some of the scenarios that affect Montana in a drier future.

These are just a few of the items found in the recently published Upper Missouri River Basin Study, a joint effort between scientists at the Bureau of Reclamation and Montana Department of Natural Resources and Conservation.

The 149-page study’s goal is to help communities and agricultural producers plan for possible water scarcity in the future. For towns like Bozeman and the surrounding Gallatin Valley, that could be especially important as the population is expected to double in the next 60 years.

The study is being released in a summer that has seen record low water levels at the largest reservoir in the United States, Lake Mead on the Colorado River. The reservoir hit its lowest level since being finished in 1930, triggering restrictions that will impact some farmers especially hard. The Colorado River basin, over the past 16 years, has recorded its driest period in 1,200 years, according to the Department of Interior.

Closer to Montana, Jackson Lake in Grand Teton National Park was drawn down to levels seen only three times in the last 30 years, according to the National Park Service. Water demand by downstream irrigators along the Snake River is translating to earlier than normal closures of the lake’s marinas as boat ramps become unusable.

Like the Colorado, the Upper Missouri River Basin is a vast and ecologically varied landscape. It extends from the Rocky Mountains in northern Montana to the Musselshell River in the south. In between is the main artery, the Missouri River and its many dams that stretch from Three Forks to the North Dakota border.

Along that 50,000 square miles of Montana, the Missouri and its headwater streams are the primary source of water for 320,000 people — about one-third of the state’s population — and irrigate 1.1 million acres of land. People living in Lewis and Clark, Gallatin and Madison counties make up the majority of the people dependent on the Missouri as their primary water source.

Agriculture is the primary use of the Missouri’s water, about 87% or roughly 1.7 million acre feet a year, according to the study. (An acre foot is the amount of water needed to cover one acre in 1 foot of water.) That compares to an estimated 12% that evaporates from reservoirs and the other 1% that goes to all other uses.

As the climate warms, scientists are trying to calculate what the effects might be by looking at past droughts and wet years and creating models to forecast what the future could hold. Obviously, no model is completely accurate, but trends can be seen.

Based on an analysis between 1950 and 1999, daily average temperatures increased by 1.4 degrees in the basin. While the volume of annual runoff did not change, “the timing of snowmelt and seasonal runoff peak has shifted toward earlier in the year.”

If runoff from the mountains comes earlier, flooding will also hit sooner in the spring or even late winter. That’s a scenario that played out this spring on the Upper Missouri River Basin. Low mountain snowpack and a warmer spring led to historic low flows this summer into Fort Peck Reservoir, the lowest July flows in 123 years of record keeping. The U.S. Army Corps of Engineers is predicting if its annual forecast holds true, 2021 could be the 10th driest year since 1898 for the Upper Missouri.

“The shift in seasonal runoff will be most pronounced along the Rocky Mountains,” according to the study. “The shift is not projected in lower elevation watersheds, such as the Judith River basin.”

To compensate for the changes, the agencies see Canyon Ferry and Tiber reservoirs as two resources that could be tapped for consumptive water use. For example, Canyon Ferry’s waters could be piped to the Gallatin Valley, which should have less need for irrigation as farmland is developed.

To reduce irrigation’s drain on the Missouri, efficiencies could be realized by converting more irrigation to sprinkler systems and piping water rather than using open ditches, the study noted.

The downside to these efficiencies, the analysis predicted, could be lower August streamflows and a decrease in hydropower production. Low flows on several Montana rivers was apparent this summer, starting with early fishing restrictions on the Ruby River and then spreading across the state as dry, hot weather persisted. Fish die-offs and stressed fish were seen in streams like the Madison and Big Hole.

The fishing restrictions concentrated anglers on streams like the Madison, Missouri and Bighorn rivers where water is dam controlled. If dry summers persist into the future, it could take a toll on the state’s tourism industry which relies on anglers to funnel about $907 million annually to guides and outfitters, as well as hotels, restaurants and grocery stores.

That doesn’t include other outdoor recreation that revolves around rivers and lakes, such as pleasure boating, commercial rafting and waterfowl hunting.

The study predicts that the Musselshell River Basin will be especially hard hit with more dry years, prompting a suggestion that a new reservoir on the lower end of the basin in the Horse Creek Coulee could be built.

“The reservoir would have the most significant benefits during moderate flow years when there are enough flows to store in the fall and supplement irrigation in the following spring,” the study said. “In dry years, the reservoir could provide supplemental irrigation water during the first year of a drought.”

Horse Creek Coulee is an ephemeral tributary to the Musselshell River near Melstone. In 2019 the Montana Bureau of Mines and Geology conducted a study to determine the sources of salinity in the region since saline water would damage crops.

On the Beaverhead River, the study said decreasing the drawdown of Clark Canyon Reservoir could improve summer flows. On the Sun River, new off-stream storage and increasing canal capacity are seen as possible ways to deal with drier years.

Water rights holders on the Big Hole River have collaborated to keep minimum instream flows providing a “demonstration strategy for addressing the need for greater drought resilience,” the study noted. This type of water conservation is key to the survival of species such as arctic grayling in the Big Hole and could also be important to the survival of downstream pallid sturgeon, an endangered species.

“Water shortages are common and increasing in the study area overall … and it is likely that the current imbalances between supply and demand will be intensified in the future,” the study noted.

The full report can be read online at www.usbr.gov/watersmart/bsp. In addition, the Bureau of Reclamation will host a webinar on Sept. 15 at 10 a.m. to share the results of the study.

Some Elk B license holders will have extended season

Low elk harvest during the general hunting season, which will end on Sunday, Nov. 28, prompted the seven-week extension.

Many of Yellowstone’s hot springs, geysers, mud pots and fumaroles look different depending on the season, year, or sometimes even the day one visits. Colloidal Pool, in Norris Geyser Basin, is an interesting example of a feature that changed over the course of summer 2021.

Threatened by a blinding snowstorm in the Bob Marshall Wilderness, a young trapper relies on the hooting of an owl to rescue him.

The first campsite reservations for the 2022 season will open for Painted Rocks State Park, located in the southern Bitterroot Valley, starting Nov. 26.

Montana is flush with variety when it comes to ski areas spread across the state.

Wild wild turkey trivia to spice up your Thanksgiving

Wild turkeys are weird looking birds. They remind me of what some dinosaurs must have looked like, especially their claws.

Idaho has set its fishing regulations for steelhead and salmon. 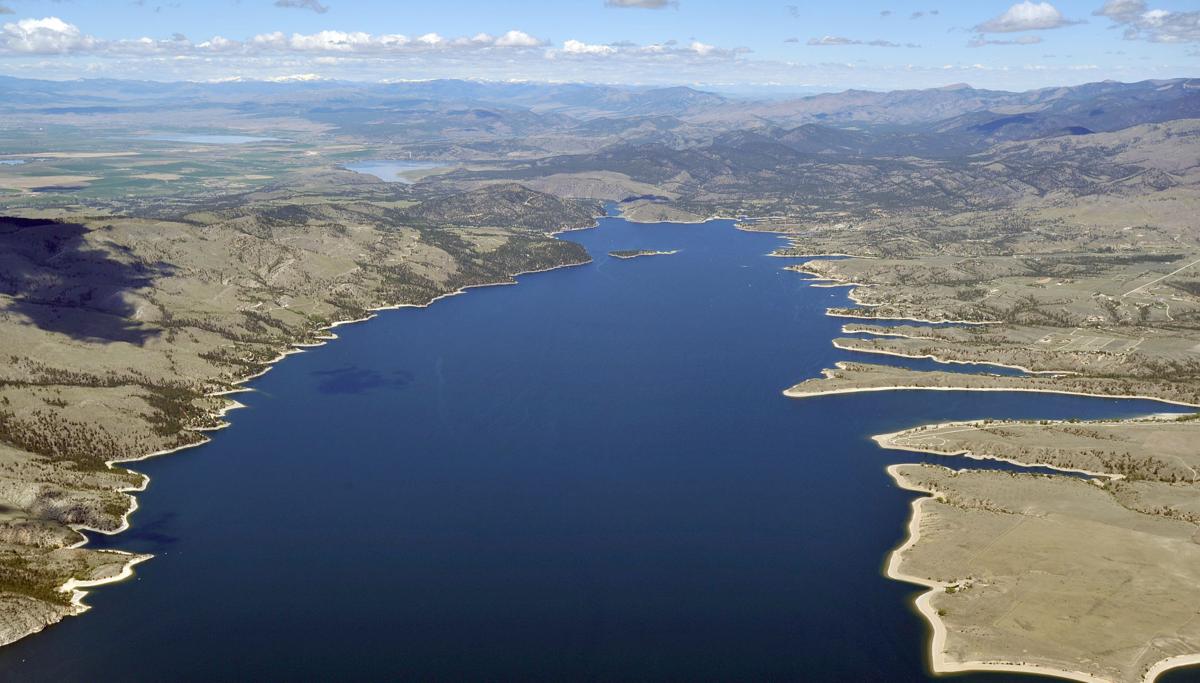 An aerial view from June shows Canyon Ferry Lake on the Missouri River. The reservoir's waters could be tapped to provide Gallatin Valley with more potable water as the area's population grows. 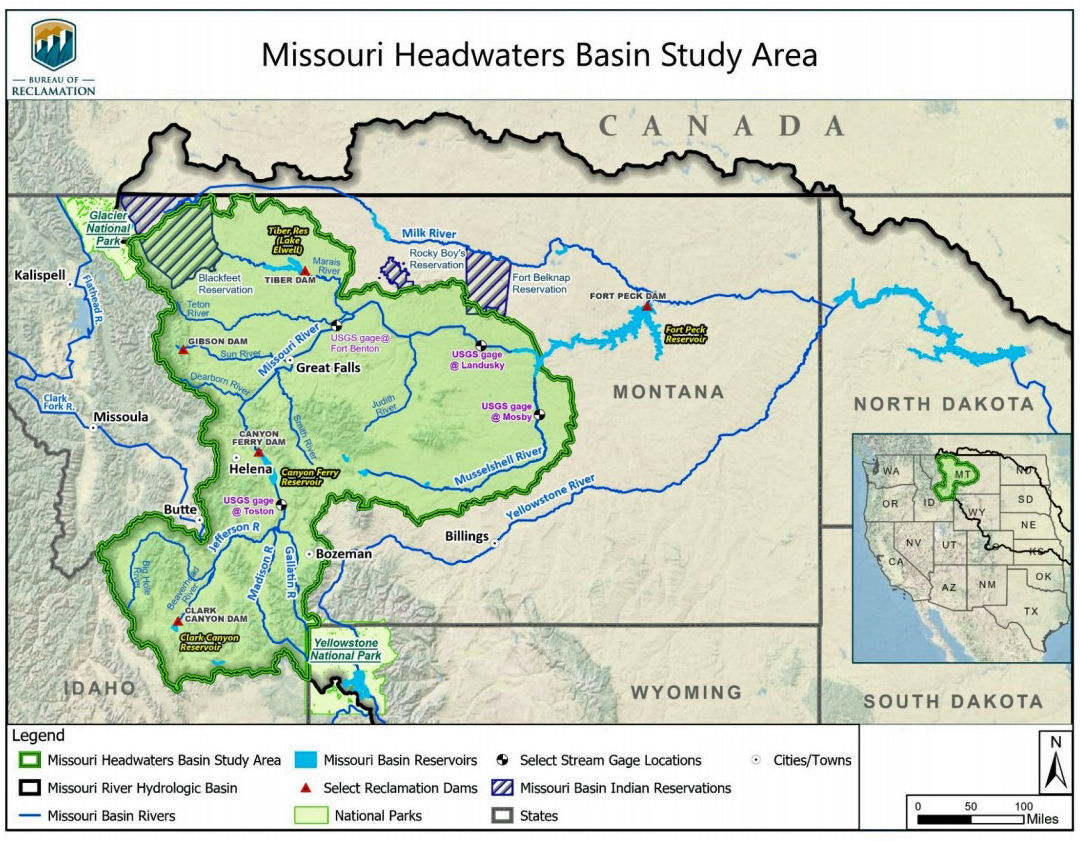 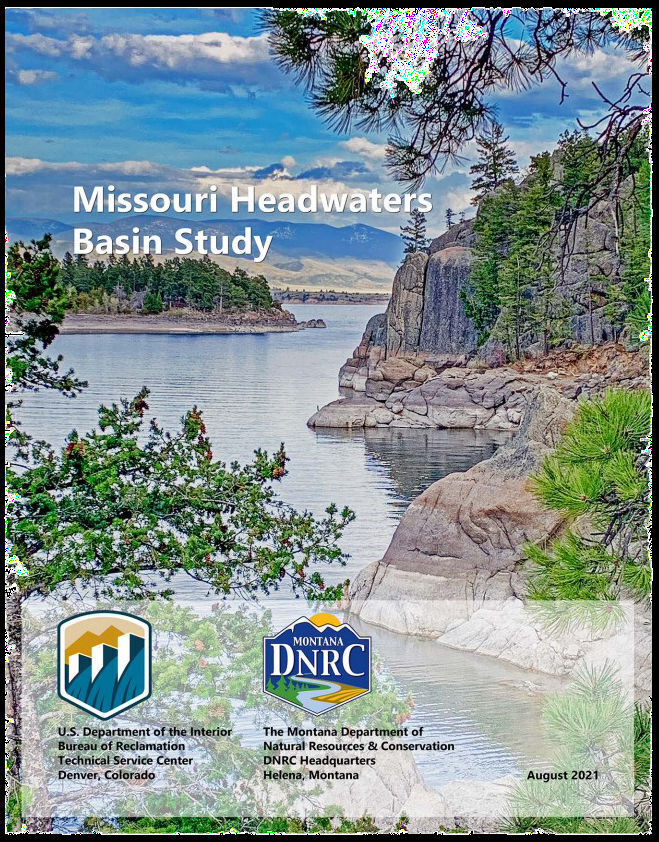 The Bureau of Reclamation collaborated with the Montana Department of Natural Resources and Conservation, along with others, to compile the report. 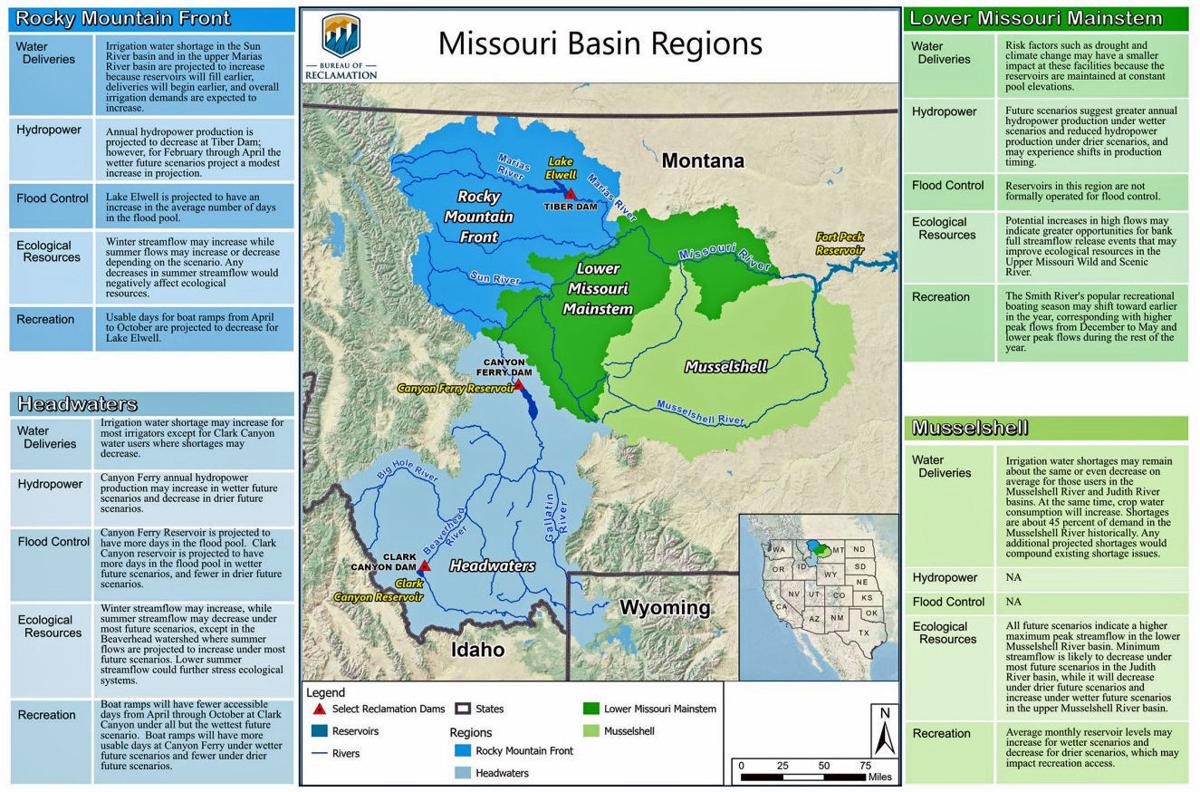 A graphic examines the different areas of the Upper Missouri River Basin and the challenges each area faces.