Reading Gerry Canavan’s “Octavia E. Butler” is like opening up a second screen on this great American writer. Not only does Canavan explicate the sources, patterns and preoccupations of Butler’s speculative fiction, he also explores her early drafts, false starts and unpublished fiction — and her notes to herself and others about her work. It may both thrill and chill Butler fans to learn, via Canavan’s voyages through her archives, that behind some of her dark, dystopian novels are even darker, more dystopian versions of those stories.

Canavan, an assistant professor of English at Marquette University, writes with an enthusiasm that matches his command of the subject. I’ll confess I had to look up an occasional word (hello, “alterity”), but I never minded doing so.

Butler (1947-2006) is best known among casual readers for “Kindred” (1979), which she called a “grim fantasy”: A contemporary African-American woman is continually pulled back in time to a slave plantation before the Civil War, eventually realizing that her existence depends on keeping a cruel white slaveowner alive, because he is one of her ancestors. When the Milwaukee Public Library chose “Kindred” as its Milwaukee Reads book in 2002, Butler spoke about how she walked along Maryland highways while researching the novel “to understand what her modern-day black heroine would encounter when she traveled back in time,” Geeta Sharma Jensen reported.

In 1995, Butler became the first science fiction writer to win a John D. and Catherine T. MacArthur Foundation fellowship, colloquially known as a “genius” grant. As a black woman SF novelist who made her bones when the field was often unfriendly, even hostile, to African-American writers, she continues to inspire people today.

While discussion of Butler’s distinctiveness often revolves around her race, Canavan points to a different fault line in her fiction: “One might say that Butler saw not race but men — masculinity, not just on the level of ideology but on the level of biology — as the real problem to be solved.” Citing the relationship of Doro and Mary in “Mind of My Mind” (1997), Canavan writes, “Over and over again Butler imagines an intense, cold, powerful, and attractive man who is usually a borderline abusive gaslighter — and then imagines a powerful female survivor as his associate-prisoner-competitor-lover (and typically all of them at once).”

In her journals, Canavan reports, Butler wondered why she often wrote about mixed-race couples, such as Dana and Kevin in “Kindred.” “She concluded,” Canavan writes, “that she wrote about them for the same reason she wrote about sexually egalitarian societies: an effort to imagine ‘not utopias, but societies in which women do as they please.’ ”

Canavan first encountered Butler’s fiction in college, reading “Parable of the Sower” (1993) as a freshman and then “Dawn” (1987) — his favorite of her novels — as a graduate student. He pitched this critical study of her work to the University of Illinois Press at roughly the same time the Butler archive opened at California’s Huntington Library, making him one of the first scholars to spend extensive time with her papers.

“Seeing her process … was an amazing experience, particularly the way she rewrote and transformed ideas,” Canavan said in a recent interview.

During these archival dives, Canavan read two fairly different versions of Butler’s unpublished novel “Blindsight,” featuring a blind man with psychometric powers who learns things about people and objects by touching them. Canavan describes “Blindsight” as a supernatural thriller a la Stephen King; Butler “felt sure she could match (King’s) tremendous successes if she could just find the right story … .”

While this is a critical study, not a biography, Canavan’s book offers many details about her life, including her fandom. She loved original recipe “Star Trek” and had a serious fan crush on William Shatner; she also watched “Deep Space Nine” and “Voyager” with interest. But she disliked Lando Calrissian in “The Empire Strikes Back,” seeing him as a cartoonish representation of black people. Canavan’s book republishes Butler’s smart essay “Lost Races of Science Fiction” (1980), which dryly notes that “Blacks find a certain lack of authenticity in a genre which postulates a universe largely populated by whites, in which the power is in white hands, and blacks are occasional oddities.”

The Huntington archive gave Canavan a rich view of how Butler wrote her work, but it also presented him with ethical decisions. Butler died suddenly at age 58 following a fall, without the opportunity to prune private materials from the archive if she had wanted to. “There are places where she’s very clearly depressed and writing about it,” Canavan said. “I tried to have a light touch with some of that stuff,” he said, explaining that he did not want to exploit her depression.

Canavan understands that some may look askance at a white male scholar writing about this black female writer. “I could never tell somebody not to be irritated about that,” he said. A good thing, he points out, is that other scholars are also doing great work on Butler, such as Ayana A.H. Jamieson, founder of the Octavia E. Butler Legacy Network.

He began his critical work with the desire to read and understand Butler specifically as a science fiction writer. But as he burrowed in deeper, Canavan became aware of Butler’s desire not to be siloed or limited to a single audience. Later in her career, she pushed her publisher to court the New Age audience, wanting to add them to the circles of SF fans, African-Americans and feminists already reading her. She wanted to write bestsellers.

For readers new to Butler, Canavan suggests “Kindred,” “Dawn” and “Parable of the Sower” as good entry points. For post-Butler reading, he recommends Nnedi Okorafor, Nalo Hopkinson and Nisi Shawl, three active writers “who take her trajectory and move it in different ways.” He also likes “Octavia’s Brood: Science Fiction Stories from Social Justice Movements” (AK Press), an anthology of stories whose writers, Canavan said, look to Butler “almost like a figure out of her own work.”

MISSOULA — Our daughter Pamala Burke McDavid passed away of natural causes on July 31, 2020. It is with great sorrow that I write these words,…

Due to the coronavirus pandemic, between 80 and 90 people live in makeshift shelters on the Reserve Street floodplain, nearly three times as many people as would normally live there.

Loss of fall Griz football season would be 'heartbreaking' for Missoula businesses, workers

One hotel manager in Missoula said three quarters of his staff will be out of a job this fall if there's no Griz football season.

City at odds with Grant Creek on $120M project

The director of the city's housing office said there should be equitable distribution of high-density housing rather than just letting certain areas shoulder the burden. 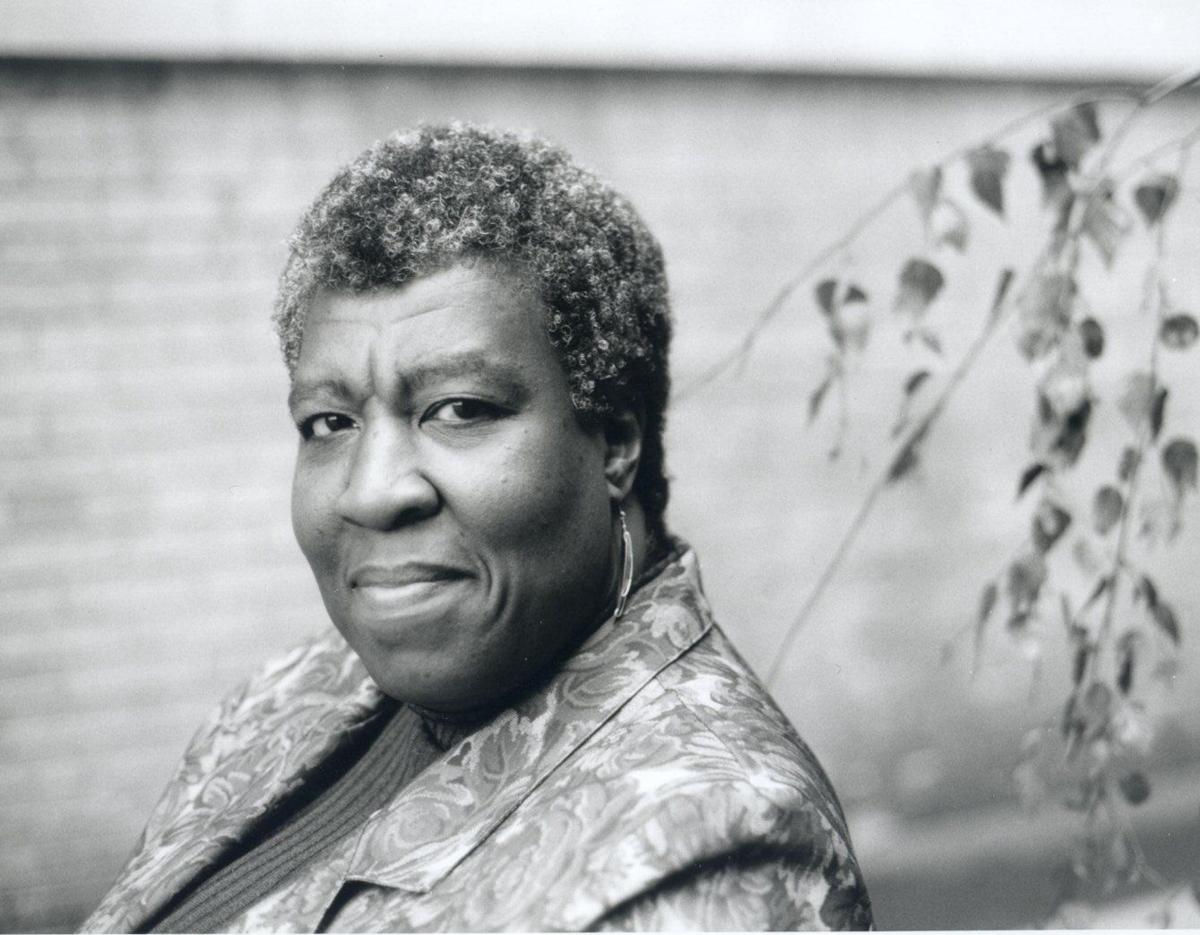 The late Octavia Butler is shown in an undated publicity photo. 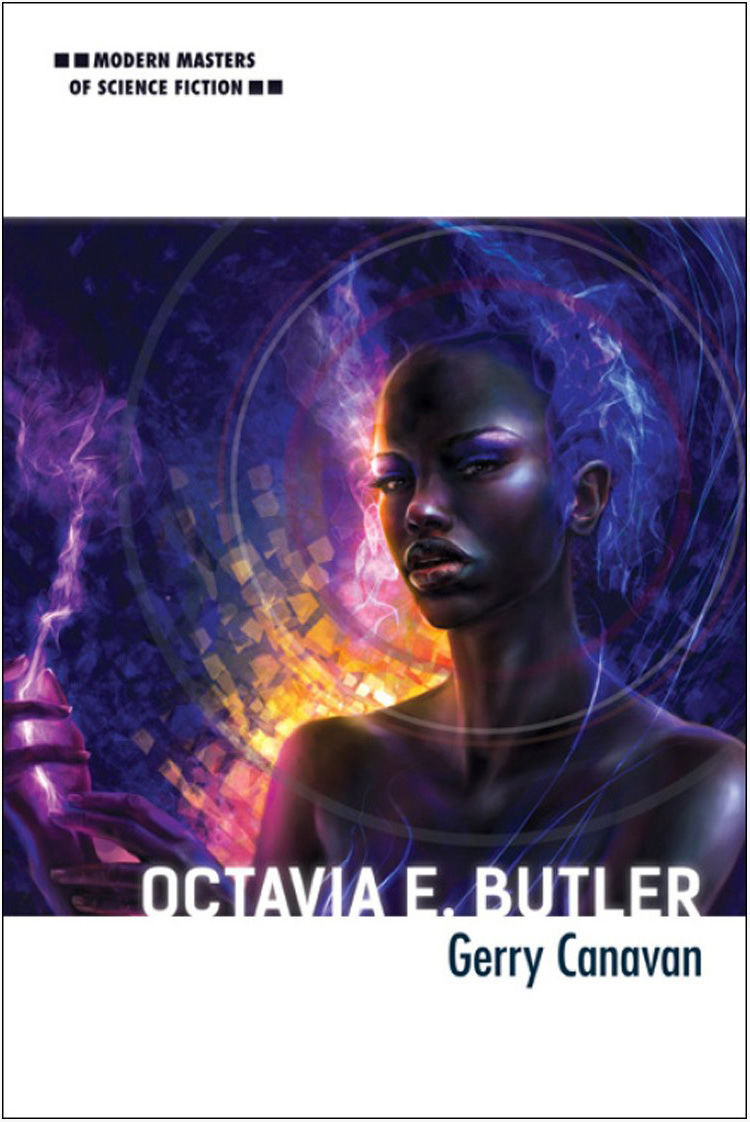